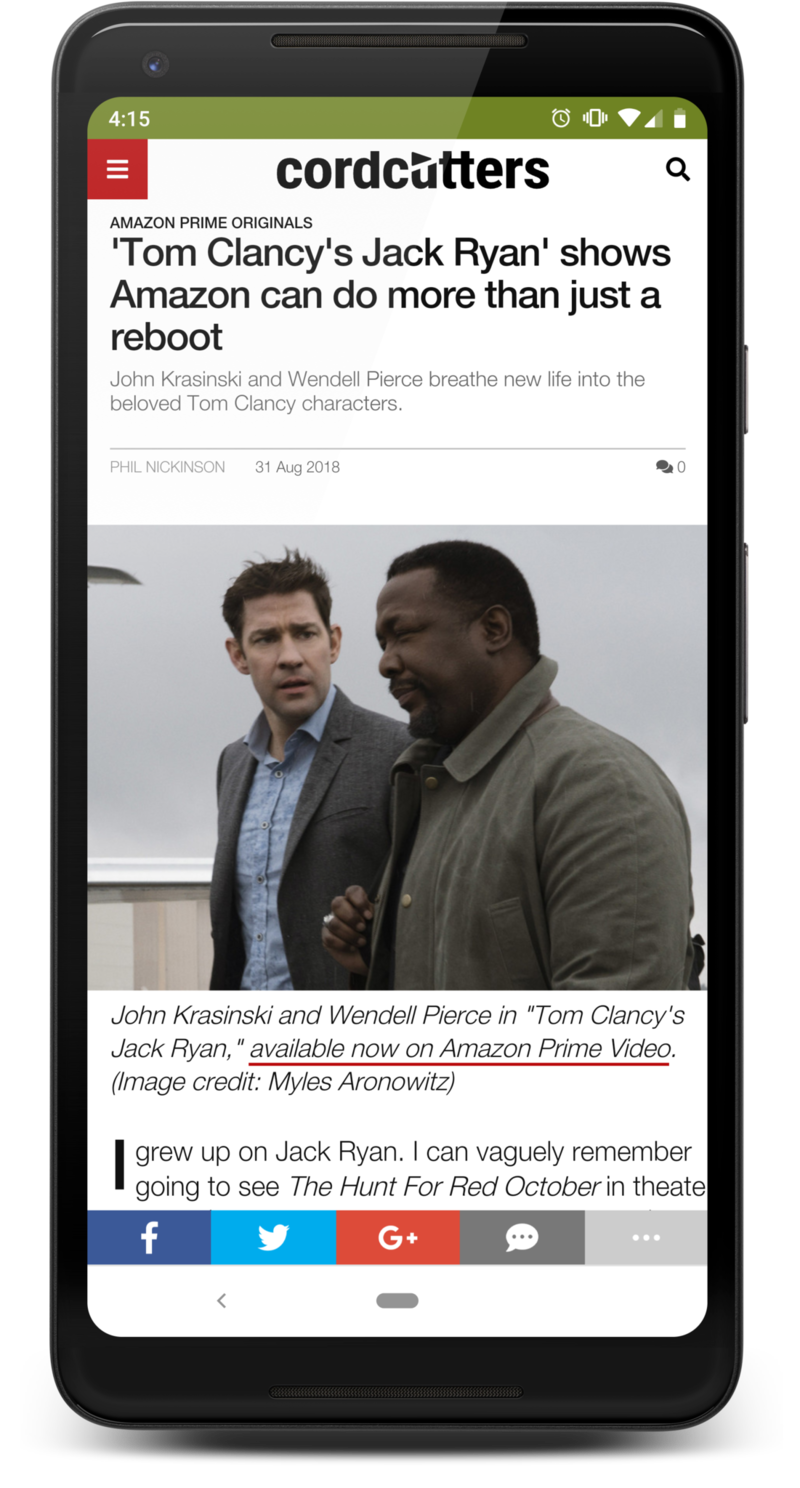 Hype. You missed the hype. Or, maybe there’s been no way to avoid it.

Amazon has been hyping Tom Clancy’s Jack Ryan for what seems like forever. Months and months. And now it’s finally here, available for binging on all the platforms that support Amazon Prime Video. (Which is pretty much everything.) And the while I’m not usually a fan of blasting through series so fast it’s almost impossible to do so with any real enjoyment, Jack Ryan didn’t once slow the pace. At only eight episodes — with the longest coming in at barely over an hour, and the shortest clocking in at 42 minutes — it’s a quick, easy watch.

And the series was good. Maybe not great, but definitely watchable. John Krasinski is a pretty benign Jack Ryan — a character who perhaps is rivaled only by Jack Bauer when it comes to one person finding himself in the middle of all sorts of terrorist hijinks. Wendell Pierce is great as Jim Greer (with a spoiler-riffic — yet ultimately superficial secret, and his expletives remain in the caliber of Mr. Samuel Leroy Jackson.

But after digesting things for a bit, I think maybe it was Ali Suliman — as terrorist mastermind Mousa Suleiman — who brought the best performance to the series. It’s too easy for the terrorist storyline to employ the usual tropes. And while some of that is unavoidable, he still brings a human aspect to the role — and that humanity plays an important twist later in the series.

So does Jack Ryan live up to the hype? Maybe not. But then again maybe there’s no way it could. It’s good. I’ll watch the second season, for sure. But ultimately it’s a decent action series in the same vein as Jack Bauer and Jason Bourne, borrowing the characters from Tom Clancy’s world.

Check out Tom Clancy’s Jack Ryan on Amazon Prime Video and let me know what you think.

Here’s what else you missed this week on CordCutters.com: