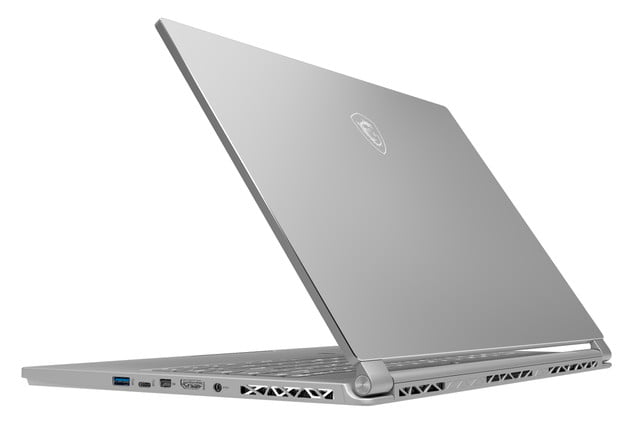 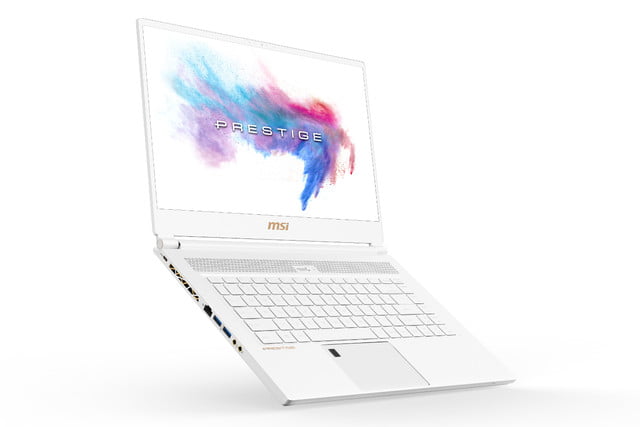 MSI introduced the P65 notebook, which targets content creators and professionals, during the IFA 2018 convention in Berlin. Buyers will have two options: A White Limited Edition model and a Silver Edition version. Both will be similar yet offer slightly different discrete graphics configurations and ports.

According to MSI, both versions will sport a 15.6-inch IPS screen with a 1,920 x 1,080 resolution and support for 100 percent of the sRGB space. They will be powered by an eighth-generation Core i7 “Coffee Lake-H” processor, although MSI doesn’t specify which chip the laptops will use: The Core i7-8850H or the Core i7-8750H, both of which are six-core CPUs.

Other ingredients poured into both laptops include up to 32GB of DDR4 memory clocked at 2,666MHz (2x 16GB), two M.2 SSD storage devices, a backlit keyboard (white only), a fingerprint scanner, and a 82WHr battery promising up to 9 hours of normal use. Both will ship with a 150-watt power supply.

What separates these two P65 laptops apart is their discrete graphics configuration. The White Limited Edition model will sport Nvidia’s GeForce GTX 1070 Max-Q chip, meaning you should get some really good, high-quality gaming time while the boss isn’t looking. Meanwhile, the Silver Edition model can be configured with the GeForce GTX 1060 Max-Q or the non-Max-Q GeForce GTX 1050 Ti chip.

If you’re not familiar with Nvidia’s Max-Q discrete processors, they’re variants of the company’s GeForce GTX 10 Series for notebooks. While Nvidia’s non-Max-Q GPUs require large fans and bulky laptops to keep them cool, Nvidia retooled its “Pascal” design to offer the best performance in laptops with thin form factors. While they won’t match the performance of non-Max-Q chips, these discrete GPUs are the best you can find in thin and light laptops.

What also sets these laptops apart is their port complement. The White Limited Edition model features a Thunderbolt 3 port, three USB-A ports (10Gbps), one HDMI port, one Mini DisplayPort, one SD card reader, one Ethernet port, and one audio combo jack. For the Silver Edition, MSI merely swaps out the Thunderbolt 3 port for a general USB-C port running at 5Gbps. The three USB-A ports will be dialed down to 5Gbps as well.

Finally, the wireless aspect will be handled by Bluetooth 5.0 and Wireless AC connectivity. Both will have dual two-watt speakers and one digital microphone although the White Limited Edition model will include high-res audio while the Silver Edition will not. Both weigh a mere 4.14 pounds and measure 14.11 x 9.75 x 0.69 inches.

“With the P65, we’re investing deeply in professionals and content creators, bringing them high performance for all of their everyday tasks,” said Sam Chern, MSI assistant vice president of Global Marketing. “We have taken the lessons we’ve learned from our years of experience in making gaming hardware and used it to create a beautiful, professional notebook that is more powerful than any laptop in its class.”

Unfortunately, MSI did not say when these laptops will ship, nor did it provide starting prices.

Read more from News
← MacRumors Giveaway: Win an Aluminum Slim Wireless Keyboard From Satechi
Get the most out of your S Pen! 12 apps to use with the Galaxy Note 9 →