Huawei just launched a new Mate device at IFA 2018, but it’s probably not what you were expecting. Instead of the top-shelf Mate 20, the Chinese giant revealed the more accessible Mate 20 Lite. It’s a phone that’s pretty much guaranteed to sell well, thanks to the strong association with the aspirational Mate 20.

This is the first time Huawei has introduced the Mate Lite model first, but what else is interesting about it? Let’s find out in our Huawei Mate 20 Lite hands-on preview.

The Mate 20 Lite looks premium, even if the design is a little generic. The body is covered in sleek glass, front and back, with a metal frame going around the edges. The phone is quite slippery, but it’s fairly light and easy to handle with one hand, despite the expansive 6.3-inch display. 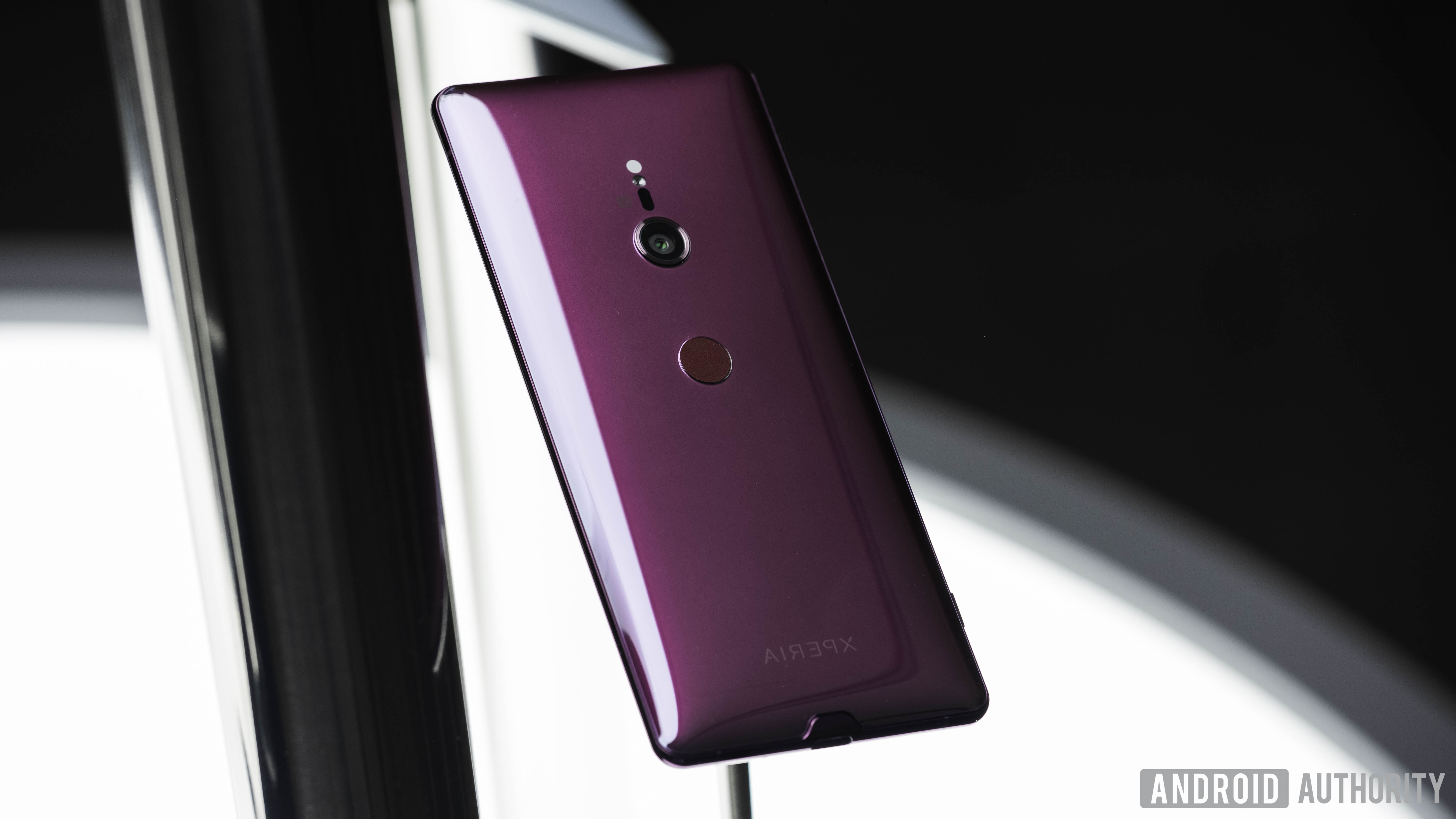 Sony Xperia XZ3 hands-on: Keeping up with the times

If you can’t keep up with Sony’s releases, you’re not alone. The Japanese manufacturer is known for the rapid cadence at which it launches new smartphone iterations, and we’ve come to expect a (slightly) revamped …

The clean back of the Mate 20 Lite is dominated by the dual camera module and fingerprint sensor, which are framed in a discreet hatched pattern. The deep black version that we got to test looks sleek and stealthy, but if you prefer a flashier design you can look into the Sapphire Blue and Platinum Gold models.

The bottom of the phone houses a single speaker, the USB Type-C port, and a 3.5-millimeter audio jack. 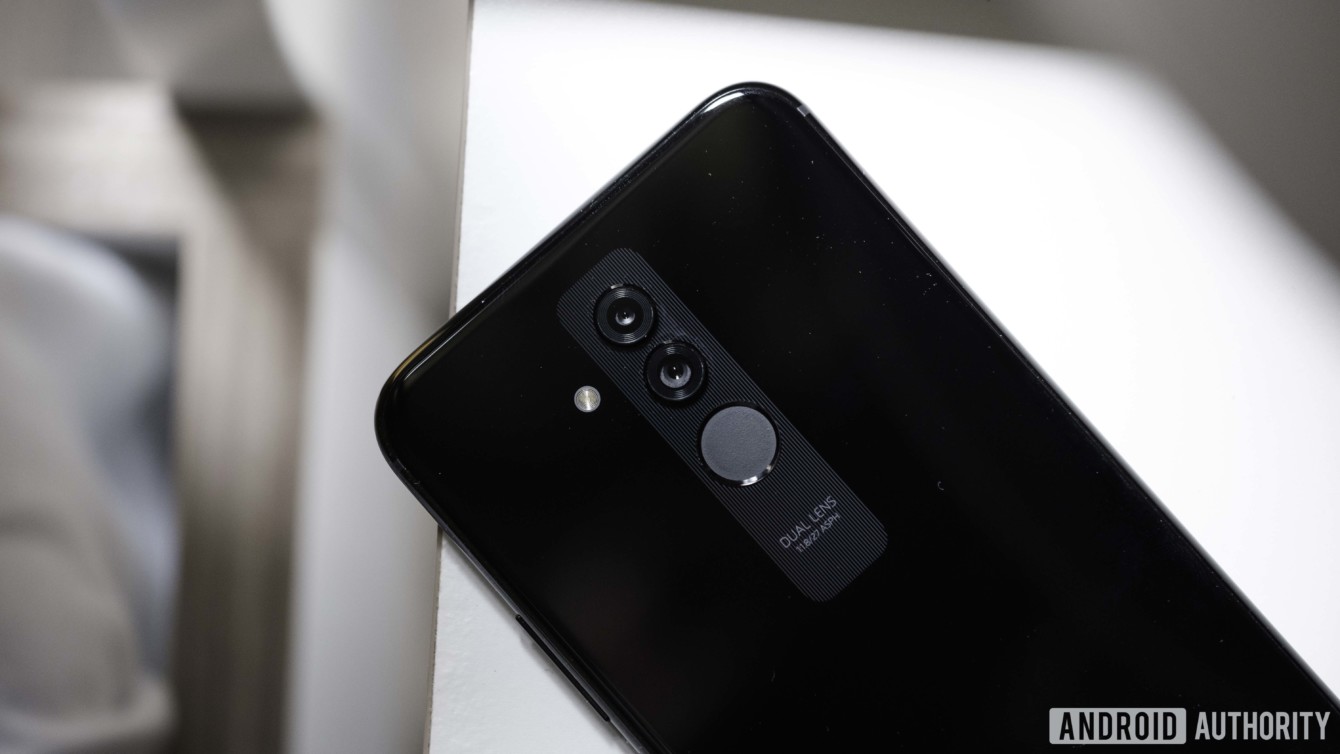 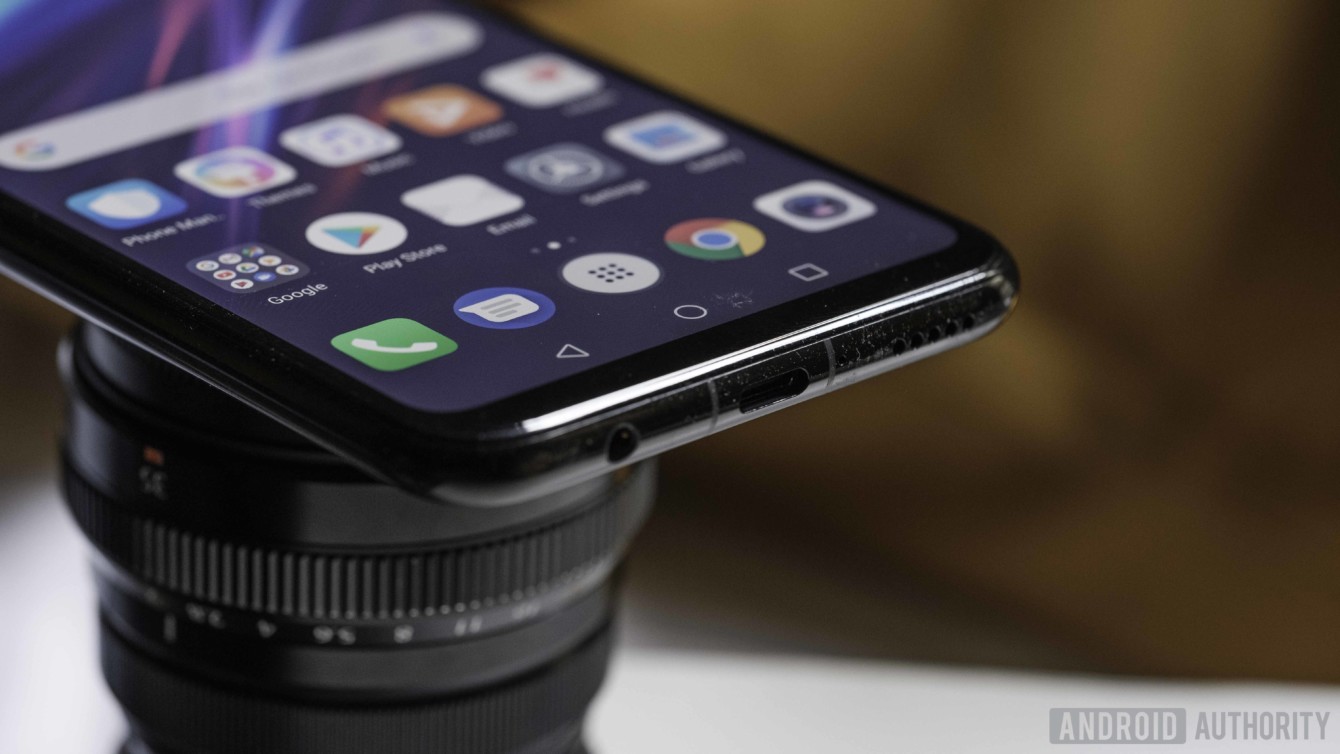 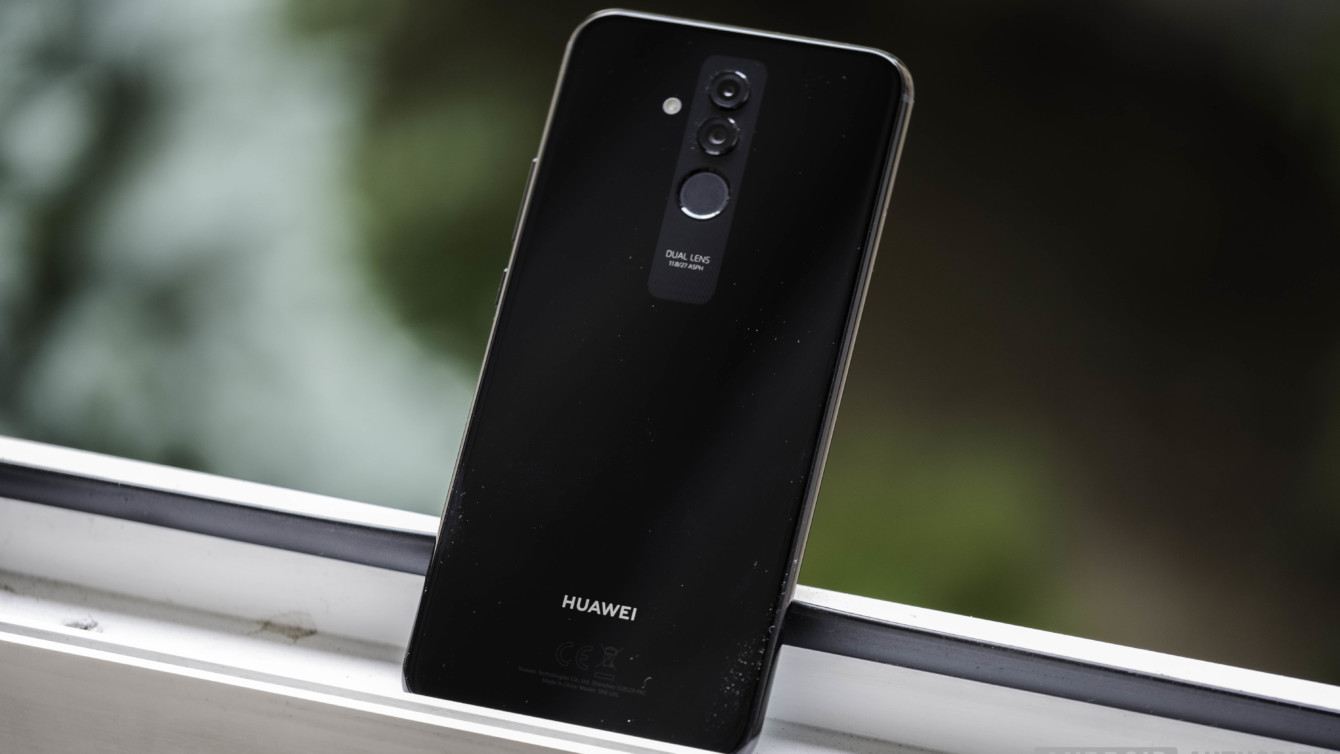 The screen is framed by some sizeable bezels and a notch – at 81 percent, this is no screen-to-body ratio champion, but Huawei still increased it significantly compared to the Mate 10 Lite. Thanks to the dark-themed user interface, the bezels just “bleed” into to the screen, making for a pleasant experience.

Huawei’s big proposition for the Mate 20 Lite is AI

The display is more than adequate for a mid-range device. It’s a tall 19.5:9 LCD of Full HD+ resolution. You really can’t see the pixels in regular use, but colors are a little washed out.

Huawei’s big proposition for the Mate 20 Lite is AI. The manufacturer is taking AI technology to its mid-range lineup, adding tons of features that use machine learning technology to the Mate 20 Lite. Unfortunately, there’s no dedicated hardware to back them up. The Mate 20 Lite uses the Kirin 710 processor, which lacks a dedicated neural processing unit. Instead of the NPU, AI calculations are handled by the octa-core CPU, which is definitely powerful enough for the task.

Read: Cheaper Huawei phones are set for a big boost with Kirin 710 chipset

Other core specs include 4GB of RAM and 64GB of expandable storage, powered by a 3,750mAh battery. That’s a nice 10 percent upgrade compared to last year’s Mate 10 Lite, and enough to keep you going for more than two days of average use.

We would’ve liked to see better RAM and storage specs, seeing that Huawei’s own Honor has some better offerings for cheaper. Still, Huawei may get away with it, especially in the markets where customers are less concerned about having the best specifications. 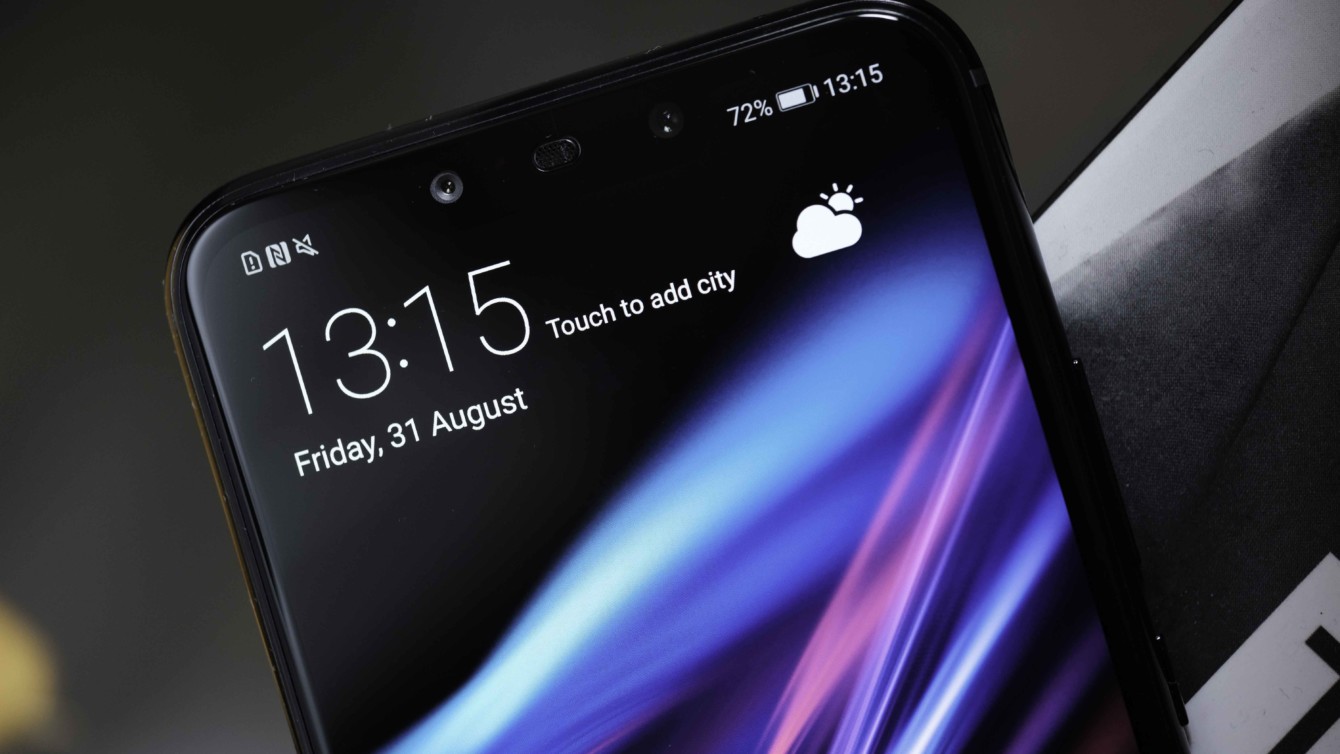 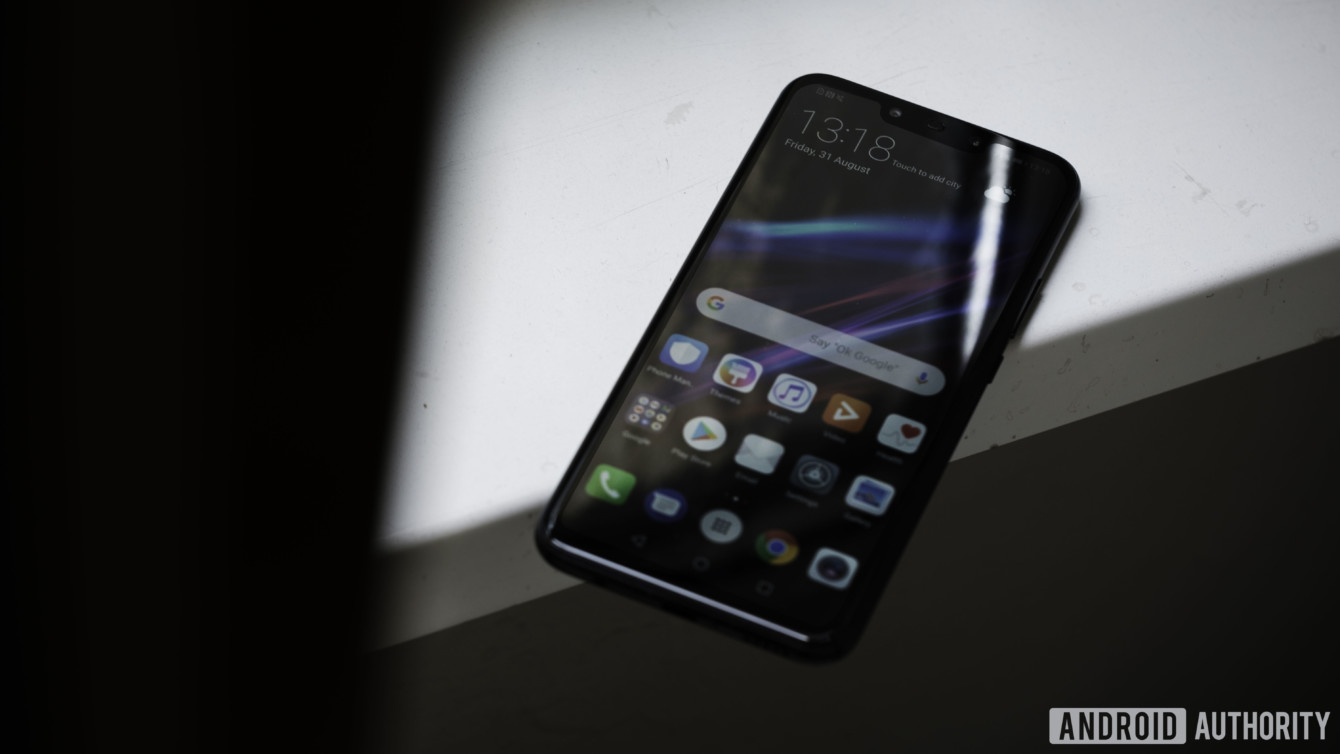 Getting back to the AI-powered features, they include AI Shopping Assistant (tap on images of products to get quick shopping links); Enhanced Communication (AI-assisted noise cancellation during phone calls); and AI Smart Gallery (automatically sort photos into albums). We’ll have to see whether these features actual add value or are just gimmicks designed for the sweet marketing potential of the “AI” buzzword.

More AI features can be found in the camera app. Both the front and the rear cameras feature AI-powered scene recognition that should select the best settings from hundreds of categories. AI Assisted Composition guides users to get the best angles in each scene, and the bokeh effect is also generated using AI. 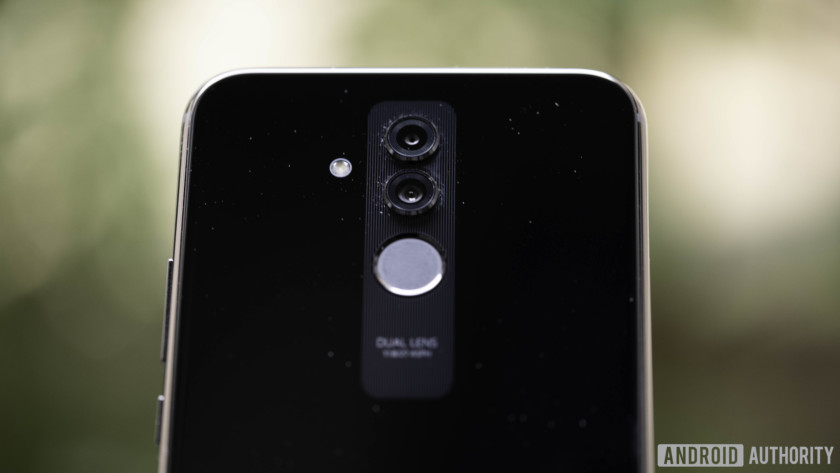 The Mate 20 Lite features four cameras in total. On the back, you get a 20MP main sensor, with a 2MP sensor for depth sensing. Features include intelligent scene detection, smart composition, and 480 fps slow motion video capture. On the front, the main sensor is 24MP, coupled with a 2MP sensor for depth sensing. The selfie cams support real-time HDR Pro, Studio Lighting, and 3D animated emoji.

Read: After beating Apple, Huawei wants to overtake Samsung by end of 2019

The Huawei Mate 20 Lite will go on sale in the UK for 380 pounds (~$500), starting in October. That’s not exactly cheap, in comparison to devices like the Pocophone F1 or the Honor Play, but Huawei clearly hopes that its brand cachet and AI features will help the Mate 20 Lite stand out in the market.

What are your thoughts on the Huawei Mate 20 Lite? Let us know in the comments!

Read more from News
← Samsung Galaxy Watch review: The smartwatch that tries to do it all
What Skills Are Required to Run Your Own Business? →