‘Waterworld’ no longer seems sci-fi, so an artist designed your future gills 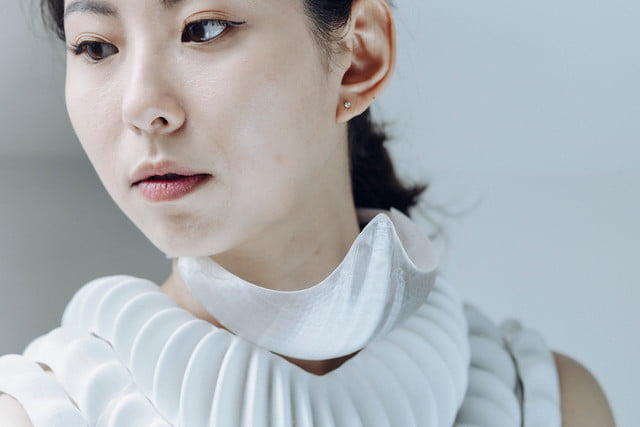 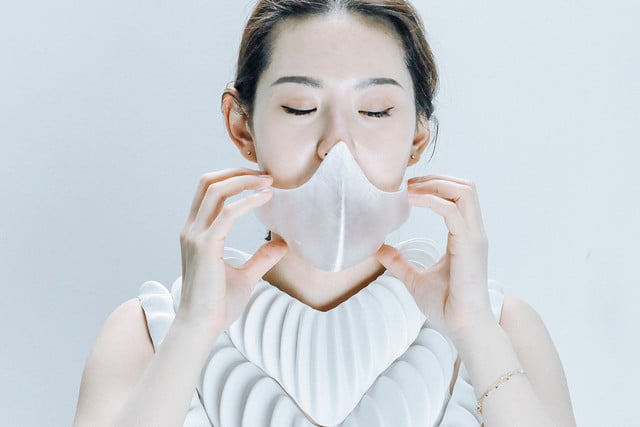 There are ways to mitigate the most devastating effects of climate change — clean energy offers alternatives to fossil fuels and science may help us help us save some species — but the fact is Earth will change and we’ll have to adapt along with it.

That realization sparked an innovative — if a bit dystopian — project by Jun Kamei, a materials scientist and student at the Royal College of Arts in London. After learning about studies showing how sea level rise could flood many coastal cities and displace billions of people across the globe by 2100, Kamei began to wonder what our future would look like — and what humans would look like in the future.

“What kind of products would humans start to design to adapt our aquatic future?”

He envisioned a scenario in which coastal megacities “like New York, Tokyo, Beijing, Shanghai, Singapore, and Hong Kong become semi-submerged,” he tells Digital Trends. “I was interested about what kind of new products human would start to design to adapt to this kind of future.”

In the tradition of biomimetic design, Kamei began to conceptualize a garment that could let people adapt to a more aquatic lifestyle. He studied air-breathing insects that survive underwater by using a reservoir of air trapped beneath their exoskeleton, which acts as a sort of gill and barrier between the insect and the water, allowing oxygen molecules to seep in. 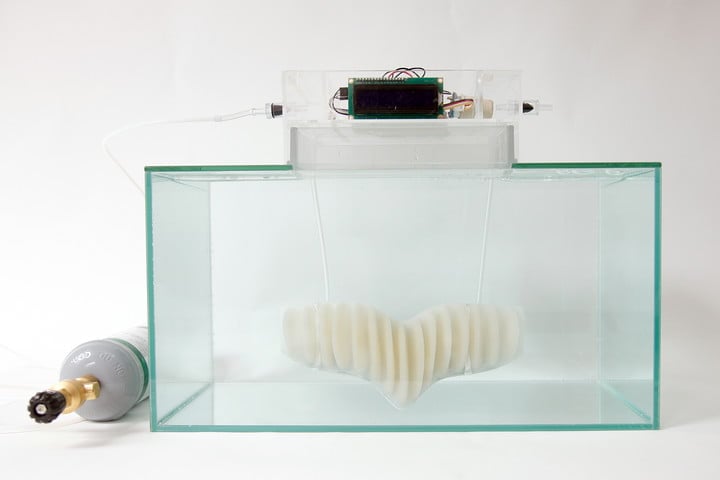 The garment is comprised of three parts: the gills, which are worn around the chest like a vest, the mask, and a tube to connect the two. Think of it as a mix between free diving and scuba diving, with some futuristic flair for good measure.

Made out of a porous and hydrophobic material, the gills are aesthetically striking, like scaled armor. Kamei wasn’t willing to divulge much about the material itself (he recently filed a patent for it) but in a short video he demonstrates how the gill is capable of extracting low levels of oxygen from water. Kamei doesn’t yet have a working prototype for the mask but offered a glimpse at what it might look.

The garment’s scaled form serves a function. By corrugating the material, Kamei increases the Amphibio’s surface area and allows more oxygen to seep through. That’s pivotal — humans breathe a lot oxygen. In fact, our appetite for oxygen is so voracious, Joseph Bonaventura, a professor of marine science and conservation at Duke University, thinks the Amphibio is a bit out of its depths.

“We burn basically 500 liters of oxygen per day on average,” he says. “That’s eleven-thousand liters of air per day. That’s a huge amount.” Surface water contains about ten milliliters of oxygen per liter, meaning the Amphibio would need to extract oxygen from some 50,000 liters of water at 100 percent efficiency to sustain a breathing human.

Bonaventura has, as they say, done the math. In the 70s he invented the Hemosponge: an artificial gill technology funded by the Office of Naval Research and DARPA. He admires Kamei’s aesthetic but isn’t convinced from a technical standpoint.

“Artistically, I like it,” Bonaventura says. “Scientifically, I’m very dubious.”

Kamei recognizes the challenges with the device. For one thing, the current prototype doesn’t pull nearly enough oxygen from water to sustain living, breathing human being. In the device’s concept photos, the Amphibio has a surface area of about 43 square feet. Kamei thinks the final design would require something around 344 square feet — that’s more surface area than two average-sized bedrooms! He may be able to implement more ridges to increase its square footage, but that would likely result in relatively restrictive, full-body suit.

Regardless, Kamei thinks Amphibio remains “in the realm of the ‘not impossible.’” Whether or not the gills work, it’s a conceptually interesting project that delves into solutions for surviving in a crucial potential future of our planet.

Today, billions of people rely on oceans as their primary source of food. But few civilizations have turned to truly aquatic lifestyles. It’s not unlikely that climate change will continue to spiral out of control, and in that semi-submerged future our dependence on the ocean’s bounty will only grow even greater. The “underwater world would become a new urban environment,” thinks Kamei, so why not take advantage of it?