Should you buy the Samsung Wireless Charger Duo?

The undisputed champion of wireless charging has something new for you to check out. 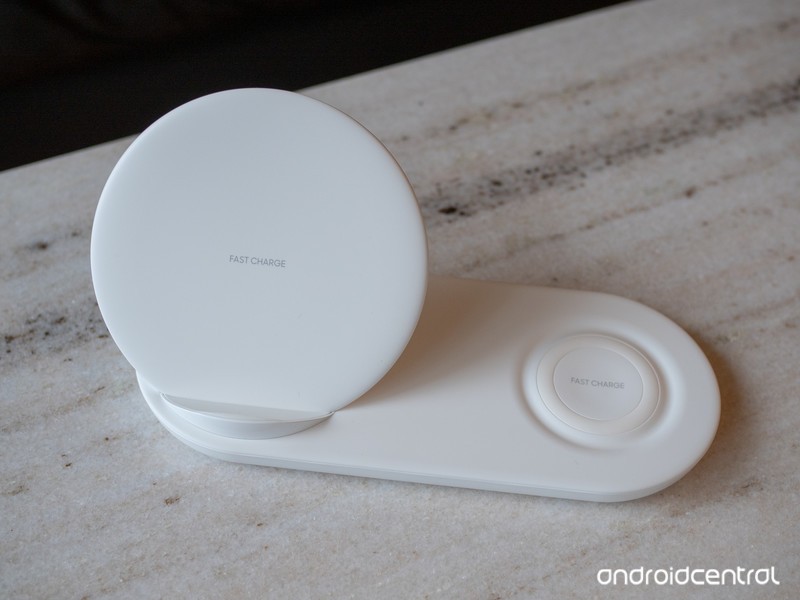 When it comes to wireless chargers, there’s Samsung and then there’s everything else. Samsung chargers are just plain better, from the way they look to the amount of power they dispense, these things are a great addition to any desk or bedside table.

But with the launch of the Galaxy Note 9 and Galaxy Watch, Samsung took its wireless charging ambitions to the next level. A wireless charger designed to power a watch and a phone at the same time, thanks to multiple sections on the platter to place your devices. It’s not a new idea, and unlike Apple’s version of a multi-device charger it is actually available to purchase immediately after announcement, but should you grab one for yourself?

Charge all the things 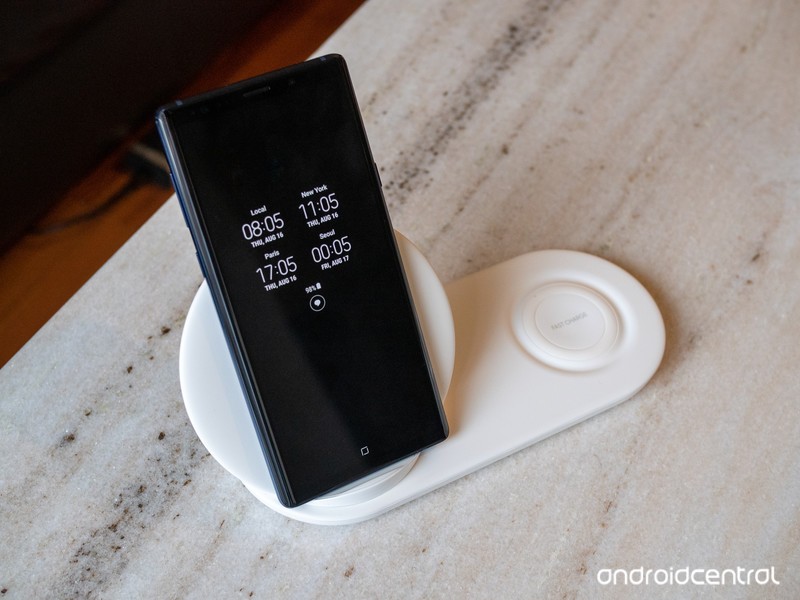 The cool thing about Samsung’s chargers is the way they follow a global spec, which means you don’t need to have a Samsung-specific device to use it. Like its predecessors, the Wireless Charger Duo will charge anything which also follows the standard Qi charging spec. This applies to the phone side as well as the watch side, in fact you can even charge a phone on the watch side if you really wanted to. Aside from the groove designed to keep a watch from sliding off the pad, the only difference between the left and right side of the pad is the left has a pair of charging coils so you can charge your phone vertically or horizontally. As the right side lays flat, that’s obviously unnecessary.

Unlike its predecessors, you have no control over the angle your phone sits at when charging.

That faster charging side is almost the same as the Fast Charge pad Samsung started selling earlier this year. It charges your phone a little faster than most other wireless chargers, but not quite as fast as a Fast Charge power adapter or a USB-C PD adapter. These are good bedside or desk chargers, but not what you would lean on if you needed a quick top up. 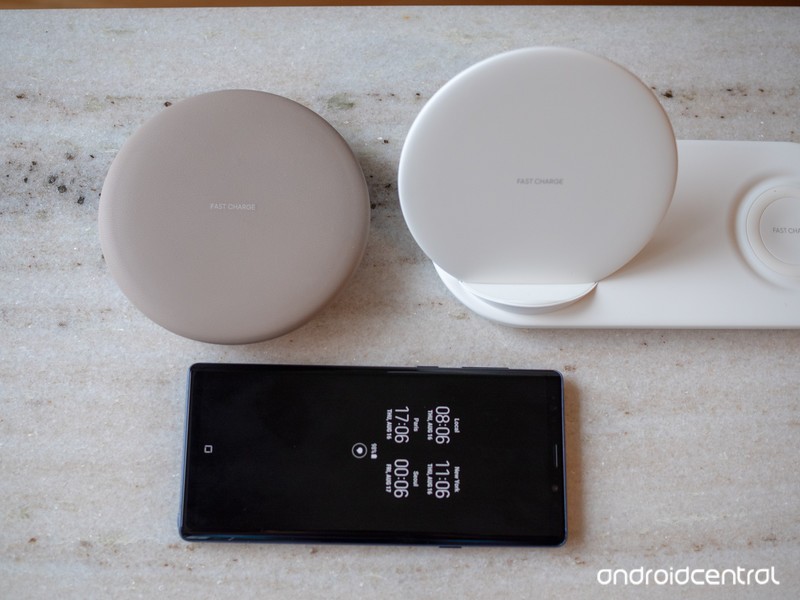 And if you’re a fan of using a wireless charger on your bedside table, the increased size of the Wireless Charger Duo may be a concern for you. Samsung’s usual chargers are about six inches wide and three inches long, but this Duo charger measures up to be a noticeably larger eight and a half inches wide. And unlike its predecessors, you have no control over the angle your phone sits at when charging.

One very cool thing you’re not going to find with most of the wireless chargers Samsung has made in the past is multiple color options. In the past, these chargers have been a matte black or a dark blue with grippy surfaces everywhere, but the Wireless Charger Duo is available in both a glossy black and a glassy white. This isn’t a huge deal, but the choice is nice if you’re looking for something that won’t stick out terribly in a well-designed room.

Should you buy the Wireless Charger Duo? Probably not 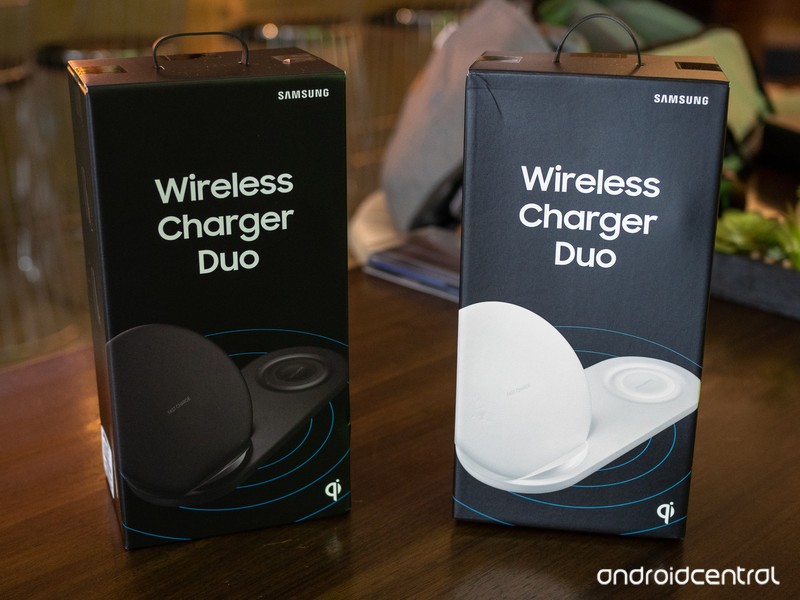 If you’ve got a phone and a watch with wireless charging capabilities, the Wireless Charger Duo is a great way to save a power outlet. And it looks nice, especially compared to some of the other chargers out there with multi-device support.

But like anything else, you’re going to pay quite a bit for the privilege. This charger is $120 currently, which is a lot to ask for something that charges your phone. It’s not a huge price leap from the $90 9W fast charger released earlier this year, but even that charger has come down substantially over the last couple of months. In most stores you can find it for $50, which is way less than the cost of a Wireless Charger Duo. 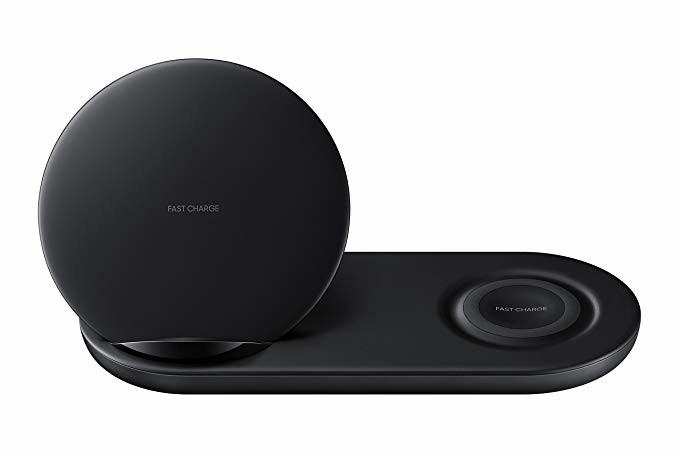 The Samsung Wireless Charger Duo is nicely-designed and easy to use, but its $120 is way more than twice the price of two excellent high-speed wireless chargers.