The latest offering for users looking to add mesh networking to their homes has been revealed by Samsung today, called the SmartThings Wi-Fi (via The Verge). The router includes mesh networking technology from Plume, which itself recently revealed its “SuperPod” mesh router along with a $60/year subscription.

Samsung’s SmartThings Wi-Fi isn’t subscription-based, and in addition to the usual mesh networking features, the device also acts as a smart home hub for any SmartThings accessories. Similar to Apple TV and HomePod acting as a hub for HomeKit, SmartThings Wi-Fi will allow customers to set up and manage SmartThings-compatible plugs, switches, lights, cameras, and doorbells from Philips, Ring, Arlo, Kwikset, and much more.

With Plume’s technology, SmartThings Wi-Fi learns the environment to optimize performance for consistent coverage throughout the home. The system is sold on Samsung’s website in a 1-pack for $119.99 (covering 1,500 square feet) or a 3-pack for $279.99 (up to 4,500 square feet).

The company today also revealed a new standalone SmartThings Hub priced at $69.99, for those users who already have a router but still want to implement SmartThings products into their home. As an upgrade to the previous hub, the new device does not need to be plugged directly into your router and can instead work wirelessly anywhere in your home. 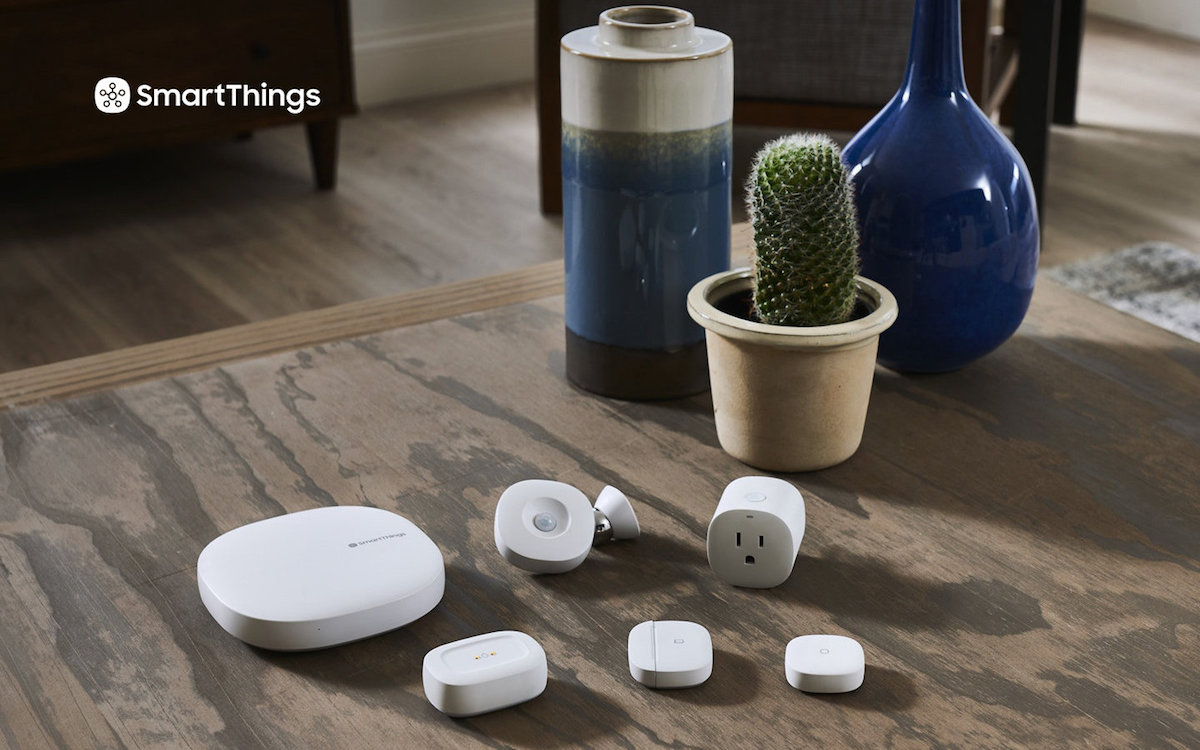 There are a few other SmartThings announcements that happened today, including upgrades to the platform’s Motion Sensor, Multipurpose Sensor, and Water Leak Sensor. There’s also a new SmartThings Outlet for $34.99 and a SmartThings Button for $14.99, all available to purchase on Samsung.com beginning today.

Tags: Samsung, mesh routers
Discuss this article in our forums