Over the summer, a few new and upcoming Philips Hue light fixtures leaked online, including an Outdoor Light Strip and White Ambience Adore Vanity Mirror. This week, the company has announced prices and confirmed an August 20 launch date for most of these products, as well as revealed a collection of new Hue lights. As usual, all of the new Hue lights are compatible with Apple’s HomeKit platform.

To start off, the previously seen Outdoor Lightstrip is designed specifically for all-weather use with a diffused coating that ensures the Lightstrip can be used as both a direct or indirect light source. Users can easily bend and shape the Lightstrip for all yard designs, or apply it to fences and railways using included clips and screws.

The White Ambiance Adore Collection consists of the Adore Vanity Mirror and a flushmount ceiling fixture, which are both Damp rated to ensure bathroom moisture won’t degrade them over time. Each Adore light includes a ringed outer-edge area that “prevents unwanted shadows” from appearing in a bathroom, with four pre-set light recipes for morning and nighttime routines. 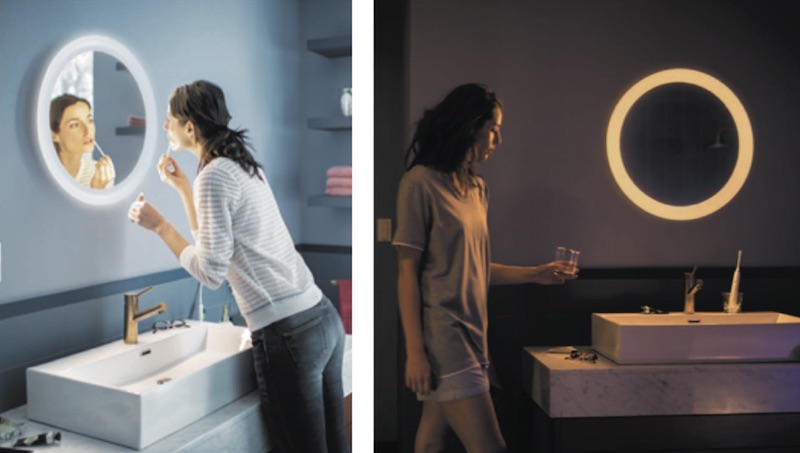 The Adore Vanity Mirror will cost $249.99 and the flushmount Adore Ceiling Light will cost $179.99, and both will be available starting August 20. 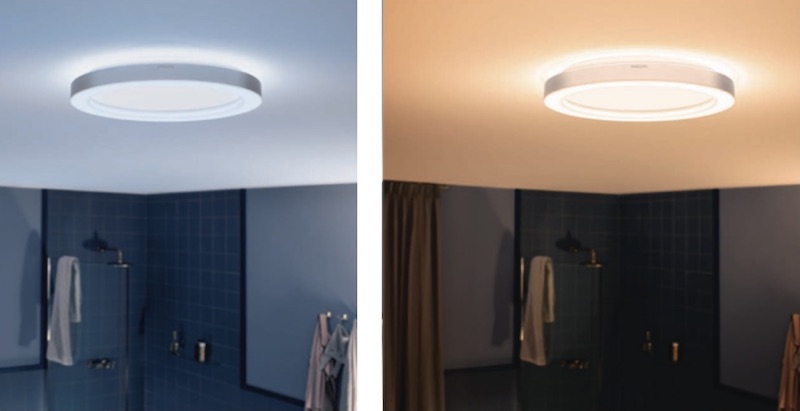 A new kitchen and dining area light has also been announced in the form of the White Ambiance Being Pendant. This fixture is a brushed aluminum light that complements the company’s existing Being flush ceiling fixture and aims to give users the “right shade of white light” for dinners and relaxing. 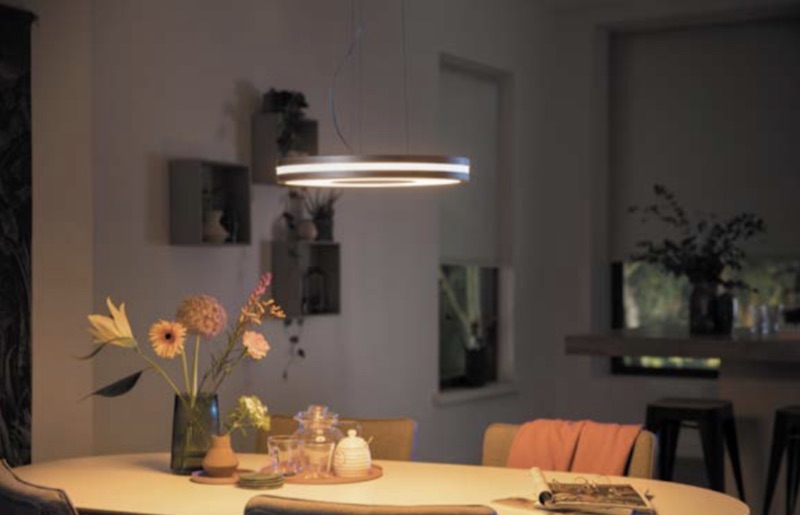 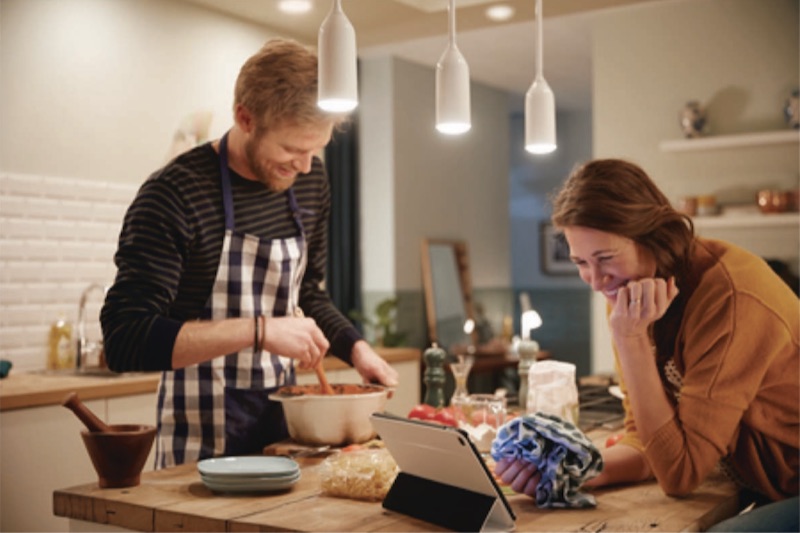 The Enchant Pendant Light will be priced at $99.99 and also launches on August 20.

Lastly, the White and Color Ambiance Ascend Collection includes a Pendant Light, Floor Light, Wall Light, and Table Lamp, all designed for everyday lightning needs. Each fixture has a 360-degree open glass design for optimal light output, and the floor, wall, and table lamps have a movable head so you can point the light directly where you need it.

The Ascend Pendant Light (left) and Floor Light (right)
The Floor Lamp and Pendant Lamp come with a White and Color Ambiance A19 bulb, and the Wall Light and Table Lamp include a White and Color Ambiance E12 candle bulb. The prices on the Ascend Collection are as follows: $99.99 (Wall Light), $129.99 (Table Lamp), $149.99 (Pendant Light), and $179.99 (Floor Lamp). Every fixture in the Ascend Collection launches in early October.

The Ascend Wall Light (left) and Table Lamp (right)
On the software side of things, Philips Hue has received a few updates over the past few months for both its iOS and macOS apps. In May, the company debuted a revamped 3.0 update to the iOS app, bringing improved navigation, brightness controls and light visualization for individual lights and not just grouped-together rooms, and new color pickers for a better overview and grouping of lights in a room.

A few days later, the company launched a “Philips Hue Sync” macOS and PC app, allowing users to sync their Hue lights to any film, song, and game that they have on their computer.

For the new lights, it appears that some have yet to propagate on the company’s website, but they should all begin appearing within the next few days, ahead of the launch/pre-order date on August 20.

Tag: Philips Hue
Discuss this article in our forums