Naruto to Boruto: Shinobi Striker: Everything you need to know

Form your ninja team and prepare for multiplayer battle. Naruto games have come a long way. The anime franchise’s video games reached new highs with the previous generation launches of Naruto: Rise of a Ninja and its sequel, Naruto: Broken Bond. Then came the Storm series, which has been in development by CyberConnect2 for quite some time.

That long-running series seems to have taken a sabbatical while Namco Bandai tries something new, however. It’s Naruto to Boruto: Shinobi Striker, and it’s quite unlike any other Naruto game released to date. Why’s that? We’ll tell you everything you need to know.

What is Naruto to Boruto: Shinobi Striker?

Naruto to Boruto: Shinobi Striker is best described as a MOBA, short for multiplayer online battle arena. These games typically have two teams of varying sizes fighting to achieve some sort of victory. In Shinobi Striker, these teams will have four members each, and everyone has their own set of abilities, responsibilities, and skills to help will their team to victory.

Like much of the Naruto games to date, Bandai Namco is publishing the title, but it’ll be developed by someone else: Soleil. The studio is relatively unknown, with its only notable work to date being a forgettable third-person shooting game for PC.

It’s interesting, then, that they were chosen to keep the Naruto cash cow flowing at the franchise’s most pivotal moment.

Aside from the huge shift in gameplay dynamics, Shinobi Striker will boast an improved graphics style. It’s still a cel-shaded engine as is appropriate for video games based on anime and manga, but the engine features more bold characters with deeper shadows, sharper lines, and more vivid colors. It’s also still damned smooth with much of the action being rendered at 60 frames per second.

Is it a new Naruto adventure? 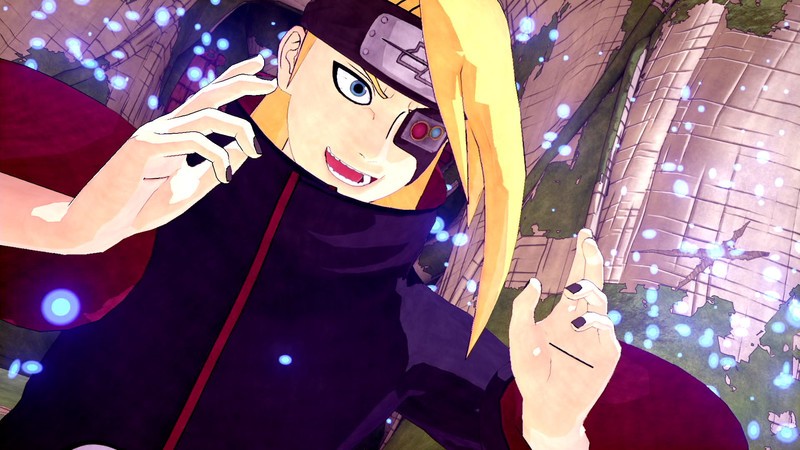 Nope. Naruto to Boruto: Shinobi Striker is just a pure MOBA, and if you know anything about these games you know that there isn’t much of a story or adventure to be had. All we know about what’s going on in this game is that there’s some sort of ninja tournament going on, and that sets the stage for these ninja teams to come together and fight.

The concept isn’t random, with these sorts of competitions being commonplace in the world of Naruto. The team concept isn’t foreign either, as the earliest parts of becoming a ninja in Naruto’s world is taking a ninja exam and training as a team of three with a seasoned sensei.

While some fans are sure to be disappointed that there won’t be much in the way of a narrative here, it makes sense. Boruto is the son of Naruto, and his tale is only just now getting started after the conclusion of the original Naruto and Shippuden arcs. There isn’t a whole lot of material publicly available to make a meaty adventure or even a light storyline to follow, but it appears Namco still wanted some sort of Boruto game to get the train rolling.

That’s why this is the perfect time for them to try something new. The jury is still out on whether it’ll take off and be the next big thing, but that’s the beauty of it — we didn’t expect a Boruto game this early on anyway, so any potential stumbles we’ll get with this release can be easily forgiven. (And if you know anything about anime fans, you’ll know how unforgiving they can be when you botch the source material.)

What do you do in this game? 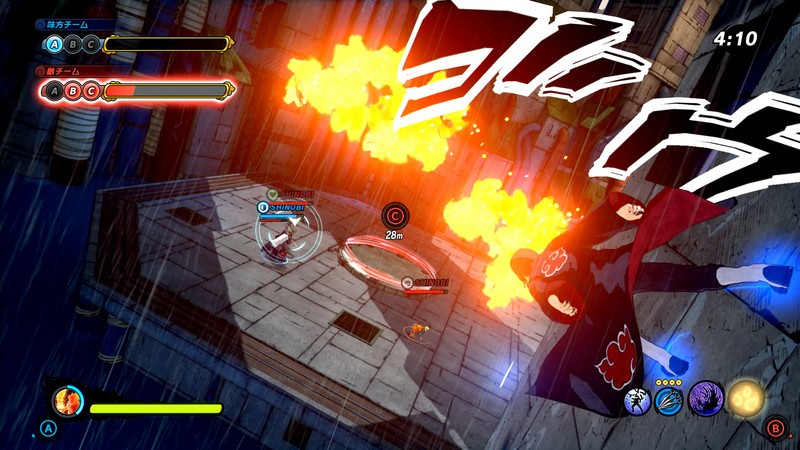 More often than not, you’ll just be fighting. But Naruto to Boruto: Shinobi Striker isn’t a fighting game in the traditional one-on-one sense. You’ll be going in with three other friends or strangers to take on a team of equal participants in a 3D arena-like setting.

Yes, you’ll still have basic attacks such as light and heavy, and you’ll still get to unleash powerful jutsus — or ninja techniques — to dish out damage against your foes. Build enough of your chakra to get access to an ultimate jutsu that’ll change the fight dramatically.

In between all of the flashy abilities is a bunch of utility you can use to your advantage. There’s a huge leap ability that lets you jump halfway across the map if you charge it up long enough, you can stick to walls by throwing your kunai at them (useful for recovering from a cliff dive on stages that have death pits in them), run up walls to meet your opponents from any vantage point, and more.

All of this goes down in a few different game modes:

Games are queued up from a shared hub world not unlike those featured in games such as Destiny or Dragon Ball FighterZ. You’ll be able to see other players walking around as they prepare to jump into their next battle. It’s here where you can meet your master shinobi trainers, customize your character, hit up the training grounds, or get in line for your next fight.

As you can see by now, Shinobi Striker is not your typical Naruto game, and things get even better the deeper you go.

Create your own character 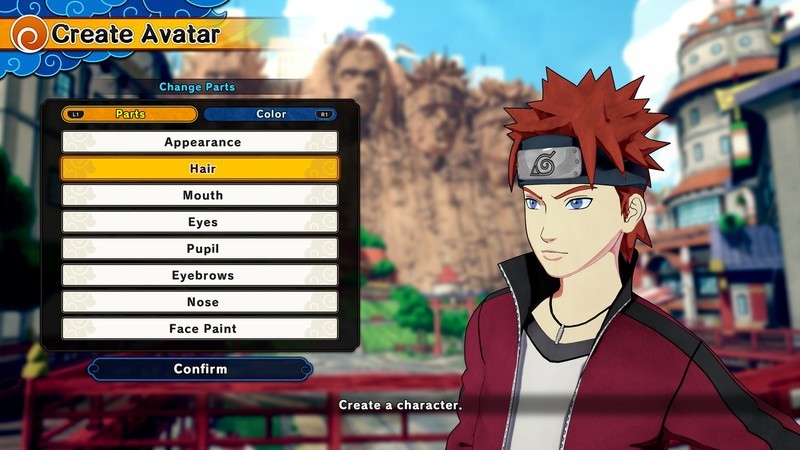 That’s right: you can create your very own ninja! The player can make an avatar that they’ll use in battle. These highly customized avatars let you make the Naruto ninja you’ve always wanted. Whether you make a husky brawler from the stone village to a more tactical fighter from the Hidden Leaf, you can finally create your idea of the perfect ninja.

You’ll be able to customize almost everything about them. On the cosmetic side, you’ll choose your hair, mouth, eyes, pupils, eyebrows, nose, face paint, and skin colors. You can wear different outfits, too, with your starting outfit being determined by which hidden ninja village you choose to represent, and those outfits have a number of alternate colors you can choose from.

On the combat side of things, you’ll be able to equip your characters with a loadout based on one of four classes:

To be clear, a team composition doesn’t have to consist of one of each class. You can mix and match these styles however you like. You can even change things up on the fly. Does your team need more defense to stop a barrage of attacks from the enemies? Double up on defense to create a front line of defense for your more vulnerable characters. You’ll be able to create multiple loadouts on your avatar, so you’re certainly not stuck with just one style of play when you need a change of pace. 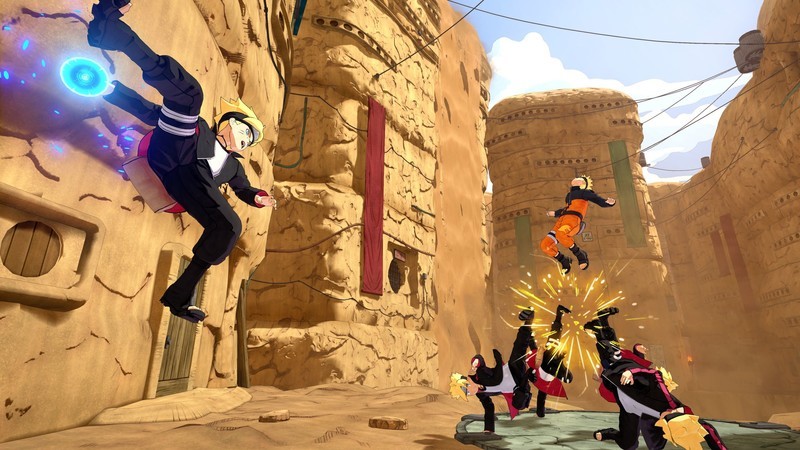 Each class has a number of associated jutsus that can be learned. Expect more offense-oriented options for attackers, while defenders won’t exactly be throwing out any Rasengan, but may do well with, say, a water prison.

Your list of possible jutsus in the beginning won’t be long, but you’ll be able to learn more by talking to various “master” characters in the shared hub world. They’ll let you train to learn the move. Presumably, different masters will give you access to different jutsus, though we’re not sure how, exactly, you’ll go about actually training just yet.

When you just want to sharpen your skills without the stress of fighting another team weighing you down, you can head to a VR training facility to fight against practice dummies. It isn’t actual VR, mind you, but the mode should provide the perfect place to hone your techniques.

Can you play as Naruto characters? 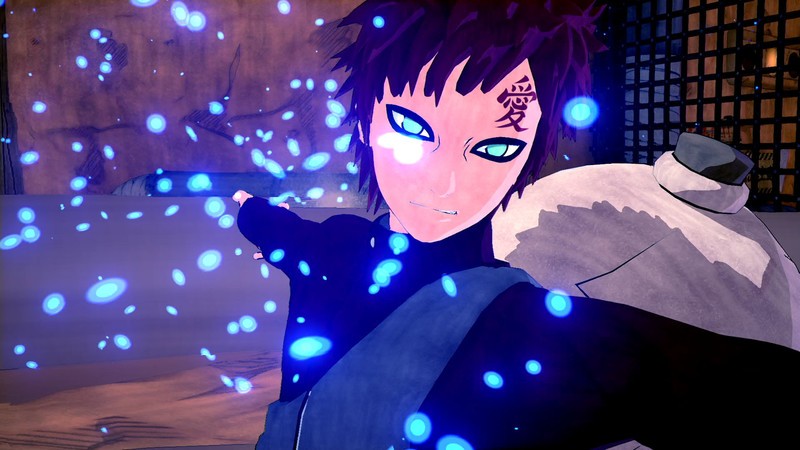 Worried that you won’t be able to play with some of your favorite Naruto characters in Shinobi Striker? Well, worry not. There are as many as 20 playable characters in the game to start, each with their own class and list of moves.

Gaara, kage of his hidden sand village Sunagakure, is more of a defensive ninja. One of his special techniques is the Grand Sand Mausoleum. This technique traps opponents into or outside of a sand tomb, effectively keeping a foe in place to take a beating or protecting an ally from receiving one.

Deidara, who hails from the hidden stone village of Iwagakure, is another interesting character. He’s ranged, so he can do his bidding without having to get into his enemies’ faces. Deidara’s Explosive Style jutsu lets him chuck fire bombs at people. And he can even do it while hanging from the side of a building. How cool is that?

And remember folks: you can learn these moves on your own avatar at some point, so if you don’t want to play as these characters you can still tap into their limitless potential.

Here’s the full list of who you’ll be able to play as in Naruto to Boruto: Shinobi Striker, as well as their respective classes:

That’s a pretty sizable list all on its own. And yes, it’s missing some heavy-hitting names from the Naruto universe — I’m personally in need of Jiraiya, Sarutobi, Guy Sensei, and Tsunade — but planned DLC is sure to help fill out the gaps as time moves on.

Is there a beta?

Well, there was a beta. A closed beta back in February was the public’s first chance to play it, and an open beta period followed throughout the month of July. It has since concluded, however, and there’s no indication that we’ll be treated to a third beta period ahead of the game’s launch date. 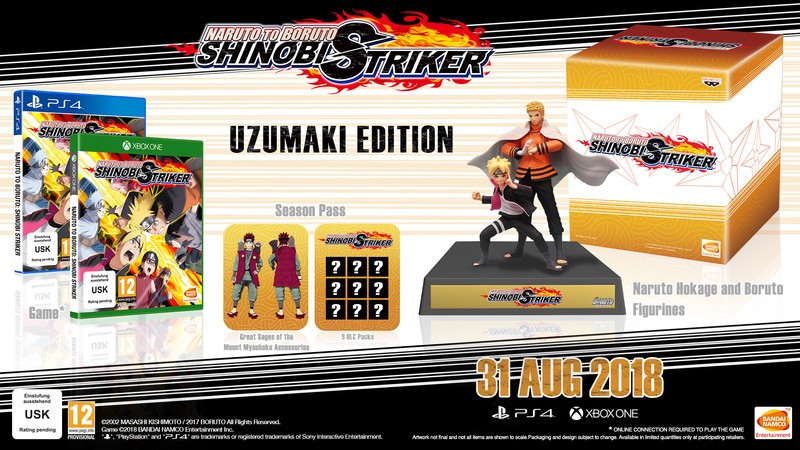 Standard pre-orders of Naruto to Boruto: Shinobi Striker will get an exclusive in-game clothing option. You’ll be able to dress your character up in Naruto’s Hokage costume, which is the costume he wears as the leader of the leaf village. The title of Hokage — or any type of kage, really — is pretty significant, so bring your A game if you’re going to be wearing it. You also get access to Pain as a Master sensei, so you can learn his moves on your own ninja fighter. You’ll be able to snag the standard edition for $59.99.

There’s also the Uzumaki Edition, which is exclusive to Europe. You’ll get the base game and the aforementioned pre-order bonuses, of course, but you’re also getting the season pass and a figurine that features both Naruto and Boruto. It’s a real father and son thing that’ll warm the hearts of any Naruto fan.

As for that season pass, we’re promised at least 9 DLC packs over the game’s lifespan. It’s not clear what sort of content will be in these DLC packs, but we’ll guess you can expect new characters, cosmetics, and moves to be part of the deal once they’re made available.

Naruto to Boruto: Shinobi Striker launches August 31st for PlayStation 4, Xbox One, and PC. Put on your ninja bandana, equip your kunai, and get ready to lead your team to victory. 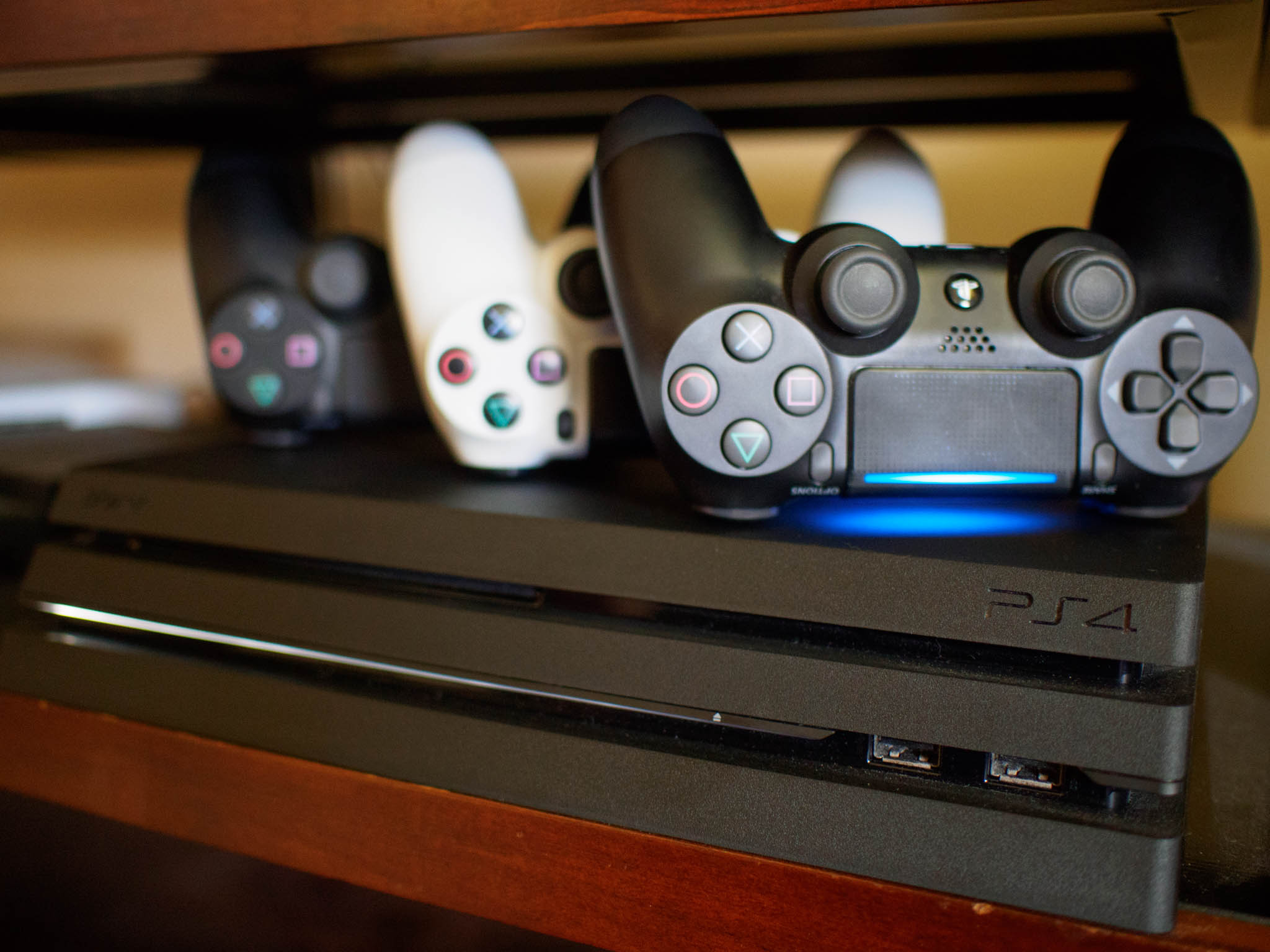