Beta testers who have signed up for Apple’s beta testing program can download the macOS Mojave beta through the Software Update mechanism in the Mac App Store. Subsequent betas are installed in a different way, using the Software Update icon in System Preferences.

Those who want to be a part of Apple’s beta testing program can sign up to participate through the beta testing website, which gives users access to iOS, macOS, and tvOS betas. Potential beta testers should make a full Time Machine backup before installing macOS Mojave, and it should not be installed on a primary machine because betas are unstable and often have serious bugs.

Today’s macOS Mojave update introduces several new wallpapers appropriate for use with Dark Mode. There are several wallpapers that feature images of the Mojave desert, along with new abstract oil slick-style wallpapers, new dark flower wallpapers, images that have been used to promote recent Mac refreshes, and more. 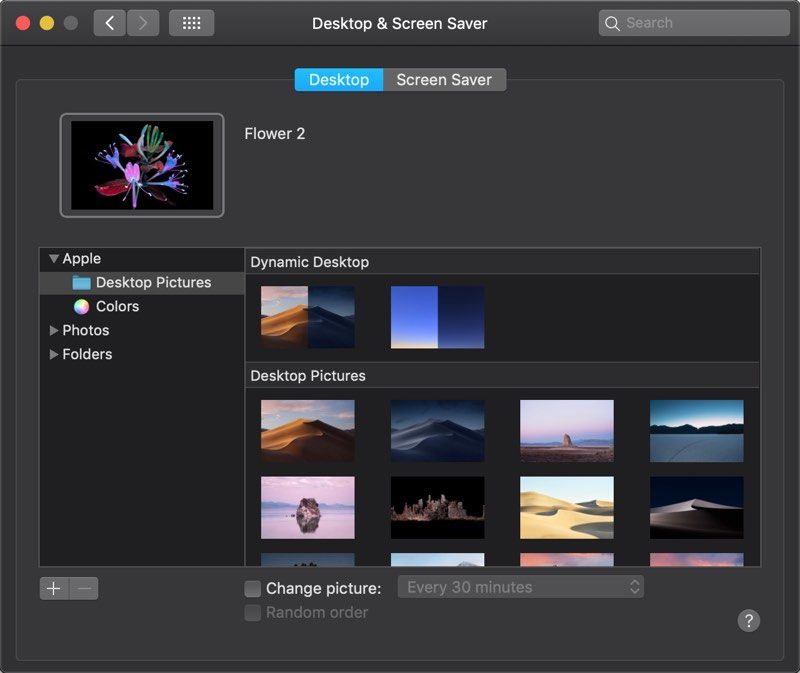 macOS Mojave’s main new feature is a systemwide Dark Mode, which gives Mac users a new way to view the operating system. A revamped Mac App Store makes it easier than ever to discover great apps, while Dynamic Desktops give you wallpapers that subtly change throughout the day.

An improved Finder window with Gallery View, Sidebar, Quick Look, and Quick Actions makes it easier to manipulate, edit, and organize your files, while Desktop Stacks organizes all of the files on your desktop.

The Apple News, Stocks, Home, and Voice Memos apps have made their way to the Mac in Mojave, and for the first time, you can use Siri on Mac to control HomeKit products. Group FaceTime, an iOS 12 feature, is also available in Mojave and lets you chat with up to 32 people at one time.

Apple is keeping your data safer than ever with new security and privacy improvements, and Safari in macOS Mojave makes it much harder to track you through share/like buttons and via your system configuration.

Mojave will be available in a beta capacity for the next several months so Apple can work out bugs ahead of a fall release.

Read more from News
← Deals: AirPods for $144.99, 4K iTunes Movies Sale, and Latest Anker Discount Codes
Thanks, Lenovo, for including a camera cover on your Smart Display →