It’s rather commendable just how much better the Google Play Store is compared to the Android Market we had a few years back, and while Google’s now on a more even playing field with Apple than ever before, there’s still one area where the App Store reigns supreme — revenue. 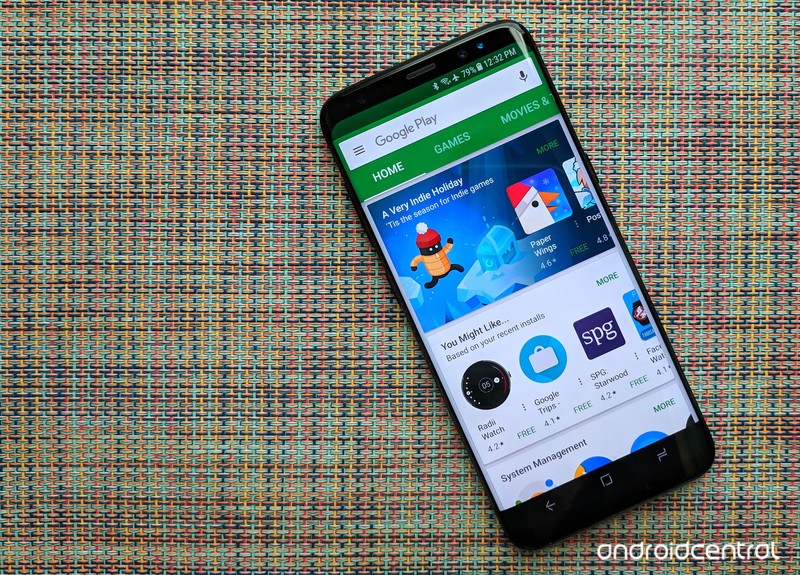 According to Morgan Stanley Research, the Apple Store Store makes around four times more in net revenue from apps and games compared to the Play Store. Switch things over to money made on a per-device basis, and the App Store dominates Google even more with ten times as much revenue. 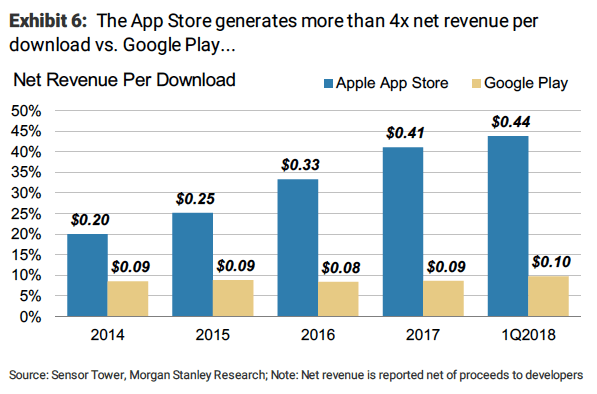 Apple’s seen a growth of over 119% in revenue earned from the App Store over the last four years, and while the Play Store’s made progress as well, its revenue’s only climbed by around 14% during that same time.

Apple has a big advantage here thanks to its closed-source nature, and while these numbers don’t really affect you and me, it is fascinating to see how much of a discrepancy there really is between the two software marketplaces.

How often do you spend money on the Play Store?

Pixel Watch wish list: What we want to see from Google’s first smartwatch

Read more from News
← The Acer Chromebook 13 Spin could be the Pixelbook for the masses
How does the OnePlus 6 hold up against other flagships? →