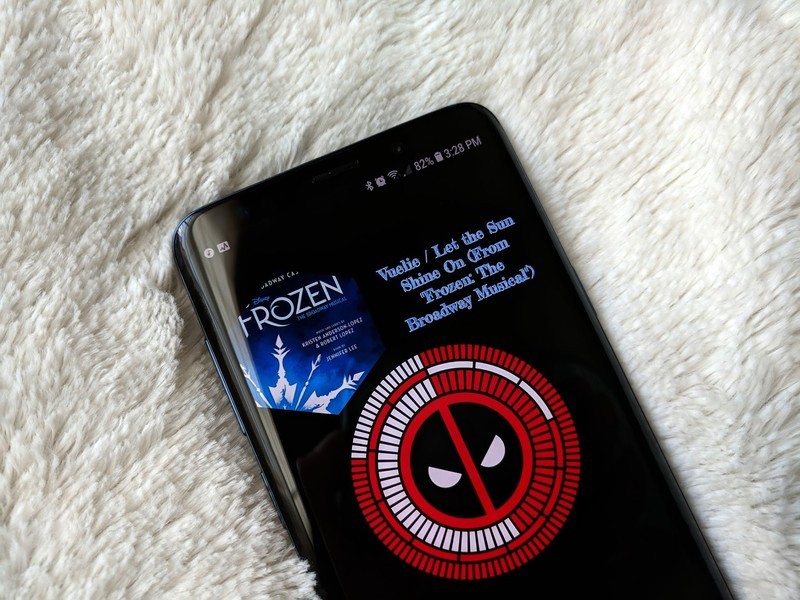 A good way to do that is to read a book, listen to some music or watch a movie or show. See what’s caught our attention for the week of May 18th. 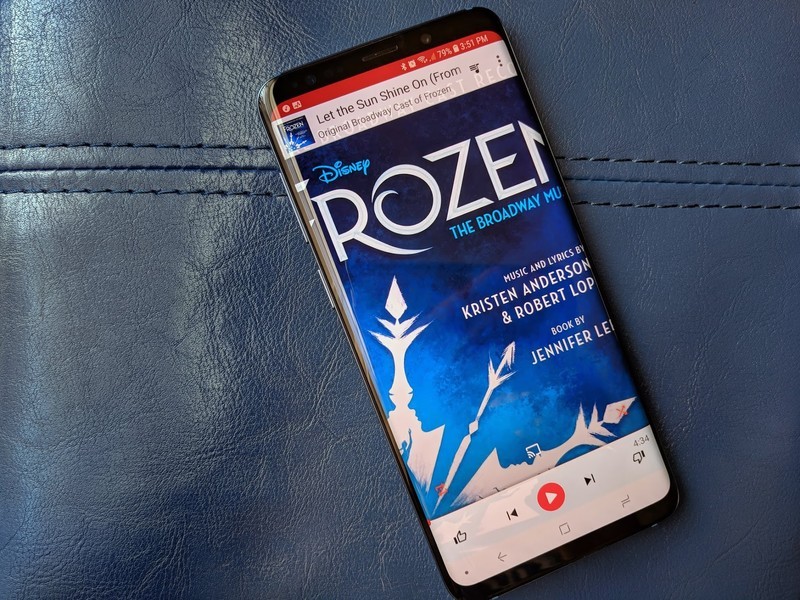 Deadpool 2 is out this weekend, and I’m going to need something to offset all the amazingness and violence and X-Force gratuity that it’s going to overload my brain with, so thank the Disney gods that the cast recording for Frozen: the Broadway Musical released last weekend. If you’re a fan of the original film, you’re in good hands here because the story has been expanded and deepened, taking us further into all of the characters we loved and hated from the original.

As someone who absolutely adored the richness of Hunchback of Notre Dame’s extensive use its heavenly choir, Frozen’s chorus is not quite as robust, but definitely as commanding and enchanting. This is especially during the show’s opening number “Vuelie/Let The Sun Shine On” and chorus-narrated climax “Colder By The Minute”. The album has a lot of heart and a lot of charm in it, but the most fun track on the album is “When Everything Falls Apart”, which was dropped from the show. It’s catchy, it’s cute, and it’s the kind of classic turn-everything-around Broadway number that I live for. I understand it getting cut because it’s probably a bit too light for the scene it replaces, but it makes me smile and snort-laugh like the Disney nerd I am.

This week, I discovered that Amazon had released the fourth season of the excellent crime show, Bosch, based on a number of books by Michael Connelly starring an LAPD detective of the same name.

The show isn’t particularly innovative in its plotting or pacing, but the characters are all compelling, and like great serialized dramas, from Dexter (minus the last season) to The Wire, individual seasons stand on their own while weaving small plot threads throughout the series. In the case of Bosch, while he’s toiling away solving crimes in his beleaguered LAPD homicide division, he’s trying to solve the cold-case murder of his mother, which happened when he was a child.

There’s more than enough meat on the bones to keep the show interesting from episode to episode (there are 10 50-minute shows per season, and there are four seasons), but the thing that keeps me addicted is the larger arc of tension between the police and the LA citizens that crime continues to affect in disastrous ways year after year.

On May 5, Childish Gambino AKA Donald Glover dropped one hell of a music video for his latest track “This Is America” and it’s blown up like crazy. It has led to some great discussions about the layers of symbolism in both the lyrics and the video while amassing over 130 million views YouTube. The song itself debut at #1 on the Billboard Charts (if people care about that sort of thing these days), and Glover also crushed his live performance of the song on SNL.

I’ve been a huge fan of Donald Glover for years now and I just can’t get over how talented the dude is: from his stand up comedy, to playing Troy in Community, to his earlier rap efforts, I love it all!

Plus, he’s starring as a young Lando Calrissian in the upcoming Solo: A Star Wars Story flick which… eh. But it’s Star Wars, so I’ll inevitably see it. 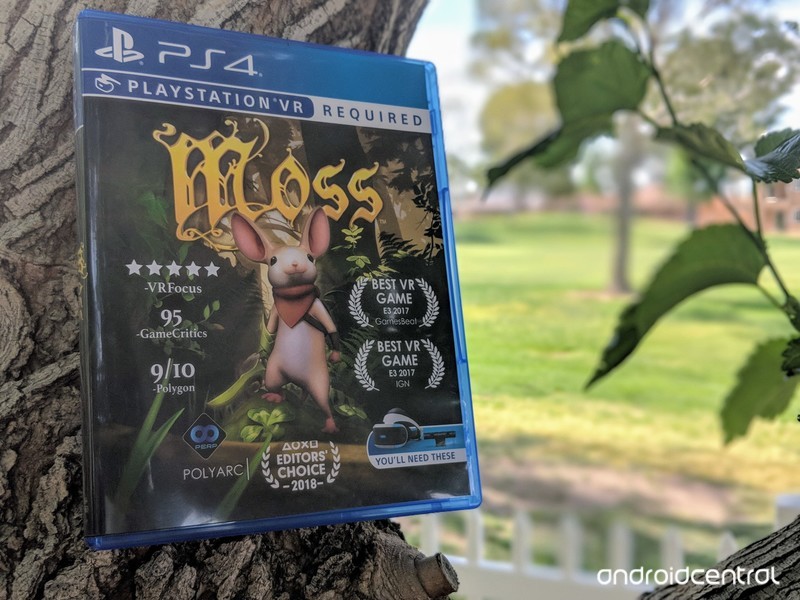 After playing nothing but Fortnite for the past few weeks, I decided to expand my gaming horizons a bit by finally jumping into Moss. I’ve been a big fan of the PSVR since it was released, but few games have made me feel like I was truly transported into a completely new world.

Moss is one of those games.

I’m only a couple chapters into it so far, but I’m already hooked on everything developer Polyarc is throwing at me. The gameplay is fun, the implementation of virtual reality is one of the smartest I’ve ever seen, and Quill has got to be one of the cutest protagonists I’ve encountered in some time. The game costs just $30 on the PlayStation Store, and if own a PSVR and still haven’t checked it out, you’re really doing yourself a disservice.

This week was all about trying albums or artists I’d listened to before but disliked, but now I enjoy them. I purchased Leon Bridges’ debut album, Coming Home when it came out back in 2015, but rotated it out of my main library after a month or so because I didn’t really care for any of the songs. Flash forward to two weeks ago, and someone sang River — wonderfully, I might add — at one of my regular open mic bars. This prompted me to give Coming Home another try, and I’m glad I did. All of those songs are now back in my main library, and I’m in the process of learning a few of them. I also purchased his most recent album, Good Thing, which I’m becoming fond of as well.

One other album I decided to give another listen was Stay Gold by First Aid Kit. I’ve sung the praises (pun intended) of First Aid Kit’s newer work, but I don’t know why I’m just now enjoying Stay Gold. It was on sale on Amazon MP3 last week, and I figured it couldn’t hurt to try it. I listened to the album pretty much on repeat during a quick trip to Texas, and now the song Cedar Lane will always be associated with me walking around downtown Austin.

On the subject of repeat performances, I watched the entirety of The IT Crowd for the ninth or tenth time. It’s still funny, and since it’s a British series it never takes long to get through. I am not looking forward to the American remake of this because why mess with perfection? 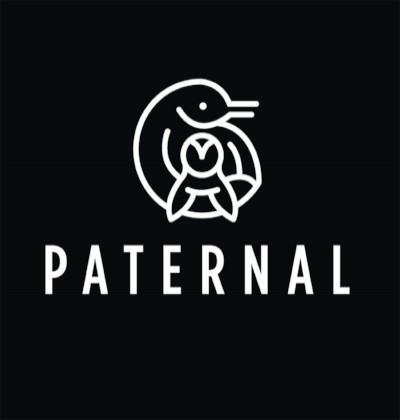 I’m not a father or expecting to be one anytime soon, but I found a fantastic podcast called Paternal that, as the name suggests, talks all about fatherhood. I was turned on to the podcast because the host, Nick Firchau, used to be involved with some soccer media and worked for my home club, and he’s a fantastic podcast host and producer no matter the subject.

Nick leads into each episode of Paternal with a quick story or background for a guest interview, where he tackles topics surrounding fatherhood, relationships, parenting and more. The episodes are one-off and don’t have any connection between them, so it’s easy to pick up a single episode at any time. Even as someone who isn’t a dad, I find something insightful in every episode.

Paternal is available on Pocket Casts and a whole host of other apps. 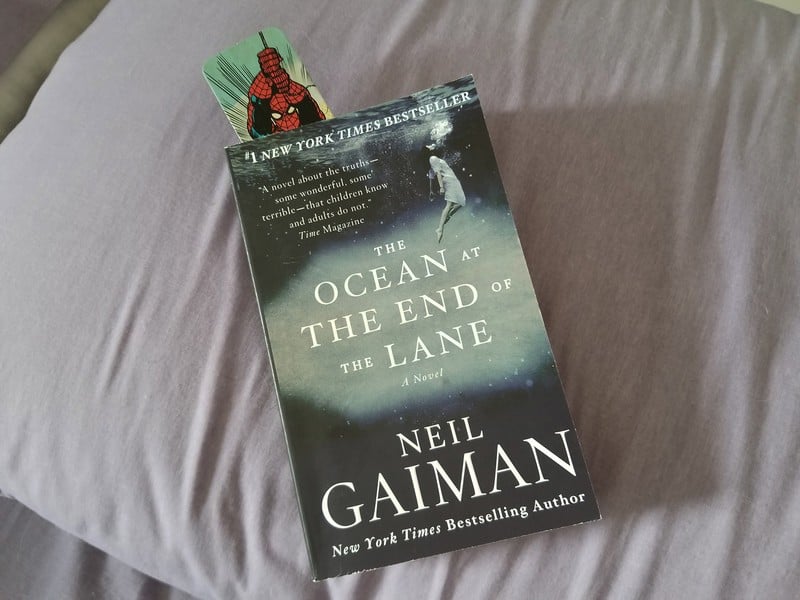 I finally kicked my own ass back into reading this year (I hate making New Year’s Resolutions, but my timing coincided, so here we are), and I’ve just tucked into my sixth book of the year, The Ocean at the End of the Lane by Neil Gaiman (his most recent solo fiction novel). He’s easily my favorite writer of all time, and it’s simply because he’s so versatile, starting in comics with Sandman, co-writing his first novel, and then delivering classics like American Gods and Stardust.

Like all of Gaiman’s books, The Ocean at the End of the Lane starts mysteriously, with the main character describing his childhood memories of a suicide, a secretive (and I’m thinking magical) family, and a simple duck pond that seems to become more ominous by the page. I’m not too far into it yet, but it’s the first of Gaiman’s novels I’ve read that’s from the first-person point of view, which adds a freshness to his writing that it didn’t really need to (since he’s always brilliant), and in true Gaiman fashion, it’s building toward a rich story that I know will leave me mulling it over well after I’ve finished it.

Update, May 18, 2018: This is a weekly series where we tell you what we’re into, so check back every weekend!

Read more from News
← As Wear OS ticks to a stop, Google needs to wind it back up
Android Things is the smart home’s saving grace and it can’t come soon enough →