From the Editor’s desk: Motorola is a big deal in Brazil, and it’s not a fluke

Motorola’s position in Latin America is dramatically different from the U.S. and Europe.

I had the wonderful opportunity to spend a few days in São Paulo, Brazil this week to attend a Motorola launch event for the Moto G6 and Moto E5. Not only is it a lovely city filled with great people and tasty food, but being there was the best way to understand just how differently Motorola is perceived and embraced in Latin America compared to the U.S. and Western Europe. 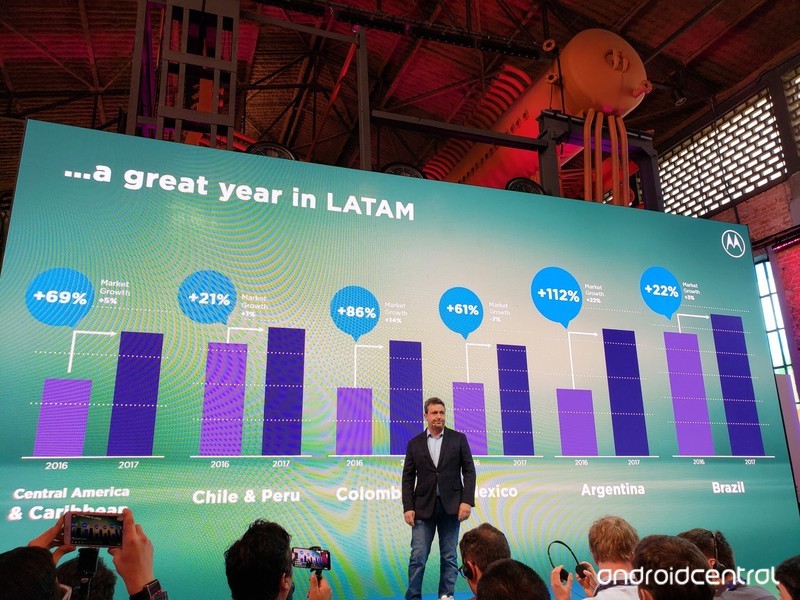 The simplest way to put it is that Motorola is a massive player in Latin America, and being there myself immediately refreshed my opinion of the company’s standing in the smartphone world. It started the minute I landed at Guarulhos airport in São Paulo — Motorola phones were everywhere. Travelers were coming and going, glued to their Moto the same way people in the U.S. are inseparable from their iPhone. My driver from the airport navigated to the hotel using Waze on his Moto G5. Walking down the street and sitting at restaurants, I paid attention to the phones in use (as I do everywhere else I travel) — Motorolas stood out as a significant portion, mostly Moto Gs.

Focusing on the U.S. and Europe, it’s easy to think of Motorola as a second-tier player, making good unlocked phones but not really holding a large stake of the market — recent numbers show it under 5% in the U.S. But when you look at the numbers for Latin America, it’s a dramatically different story: Motorola is a huge player. It has over 20% market share in Brazil, which is good for second place, though Samsung is in a solid first place at roughly 40%. And Motorola’s on the uptick even in Brazil — it was under 15% market share just a couple years ago.

Motorola has secured a #2 position in several countries — you can’t ignore that success.

Motorola could be happy enough with its strong positioning in Brazil considering the huge size of the country (over 200 million people, by the way), but its strengths are more widespread than that. Motorola has a second-place position in several Latin American countries, even in the “premium” segment of $400-600 where the Moto Z line sits. It saw growth of 20 to 100% from 2016-17 in countries like Colombia, Chile, Peru and Argentina. Hardly a bit part player when you see it that way.

We also have to remember how different the overall smartphone market is in Latin America. Recent figures from Brazil list Android at 93% of the market, with a much lower average selling price than the U.S. Everywhere I went in São Paulo, a massive metropolitan city, I saw smartphones — but that isn’t representative of the whole country, where smartphone penetration is still under 50%. These are perfect market conditions for Motorola to grow: it sells great phones at affordable prices, and has a reputation for being a quality brand in these markets.

It’s going to take a lot of work to see that sort of growth and market position in the rest of the world, but Motorola has shown it can do it on a pretty considerable scale. And it just goes to show that the world’s a whole lot bigger than the few countries we focus on the most every week.

So with all of those numbers out of the way, a few other thoughts on the week:

Have a wonderful week, everyone!