Jaguar introduced its low-slung pure electric crossover way back in 2016 at the Los Angeles Auto Show. Since then, it keeps popping up at car events while the automaker slowly doles out information on it. While we wait for the vehicle to make its way into mass production, we were able to take a pre-production version for a spin at Jaguar’s North American headquarters.

The drive wasn’t on the streets of Mahwah, New Jersey near its HQ, but instead on a sort of autocross course in the company parking lot. While my time behind the wheel wasn’t nearly enough to get a true feeling of how the I-Pace (starting at $69,500) would fare in the real world, it was an interesting way to test the SUV’s handling and torque. I’m happy to report, that they both performed admirably.

The all-wheel-drive electric I-Pace turns quickly, almost effortlessly. Cranking the steering wheel hard while accelerating produced less body roll than expected and the crossover kept a solid line around the track as I tried to best my fellow journalists at the event. I got seventh place, then was pushed down to eight, then down to ninth. At that point, I left and made myself believe I was in the top ten at the end of the day without checking on the final standings. 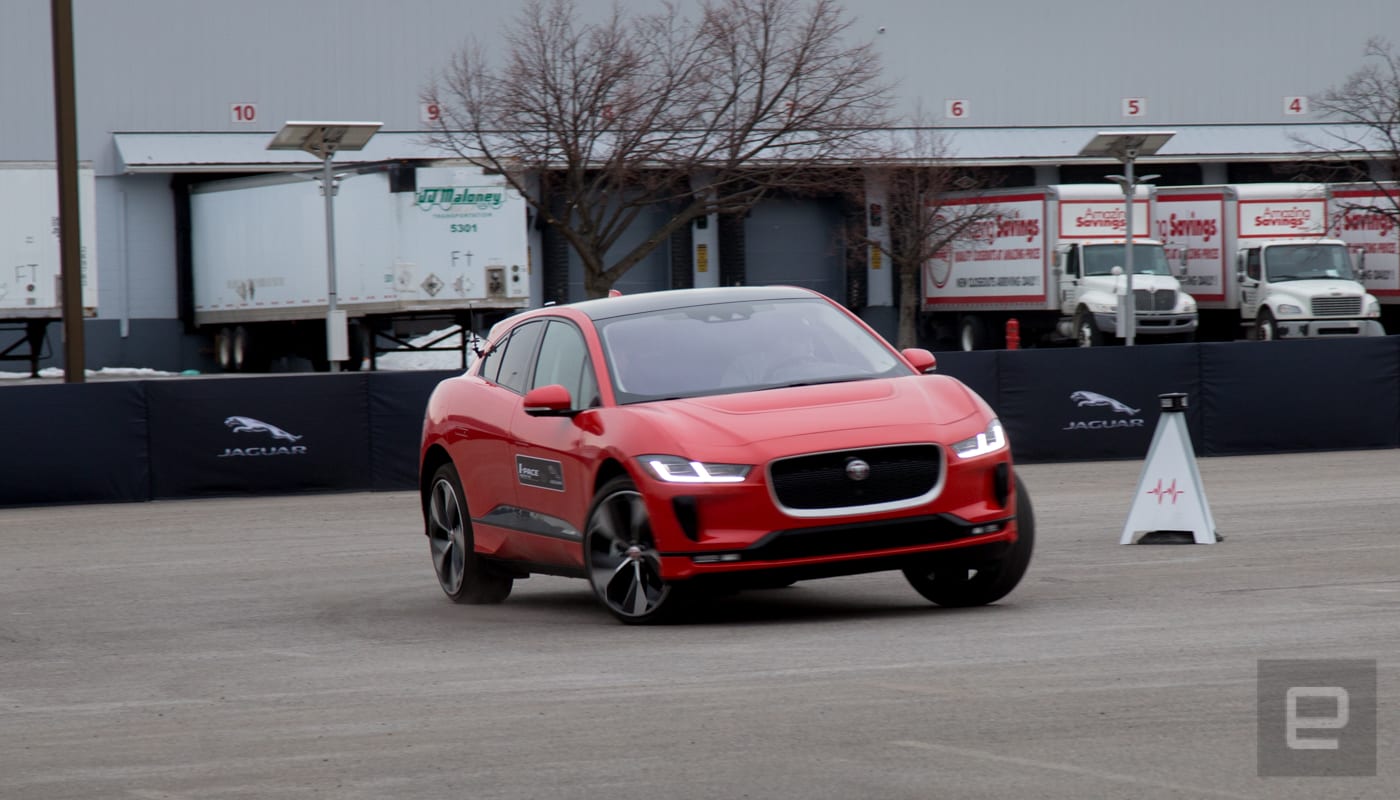 Thanks to the crossover’s 394 horsepower and 512 pounds of torque, the I-Pace leapt when I stomped the accelerator. Jaguar says the SUV will do zero to 60 in 4.5 seconds, which is easy to believe after my quick jaunt on the course. While the power and turning seem to be ready for discerning Jaguar owners, the interior should keep those folks happy too.

The inside of the I-Pace is typical Jaguar with wood paneling and stitched leather. The seats were sportier than expected but nonetheless comfortable with ample side support. On the steering wheel the automaker borrowed the light-up options from the Range Rover Velar. When the car is off, everything is black, lights around the controls come alive once you start the engine. 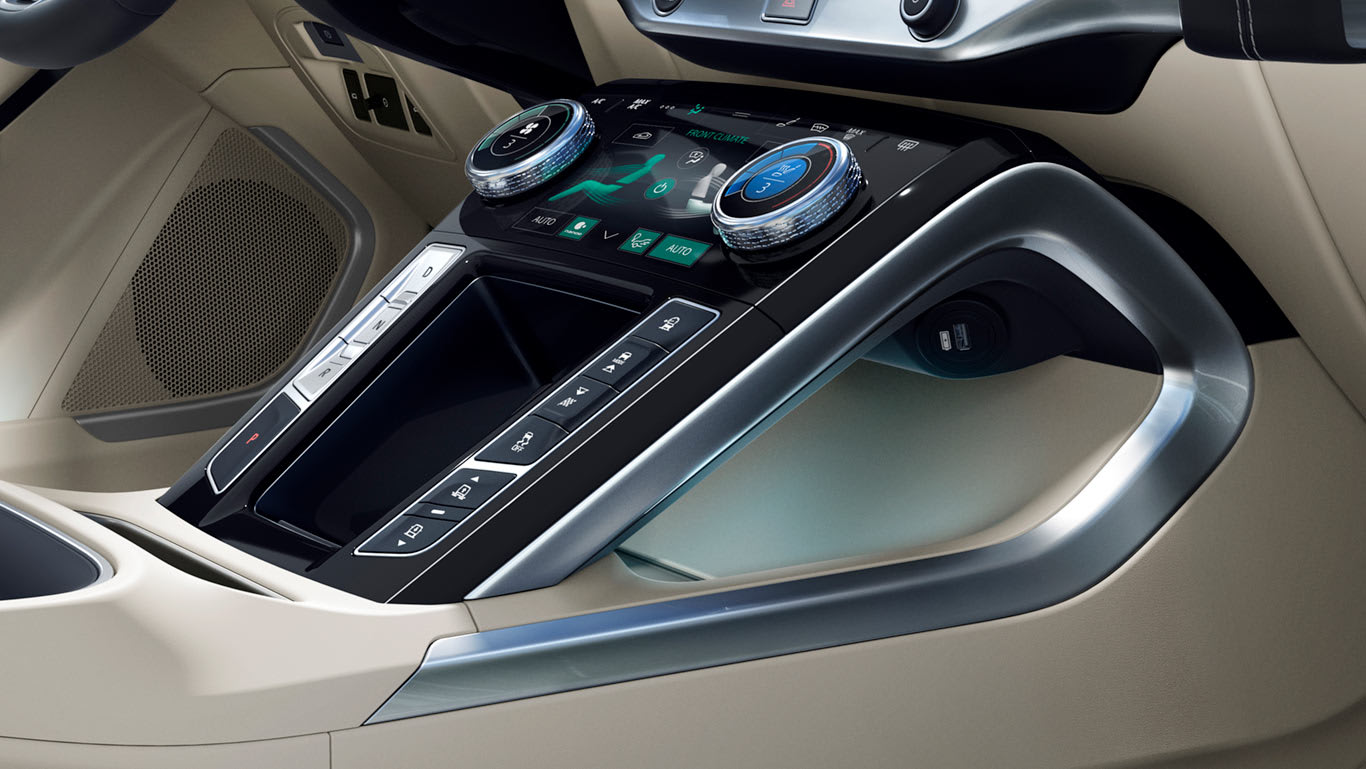 Meanwhile, the center console has an odd split in the middle with the gear selector on one side and drive modes on the other. It doesn’t seem like it would look good, but somehow it does. The area behind the split will hold a wireless charger for smartphones.

Above that smartphone cubby is the Touch Pro dual display infotainment system and climate control. You may recognize this from, you guessed it, the Velar. Like that car, the knobs serve multiple functions like adjusting the media volume and the dive mode. I didn’t get much of a chance to play with the infotainment system during the quick drive so that’ll have to wait until the full review. 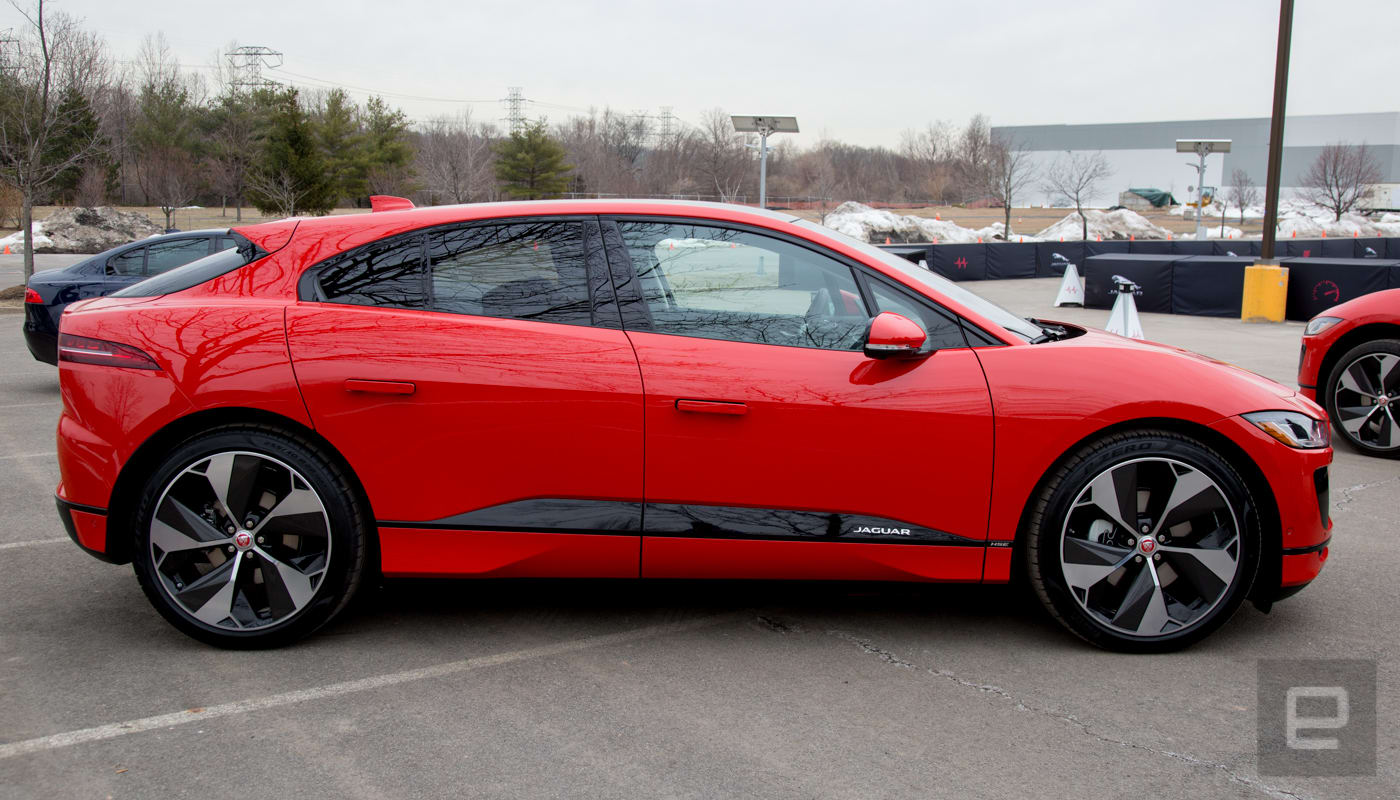 Hopefully, that review won’t be too far into the future though. Jaguar says that it will be available in the second half of this year. The I-Pace might be a great autocross car, but in the real world it might fall short. It’s unlikely, but you never know and we’ll have to wait to make a real assessment of the first electric vehicle from Jaguar.

Click here to catch up on the latest news from the 2018 New York Auto Show.