An AR app returns stolen Gardner paintings to their frames

In the early hours of March 18th, 1990, two men dressed as police officers pulled up to a side entrance of the Isabella Stewart Gardner Museum in Boston. They claimed that they were responding to a report of a disturbance. A guard let them in, and 81 minutes later, the two thieves had absconded with thirteen works of art valued at over $500 million, cutting priceless paintings out of their frames.

The “Gardner heist,” as it’s come to be known, is one of the most famous art thefts in history. It’s also the biggest one that remains unsolved. Decades later, it still captures the public’s attention every time it’s in the news. Multiple books have been written about the case over the years; a true crime podcast called “Empty Frames” launched in February that aims to take a fresh look at all the evidence and perhaps eventually solve the case. 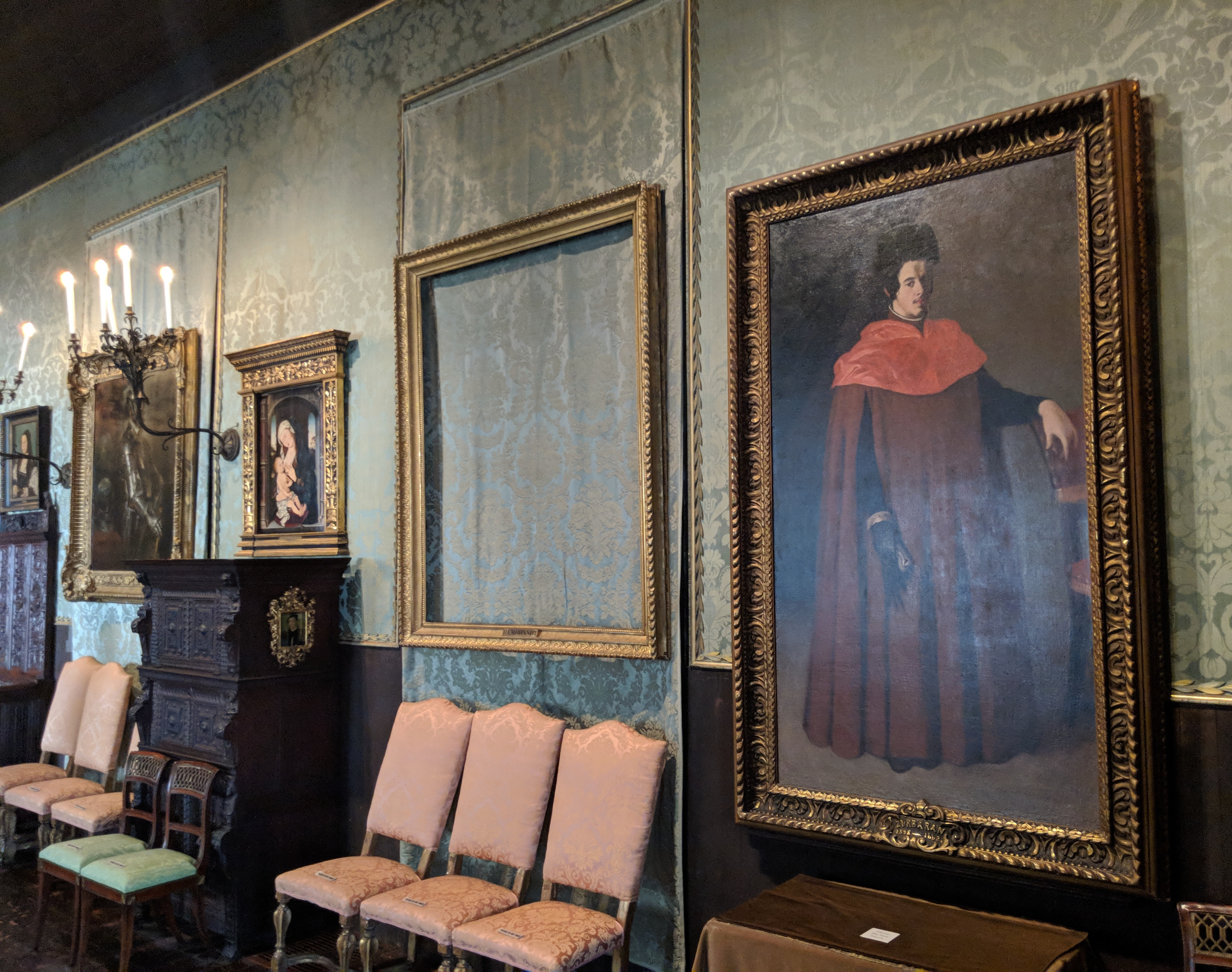 Cuseum works to make museums and other cultural institutions more accessible through the use of cutting-edge technology. One example is the ability to digitally guide visitors through spaces without a language barrier. “Imagine if museums could clone their best guide or docent, have them available 24/7, and with the ability to speak multiple languages,” Brendan Ciecko, the founder of Cuseum, explained to Engadget. “Our platform empowers museums to do that.”

Ciecko’s team had long been fascinated by the Gardner heist. “Recently, after testing some new prototypes at a local museum and showing my team the results, one of my colleagues suggested the idea of putting the stolen art back in the frames at the Gardner,” Ciecko said. “I was psyched to explore this concept further — the opportunity to explore something new, the technological challenge, and the idea of returning something to its rightful home. Additionally, Isabella Stewart Gardner was a true innovator of her time, and what better way to celebrate her pioneering spirit, and return her beloved collection back to its original state, even if only through a digital lens.”

“Hacking the Heist” is an independent passion project for the team at Cuseum. It wasn’t paid for by and is not affiliated with the Gardner Museum. The app that was developed using Apple’s ARKit. “Once Apple’s ARKit was released it marked a new chapter for app developers,” Ciecko explained. “Compared to other frameworks, the quality and stability was incredibly promising right from the start. With the latest release, ARKit 1.5, Apple introduced vertical surface detection and on-device image recognition, which were key components needed to make this project possible.”

The app isn’t publicly available yet — the Cuseum team is waiting for iOS 11.3, which supports this type of AR, to be released. Once it is, though, visitors to the museum with iOS devices will be able to download the app. Once they’ve pulled it up, they can aim their smartphone or tablet at the empty frames where these priceless paintings once hung. Through an imaginative use of AR, the app will fill in the blanks — quite literally. People will be able to see what the missing paintings looked like hanging on the walls of the Isabella Stewart Gardner Museum.

The app currently only covers two of the most popular missing paintings: “A Lady and Gentleman in Black” and “Christ in the Storm on the Sea of Galilee,” which were both painted by Rembrandt. The latter is his only known seascape. However, the team at Cuseum hopes to add more of the missing art in the future.

“Hacking the Heist” isn’t the only augmented reality project that Cuseum is working on, either. The company is developing more AR tools with multiple museums across North America to enhance visitor experiences. At the Perez Art Museum in Miami, the team at Cuseum recently helped launch both the first instance of ARKit in a museum, as well as the “world’s first fully AR-powered museum exhibition.” It features the works of Miami-based artist Felice Grodin and contains four digital works that examine the relationship between the mental and the physical.

It’s clear that augmented reality can affect and enhance the way we interact with museums and cultural institutions. With the Gardner Museum in particular, AR can educate visitors about the theft and help complete their experiences by “filling in” the paintings that are missing. “We hope people feel a deeper connection with the works that would have otherwise been hanging in the empty frames,” Ciecko concluded. “Many visitors are either unaware of the heist and its magnitude, or don’t know what the stolen masterpieces even looked like. We also hope this inspires people to think about the ways in which technology can show us things that no longer exist and transform the experience we have at those moments.”