Yes, this is still a thing you have to remember.

Project Fi offers a lot of flexibility when it comes to networks, with seamless switching between T-Mobile, Sprint, US Cellular and Wi-Fi for calling, texting and data needs. While we’ve established that the switching isn’t much to worry about and actually works quite well, the one shortcoming arrives when you go to make calls and use data at the same time when your phone is connected to the Sprint network. 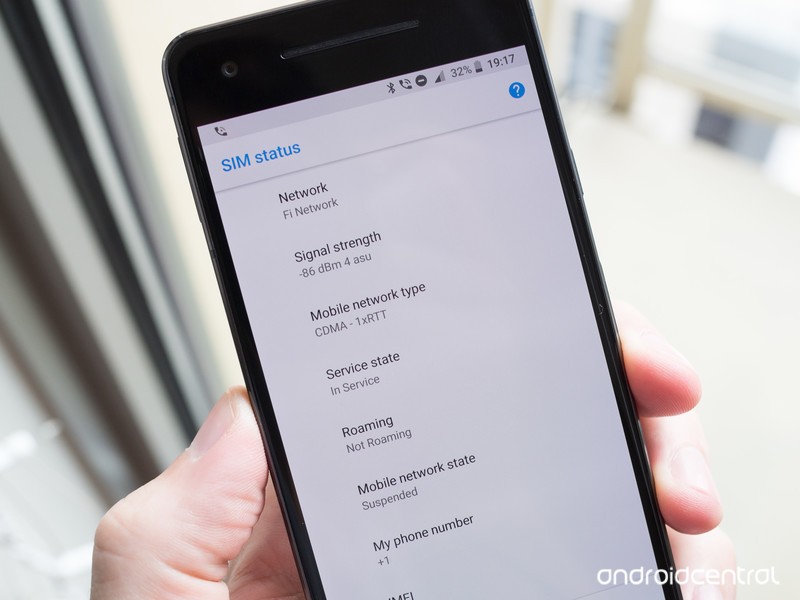 Just like other modern phones that are running on Sprint proper, there’s no simultaneous voice and data support when your Project Fi phone uses the Sprint network. So if your phone is connected to the Sprint network (which by design isn’t made clear to you) and you connect a phone call, your data connection will cut out — so you can’t search for that restaurant you’re trying to book, grab tickets to the show you’re discussing, or perhaps more importantly use your laptop that is tethered to the phone at the time.

This really is only a problem because your phone won’t tell you what network you’re on.

While this isn’t any big revelation to those who have used Sprint for any length of time, it can catch Project Fi users off guard. Without the assistance of a third-party app, you don’t know whether you’re on T-Mobile, Sprint or US Cellular at any given time — and you’ll only find out that you’re about to drop your data connection for a call right when you make or receive it. That can be frustrating and confusing if you’re not aware of this limitation.

If you’re connected to the T-Mobile network the phone will keep a data connection (using VoLTE or dropping to HSPA+) during a call, but if you’re on Sprint it’ll drop out immediately. US Cellular is actually more proactive about rolling out its simultaneous voice and data, so if you happen to be connected to its network you have a good chance of not losing your data connection — but the US cellular network is dramatically smaller than Sprint’s, making it a much smaller issue to begin with.

It’s a hurdle that Google can’t really do anything about so long as it continues to let your phone automatically switch between networks — which is kind of a tentpole feature of the service. And Sprint’s sluggishness of moving to VoLTE (Voice over LTE), which would rectify this situation, isn’t helping. For now, your solution is to either make VoIP calls using the Hangouts app (yes, you can still do that), or be ready for phone calls to potentially put a pause on your data consumption.

Read more from News
← Pandora Plus and free members can stream on-demand after watching an ad
Deal: Daydream View VR headset on sale for $78 →