Razer’s Blade Pro gaming laptop can now be had for $1,700 less

When Razer redesigned its Blade Pro laptop late last year, it finally had a flagship notebook that lived up to its name. The 17-inch Blade Pro had a gorgeous 4K display, a screaming fast processor, top of the line NVIDIA graphics and even somehow managed to fit a mechanical keyboard in a laptop chassis. The only problem was that it cost almost $4,000. Now, Razer is offering another option: a pared-down version of the Blade Pro that costs almost half as much.

The new lower-priced Blade Pro still isn’t cheap, but by removing some of the machine’s more luxurious features, Razer has managed to shave about $1,700 off of the total price. That means the new configuration will ship with a 1920 x 1080 Full HD non-touch display instead of a 4K screen and will use NVIDIA GeForce GTX 1060 graphics. The machine will have half as much memory too, shipping with 16GB compared to 32GB in the base model. Finally, the lower-end machine will forgo the Blade Pro’s fancy low-profile mechanical keyboard in favor of traditional membrane keys. 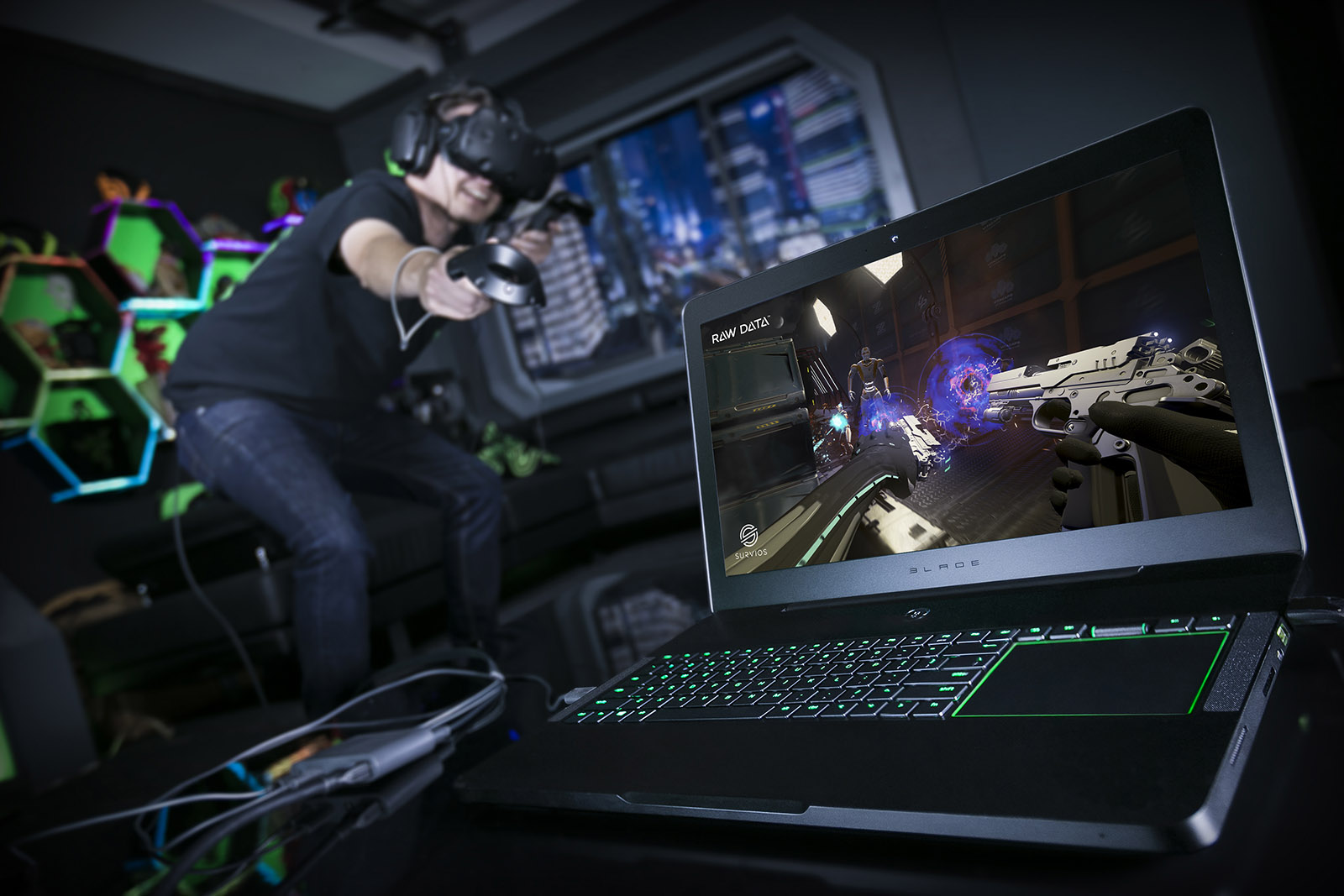 All in all, that basically means the lower-end Razer Blade Pro is just a 14-inch Razer Blade in a larger form factor. That means it’s still a pretty powerful machine too — with enough oomph to push a decent VR experience. The company is also releasing a larger Razer Rogue gaming laptop backapck specifically to carry the large notebook. It needs it, too. The Blade Pro may be luxuriously large on a desk, but it’s pretty hard to carry around in a standard size bag.

The new budget configuration of the Razer Blade Pro will be available for $2300 later this year.