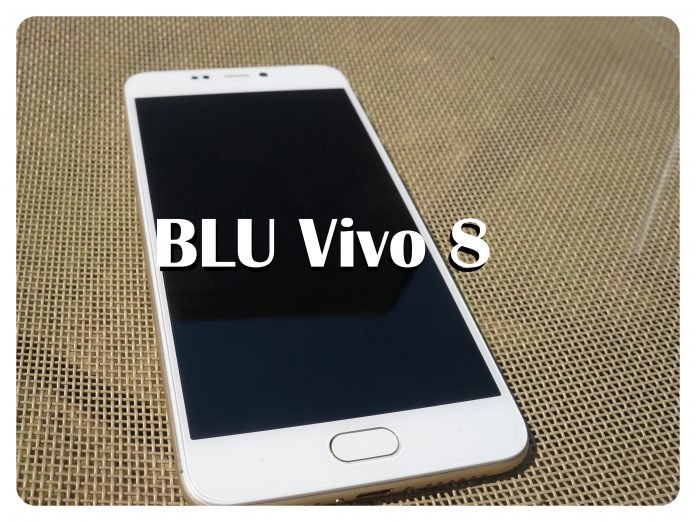 BLU is one of the most prevalent smartphone manufacturers on the planet right now. While most of the devices BLU creates are quite niche and not big-time sellers, there’s enough variety to cover all types of customer needs. BLU’s Vivo line is generally considered among the premium lineup even though the specs and price aren’t in the same ballpark as Samsung’s, LG’s, HTC‘s or Sony’s best smartphones.

BLU is targeting the budget-conscious consumer with the new Vivo 8 – customers that may be considering the Motorola G5 Plus or OnePlus Five. This device is launching at $299 USD but will be available at the promo price of $199 USD from August 31 to Septemer 1, 2017 on Amazon. This price point makes the Vivo 8 extremely competitive in the ever-growing budget market, but the overall design and specs make it a top consideration for anyone looking for a new unlocked phone. 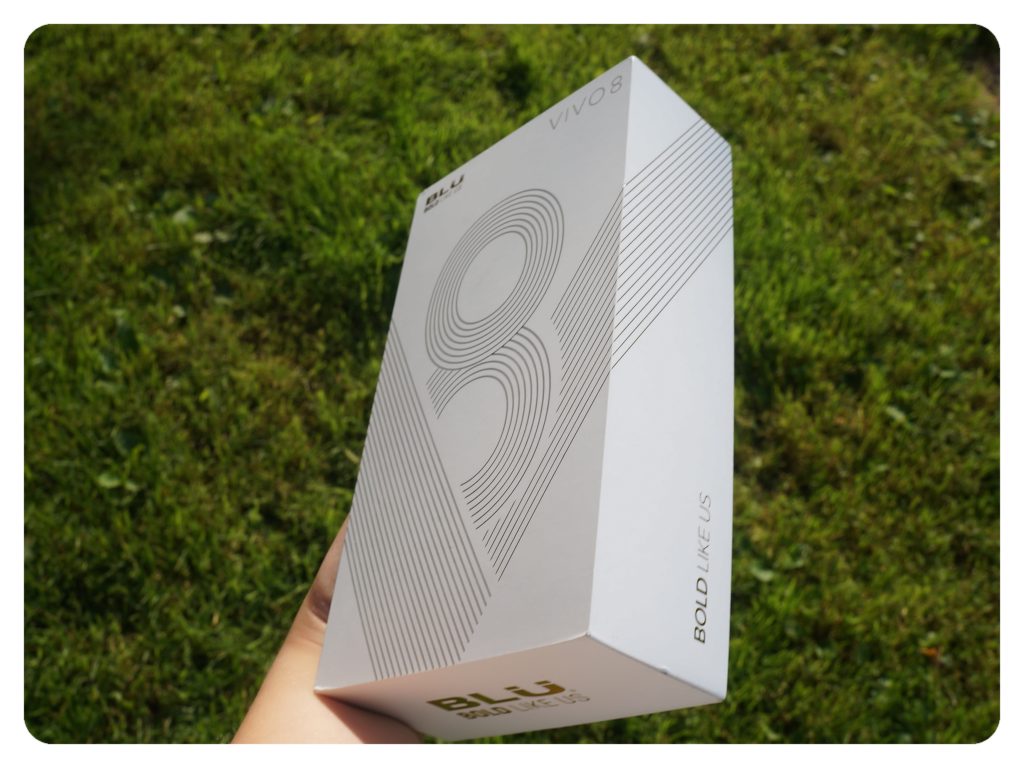 The Vivo 8 showed up in this nice little box and as a collector of neat boxes for electronic devices, I was pleased.

Upon removing the phone from the box I was pleased with the overall feel of the Vivo 8. It’s not overly heavy or obtuse and feels balanced in the hand. While holding the Vivo 8 I felt as though the metal backing was quite slippery and I immediately worried about dropping it. Thankfully BLU includes a silicon case that adds protection and some additional grip. 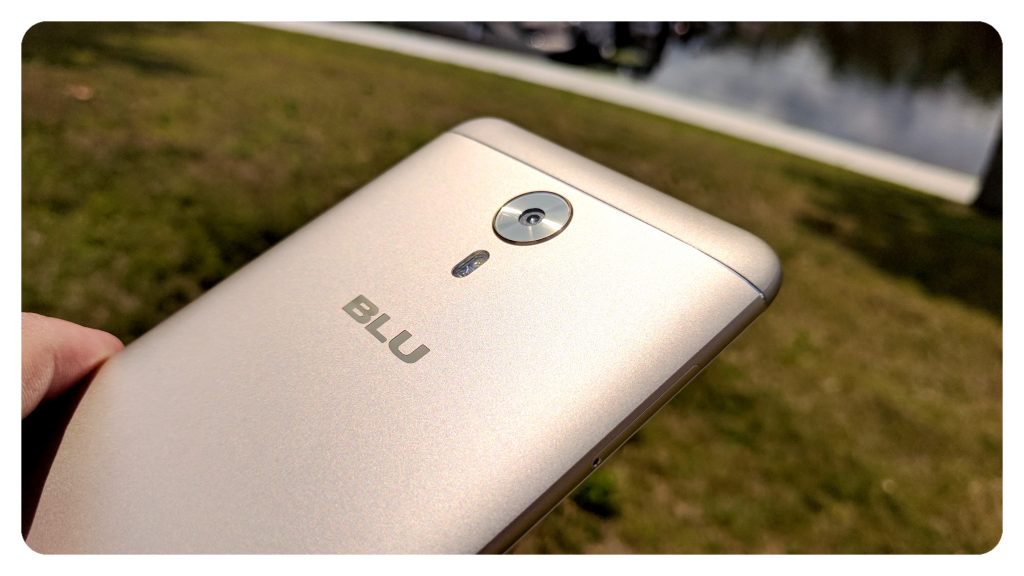 The BLU Vivo 8 features a soft gold metal back plate that looks great from any angle.

Setting up the Vivo 8

After just a few moments I had the Vivo 8 booted and completely set up – or so I thought. Once at the home-screen, I was completely lost. I’ve played with a lot of Android devices and my home-screen never looked quite like this. After a few minutes of tinkering, I discovered that BLU employs a unique overlay to the stock Android OS that lay hidden somewhere below this monstrosity of a UI. 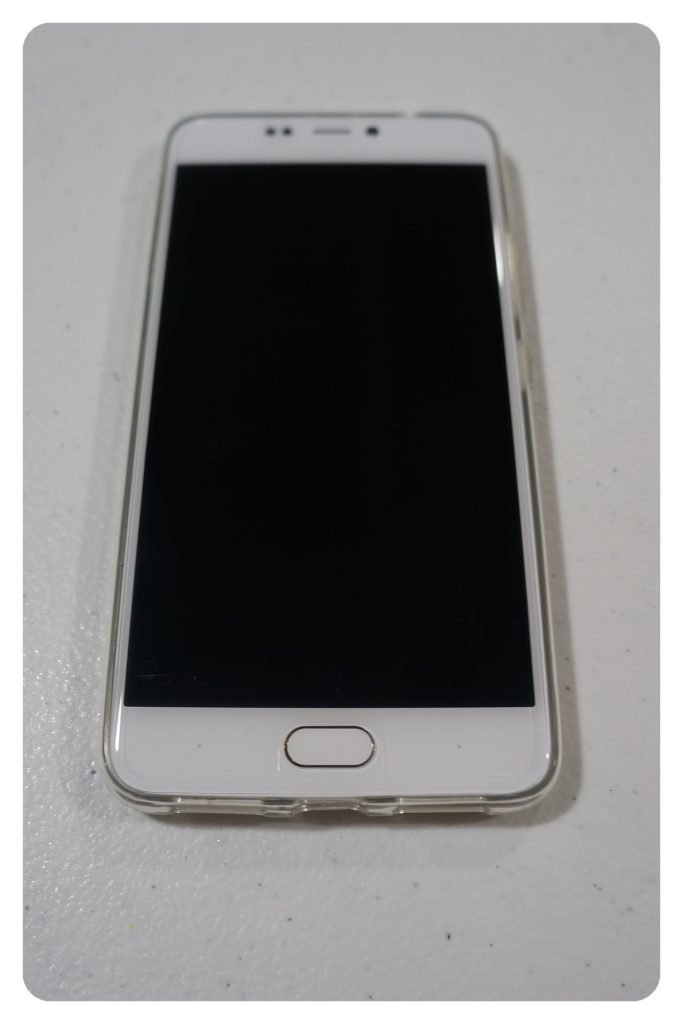 While the overall design won’t turn any heads it will feel comfortable in most hands.

Quick settings and toggles are at the bottom and accessed by swiping up. Notifications are still found by swiping down and look slightly different than stock Android, but are still completely functional. It all felt foreign at first glance with the strange icons, a wonky launcher and flip-flopped quick menus. Thankfully, this is Android and I was able to install a new launcher and icon pack as well as disable some basic BLU add-ons that were more annoying than helpful.

Any Android user can and will find the widgets, apps, features and particular settings that he or she likes – and I appreciated that BLU did not go overboard with some of the OS specific settings and overlays. This was a minor inconvenience but honestly my biggest gripe with the entire Vivo 8 experience.

After logging into my email, social media sites, and general user accounts, I felt at home on the Vivo 8. I have used Samsung Galaxy devices as my daily drivers for years now but felt that the Vivo 8 could do anything I needed when it came to daily smartphone tasks. The front-mounted fingerprint reader is super snappy and unlocks the Vivo 8 from the lock screen as well as sleep mode – major kudos here!

Applications downloaded super fast and installed within moments. While connected to my home network I ran a few different speed tests that gave me some mixed results but speeds were always sufficient for browsing and downloading. I never felt as though the Vivo 8 was having a hard time with my requests and I rarely noticed the device stutter while loading content. The Vivo 8 easily flips between open applications, the camera app, and music and video players without so much of a hitch. 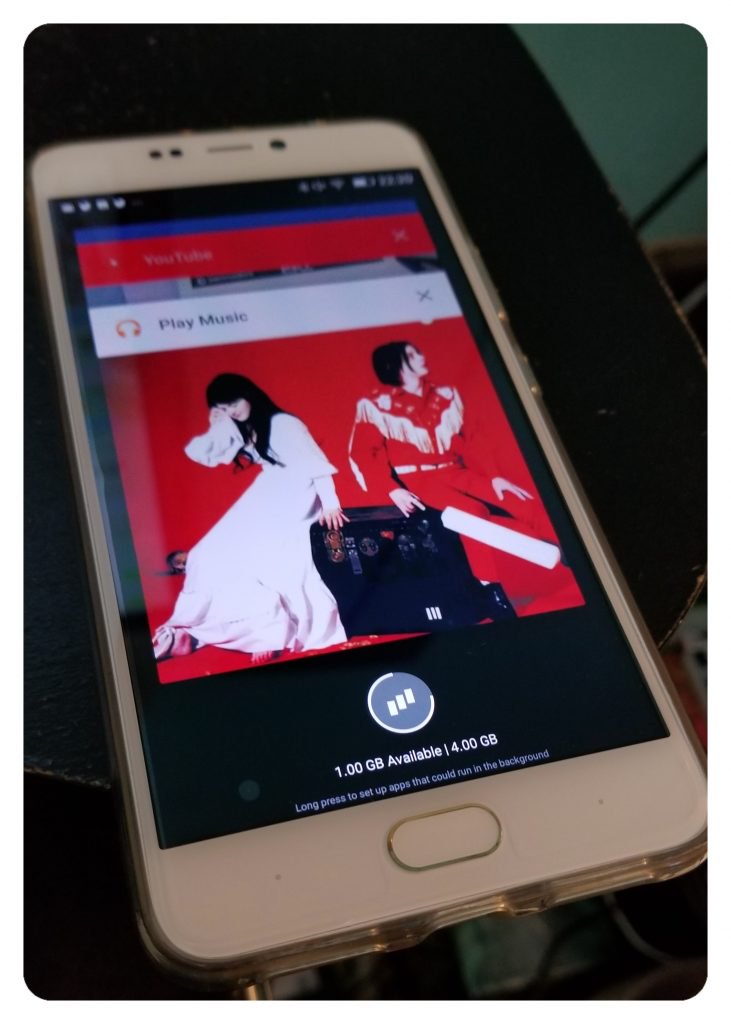 Pressing the recent apps button brings up your apps and current memory usage which I found very informative.

After a few hours of heavy use I found that the battery was hefty enough to easily get me through the day. The impressive 4010mAh battery really packed a punch without adding too much weight to the device. Coupled with the 1080p LCD screen, the embedded battery could easily push me through two days of general use.

BLU crammed the Vivo 8 with impressive specs in all the key areas such as a large, vivid screen, a hefty battery, a functional camera and a fast and accurate fingerprint reader. While there is no water resistance, ultra high-res screen, or top of the line cameras, the Vivo 8 still rocks a ton of RAM and storage as wells as an eight-core processor. The Vivo 8 feels like an “everyman’s” smartphone.

I ran the BLU Vivo 8 through a multitude of benchmarks to see how the processor performed in simulated tests. Overall, I was impressed at some of the capabilities of the Vivo 8–especially with overall processing, but when comparing scores I determined that a lot of these numbers were close to half of what premium phones were capable of–at least on paper.

Benchmarks are great for getting an idea of how capable the internals of a device is, but to fully understand actual real-world performance I put the Vivo 8 to the test by using a variety of everyday applications.

Web-browsing through Chrome as well as applications like Facebook, Twitter and Instagram were quick to load and scrolled smoothly and with little interruption. Applications downloaded and installed quickly and sometimes rivaled high-end devices like the Galaxy S8+ and iPhone 7. I was impressed at the basic processing capabilities of the Vivo 8 from the moment I started using the device. The Vivo 8 [left] has a similar screen and external design when compared to an iPhone 7 Plus [right] yet operates more like a specced down Galaxy S8+ [center]I also tried a host of photo editing utilities, office software, and productivity apps. I found that the display on the Vivo 8 was very responsive while editing photos and typing up long-worded text documents and emails. Adobe Photoshop was quick to render photo effects and WPS Office ran great while editing standard office documents. I did some head-to-head tests with a Samsung Galaxy S8+ and discovered that the Galaxy phone was anywhere from a few milliseconds to a maximum of three seconds faster than the Vivo 8 when it came to loading larger applications.

Next up I wanted to put the Vivo 8 through the paces with some “high-end” Android gaming. I loaded up some of the most demanding games like Need for Speed No Limits, Asphalt 8: Airborne, Temple Run 2, Assassin’s Creed Pirates and Bullet Force. While some may consider the Vivo 8 a large smartphone, a child can easily use this device

Every game I played performed perfectly fine. Some had slightly lower frame rates or lesser effects when compared to other, more expensive devices, but all games were 100% playable. I don’t know if this is a testament to the capabilities of the Vivo 8 or more to the scalability of Android applications–but the fact remains–the Vivo 8 is a perfectly capable gaming smartphone.

After about 10-15 minutes of gaming, I felt that the Vivo 8 had become quite warm, but never so much that I was concerned about the temperature and no games crashed or displayed errors from extensive gaming sessions. In fact, I’ve used other devices that felt much hotter over a shorter amount of time. The Vivo 8 has a vivid LCD screen that’s perfect for outdoor use on those bright, sunny days.

The BLU Vivo 8 has a 16MP selfie cam that faces forward and a 13MP rear-facing shooter. Both cameras take decent shots in well-lit environments but struggle in low light. A large amount of grain is evident in any outdoor shot taken after dusk. HDR modes can assist as usual, but also take a super steady hand or tripod to pull off effectively.

The Vivo 8 does not feature optical image stabilization nor an optical zoom. The f/2.0 lens does include autofocus as well as touch-to-focus capabilities as well as face detection and the typical geotagging feature of practically every smartphone today. While not overly impressed by the quality of the photos I shot, I still found the camera to be one of the better shooters on a device in this price range.

Listening to music on a smartphone is never a great experience. It’ll do for those times where you don’t have access to a Bluetooth speaker or headphones but is obviously not recommended. With that in mind, the Vivo 8 still does a decent job of providing a legitimate aural experience. At the bottom of the device, you’ll find dual speakers that are loud and clear. As a bonus, the earpiece at the top also outputs sound while playing music, games or video with sound. By using all speakers available the Vivo 8 gets plenty loud and rivals flagships from other manufacturers. The dual speakers at the bottom of the Vivo 8 get plenty loud and remain clear at any volume. The inclusion of two also prevents muffled sound from accidental blocking while holding the device

BLU has created a smartphone that can hang with the big boys at a fraction of the price. While it lacks in high-end 3D processing and overall camera capabilities, the BLU Vivo 8 can do virtually anything else an $800 premium phone can do. If you need a GSM phone and don’t need the best camera or gaming prowess, the Vivo 8 has a great design with solid specs at a great price.

BLU has included a plethora of usable features and software functions that make the Vivo 8 a great device for everyday use. The BLU Vivo 8 is an admirable alternative to the high-priced premium phones that so many users gravitate towards. While it lacks tech such as an infinity display, dual rear cameras, waterproofing or retina scanner, the Vivo 8 is still a smartphone worth considering at a much more affordable price.