As far as wireless technologies go, radio-frequency identification (RFID) is one of the oldest. Patented in 1983 by the late British inventor Charles Walton, RFID made it possible for new, cutting-edge tech such as near-field communication (NFC) to exist. As with NFC, RFID chips are used to store information digitally, which can then be shared between objects through electromagnetic fields and radio waves. It may not be sexy, but companies see real potential in the technology, no matter how old. It’s no surprise, then, that over the past few years RFIDs have become ubiquitous in a wide range of industries, including travel, sports and one you wouldn’t expect: fashion.

Brands and retailers from that world, known for being generally slow to embrace technology, have started adopting RFID for different purposes. Some are using it to help them combat counterfeit products, others to make in-store shopping seem more futuristic. And these are just a couple examples. Last year, for instance, fashion designer Rebecca Minkoff began rolling out an RFID-powered self-checkout feature at her boutiques. The system consists of RFID tags tied around items, like a garment or handbag, and smart tables that can read them and send product information to a nearby iPad. The idea is to let you pay faster than you would with a traditional cashier. 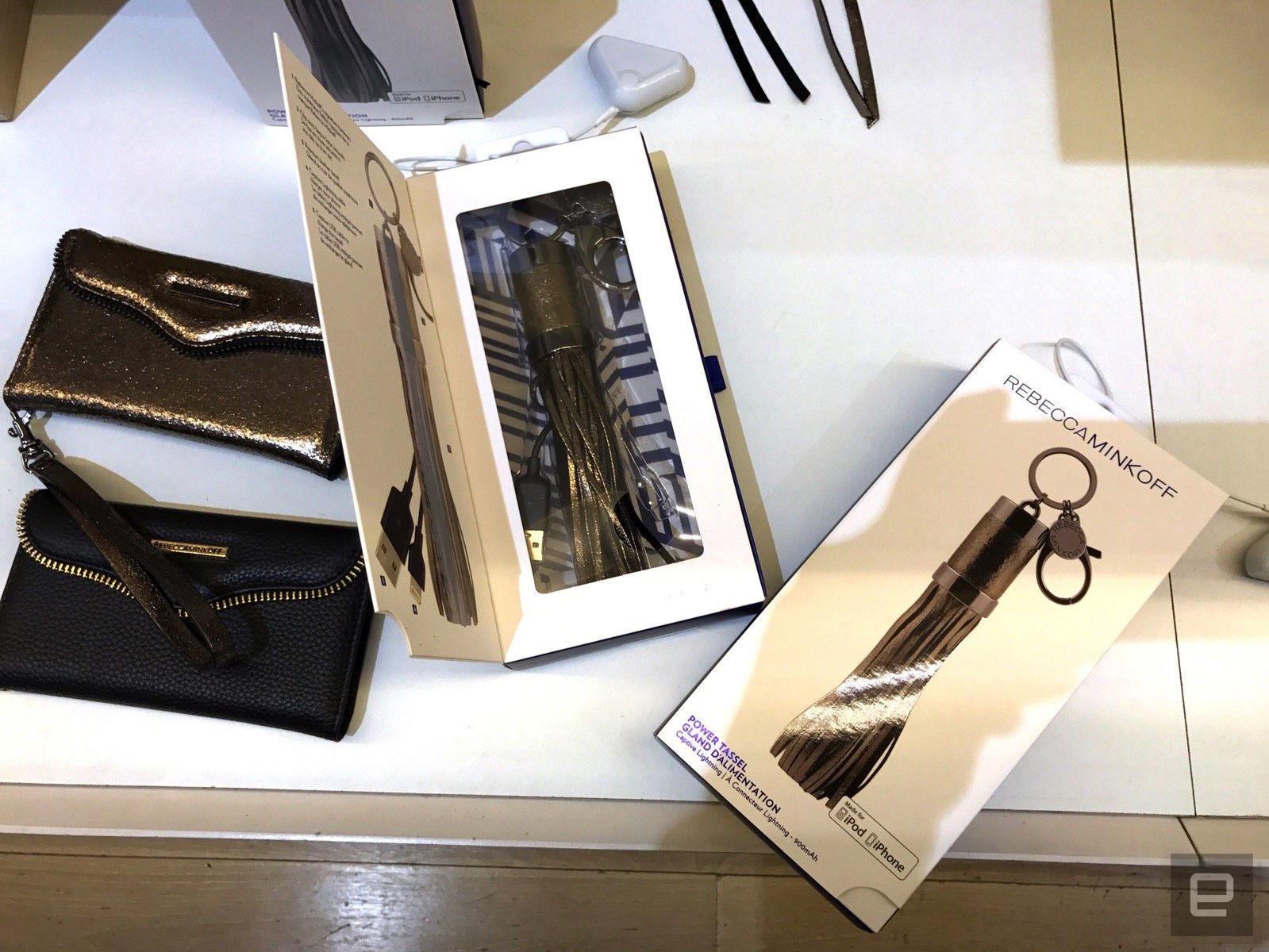 For the most part, Minkoff’s self-checkout works smoothly, though it does get tedious when you have to wait for a store associate to come and physically remove the RFID tags from whatever product you’ve purchased. That said, one of the main reasons companies like to experiment with RFID is its versatility. In Minkoff’s stores, the same RFID tags used to create a speedier checkout process also double as a security measure. Say someone tries to leave without paying for a $500 purse: The chips will set off an alarm that alerts associates as soon as the individual tries to step out the door.

While Minkoff’s version of self-checkout isn’t as automated as what Amazon has planned for its future Go stores, which will offer a Just Walk Out Shopping experience, RFID is a solid alternative for brands that may not have the same resources as a tech giant. If you’re wondering why Minkoff didn’t just use NFC, it’s because RFID is more cost-efficient and offers a longer read range. Mark Roberti, editor in chief of the industry publication RFID Journal, said RFID tags are less expensive than NFC ones due to the “simplicity” of the antenna construction. NFC also relies heavily on Bluetooth, which isn’t the case for RFID.

Italian-French luxury label Moncler is another fashion company that’s shown interest in RFID. Unlike Rebecca Minkoff, however, Moncler’s use is intended to combat fake goods. Last year, the company announced that starting with its spring-summer 2016 collection, it would outfit products with RFID chips that customers could use to authenticate via an app or website. Thanks to the tech, each piece now comes with a unique ID that buyers can scan and, within seconds, find out if their recently purchased garments are legit. This could come particularly in handy if you bought something secondhand or not directly from Moncler. 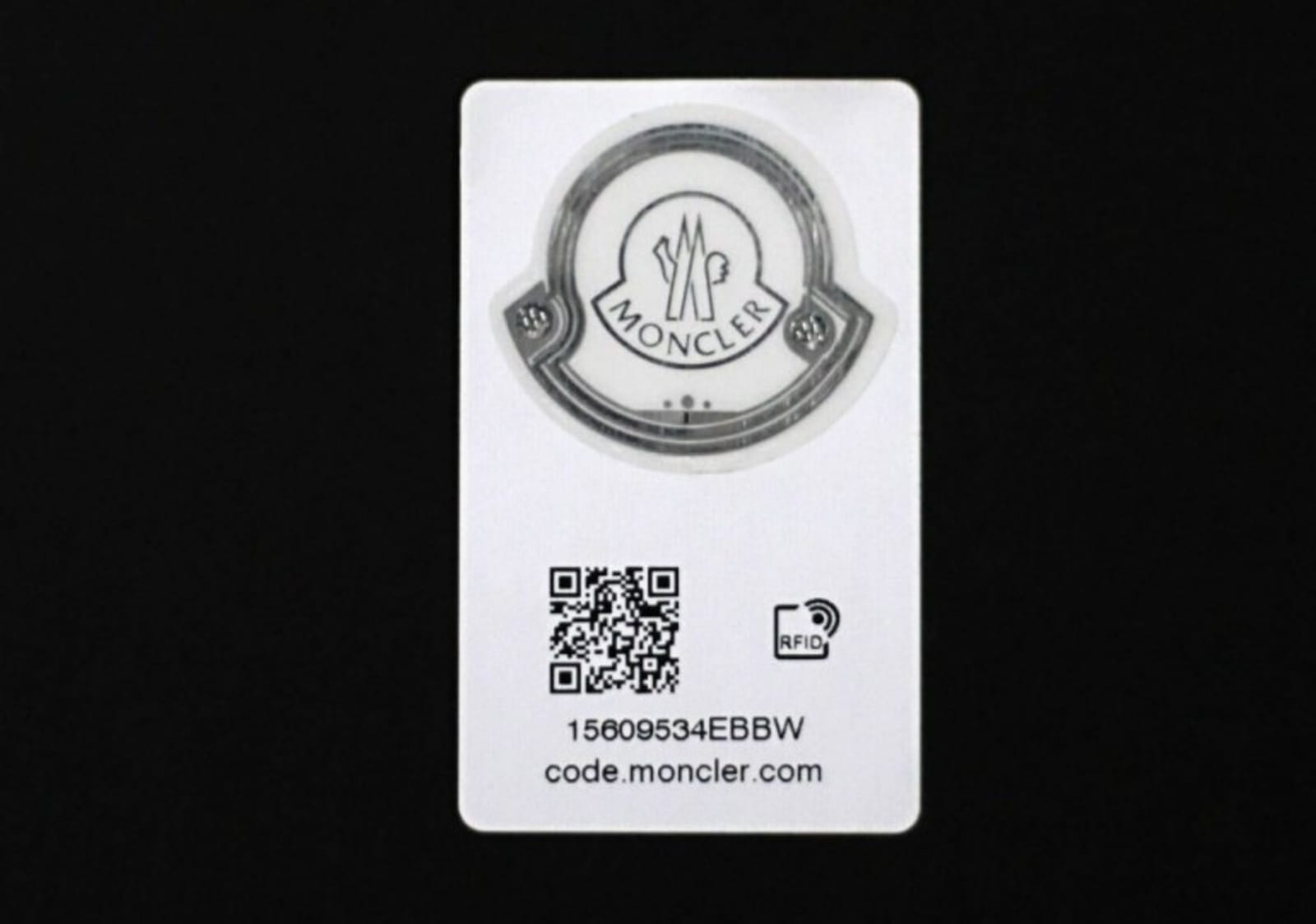 According to a 2016 report by the Organization for Economic Co-operation and Development (OECD), the global trade of counterfeit and pirated goods amounts to nearly half a trillion dollars per year. As such, the fashion industry can benefit from technologies like RFID to authenticate products. That’s why other fashion brands like Salvatore Ferragamo have been experimenting with RFID since 2014. Beginning with its pre-fall 2014 collection, the Italian company started embedding footwear and accessories with microchips. You can go back to 2003 as well, when another Italian label, Benetton, revealed it would put RFID tags on 15 million products — also as a way to fight counterfeits.

Meanwhile, the world’s biggest fast-fashion retailer, Zara, is using RFID to keep better track of inventory and restock its clothing racks more quickly. Since the garments are embedded with the technology, each time one is sold it prompts the stock room to send out another of the same model or size. Per The Wall Street Journal, Zara is now using the technology at more than 1,000 of its stores worldwide, with the company noting that the main benefits are that the chips can be reused and the amount of time they can save employees.

For example, Zara said associates used to have to spend 40 hours taking inventory, because it required them to scan bar codes from items on racks one by one. But now, thanks to RFID-powered retail guns and racks, they can walk around the store and get the job done in about five hours. The tech is so effective that Zara bought 500 million RFID chips, and that was before it kicked off this initiative. 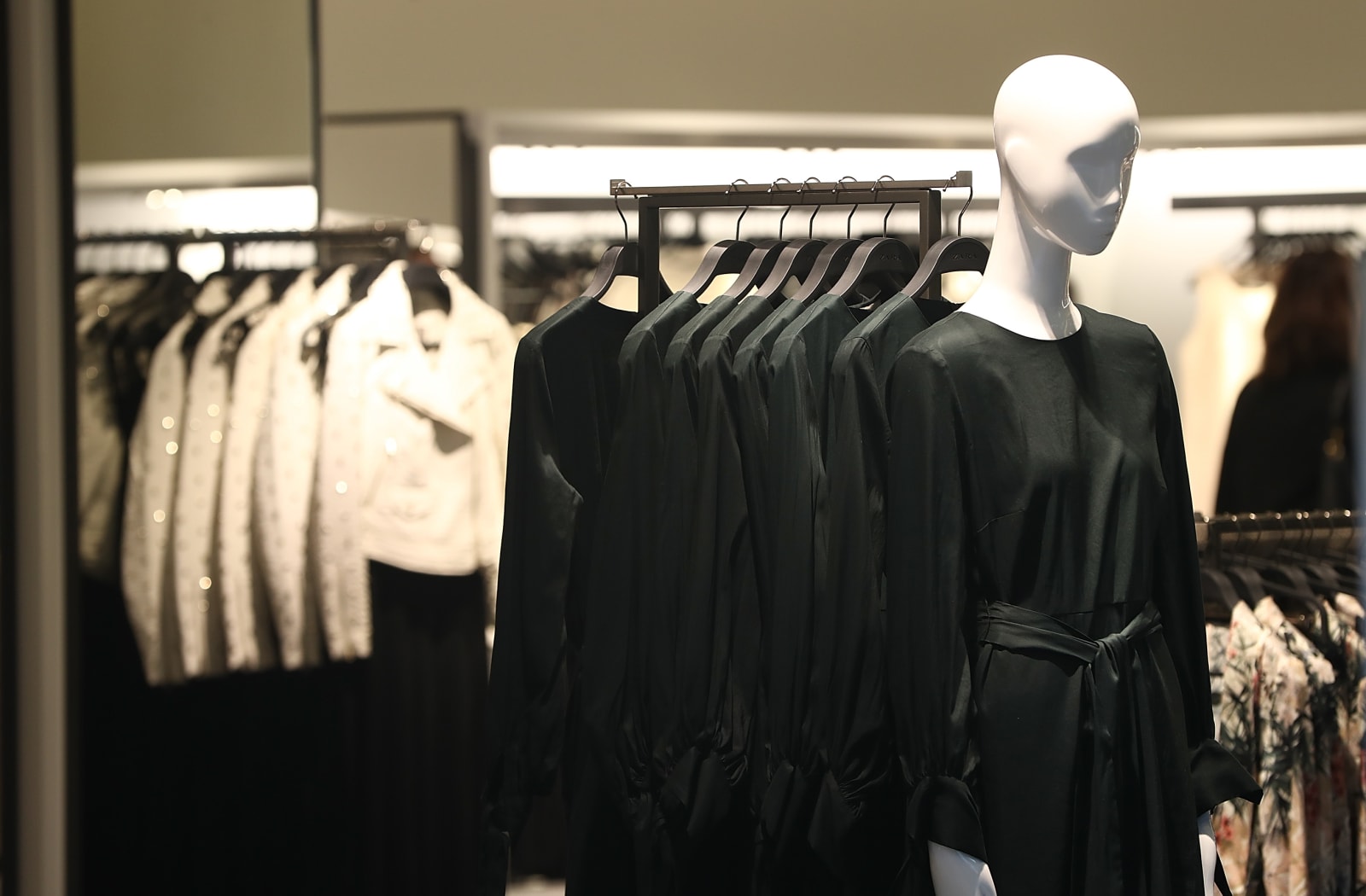 So where is the sudden resurgence of RFID coming from? Well, Roberti said that since 2002, the tech has become less expensive and more reliable than traditional bar code systems. That, along with its efficiency and versatility, is what’s led different brands and retailers to find ways to implement it in their business. He added that RFID is “just now reaching maturity and will soon explode,” particularly as more companies see its benefits firsthand.

“I don’t see anything coming along to replace RFID in the near time,” he said. “Nothing else combines the ability to capture data remotely without line of sight. RFID will be combined with robotics, video and data analytics to transform manufacturing, as well as retail and logistics.” Research firm IDTechEx estimates that the retail space alone will demand roughly 9 billion RFID tags in 2017, most of which will be used to tag apparel at stores and warehouses.

Perhaps it won’t happen anytime soon, but chances are RFID will eventually be replaced. That’s the nature of technology. Still, for the time being, RFID seems to have found a second life in the fashion world. Right now that may be limited to helping spot counterfeits or replenish inventory quicker. But as the likes of Moncler, Rebecca Minkoff and Zara continue to embrace it, there’s nothing stopping RFID from becoming a powerful resource to even more brands. At least until something better comes along.