Funny Or Die puts you inside a robot racing toward obsolescence

It’s 1982. A young boy named Dennis has just received the birthday present of his dreams. It’s you — a Japanese robot that can repeat words, although for the most part you just watch silently. That’s the premise of Felix & Paul Studios’ 40-minute-long VR comedic feature for Funny Or Die called Miyubi, which launches in the Oculus store today. Through events happening to a family over the course of a year, it tells a bleak story of the futility of trying to outrace obsolescence. The harrowing message hits especially hard because of how effectively the show’s creators used the medium, forcing you to witness times changing around you.

As a regular 2D film, Miyubi might have been boring or too on the nose. Some moments are pretty heavy-handed — like when the grandfather peers into your face and says you’re getting outdated together. But because it’s presented in VR, there is more for you to experience than just what is in front of you. The creators buried a couple of Easter eggs within the environment that unlock bonus scenes when you discover them, including an encounter with Jeff Goldblum, who plays the robot’s maker. Thankfully, these extras aren’t too intrusive or distracting — I didn’t even notice the clues, which glow when you look at them.

Miyubi is still enjoyable without the bonus scenes, but you’ll be greatly rewarded when you find them. Not only does Goldblum only appear in the extra, but It is also when you look into his teary eyes as he apologizes for your pain that the show goes from “okay” to “oh my God.” He is your Maker, and he’s created a little piece of heaven in your system for you to escape to, because he knew, even as he made you, that you were quickly going to be replaced. In the scene, the Maker wonders aloud if he should call this fantasy world “reality virtualized”, or, you know, something like that. 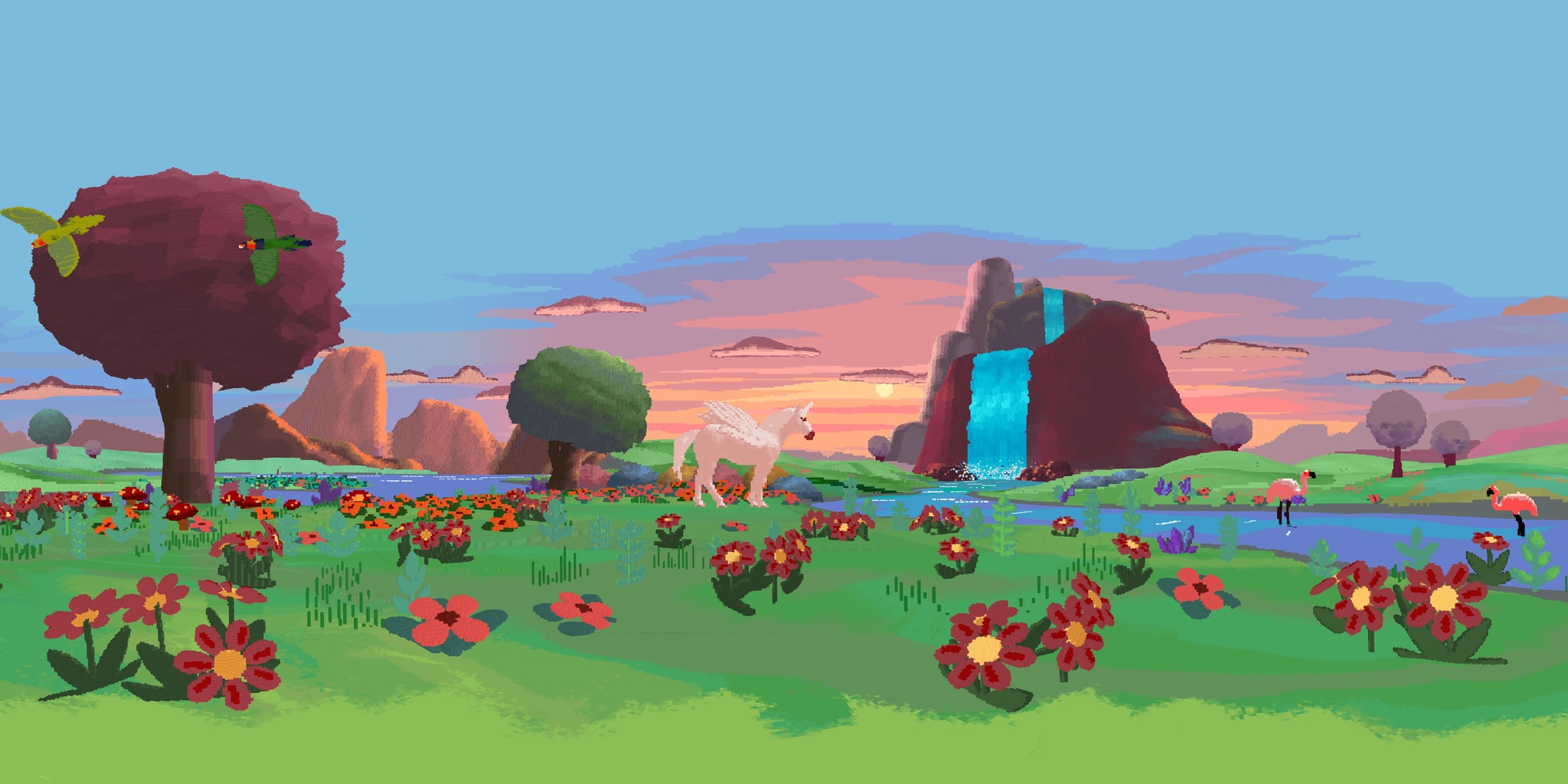 Robot heaven is the other bonus feature you can unlock, and it’s a colorful, 8-bit-esque world that’s free of the complications humans bring. (Hint for getting there: the Konami code.) Escaping people is a must in Miyubi, since the cast of characters you meet are a strange, dysfunctional bunch. There’s your owner, Dennis, who earnestly gazes into your face and smiles delightedly when you learn his name. His younger sister, Cece, has tea parties with you and tries to marry you, because kids love robots. As time goes on and your system starts to fail after getting wet in the rain, the children spend less time with you, and you’re stolen by Grandpa, who tells you the same war story over and over again.

You also (briefly) meet Dennis’ older brother Jordan and his friends, one of whom almost attacks you before being stopped by the others. It’s a fleeting moment that can be interpreted many ways — our resistance to technological advancement or our intolerance of anything new or foreign. But Miyubi doesn’t dwell too long on those thoughts, instead it moves along quickly before you have a chance to figure out what just happened. 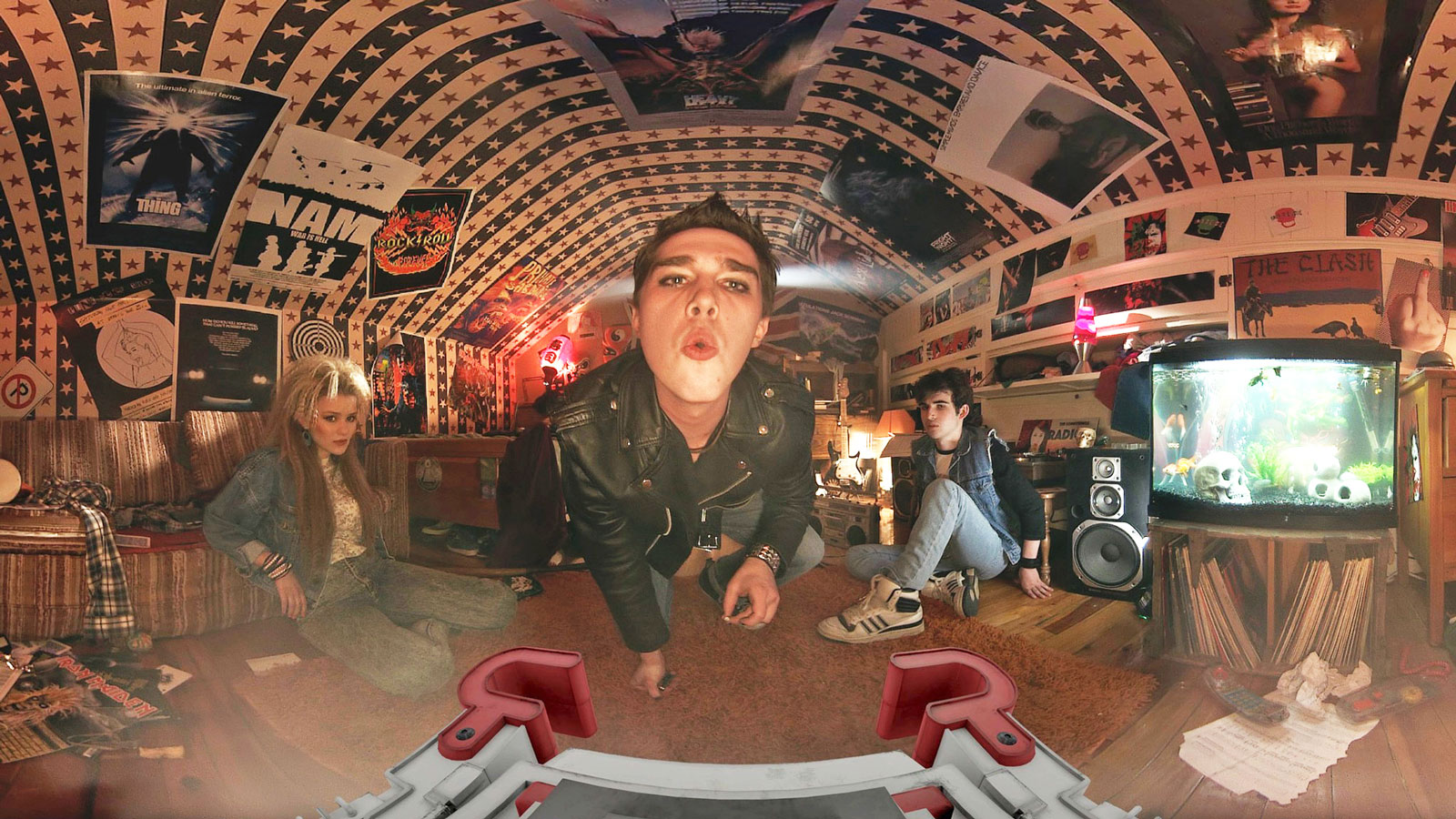 That’s what makes Miyubi’s message so resonant. You can’t do anything as your personal space is invaded, as threats are made on your life and worst of all as you watch your own system deteriorate. You are mute and helpless. Obsolescence is relentless, unavoidable and frankly, terrifying.

Miyubi’s anachronistic setting also makes it relatable. The robot’s technology seems futuristic for the story’s 1980s time period, but when you realize how clunky and archaic it is by today’s standards, you’re slapped in the face by the show’s message once again. In fact, at the end of the feature, when Dennis’ father says he wants to create a self-driving car, you’re reminded of how far we’ve come. But at the same time, you’ll also wonder what we had to sacrifice to get here. 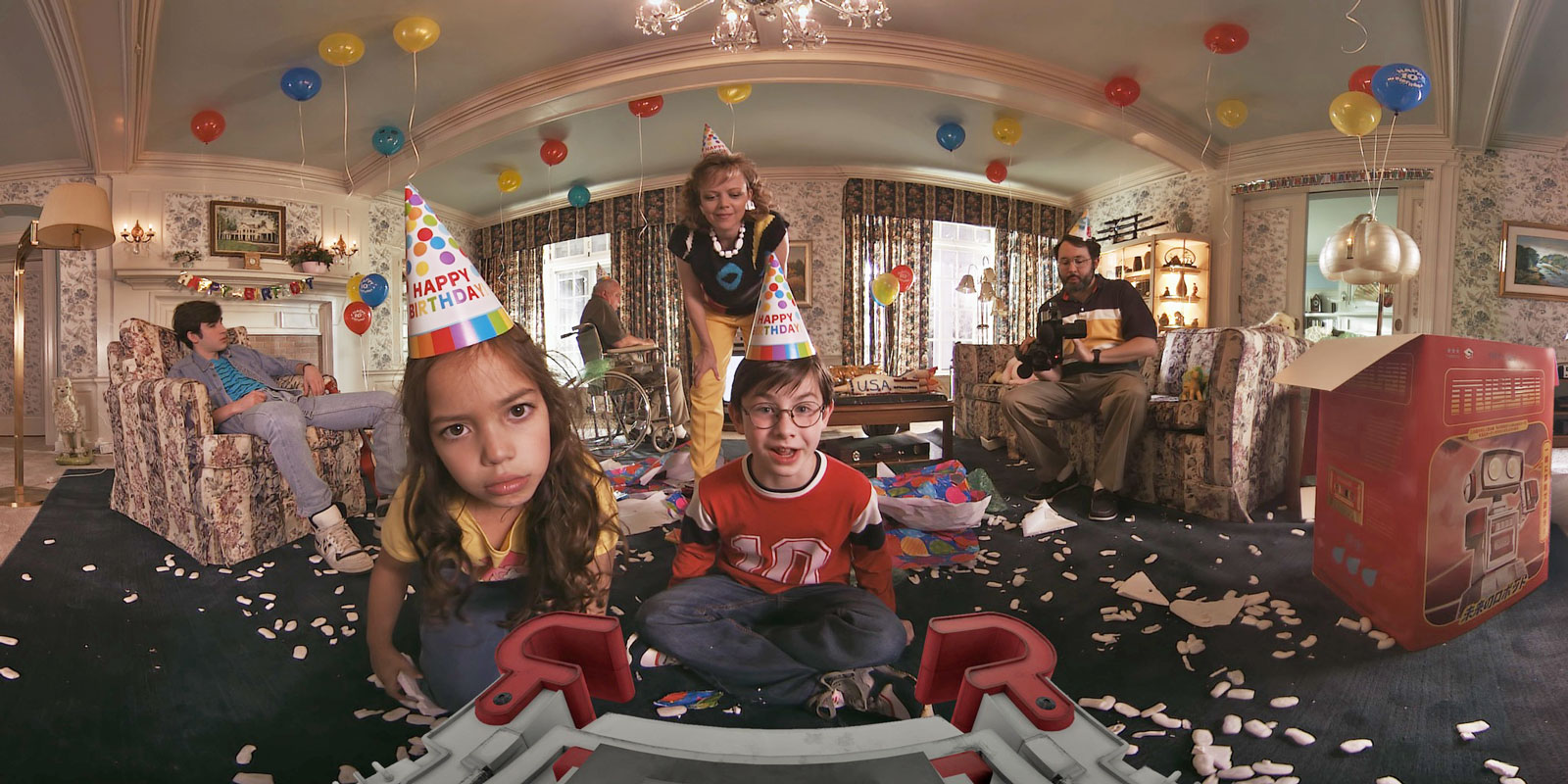 As Dennis sticks his young, innocent face in front of you and you realize that he abandoned you for something newer and better, resentment creeps in. Miyubi has a somewhat happy ending, but it is overall a strangely unsettling experience that I wasn’t expecting out of Funny Or Die. For its first VR feature, Funny or Die has delivered a competent and surprisingly well-executed work that shows it understands new technology.