Are you seeing the ‘jelly scrolling’ effect on your OnePlus 5? 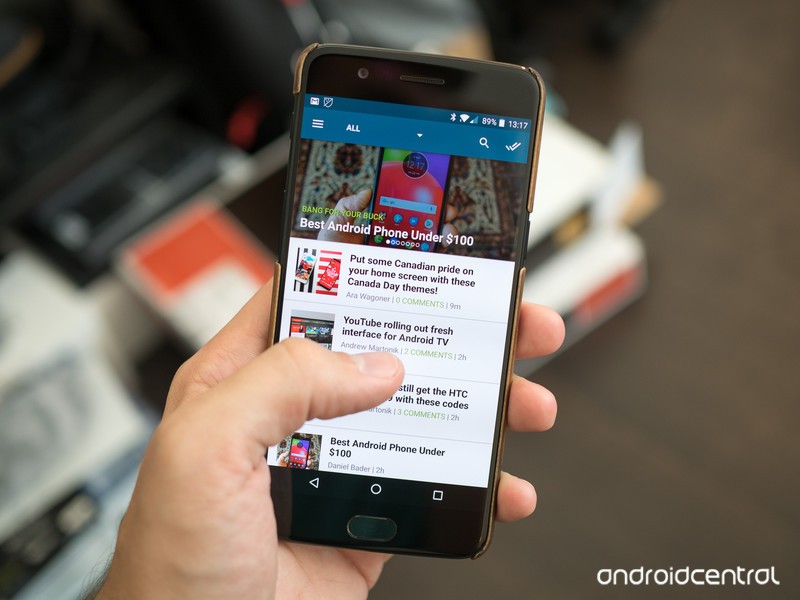 People always hone in on something with each new phone.

Now that we’re past the initial launch and fascination with the OnePlus 5, and many people have them in their hands, we’re all starting to focus in on the finer points of how the phone operates. Throughout multiple launch-day OTAs, and talk about the cameras, one thing has cropped up consistently: so-called “jelly scrolling.”

The effect refers to how the screen is responding to touch when scrolling. Some say it’s most noticeable in the home screen, while others see it when scrolling through long pages in the browser or other apps. We’re seeing mixed reports in our OnePlus 5 forum.

I did indeed get that jelly effect on my app launcher and thought it was just me being picky. This concludes that it wasn’t in my head. I even tried playing with the nova settings to get it to smooth out to no avail. Sent my phone back for unrelated issue but this reassures my decision to send back this overpriced “flagship killer”

The toughest thing about diagnosing the “jelly scrolling” is that only some people are seeing it — and further to that point, those who do see it often find it’s intermittent.

Definitely not in my phone. Screen work great. See ya!!

For it’s part, this is the official statement from OnePlus on the situation:

The OnePlus 5 uses the same level of high-quality components as all OnePlus devices, including the AMOLED display. We’ve received feedback from a small number of users saying that at times they notice a subtle visual effect when scrolling. This is natural and there’s no variance in screens between devices.

Confirmation from the company that all OnePlus 5s are using the same display gives one less thing to point to when trying to figure out why some people see this effect while scrolling and others do not.

Speaking with the few people here at AC who have the OnePlus 5, it hasn’t been an issue for us. Looking back at the hundreds of phones we’ve used, there has always been some kind of characteristic or behavior in the screen or software of each phone that’s a little different from others. It’s to be expected — the only question is whether or not the OnePlus 5’s characteristics bother you to the point of turning you away.

So, are you noticing any weird behavior in scrolling on your OnePlus 5? Let us know in the comments below, and join the discussion in the OnePlus 5 forum!