With summer just around the corner, you’ve likely finalized your travel plans before you set for a summer vacation.

If your travels are going to take you out of the U.S., you’ll want to know your carrier’s international roaming plans and policies before you accidentally rack up a massive bill. We’ve broken everything down in terms of the Big Four carriers. 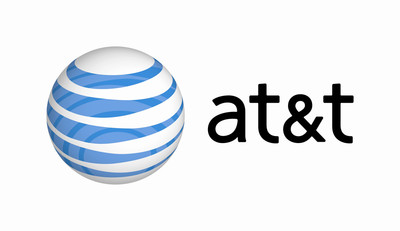 AT&T offers plenty of great options for traveling throughout North America and internationally as well. There are two separate options for the Americans and crossing the ocean.

If you’re planning a trip to Canada or Mexico, AT&T gives you unlimited talk and text along with access to your plan data with no roaming charges. This unlimited roaming within North America is a feature included with all AT&T Unlimited Plus and AT&T Unlimited Choice plans, but you may be able to add it to other plan types before you embark on your trip.

If you travel plans will see you leaving the shores of North America, AT&T has a few different plans for international plans that are worth your consideration

Your best bet is probably the AT&T International Day Pass. For just $10 a day, you’ll be able to take your domestic talk, text, and data plan to over 100 countries, including unlimited calls within any qualifying country. You’re only charged for days you make a call, send a text, or use data — which means you’ll want to be aware of any and all apps that use data in the background.

Either prepare to pay $10 to enjoy the full features of all your apps, or spend some time turning off background data updates on your phone so you don’t get dinged.

Not looking to piecemeal your mobile plan together as you travel? Then you’ll want to consider the AT&T Passport, which allows you to pay up front for 30 days of service in over 200 countries. You pay a flat fee per device that gives you unlimited texting (both SMS and MMS), unlimited Wi-Fi access at participating hotspots, and then tiered data amounts and cost per minute of talk based on the pricing plan you go with:

Obviously, the same advice applies regarding apps that use data in the background, but if you’re planning to use texting as your primary way of communicating with your friends and family back home, it’s a great option.

If you end up traveling without an international travel plan, you’ll have to abide by AT&T’s pay-per-use rates which differ depending on the countries you’re visiting.

As previously mentioned, AT&T offers Unlimited Wi-Fi in select countries. You’ll need the AT&T Global Wi-Fi app, however, we wouldn’t recommend you plan your travel data solely around this service — the most recent app reviews in the Google Play Store claim the app doesn’t work as advertised, and the latest app update came back in January 2017.

Sprint offers Global Roaming for all its LTE/GSM capable phones, which offers free texting and free data (at 2G speeds) in over 100 countries. Calls are available for a flat rate of $0.20 per minute.

For your high-speed data needs, Sprint offers data passes that give you up to 4G speeds — get a 1-day speed data pass for $5, or a 7-day data pass for only $25. Which pass you go with will depend on the length of your stay — if it’s a short trip five days or under, you may be better off sticking with day passes as needed, but the choice is yours. There’s no need to decide before you travel, as you’re able to opt in or out of high-speed data at any time while traveling.

If you’re traveling to Canada or Mexico you get the same free texting and free 2G data, but a discounted rate on the 4G data passes — available for just $2 a day or $10 a week. Just another reason to consider visiting our neighbors to the north and south.

Sprint customers are best off going to Sprint’s International Roaming calculator, which asks you where you’re going and which device you plan to travel with and then the site gives you a breakdown of the available coverage in the area along with available data speeds.

Most international destinations qualify for the $5 a day/$25 a week high-speed data passes, though China’s rates are doubled to $10 a day and $50 a week.

T-Mobile customers get unlimited data at up to 3G speeds plus texting in over 140 countries and destinations around the world at no additional cost, but there are special rates available for countries like Canada and Mexico.

T-Mobile offers Mexico + Canada Unlimited, which lets you use your 4G LTE data while in Mexico and Canada just like you do in the U.S., a feature that’s available for just $5 a month and is included with some T-Mobile ONE Prepaid plans.

For T-Mobile ONE customers, unlimited 2G data is available in the U.S. or Mexico, but an On-Demand Data Pass will have to be added to the account to reach 4G speeds.

If you’re traveling abroad, you may want to consider the [T-Mobile ONE Plus International add-on to your T-Mobile ONE plan for just $25 a month. Doing so gives you unlimited international calling to landlines in over 70 countries and mobile numbers in over 30, and unlimited in-flight Wi-Fi on Gogo-enabled flights (although the Gogo option is added on the regular One Plus plan, which is an additional $5 per month).

Find out T-Mobile’s international calling rates or for specific coverage and rate information for the countries you’re visiting, click the link below. 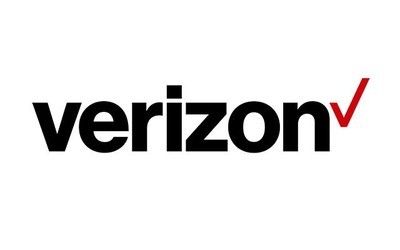 Verizon was one of the first carriers to offer a TravelPass that lets you take your domestic talk, text and data allowances with you wherever you’re traveling for a daily fee.

TravelPasses for Canada and Mexico are only $5 a day per device, and allow you to bring your talk, text and data allotments with you as you go. If you’re on the Verizon Unlimited plan, Mexico and Canada coverage is included without needing to pay any extra fees.

Verizon offers TravelPasses for $10 a day, that allow you to take your domestic Verizon plan with you to over 100 different countries. You’re only charged on the days you use your device abroad, so you’ll want to be sure to turn off any app features that use background data.

Which should you get?

Every carrier approaches roaming differently, and some are more generous than others when it comes to including roaming privileges in regular plans.

What are your picks for the best carrier for international roaming? Let us know in the comments below!

Read more from News
← Star Trek: Bridge Crew Review — This right here is why VR exists
My perfect smartwatch is a mashup of the LG Watch Style and Fossil Q →