Sir Roger Moore, who died this week at the grand old age of 89, was best known for playing the British secret agent James Bond in seven movies during the 1970s and 80s. (That ties him with Sean Connery for the record for playing Bond the most number of times — if you count Connery’s unofficial Bond movie, Never Say Never Again.)

Moore starred in some of the silliest, but most entertaining movies in the series, and nothing typified Moore’s Bond more than the zany gadgets used in the films. Here are our picks for the top 10 most memorable. 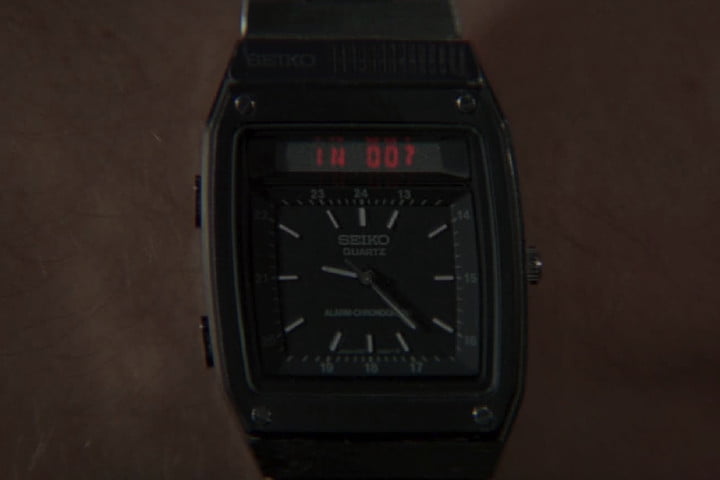 In last place on our list is the walkie-talkie Seiko watch Bond wears in For Your Eyes Only. While not a bad film, this 1981 Bond outing is probably the least Roger Moore-esque of all the movies he starred in. Part of that meant paring the gadgets down to make it all seem faintly more believable. True, a watch you can use like a miniature phone is pretty neat, but it can’t measure any higher than 10th place on this roundup. Even if a parrot does use it to speak with Margaret Thatcher in the movie’s climactic scene.

The pen certainly turns out to be mightier than the sword in the controversially titled Octopussy, during which Bond is given a pen containing concentrated nitric and hydrochloric acid. Again, this isn’t a terrible gadget by any means, but it’s far from the wacky heights Roger Moore’s other gadgetry would reach. AWe do have to give Q props for designing a fountain pen with acid that’s strong enough to eat through the steel bars of a cell, but not through the pen itself. There’s probably a Kickstarter campaign in there somewhere!

Facial recognition and high-end computer graphics are seemingly everywhere these days, but the world was a very different place in the early 1980s. For Your Eyes Only’s “Identigraph” is one of those cool, rare Bond gadgets that actually has a trace of real-worldliness to it. It lets Bond describe a person of interest in his own words, and then renders a 3D composite of their face. Very neat stuff.

A View to a Kill is a weirdly gadget-free movie, although we do get one superb entry for our list. That’s James Bond’s mink-lined submarine, which is disguised as an iceberg. Central features? A Union Jack and a double bed. It is a James Bond movie, after all.

Unless you’ve got a thing for fake rubber nipples (which turn out to be a weirdly important plot point), the best gadget in The Man With The Golden Gun has got to be Scaramanga’s Golden Gun itself. We’ve ranked it lower on this list because it’s not actually used by Bond, but it’s certainly worth a mention. The stealthy gun consists of a ballpoint pen, cigarette lighter and case, and cuff link. The bullet is hidden by Scaramanga in his belt link. In the original source novel, the gun was a golden Derringer, with bullets coated in deadly snake venom — which is pretty badass as well.

The second best vehicle in a Roger Moore movie, the Bede BD-5J “Aerostar” jet is flown during the pre-credits sequence of Octopussy. It’s kept in a horse trailer, disguised by the fake mechanical backside of a horse, which lifts up when Bond needs to make a getaway. This one earns our admiration for not just being a great Bond gadget, but actually a genuine aircraft that was, at one point, the smallest functioning jet plane in the world.

Live and Let Die was Roger Moore’s first Bond movie and, weirdly, is missing a lot of the regular Bond tropes. There’s no Bond in the pre-credits sequence, no sighting of Bond in a tuxedo, no briefing in M’s office, no Q scene at all, no John Barry score, and no Martini, either shaken nor stirred. What there is, however, is a brilliant gadget in the form of a compressed-gas shark gun. When one of the capsules is stuffed into the mouth of the villainous Kananga, the results are one of the silliest, yet most memorable deaths in the whole franchise.

Bond sports a digital Seiko watch in Moonraker, just as he did in The Spy Who Loved Me. The Moonraker Seiko doubles as a stealth dart gun, and is activated by nerve impulses. It comes with five blue darts with armor-piercing capabilities, and five red ones that are tipped with cyanide. In a bit of a cheat moment, since it’s never alluded to earlier, it also turns out to have a fuse and explosive hidden inside, which helps Bond and Dr. Holly Goodhead escape from certain rocket incineration.

The Rolex Submariner 5513 from Live and Let Die slightly edges out the watch from Moonraker, in part because a Rolex is a whole lot more attractive than a clunky early digital watch. This one packs dual uses. (Well, three if you count something as boring as “telling the time.”) Not only does it have an ultra-powerful magnet built in, but there’s also a nifty buzz-saw bezel. That’s great if you’re slowly being lowered into a shark tank while tied up just loosely enough to wiggle your wrist; less so if you’re a forgetful sort who just wants to glance at the time.

Although we’ve got a personal soft spot for the weird hovering tea tray that Q demonstrates in one scene in the film, the undisputed star gadget of The Spy Who Loved Me — and this list — is the Lotus Esprit. Not only does it look fairly boss on dry land, it can also swim underwater, spray concrete, fire missiles, drop mines, and pollute the ocean with a cloud of ink. They didn’t worry about things like that in the 1970s.