The interplay between marijuana and technology is a story that’s been told a million times, but for some reason, everyone always leaves out the middle.

Generally speaking, the beginning and end of the process get all the attention. There’s the growing side of the story, with all the high-pressure sodium lights, variable wavelength LEDs, and hydroponic growing systems — and then there’s the consumption side: the concentrates, the vaporizer pens, and the Uber-style startups that will deliver a blunt directly to your doorstep at the push of a button. These are the stories you usually hear when the topic of cannabis tech comes up.

But there’s a story between those steps that nobody ever talks about: The scientific testing that takes place somewhere between growth and consumption. It’s a hugely important part of the process, but because it takes place behind closed doors, it’s also shrouded in mystery.

Marijuana needed to be tested for potency, pesticides, and a variety of other things depending on what state you happened to be in.

Before legalization took off in the United States, cannabis testing wasn’t mandatory. There was no regulation, so the only people who sought out testing were those curious and well-funded enough to find out how potent their crops were. But when legalization came, so did regulation. In order to be sold through the proper legal channels, marijuana needed to be tested for potency, pesticides, and a variety of other things depending on what state you happened to be in.

This change immediately led to a huge boom in demand for marijuana testing services. Suddenly, it wasn’t a matter of choice; it was something that every grower was required to do by law before selling their wares — so testing labs quickly sprang up to fill that need. Nowadays, there are hundreds of them scattered across the country, mostly in states where both medical and recreational marijuana use have been legalized.

But what exactly goes on in those labs? How exactly do they conduct their testing? And what do they do with all the data they collect? To answer these questions, Digital Trends went on a field trip to ChemHistory — one of Oregon’s biggest cannabis testing labs — to get the skinny on how everything goes down.

Grinders and beakers and test tubes, oh my!

The process starts off just like you’d expect: a sample comes in for testing, then ChemHistory enters it into a lab information management system on a computer and gives it a unique identifying number.

Once it’s in the system, the science begins.

Step one is to take a “representative sample” of the cannabis product — as objectively as possible. To do this, the sample is placed on a grid, and an algorithm dictates which regions of that grid will be used for the test. This prevents human bias from entering the experiment, and prevents lab technicians from selecting the most visually appealing nugs. The weed is then photographed and ground up — with it’s own grinder, of course, to ensure there’s no cross-contamination between samples. 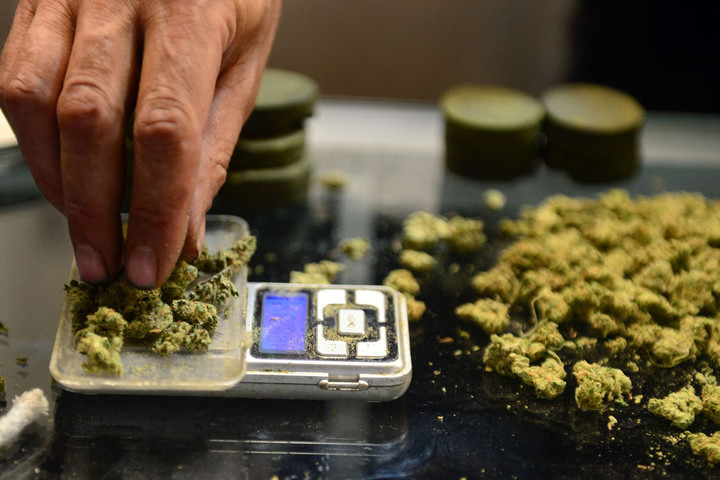 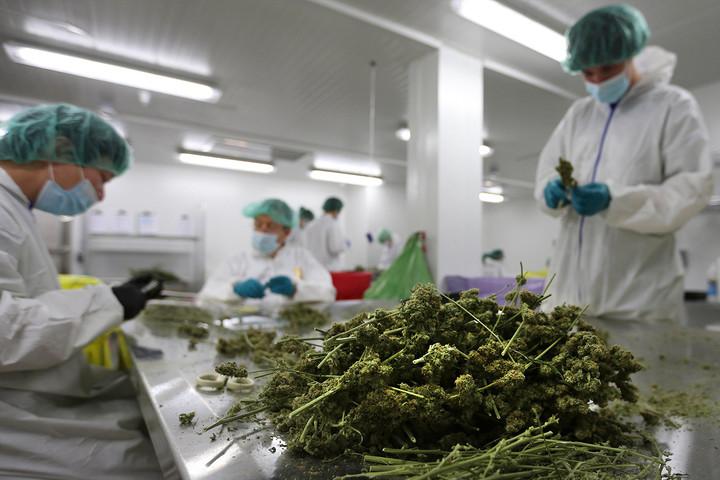 Then it starts to get complicated. The next step is to weigh out a predetermined amount of the ground up sample, then use a specific chemical solvent to separate the “potency” from the “matrix”. In this example, let’s say the potency is THC, and the matrix is the plant matter that the THC is clinging to. Before the THC can be measured by ChemHistory’s lab equipment, it first needs to be pulled out of the shrubbery it arrived on. This is achieved with a solvent, which is pumped into a test tube along with the ground-up marijuana.

Once the potency has been liberated from the buds and left floating in the solvent, it’s then diluted and placed in a small vial. This vial is then loaded into a robotic “auto-sampler” that feeds the diluted sample into a gas or liquid chromatography machine.

Suddenly, it wasn’t a matter of choice; it was something that every grower was required to do by law

We wont get into the specifics of how this machine works — just know that it effectively separates out the different molecules in a sample based on molecular mass. Think of it like a pack of runners spreading out over the course of a race based on speed and stamina. Molecules do the same thing in this machine, which allows them to be analyzed separately in the next step of the process.

Once separated, the next step is to figure out the identity of each molecule. This is achieved with the help of a machine known as a triple quadrupole mass spectrometer. Again, we’ll let you peruse Wikipedia to learn how this tech works — but really, the details aren’t terribly important. The mass spectrometer essentially allows ChemHistory to determine not only the identity of a given molecule (like THC or CBD), but also the relative quantity of that molecule in relation to the sample.

But the process doesn’t end there.

More than just a label

If you think that all of this information just gets printed on a label and slapped on the side of a nug jug, you’re dead wrong.

That might’ve been how it worked a few years ago, back when the industry was young and labs were analyzing weed simply because the government said testing was necessary to protect consumers — but lately, entrepreneurs have realized that all this cannabis data can be used for much, much more.

All of the data produced by ChemHistory — and dozens of other labs around the country — is funneled into a software platform called Confident Cannabis. It’s a free lab information-management suite built specifically for marijuana-testing labs, and as such, there’s a large number of labs that use it. 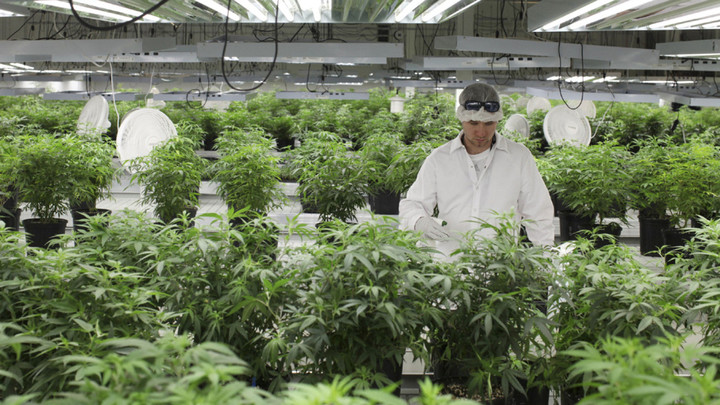 Collectively, these labs record an absolutely massive amount of data about the weed they test, and Confident Cannabis analyzes this information to find insights, averages, and trends. It’s not just THC and CBD concentration, either — labs also collect information about the strain of marijuana plant, the grower who produced it, the region it was grown in, and the terpenes (flavor/aroma molecules) present in each sample.

This data is beneficial for everyone involved. Growers of high-quality weed can use these lab reports to fetch a higher price when selling their product to dispensaries. Dispensaries, in turn, can use this data to put better products on their shelves. And of course, consumers can use this information to make more informed purchasing decisions.

Need something that’ll get you high and giddy, but not so blazed that you stare at the refrigerator for three hours? What about something that has a lemony flavor, and also has pain relieving effects? Thanks to all the scientific data that labs have been gathering over the years, it’s now easier than ever to find cannabis products that are perfectly suited to your specific needs.

It’s easy to dismiss lab testing as a strict, government-imposed step that marijuana growers follow simply because they have to — but lab data is no longer just about protecting consumers from smoking pesticide-laced pot. Information is power, and startups like Confident Cannabis are using that power to foster healthy competition between growers, boost the quality of the marijuana in available to consumers, and ultimately drive the cannabis industry forward as a whole.