‘Mario Kart 8 Deluxe’: Rule the road with these tips and tricks

Mario Kart 8 Deluxe is better than ever on Nintendo Switch. While returning vets may be able to find success from just jumping in and racing, there are a few notable changes from the Wii U version. So if you’re a veteran or a newcomer, here are 10 tips and tricks that you should shave a few seconds off your best time. 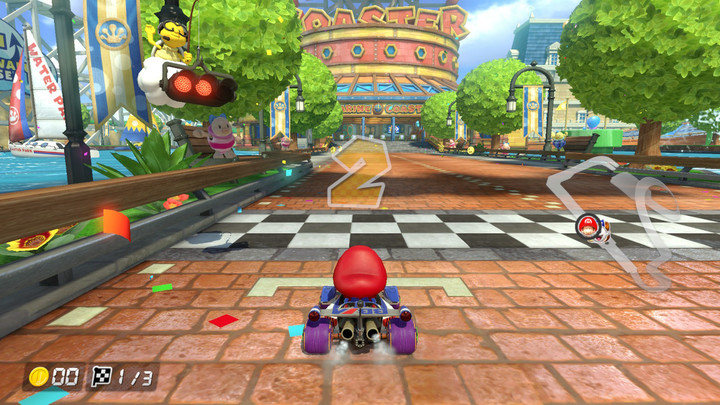 A long-standing Mario Kart mechanic, a well-timed starting boost — triggered by revving the gas right before the start of the race — can propel you to the front of the pack right out of the gate. To get the perfect boost, press and hold the gas (the A button) directly after the numeric countdown hits two, or when the middle light turns red in Lakitu’s sign. In our experience, it’s easier to focus on the lights when executing this move.

Be careful when timing your boosts, though: Pressing the accelerator too early will cause your engine to overheat, which will leave you spinning your wheels at the start of the race. In this case, it’s better to be late than early, you’re still likely to get a smaller boost as long as the countdown hasn’t advanced to one. 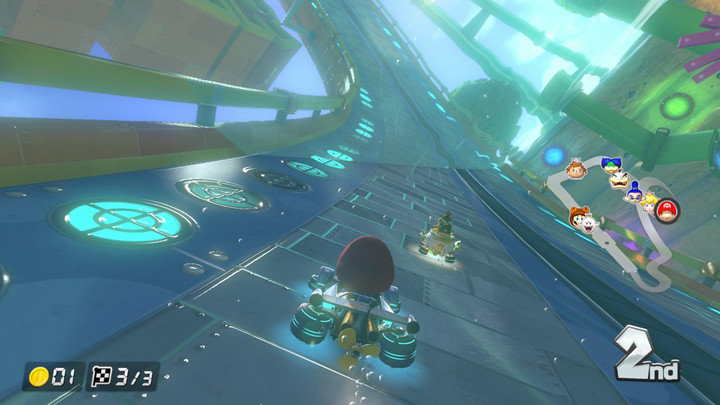 When you are stuck in the middle of the pack, there’s a proper technique for passing your opponents. When gaining on a kart, moving directly behind it for a second will create a “slipstream,” a mild boost signified by a gust of wind, that will help you slingshot past them. It’s a particularly good tool to use when you are in a neck-and-neck race to the finish as well. On the other hand, if someone is lining up behind you trying to pass, swerve a little to shake your opponent and prevent them from blowing past. 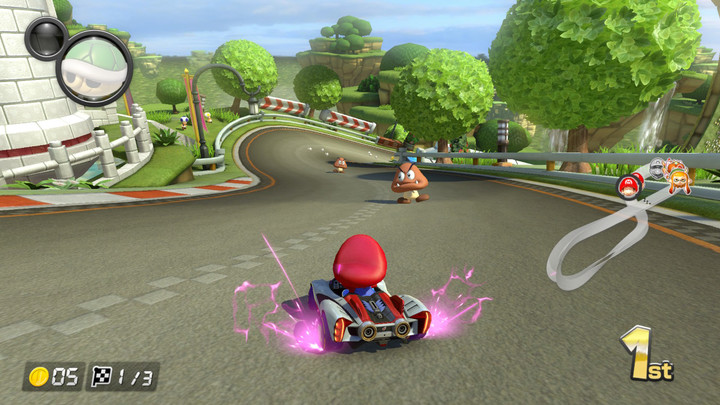 Drifting or “powersliding” around turns has been an essential art in Mario Kart for a long time. These hard turns trigger boosts, called mini-turbos, which can help you turn every turn in the track into an opportunity to gain ground. Best of all, they aren’t particularly challenging to pull off, especially when rolling around a big bend. Simply press and hold R as you are turning to initiate a drift, and move the analog stick back and forth horizontally as needed to stay on course. When you let go — ideally after you are headed back into a straightaway — you’ll receive one of three tiers of boosts that correspond with the sparks beneath your tires. There are blue, orange, and pink sparks — the last of which, dubbed the ultra mini-turbo, is new to Mario Kart 8 Deluxe.

Achieving the ultra mini-turbo takes some forethought. You should start your drift before the track actually begins to turn to let the sparks fly from blue, to orange, to pink, and release the R button at the height of the turn to send your kart flying into a straightaway. Ideally, you should drift at every turn, but don’t get greedy. Trying to squeak out a higher tier boost just for the sake of it may send you right off the track.

Also, unlike previous games, drifting excessively doesn’t give you an edge, and it can actually be a hinderance. To combat snaking, a popular technique in past Mario Karts that allowed you using drifting to achieve a near-constant boost, drifting in Mario Kart 8 Deluxe slows karts down in a straightaway.

Use drifting consistently, but use it in moderation. Don’t overextend yourself.

Look behind you, too 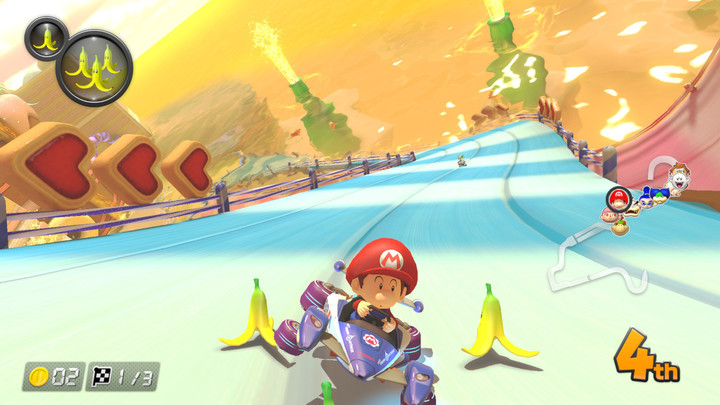 Just like in real-world driving, it’s important to be aware of your surroundings, including what’s going on behind you. Press X every so often and take a quick glance in your rearview. You don’t want to look back for too long, but if you snap back periodically, especially when in first place, you can maintain a better sense of your position relative to your competition. Looking back will also help you aim when you’re flinging green shells, fire balls, and banana peels back at karts on your tail. 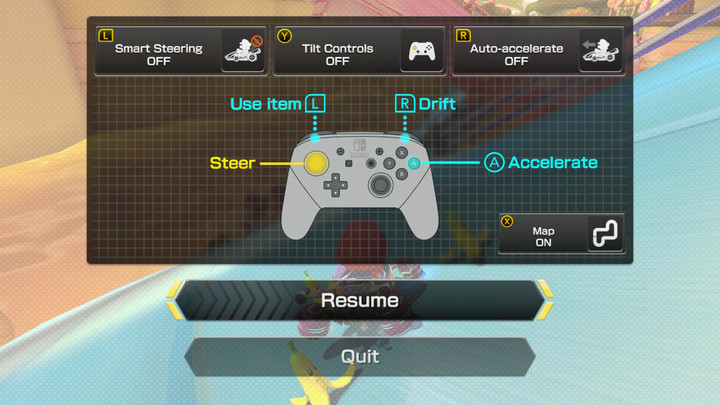 Mario Kart 8 Deluxe introduces a new feature for inexperienced racers called Smart Steering, which helps you from running into walls or falling off ledges. When coupled with the auto-accelerate feature, you are virtually watching Mario Kart instead of playing. These options are turned on by default. Most players will want to press pause and disable Smart Steering right away by pressing L. You can also toggle Auto-Accelerate off by pressing R, although those who find their thumbs getting sore from constantly pressing down the A button during long sessions may appreciate this option.

Accelerometer-based “tilt controls,” which the series has offered since Mario Kart Wii, are also available in the pause menu. You can turn tilt controls on on by pressing Y on that screen.

In our experience, it’s much more intuitive to play the game with all three of these options turned off.