The best of biomimicry: Here’s 7 brilliant examples of nature-inspired design

Sometimes the best solution to a problem isn’t alway the most complex, and, similarly, the best answer isn’t always a new one one. While us humans man just be getting our feet wet (relatively speaking) with ingenuity, the animal kingdom has millennia of evolutionary trial-and-error to learn from.

Biomimicry, as it’s called, is a method for creating solutions to human challenges by emulating designs and ideas found in nature. It’s used everywhere: buildings, vehicles, and even materials — so we thought it’d be fun to round up a few of the most noteworthy examples. Here are eight of the most astounding technological applications inspired by nature. 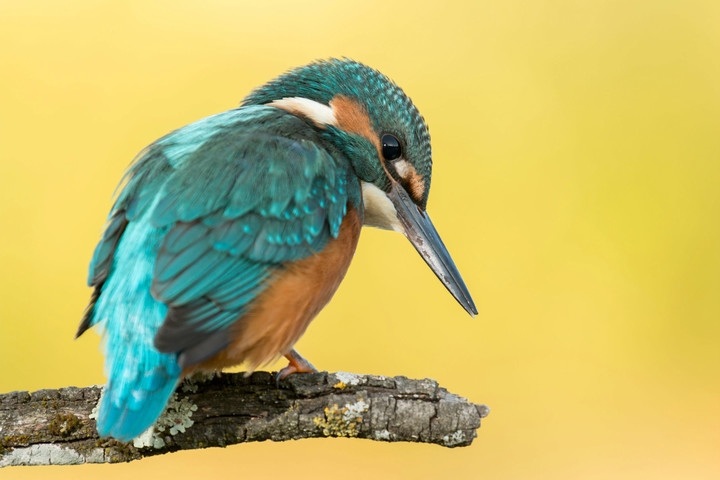 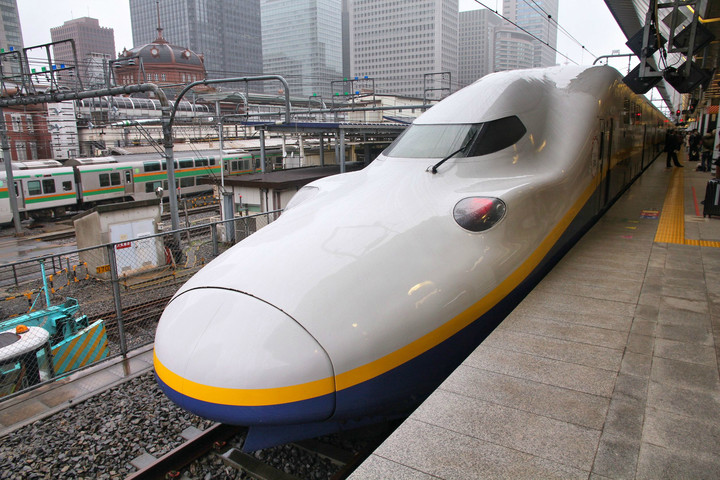 When Japanese engineers took on the daunting task of upgrading their high-speed bullet trains their design hit one unfortunate snag. The problem wasn’t getting this trains up to the desired speeds, but rather the massive amount of noise created by the displacement of air ahead of the trains. As the trains entered tunnels, the vehicles would often create a loud shock wave known as “tunnel boom.” The power of the shock waves even caused structural damage to several tunnels.

The design team determined the culprit to be the trains rather blunt front nose cap. To minimize the tunnel boom and increase overall aerodynamics they would need a more streamlined nose. The engineers eventually modeled the next model after the beak of the Kingfisher bird.

Kingfisher birds have specialized beaks allowing them to dive into water to hunt while making a minimal splash. Utilizing this new nose, the next generation 500 series trains were 10 percent faster, consumed 15 percent less electricity, and, most importantly, no more “boom.” 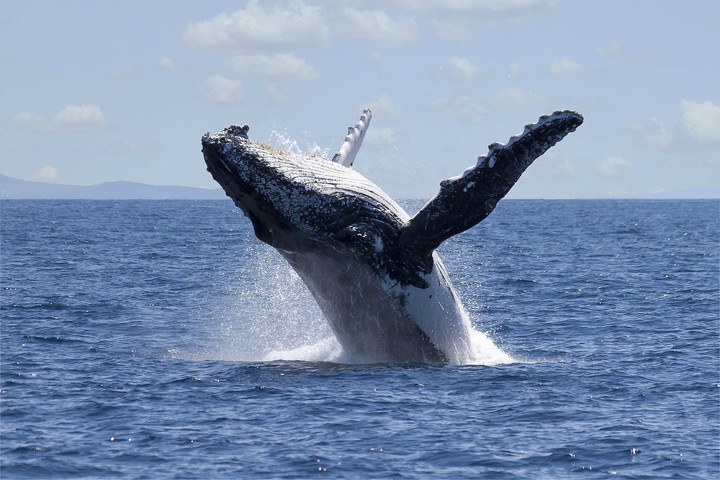 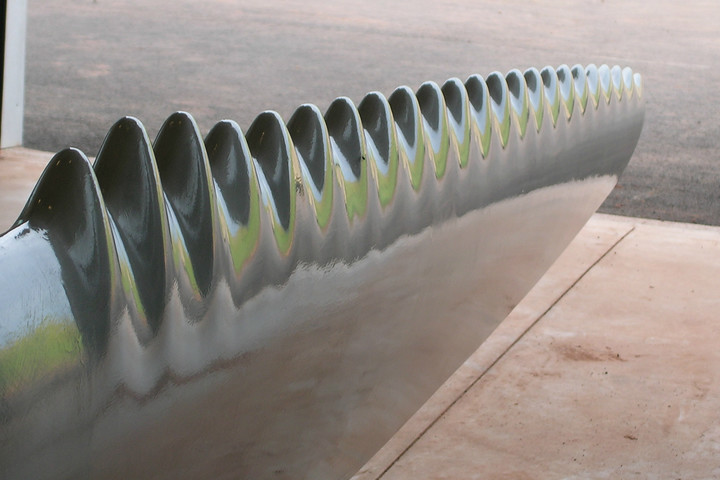 Many of our modern aerodynamic designs rely on rather basic principles. To obtain optimal lift and minimal drag, sleek edges and clean lines are key. However, throughout the animal kingdom, many species, capable of exceptional lift. The Humpback whale, for example, uses bumpy, tubercle fins for propulsion — which seems rather counterintuitive.

A Harvard led research team determined that these nodules, enable the whales to choose a steeper “angle of attack.” The angle of attack is the angle between the flow of water and the face of the flipper. With Humpback whales, this attack angle can be up to 40 percent steeper than a smooth flipper. Due to these small ridges, sectional stalls occur at different points along the fin. This makes a full on stall much easier to avoid.

Tests conducted by the U.S. Naval Academy, using model flippers, determined these biomimetic fins reduced drag by nearly a third and improved lift by eight percent overall.  Whale Power, a company based in Toronto, Canada has already capitalized on this latest tubercle tech. According to MIT, Whale Power’s biomimetic blades help generate the “same amount of power at 10 miles per hour that conventional turbines generate at 17 miles per hour.” 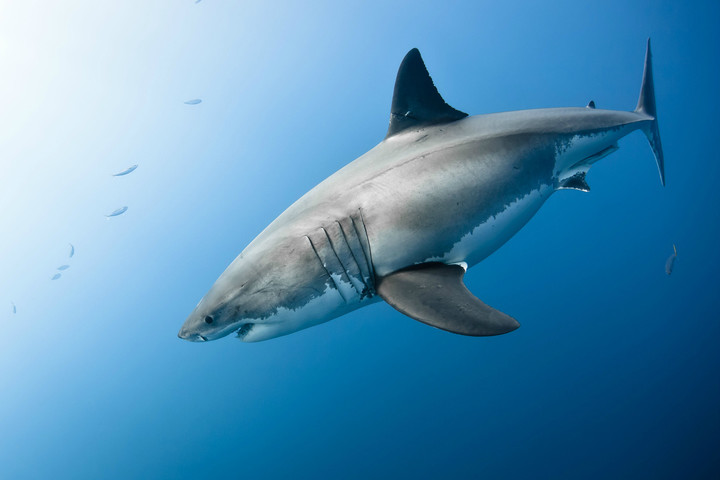 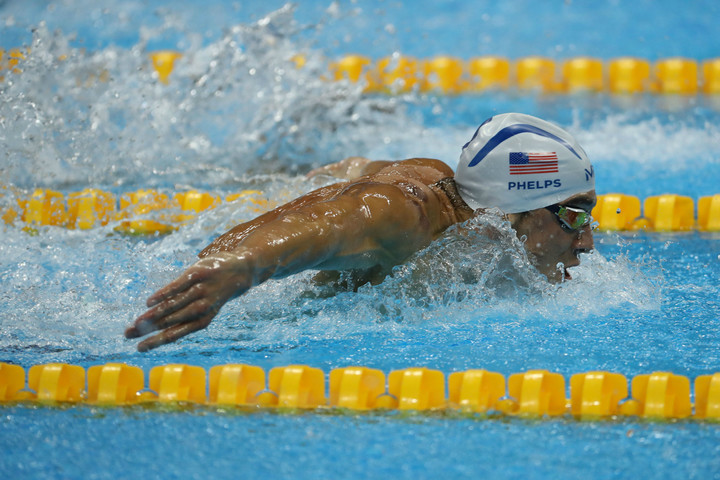 Sharks are one of the apex predators of the seas. Their hunting prowess has been fine-tuned over millennia of evolution. While sharks are well known for their acute sense of smell and regenerating teeth, new research may actually point to the species’ skin as its most evolutionary niche asset.

Sharkskin is covered with so-called “dermal denticles.” Think of these as essentially flexible layers of small teeth. When in motion, these dermal denticles actually create a low-pressure zone. This leading edge vortex essentially “pulls” the shark forward and also helps to reduce drag. Needless to say, there are plenty of applications for such a design.

Speedo notoriously incorporated biomimetic sharkskin into a line of swimsuits for the 2008 Olympics. According to the Smithsonian, 98 percent of the medals at the 2008 Olympics were won by swimmers wearing this sharkskin swimwear. Since then the technology has been banned in Olympic competition.

Similarly, while many aquatic species are known to host other marines species on their bodies (such as barnacles) sharks remain relatively “clean” so to speak. These microscopic dermal denticles also help sharks fend-off micro organisms. The U.S. Navy has since developed a material, known as Sharklet, based on this skin pattern to help inhibit marine growth on ships. Based on this same idea, many hospitals are also using a biomimetic sharkskin film to combat cross-contamination. 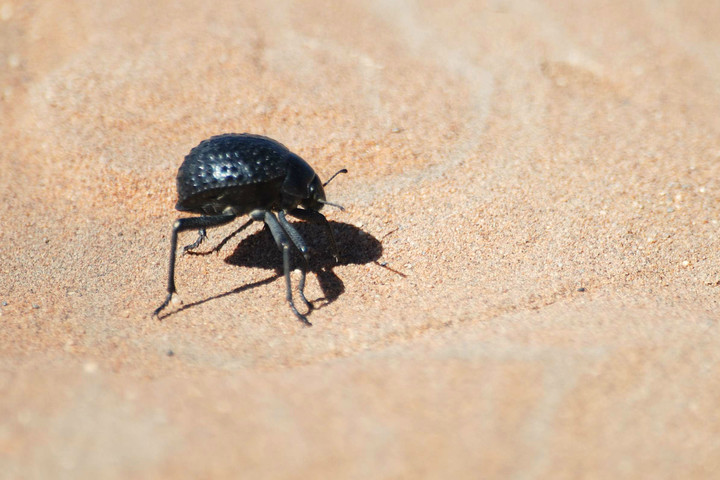 It’s really no secret at this juncture: access to water is pivotal to any sustainable civilization and life on this planet in general. While some locations on the globe have bountiful water resources such as lakes and rivers, more arid climates must make do with limited precipitation. Technology derived from a beetle thriving in one of the harshest environments on Earth may very well help start the next generation of clean water harvesting.

The Stenocara beetle lives in the arid African Namib dessert, but the dime-sized critter has an evolutionary hack to help it literally pull water out of literal thin air. A pattern of nodes along the beetle’s back enable the creature to collect moisture from the morning fog. The droplets then slide off the bumps into small channels towards the beetle’s mouth. Academics are currently using this research to develop biomimetic patterns capable of harvesting water from the air. 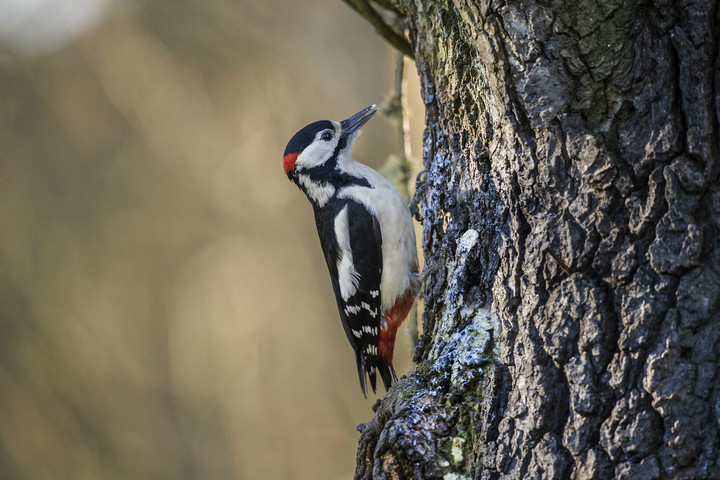 Woodpeckers are known for their exceptional excavating capacity. The creatures use their beaks to forage for insects and also to create nooks for themselves. As woodpeckers bore these holes, they experience a deceleration of 1200 gravitational pulls (Gs) nearly 22 times per second. To put that in perspective, a severe car crash would deliver the equivalent of 120 Gs on a passenger. Just how does the woodpecker withstand these perpetual jolts?

The answer: natural shock absorbers. Using video and CT scans, researched at the University of California, Berkeley, discovered that woodpeckers have four structures designed to absorb mechanical shock. The bird’s semi-elastic beak, an area of “spongy bone” material behind the skull, and cerebrospinal fluid all work in unison to extend the time over which this concussion occurs and therefore inhibiting vibration. Based on this multifaceted design, the team is working to create an array applications ranging from more shock-resistant flight recorders (black boxes) to micrometeorite-resistant spacecrafts. 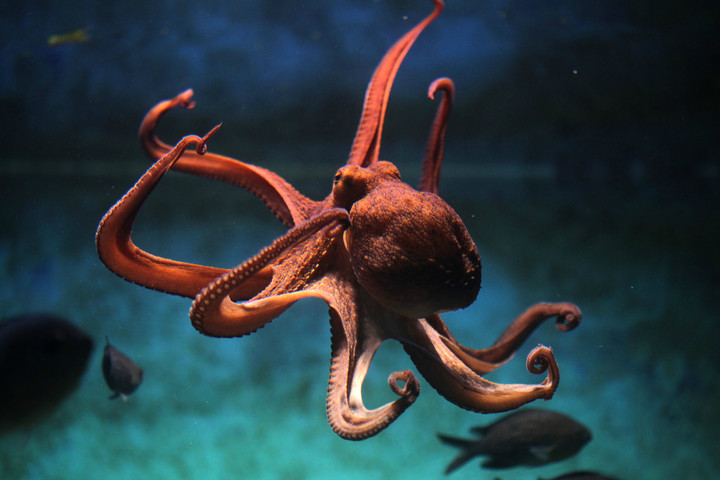 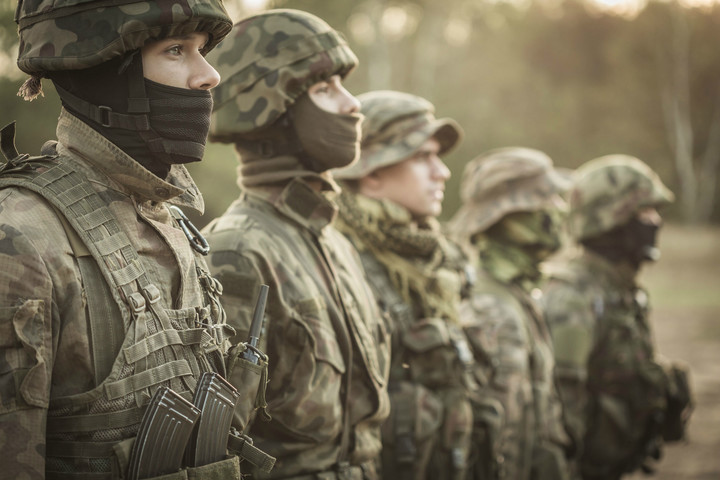 Squids, like all cephalopods, are capable of glowing (bioluminescence) as well as changing their skin color. This camouflaging capacity enables them to hide from predators while the bioluminescence allows them to communicate with and/or attract a mate. This complex behavior is produced by a network specialized skin cells and muscles.

Researchers at the University of Houston have developed a similar device capable of detecting its surrounds and matching this environment in mere seconds. This early prototype uses a flexible, pixelated grid utilizing actuators, light sensors, and reflectors. As the light sensors detect a a change in the surroundings, a signal is sent to the corresponding diode. This creates heat in the area and the thermochromatic grid then changes color. This artificial “skin” could have both military and commercial applications down the road. 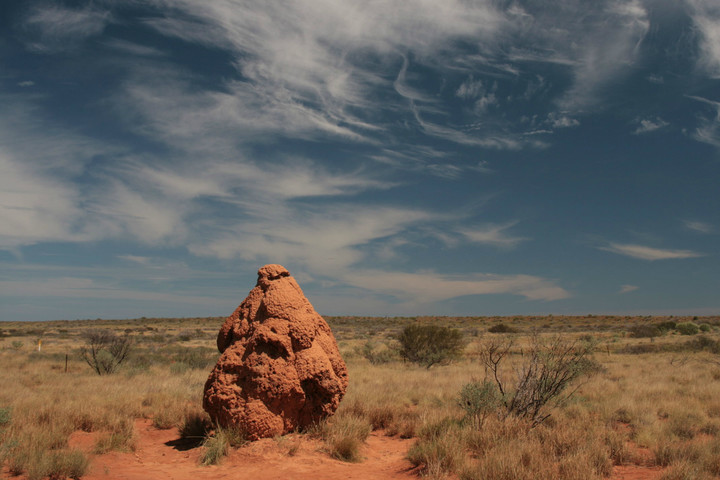 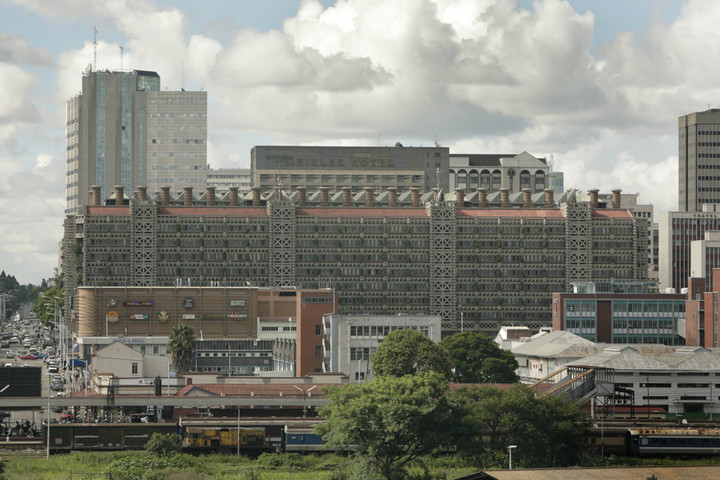 Oftentimes, biomimicry isn’t simply about mimicking an anatomical or evolutionary niche of a species. Sometimes, we can even take cues from the structures these animals build to create better life support systems for ourselves.

Termites often get a bad rap because of their destructive properties. However, termites are infamous for creating some of the most elaborate ventilation systems for cooling on the planet. Even in some of the hottest places, these termite mounds, remain exceptionally cool inside.