Pokémon Duel: Everything you need to know 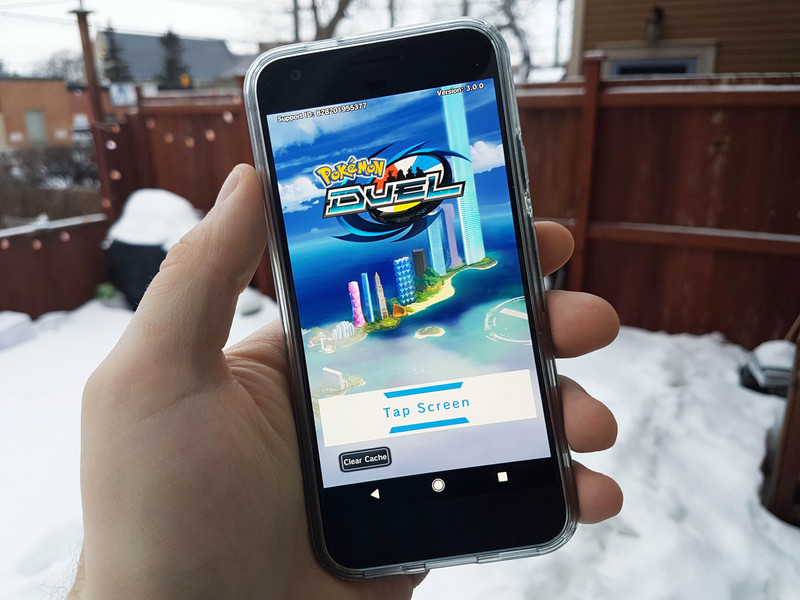 The Pokémon Company dropped a brand new Pokémon game into the Google Play Store, and those words alone might have some people buzzing with excitement. But unless you happened to be a fan of the obscure and discontinued trading figure game, you’re probably going to be disappointed.

Here’s everything you need to know about Pokémon Duel.

So what’s the deal?

Pokémon Duel is essentially a mobile version of the Pokémon Trading Figure Game, a discontinued two-player tabletop strategy game wherein players collect Pokémon figurines and battled them in 6-vs-6 battles in a fixed arena. The mobile game was originally released for iOS and Android in Japan back in April 2016, and it has finally become available to the rest of the world.

Is there a story mode? 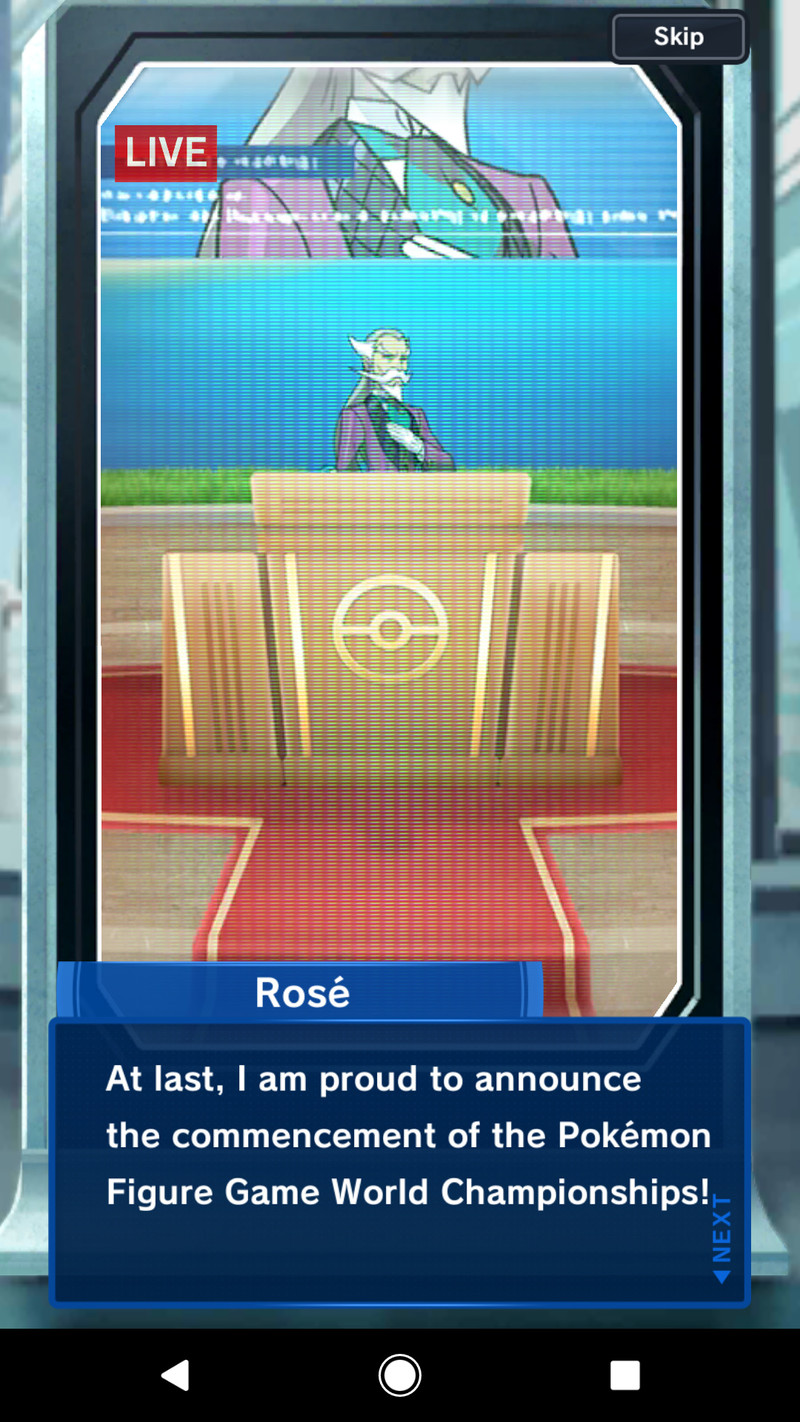 There’s an overarching narrative surrounding the Pokémon Figure Games World Tournament, which your character is heading to despite not knowing the first thing about Pokémon figures.

You’re told the stakes of the tournament are sky high, as the the tournament champion will win the Jewel Tower — literally a skyscraper on the island where the tournament is being held. On the train ride there, you meet Luca who introduces himself as your rival (because every Pokémon trainer needs a rival — even Pokémon…Figure…trainers?). He then runs you through a tutorial of how to navigate the many menus and teaches you the basics of how to play the figure battling side of the game.

One would assume that as you progress up the ranks, Luca returns to test you in battle. One would also assume you need to beat him several times to progress through the tournament.

Other than Luca, battling is done PvP versus other online opponents. It can take a while to find an opponent, so you’ll have to be patient.

So this game is promoting a new line of collectibles figures? Like how the original Pokémon GameBoy helped sell trading cards? 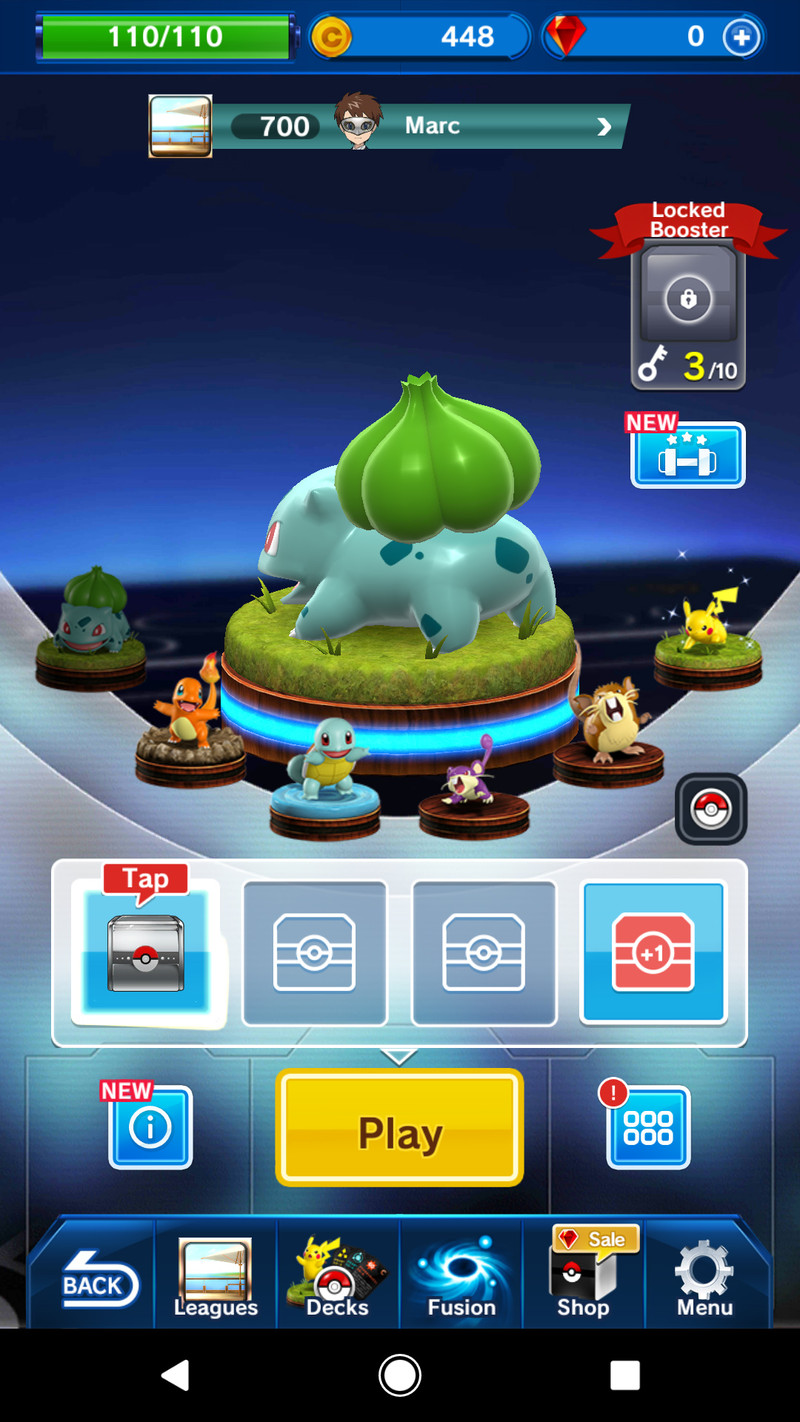 Well, yes and no. Pokémon Duel is based on the Pokémon Trading Figure Game, which totally existed as a thing about 10 years ago. All the tabletop elements are preserved, from collect and playing with figurines, to spinning a wheel to determine attack success.

But they may have been preserved too well. For examples, the Pokémon figures themselves look beautifully rendered, but this is a video game — why are they static figures? Just because it’s based on a tabletop game doesn’t mean you need to literally keep it as true to the original game mechanics required for playing the game in real life.

The Pokémon Trading Figure Game was discontinued back in 2009. Only one expansion set was ever released in the game’s short two-year existence. Feel free to draw your own conclusions. 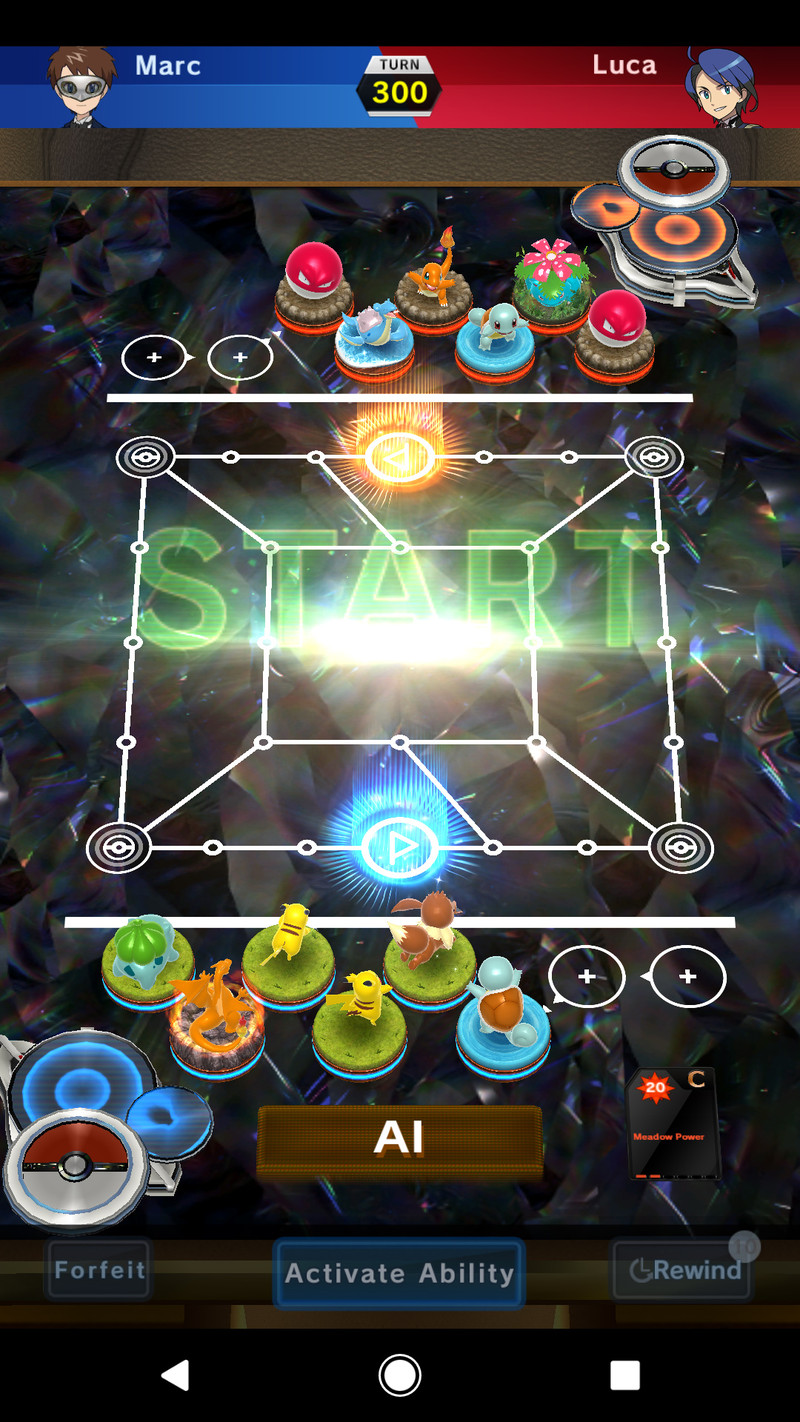 The rules of the game involve moving your Pokémon around the play arena until you get one of your Pokémon to your opponent’s goal area, while simultaneously defending your own goal area. Players take turns strategically moving figures from their deck to the battle arena, moving them around.

If two Pokémon run into each other, they battle! Unfortunately, battling here only consists of spinning the figure’s attack wheel, which leaves everything up to dumb luck. Battle effects such as Confusion or Poison can be strategically played which affect your opponent’s ability to land an attack. The Pokémon who spins the higher attack wins and gets the space, while the loser is sent off the arena to the PokéCenter, where they must wait in rotation to be reinserted back in the player’s deck.

If playing with digital figurines sounds like it would be kinda lame, well… it is.

Oh, and that’s without touching on the in-game currencies you’ll have to manage and booster packs you’ll need to wait to unlock. Yep, it’s another classic free-to-play title.

Is this finally the Pokémon battling game for mobile I’ve been waiting for?

Going to go with a hard NO on this one — unless of course you were obsessed with the Pokémon Trading Figure Game for its short run almost a decade ago.

Will Pokémon Duel find an audience outside of Japan? Perhaps people will download it from name recognition alone, but once you’ve experienced the uninspired gameplay (which could be fun in a tabletop setting), hokey story, and the fun-killing free-to-play game mechanics, it’s really only for kids with nothing better to play and most hardcore Pokémon fans.

The tabletop version was discontinued back in 2009. Only one expansion set was ever released in the game’s two-year existence. Feel free to draw your own conclusions.

To be clear, this is nothing like the Pokémon Go phenomenon which, love it or hate it, blew up in part for nostalgic love of Pokémon, but largely due to developer Niantic’s strong handle on augmented reality gaming. Pokémon Duel offers nothing new or innovative, so unless you were a huge fan of the defunct real-life trading figure game there’s not much to see here.

Have you checked out Pokémon Duel? Would you recommend it to others? Let us know in the comments!