Styr’s system of health gadgets exists to sell you supplements

I’m the kind of guy who can always stand to lose a few pounds. The Styr Lab regimen seemed like a great way to do so. When I first saw it at TechCrunch’s Disrupt event in San Francisco last September, I was genuinely excited to give the fitness-tracking system a try. After three months using the regimen, however, I find myself just as pudgy and unmotivated as I was beforehand. Maybe even more so.

The Styr system employs a trio of devices: a bean-size tracker that can be worn on the wrist or the hip, a water bottle and a fat-sensing scale. All three are sold separately but can work in conjunction with the Styr iOS/Android app in any combination. What’s more, each device will recommend a specific in-house line of supplements (vitamins for the wearable, protein for the scale and electrolytes for the water bottle) that are tailored to the user based on his or her activity level and fitness goals. 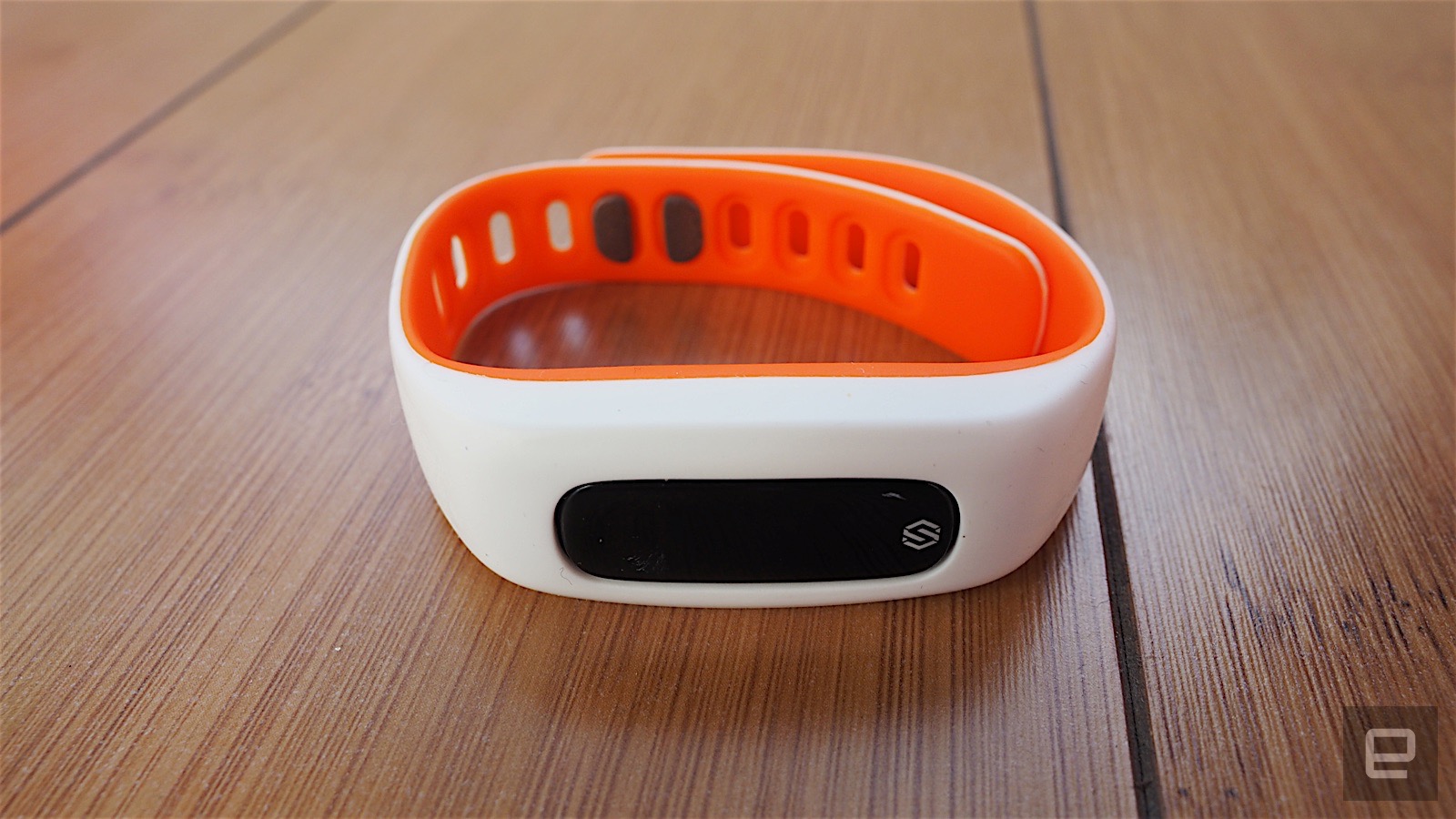 I should point out that I didn’t consume these supplements beyond the initial month’s supply. However, based on what the Styr system recommended for my nutritional needs, I could accomplish the same effect with a men’s multivitamin and better eating habits for a fraction of the price of what Styr is asking. Seriously, it wants $68 a month for its vitamin packs, $28 per 1 lb. bag of protein powder and $24 for 12 packets of electrolyte mix.

Oddly, the system doesn’t take the nutritional value of what you’re eating, or how much, into account. The app will track whether you’ve eaten a snack, small meal or large meal, but that’s it. By those metrics, a McDonald’s two-cheeseburger meal with medium fries and soda carries the same nutritional value as eating 8 ounces of fish with a mixed-green salad and water. 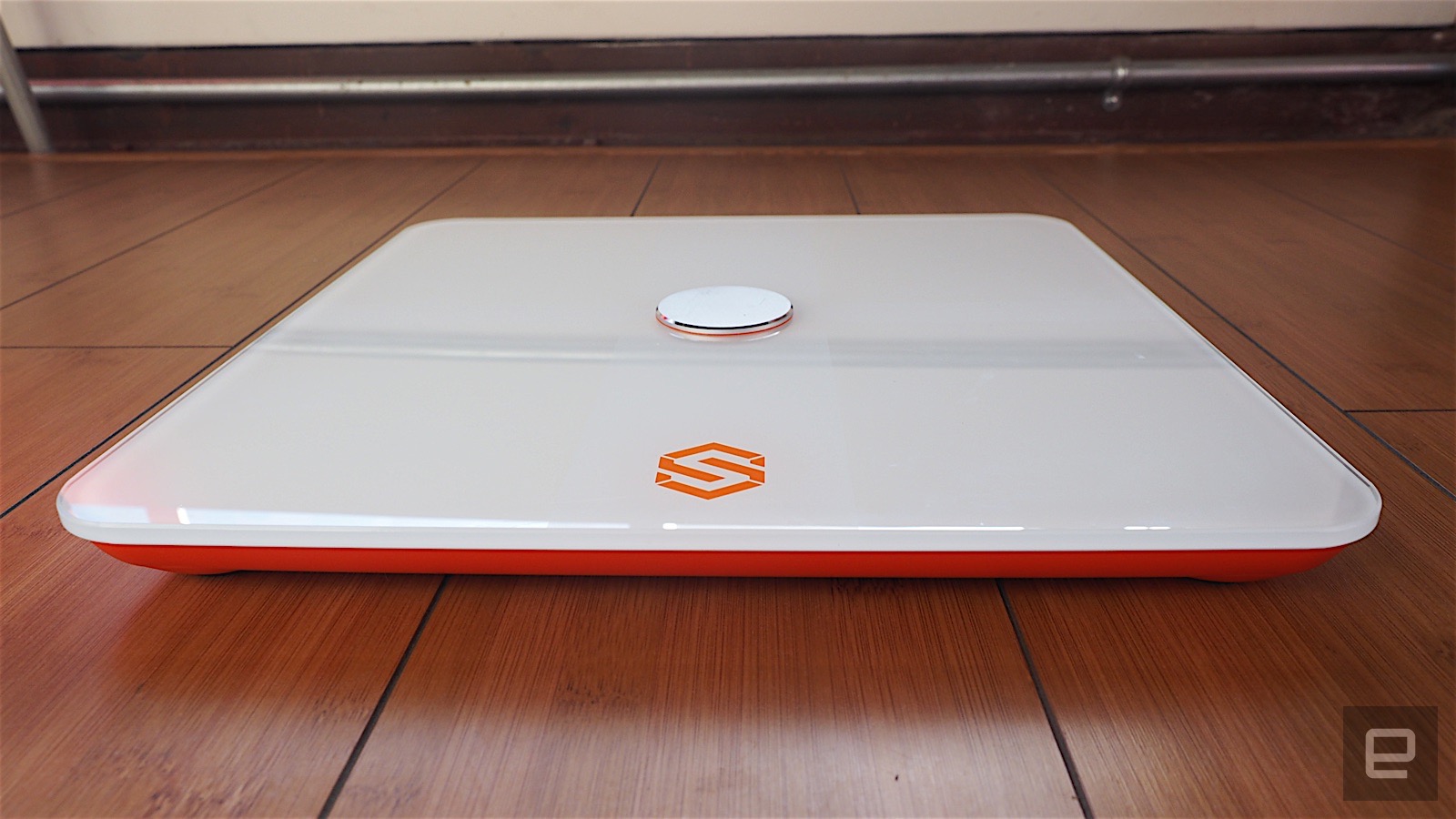 Instead, the system revolves exclusively around your activity level and current weight. The activity tracker itself is minuscule, barely as long as the first joint of my thumb, or a little over an inch long. It uses a touchscreen interface, allowing the user to cycle through a home screen, step tracker, calorie-burn estimator and odometer. The screen itself is not great, requiring a good deal of squinting in direct sunlight. However, its battery life is fantastic. The little tracker lasts upward of two weeks depending on how often you activate its screen.

That said, it tends to be finicky when you do use it. The step-tracking function, for example, tended to overestimate my footwork when I wore the device on my wrist — where it routinely fell off because the band’s clasp mechanism wore out within the first month. It also had a habit of underestimating it when was attached to my belt or carried in a pants pocket. The mileage tracker was also consistently about a quarter-mile short compared to my Runkeeper data, as confirmed by Google Maps. 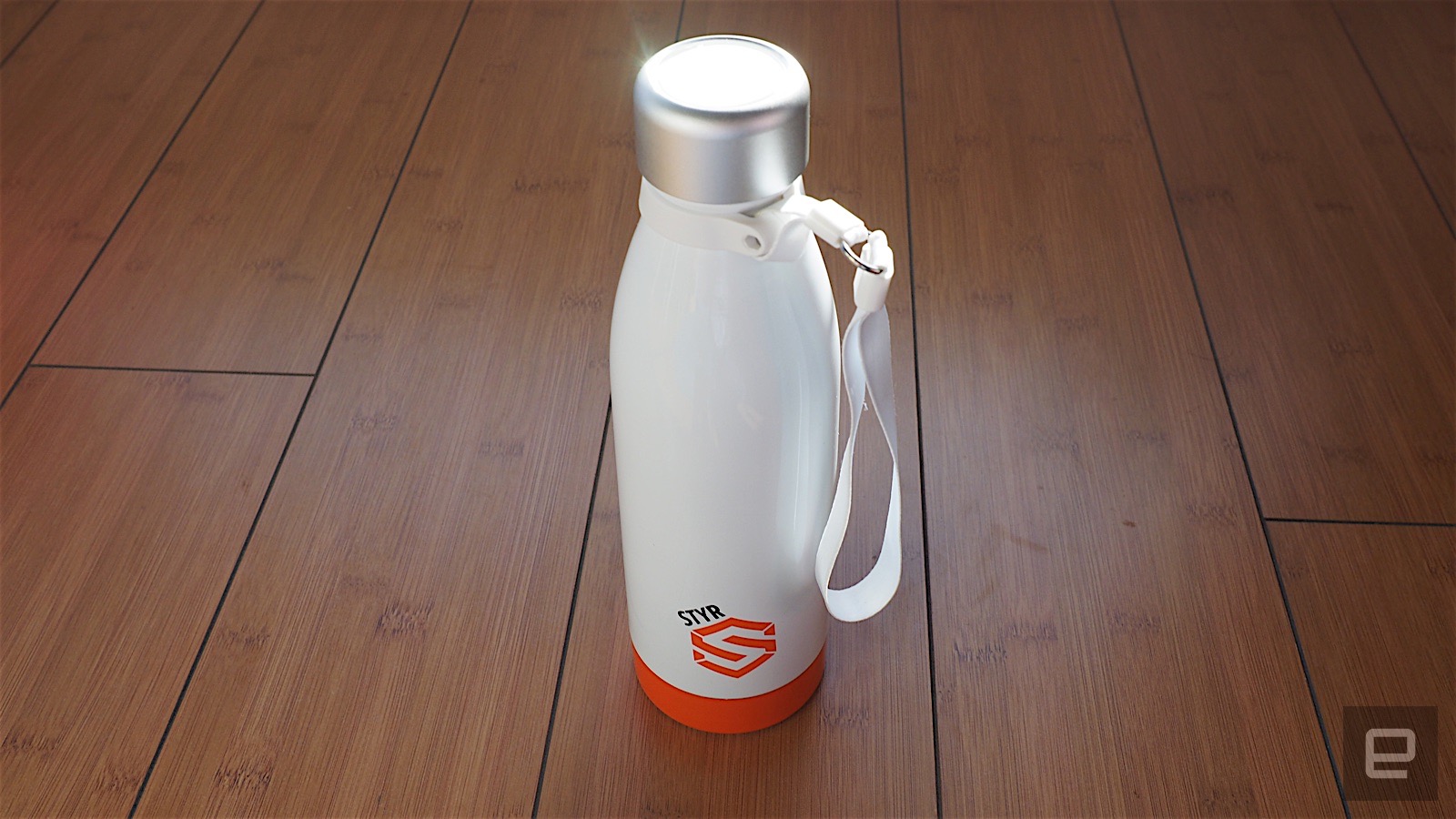 And, unfortunately, the same goes for its calorie counter. The wearable has no means of actively tracking how many calories you’re burning, as many rival devices do. Nor does it have any means of tracking your heart rate (even though there’s still a category for it in the app). When you do log your activity into the Styr app, it’s a time-based approximation of how much you’ve burned, at best. Whether I half-assed my morning calisthenics or really pushed myself, I was still rewarded with the same 145 calories/20 minutes. This in particular was a huge motivation killer for me.

I was much more impressed with the Styr scale, especially after having used the Fitbit Aria. The connected scale is well-designed and measures the same metrics as the Aria, providing readings for body-fat percentage, bone mass and water content, though there’s no way for me to know if any of them are really accurate. Still, it nice not to have my weight and body-fat percentages swing in 6-pound and 13-percent increments overnight, as the Aria routinely did. However, for some reason, it only tracked my weight over time. The moment I stepped off the scale, the system would discard my body-fat percentage, bone-mass and water-content readings. It makes me question why Styr even bothered to include them. 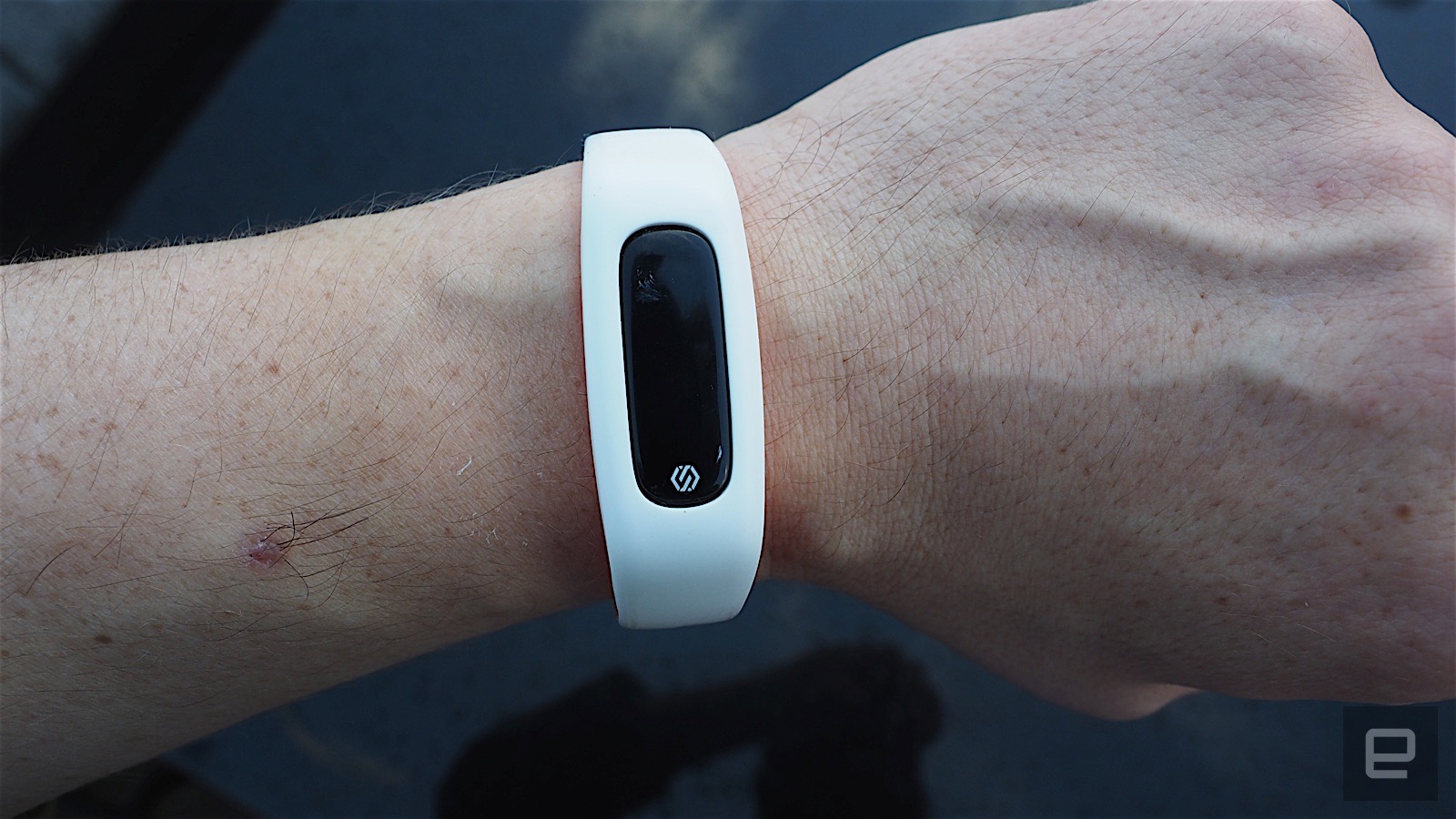 The water bottle was also a bit of a mixed bag. It’s a perfectly serviceable water bottle; there’s not a whole lot you can do to screw up that design, short of drilling holes in the bottom. However, after three months of daily use and repeated washings, I still haven’t managed to get that bitter “new-water bottle” taste out of it. Honestly, as soon as this review is over, I’m looking forward to switching back to my trusty Kleen Canteen.

Overall, I can’t figure out if the Styr fitness-tracking ecosystem is trying to do too much or too little. The app offers tracking categories for metrics none of the devices actually measure, like heart rate, yet doesn’t record all of the metrics the devices do measure, like body-fat percentage. 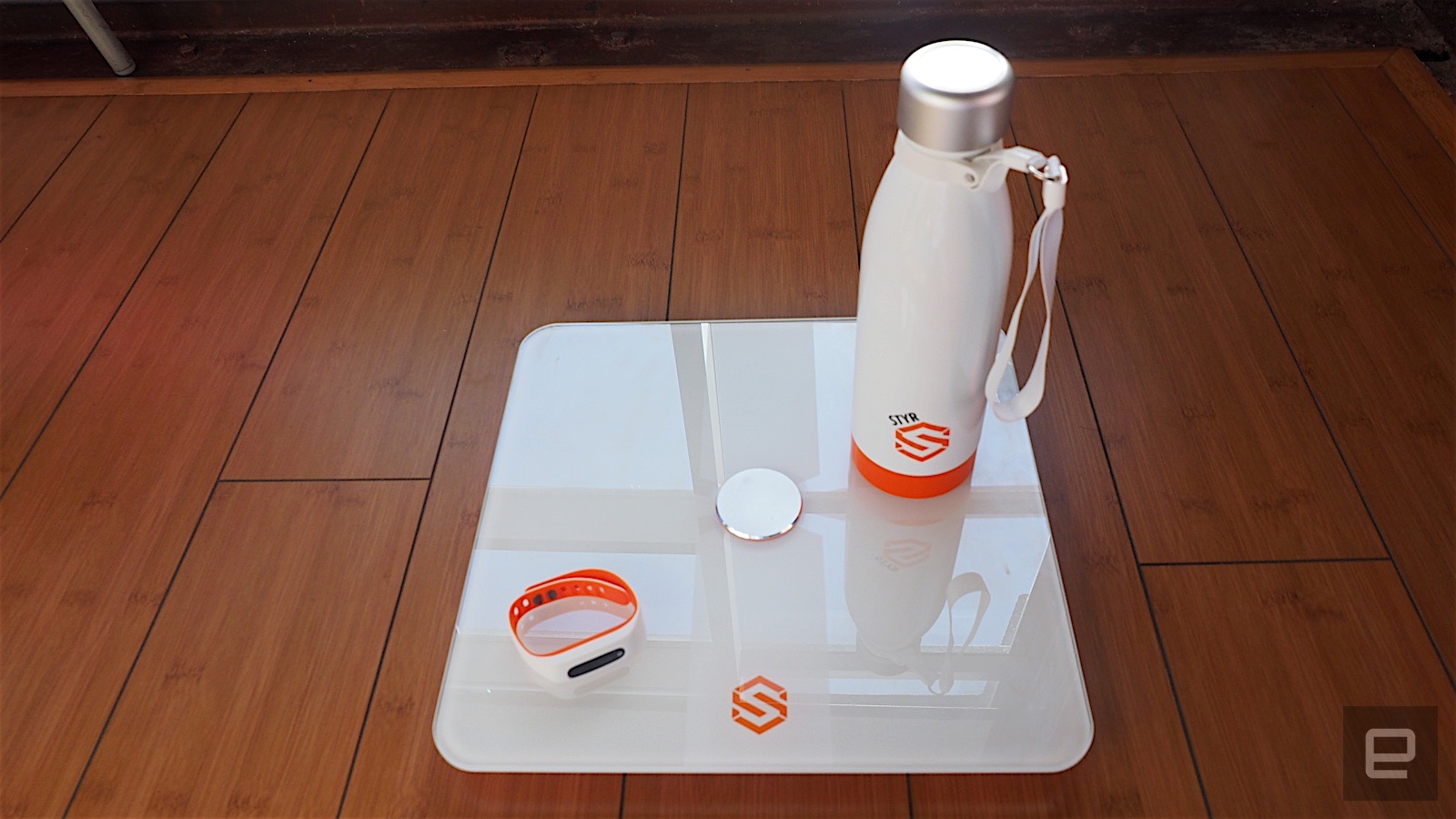 The entire system seems explicitly designed to sell you nutritional supplements a month at a time. That in itself is odd because the quality of the activity tracking doesn’t match the level of activity you’re supposedly needing it for. That is, the devices themselves feel like they’ve been designed for casual fitness enthusiasts, yet the company continually pushes nutritional supplements that only fitness fanatics and semipro athletes really need to be worrying about. The rest of us can probably forgo the $180 investment in these devices and get by with more regular exercise and a couple extra salads per week.