Playing all the games at Nintendo’s Switch event

We’ve touched the hardware and were left with some good impressions. But that’s only half of the equation: what about the games? Nintendo is offering several upgraded (and some brand new) titles for the Switch. While some depend on the new controller interfaces (Arms) and sharing aspects of the new console (1, 2 Switch), others, in classic Nintendo style, tap in our nostalgia (Sonic Mania, Ultimate Street Fighter 2). And there was another try to play Zelda. Here’s every title that we could get our hands on at the Switch event.

It’s Splatoon, innit? It felt just as good as the original Wii U game, with smooth frame rates and Nintendo’s cutesy idealized urban environments. Barely anyone’s played the original, so the lack of progress here isn’t likely to faze either ardent fans or newcomers. We all just want more Splatoon

Incidentally, this was one of two games I played wholly on the Switch, rather than on a TV, and I loved it. I can definitely see myself using this as a handheld way more often than a home console.

I’ll be taking a more in-depth look at this game later, but initial impressions are positive. Arms is Nintendo’s big new title for Switch: a gesture-powered one-on-one boxing match with comically extending arms, boomerangs and more. Like a few games I saw during the Wii U’s era (I’m looking at you, Star Fox…), it’s going to take some time to get completely used to the controls. It’s also instantly enjoyable — especially when you land your first twisting hook on your opponent from the other side of the arena. Boom. 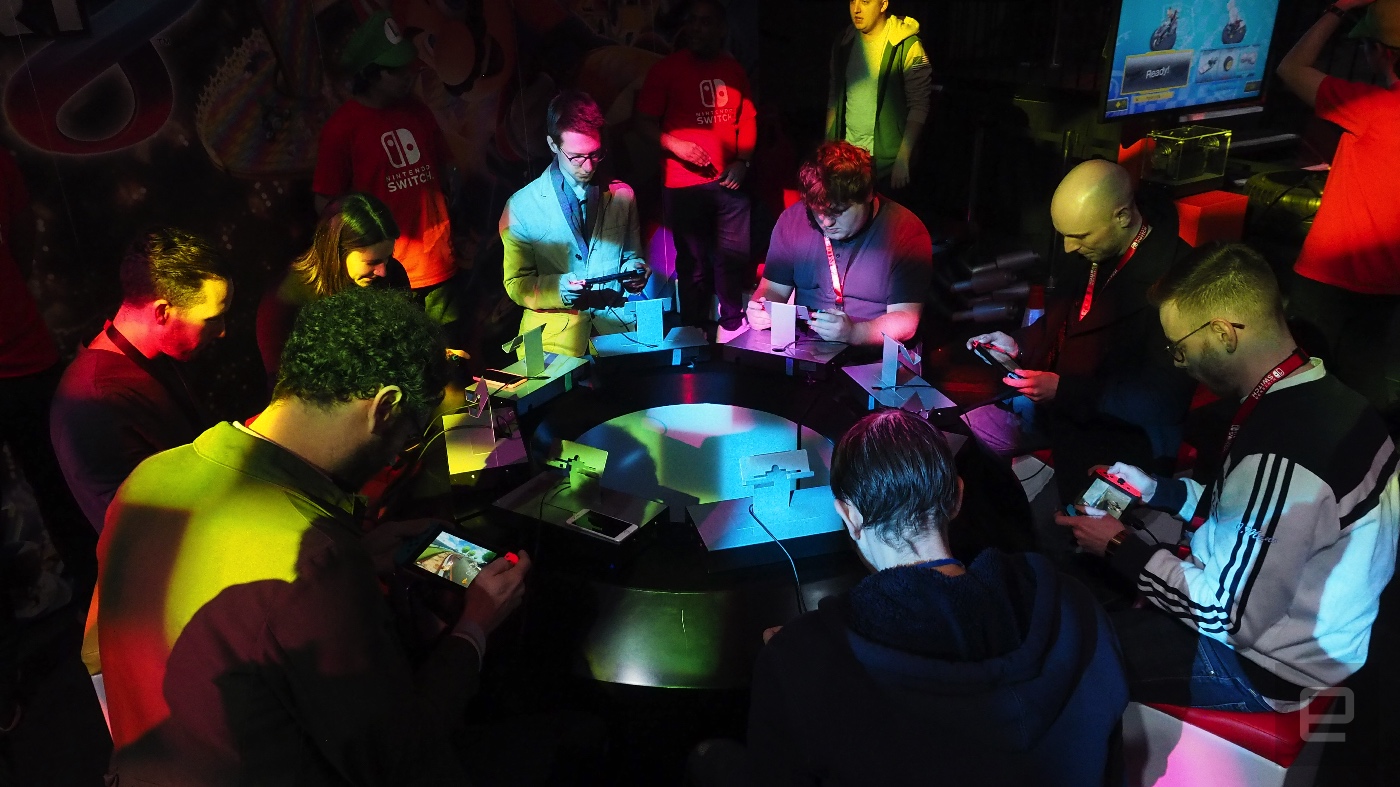 With all the courses, all the characters (plus five new ones), the biggest takeaway of this Mario Kart remake was the sheer portability of 10-driver Mario Kart on the Switch. To start, the console is smaller and handier than the Wii U GamePad, making it far more comfortable to play. Mario Kart 8 Deluxe played smoothly in 720p on the console’s own screen, which was how I played it and the controls (a Joy-Con either side) worked better than on the Wii U GamePad, in my opinion. Even the screen does its job better than its predecessor. While the game will add all the DLC content that the original got, there was one notable change to the game mechanics themselves: you can carry two weapons at once. Sounds like it’s going to be messy.

Is it WarioWare, or is it Wii Sports Club? A little bit of both, but with a smarter controller. While none of the short, snackable mini-games used that crazy shape-detecting sensor that’s embedded into one of the Joy-Cons, several demos offered a great demonstration of the refined haptic feedback you’ll get from the Switch controllers. I fought a samurai, bested a rival cowboy at quick-draw, cracked a safe and copied a dance. The safe cracking mini-game, where I had to tilt the controller until I felt an uneven ‘tick’ from the controller in order to unlock a safe. It hints and the nuanced possibilities of Nintendo’s party game-in-the-making. That’s a good start, but I want to see how Nintendo packages them all together. 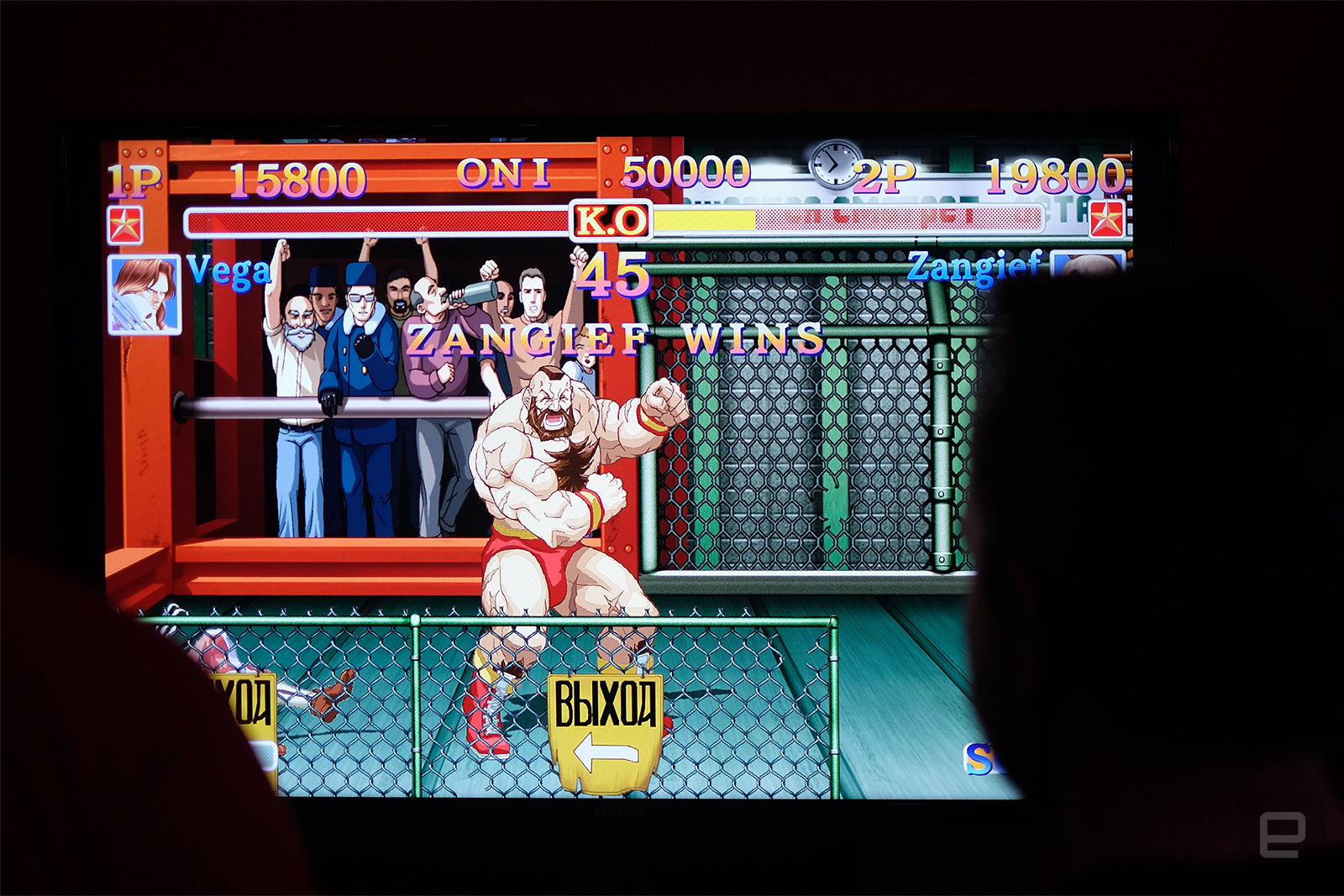 As someone that’s not really got into the last few iterations of Street Fighter (but adored the Alpha series as a teen), I was pretty happy with my time with The Final Challengers. Mat and I were stuck with the “improved” graphics, rather than the old-school sprites, but the game felt smooth and responsive (I’m pretty certain it was running at 1080p/60, and it had better be.

The Pro Controller I played it with, though? Not a huge fan. At least for Street Fighter, I need a good d-pad, and a good d-pad this was not — it was just way too stiff. Maybe it’ll loosen up in time? For what it’s worth, the whole pad felt a little more… slapdash when compared to the precision of the rest of the console. The analog sticks and face buttons are fine (and, let’s be honest, not many people use the d-pad), at least. 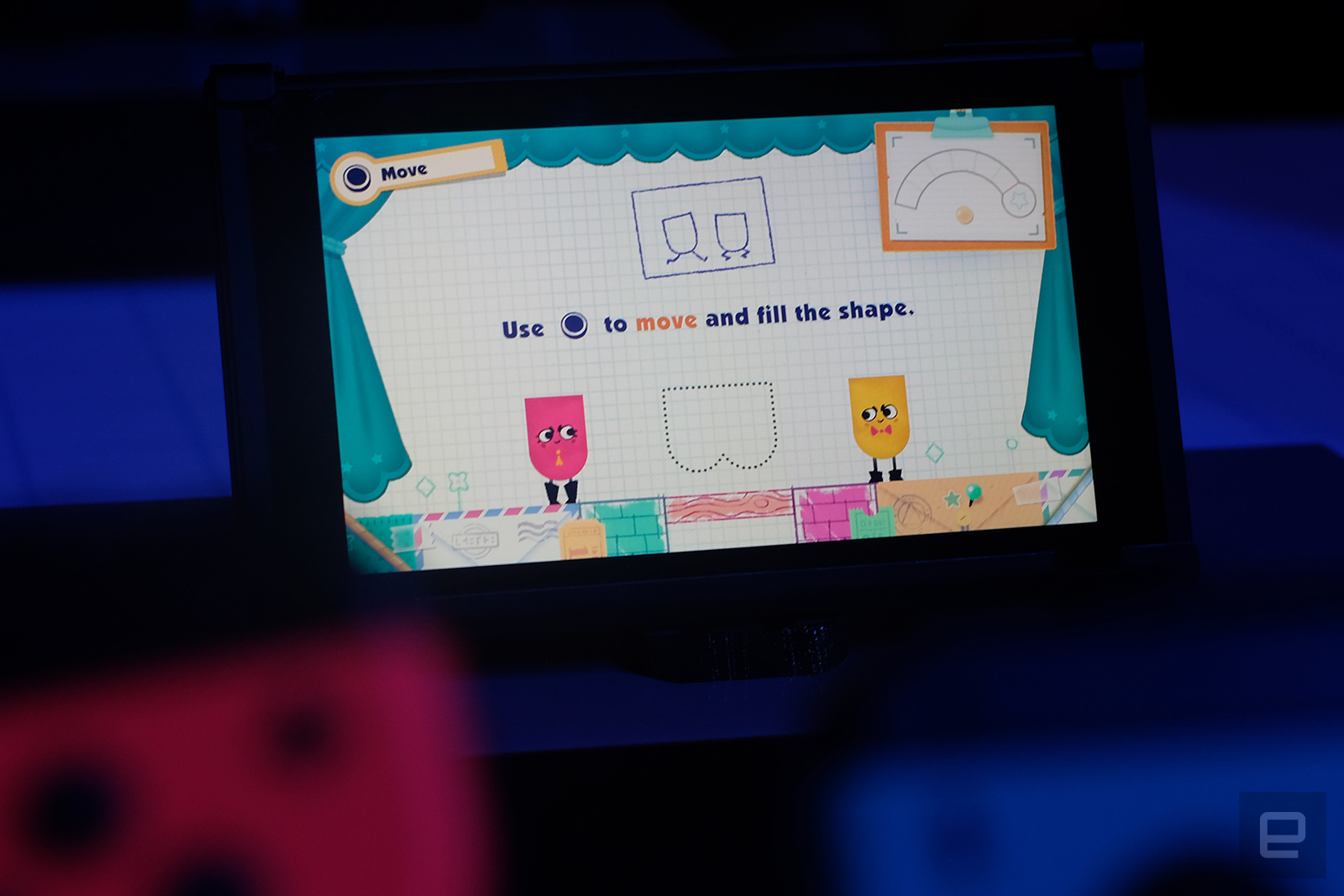 So I don’t know if it was just 4AM (it was in London) and I missed it, but I don’t remember seeing Snipperclips during the event last night. That’s a shame, because this game is so much fun. It’s a two-player puzzle game where you need to work together to solve puzzles by… cutting each other. It sounds weird but it’s an absolute delight. I just about completed the demo in my allocated 10 minutes, and I loved every second of it. I loved Chariot, and there aren’t enough two-player puzzle games around. I can’t wait to play it with my kids.

With no (non plumber-themed) racers to be seen during today’s presentation, it fell to indie studio Shinen to save the day. Unsurprisingly, Fast RMX is another Wii U port, serving as an update to last year’s Fast Racing Neo. While many third party Switch ports have been pretty barebones, Fast RMX sounds generous, adding 30 new tracks and 10 new cups to the mix. The gameplay was left largely untouched, serving as an enjoyable F-Zero clone. While I was skeptical that it would feel alright on the controls, it looks to have survived the transition surprisingly well. While the new content is nice, it’s the bump in resolution that really made the demo shine. In full 1080p resolution and running at a flawless 60fps on the TV, this is what Fast always should have been.

If there’s any game that sums up classic Nintendo multiplayer, it’s Bomberman. The series’ core gameplay remains unchanged, but it’s the Switch’s portability that made it feel fresh. Putting the Switch in tabletop mode and simply handing a Joy-Con to the other player was grin-inducing experience. While I was skeptical about using a single Joy-Con, thanks to the game’s simplistic one-button controls it feels surprisingly natural. If Konami get the price right, Bomberman could be an essential purchase.

We’ll be updating this report as we play our way through the event.

Click here to catch up on the latest news from Nintendo’s Switch event.