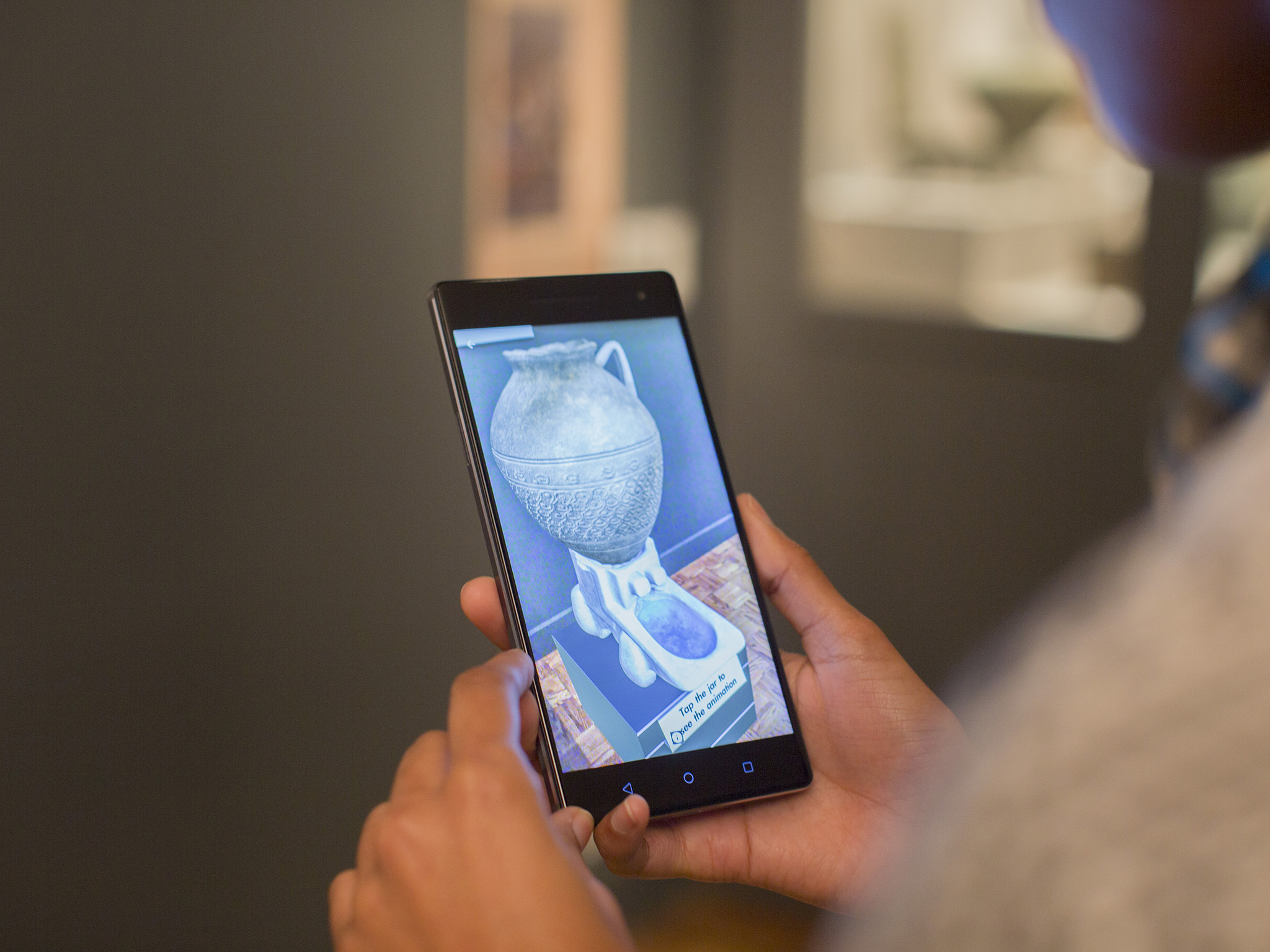 Restore color to ancient artworks, or see inside an ancient Egyptian mummy

Google has announced a new venture to bring augmented reality to museums around the world, starting with the Detroit Institute of Art. Google’s Tango program for phone-based AR will make its way to the DIA through the Lenovo Phab 2 Pro and a new AR experience built by GuidiGO, a developer which previously built tour apps for Google Glass.

Four new AR experiences are showcased on Google’s official blog today. Visitors can take a peek at the skeleton and innards inside an ancient Egyptian mummy, bring color back to long-faded artworks, unravel ancient scrolls, or view historical structures in scale. It’s all intended to make the experience of exploring a museum more interactive and immersive.

DIA visitors wanting to use AR to bring the past alive can request a Phab 2 Pro from the museum’s front desk. Google promises more tango-based interactive experiences in museums around the world “soon.”

Read more from News
← #DOUBLETAKE: Here were some of the CRAZIEST things at CES 2017!
Nomu S30: A promising phone ruined by hardware defects (review) →