Alexa will make your car smarter — and vice versa

Every year at CES, some of the world’s biggest tech companies try to one-up each other. TVs get thinner and brighter. Home appliances get chattier and robots get friendlier. But this year, instead of standing out for their memorable devices, a lot of companies showed up with a shared identity: the voice of Alexa.

Within a span of just two years, Amazon’s cloud-based voice service has spread far beyond the Echo speaker where it first debuted. Alexa has gone from being an at-home helper to a personal assistant that can unlock your car, make a robot dance and even order groceries from your fridge.

At CES, both Ford and Volkswagen announced that their cars would integrate Alexa for weather updates, navigation and more. According to CJ Frost, principal architect solutions and automotive lead at Amazon, the car industry is moving into a mobility space. The idea isn’t restricted to the ride anymore; it encompasses a journey that starts before you even get in the car. With the right skills built into the voice service, you can start a conversation with Alexa about the state of your car (is there enough fuel, is it locked, etc.) before you leave the house. It can also pull up your calendar, check traffic updates and confirm the meeting to make sure you’re on track for the day. 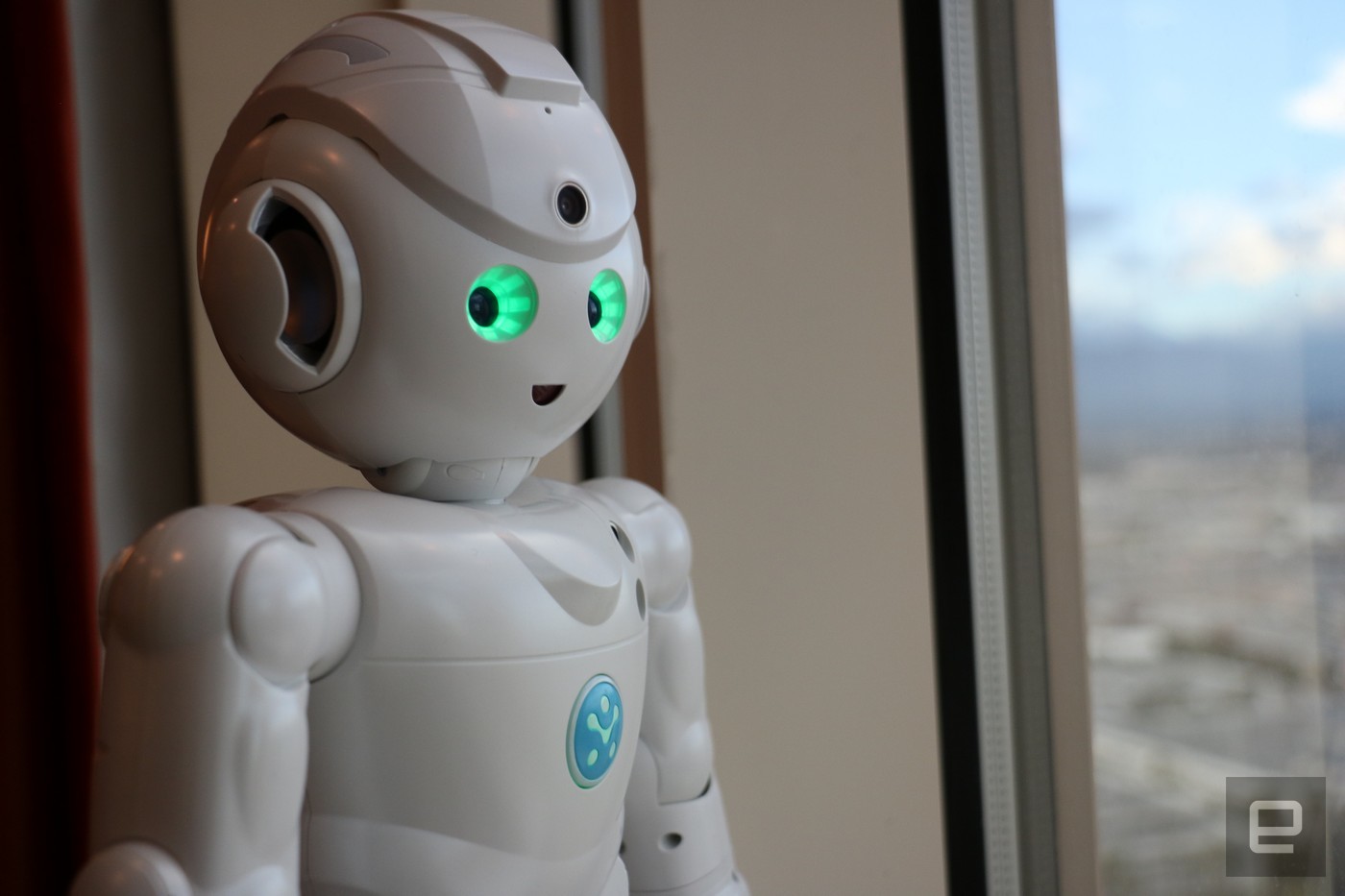 Using a voice service in the car keeps your connection with the intelligent assistant intact. It’s also a mode of communication that will be essential to autonomous cars of the near future. I caught up with Frost and John Scumniotales, GM of Automotive Alexa service, at the Las Vegas convention center to trace the progression of the intelligent assistant from home speakers to cars on the road.

Alexa is ubiquitous at CES this year. To what do you credit the explosion of voice service integration?

John Scumniotales: I think there are multiple reasons. One is our approach to the market. We released the Echo a couple of years back. The device demonstrated intelligent voice service and provided customers with that access. Then we rapidly built services on top of it that allowed people access to the cloud. What we’re seeing is the benefit of having 7,000 skills built by third parties, and having more and more companies embed Alexa into their devices and cars. Having intelligent services to assist us in our day-to-day lives has been a big driving factor.

There’s a huge emphasis on voice interaction but speech recognition technology still has a lot of challenges like languages, accents, etc. Are we really at a point where we’ll instinctively talk to our appliances? And more importantly, will we be understood?

Scumniotales: I think we’re starting to see voice services and personal assistants emerge. I do think it’s becoming more common to interact with devices: mobiles, appliances and vehicles. For many emerging technologies it can be an evangelical sell, where you first have to train people to a new approach, but we’re starting to see it crossover in regards to voice.

With the far field technology that we have and the echo cancellation, there can be complex background noise, the TV can be going, and I can still have a conversation with Alexa. That’s the magical experience that’s helped convince people that this is a viable mode. On top of that the natural language capability as well, where I no longer have to learn a specific grammar and sequence to interact with a device. I can ask for something in five different ways and Alexa usually knows what I’m talking about. 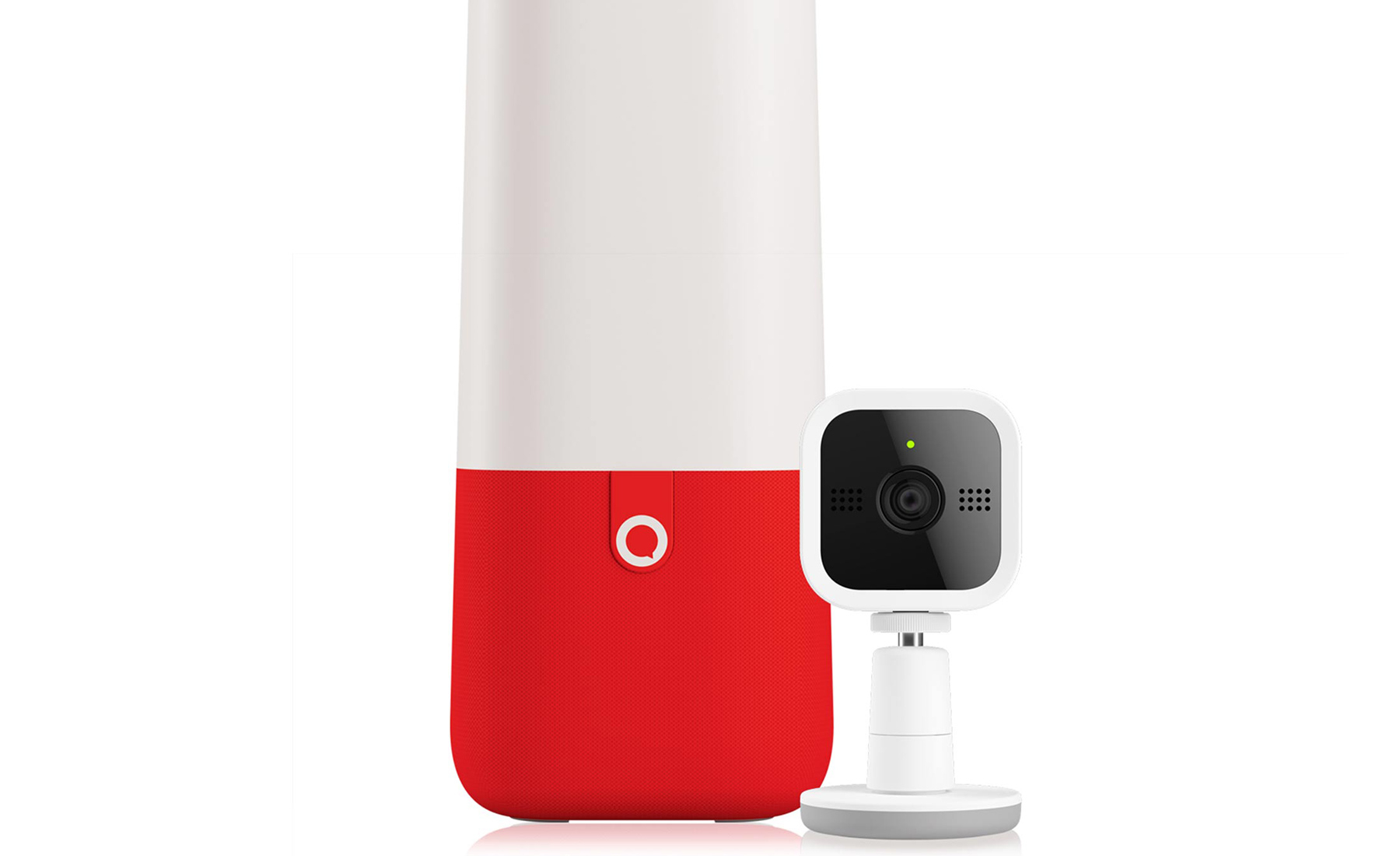 Mattel’s Aristotle uses Alexa to be an efficient personal assistant for kids.

How did this progression from Amazon Echo to vehicles come about? Would you say this is a natural progression or a planned move?

CJ Frost: I think what we always planned on was consistency of experience and to really allow the consumer to experience that engagement. Having that interaction in the home, we saw that opportunity. So did the automotive makers. It was very obvious that people wanted to get in the car and have an easy conversational experience.

Scumniotales: The feedback we’ve gotten from the Echo at home is that people have gotten accustomed to having voice-activated access to their digital lives. They want that continuity in their cars, whether it’s entertainment, productivity or knowledge. That’s been an intentional thing that Amazon has done. We want this to be a multi-modal experience.

What would you say is the purpose of bringing voice interactions to cars? Is it about productivity or safety?

Frost: We know the drivers in the automotive industry. It’s the industry itself, but it’s also regulation, safety and insurance services. We know that voice interfaces have been a part of cars for a long time primarily to support safe operations. When you look at how easily you can engage: — order a pizza in five to six seconds, check the weather — it’s a very easy, safe and consistent interaction and it adds functionality to the car. You can bring your phone to the car but depending on how the consumer uses it, it can add a level of risk as well. But finding a way to converse without being distracted, with your hands still on the steering wheel, becomes a positive experience.

Scumniotales: Voice can make complex tasks simple. A short utterance compared to completing a task on the phone. You’ll have to toggle between apps and it becomes a dangerous interaction. Voice is a natural and safe human machine interaction model for the car.

Frost: If you think about it, the advent of ordering pizza online was amazing. But now I think about it a different way. I open my laptop, launch a website, type in what I want, pull my card out …I need to go through all the motions and all of a sudden it feels onerous as opposed to having a quick voice conversation and having a pizza show up 30 minutes later.

What’s your biggest challenge with Alexa?

Scumniotales: Going fast enough. Just being able to satisfy the incoming demand and to go global with Alexa is a challenge. There is so much that’s possible; we just need to meet that demand as fast as we can.

Beyond this wave of Alexa in car models this year, how does the service fit into the autonomous car space of the future?

Scumniotales: When you look at driverless cars, it’s a great situation because Alexa either becomes a mobile living room or mobile office. Once we have that much more free time available to us during our commute, then you’ll have Alexa in your car so you can access entertainment and information.

Continuing the conversation from the house to the car also provides more access to Alexa into people’s lives. In what ways does this extended interaction benefit the technology?

Frost: Alexa gets smarter every day. As people engage with this service and as more skills are added, the system is getting smarter about how to respond. From an automotive perspective, there are all sorts of things happening to make cars safer and to get set for autonomous. What’s big this year is vehicle-to-vehicle communication and data sharing between cars. Not an active data sharing or interaction between consumers but cars talking to each other. What happens in the near future when a car can detect snow on the road and tell 15 cars behind it: “Hey, there’s snow on the road.” By engaging the voice in activating that data, we can potentially use that car-to-car communication to let people know there’s an accident or there are changing conditions on the road. That’s the interim step of how we can use data better to make driving safer.

Then, when our hands are off the wheel, we will absolutely have to have that interaction. When people start engaging in different ways in autonomous vehicles, then you can start to learn what patterns on a drive from LA to San Francisco. It allows the service to get smarter and smarter.

“The ultimate vision is that this is like a Star Trek computer, where I’m walking through my house and I can just ask Alexa for things. There may not be devices that you can even see.”

We’ve heard a lot of Alexa over the last year. What’s the future?

Scumniotales: We’ve been laying down the table stakes for an intelligent voice service over the last few years. Now you can start to think about taking the AI we’ve built to the next step, where we can provide some predictive guidance. We will know what your calendar is so when you start interacting with Alexa in the morning, she’ll suggest the next actions you should be taking or she’ll look at your appointments and check the traffic for you. We want to tie in various data sources that we have access to, including a lot of personal information of your day, to have an intelligent assistant that provides predictive behaviors as well.

We’re going to continue to work with our own devices to expand the ones we offer in the marketplace, but also have more third parties embedding Alexa into their environment. The ultimate vision is that this is like a Star Trek computer, where I’m walking through my house and I can just ask Alexa for things. There may not be devices that you can even see. There might be microphones in the walls and speakers in the ceiling.

This interview has been condensed and edited for clarity.

Read more from News
← Tips and tricks, things to look out for in a phone repair service
#DOUBLETAKE: Here were some of the CRAZIEST things at CES 2017! →