Technics has a new high-end hifi setup, and it won’t be cheap

Last year Panasonic resurrected the Technics brand and its legendary SL-1200 turntable. Now, the company wants to be your one-stop solution for all things hifi with a new model of the SL-1200, a pair of speakers and an integrated amplifier.

Let’s start up top, shall we? The new SL-1200GR (“Grand Class”) takes bits from last year’s model and tweaks them for higher performance. The new direct-drive motor is a “single-rotor, surface-facing coreless direct-drive motor” that the company says eliminates cogging — added noise during playback due to motor instability. There’s newly-tuned circuitry therein as well.

The turntable platter’s gotten a few improvements too, with some extra weight and new resonance-deadening rubber on its underside. Technics says that these adjustments help make the deck’s damping abilities “more than twice as good” compared to the SL-1200MK5 from 2002.

You’re going to need speakers for that turntable, and that’s what the Grand Class (notice a theme here?) SB-G90 are for. The gloss black floor-standing air-movers pack in dual 6.5-inch woofers, a 6.5-inch midrange cone and a 1-inch dome tweeter to hit a frequency response range of 27Hz to 100kHz at -16Db and four ohms.

There are plenty of other details to like, too, like all kinds of vibration reduction methods, aluminum dome diaphragms, high-linearity-drive-underhung voice coils and 16cm low distortion long stroke woofers. Oh, and they’re just over 44 inches tall in case you were wondering. 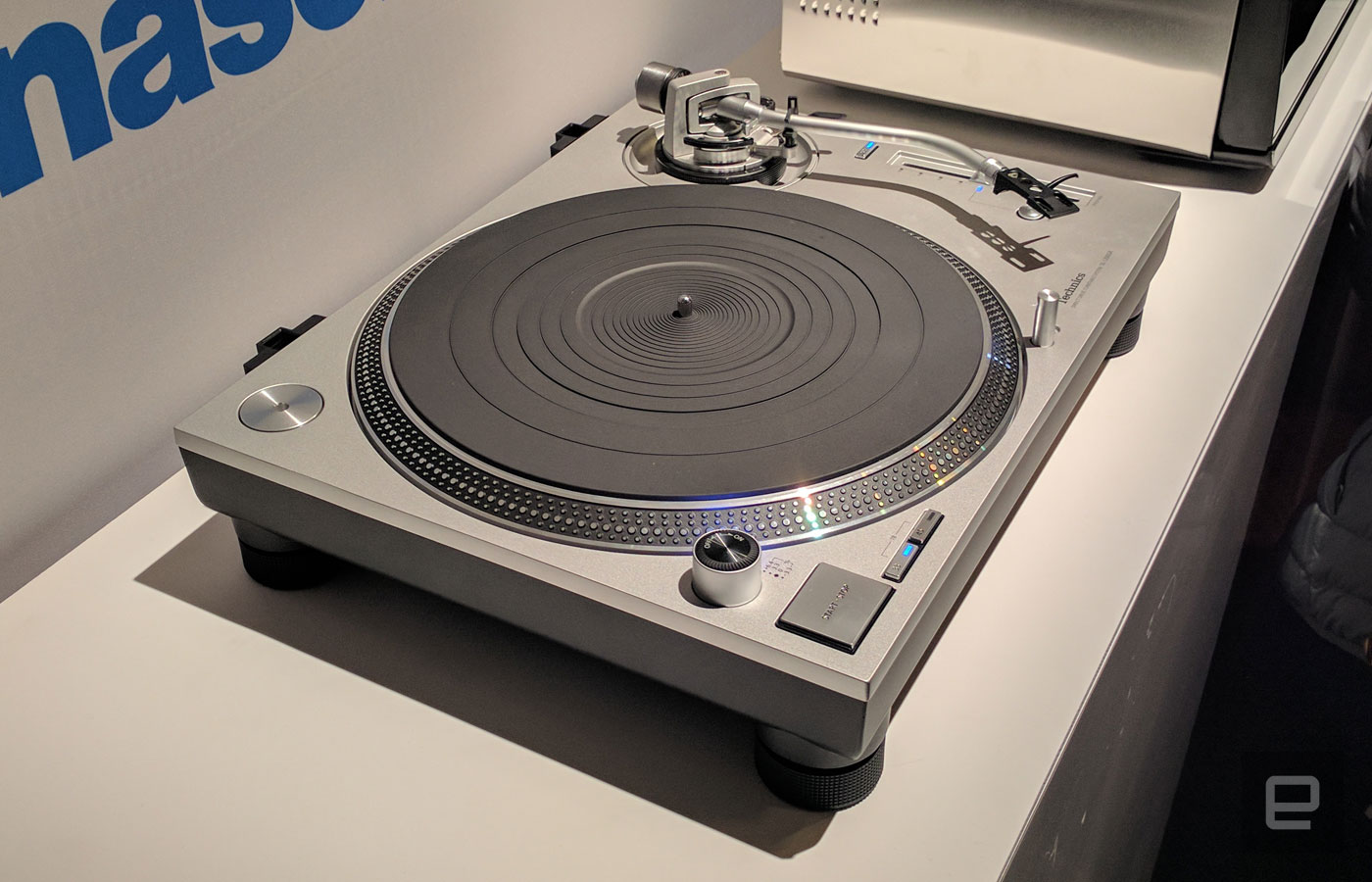 But wait, there’s even more. A turntable and speakers won’t do much good without an amp to power them. The reference-class SU-G700 should fit that bill, assuming you have the cash to spare for it. The case is all aluminum, features a pair of analog needle meters and the unit’s volume knob is a chunk of aluminum as well.

This all should give it a decidedly solid look and feel, but Panasonic hopes its digital internals — with a High-speed Silent Hybrid Power Supply and Load Adaptive Phase Calibration, among other accoutrements — will get the audiophiles salivating.

Around back a pair each of digital coaxial inputs, digital optical inputs and RCA jacks are rounded out by a USB-B slot and a powered phono input. That’s enough to hook in a CD player, turntable, Chromecast Audio and still have a few inputs left over. In terms of power output, the amp tops out at 140W at four ohms and 70W at eight ohms.

Here’s the thing: Technics’ 2015 model (SU-C700) cost over $1,500 and was derided by critics for being overpriced and outclassed by cheaper amps. Let’s hope the follow-up fares better. What’s more, the company hasn’t given any pricing details for any of this gear yet. All of the press materials were rife with highfalutin words about construction materials and their impact on sound quality, though, which should be pretty telling.

Need further proof? Last year’s SL-1200G cost $4,000. None of the kit will likely be affordable for mere mortals — especially not the hip-hop DJs and aficionados who made the brand what it was.

Billy Steele and Richard Lawler contributed to this report.