Samsung Focus is an app for Galaxy owners who work

Samsung is investing heavily in the business market, and it starts with better software. 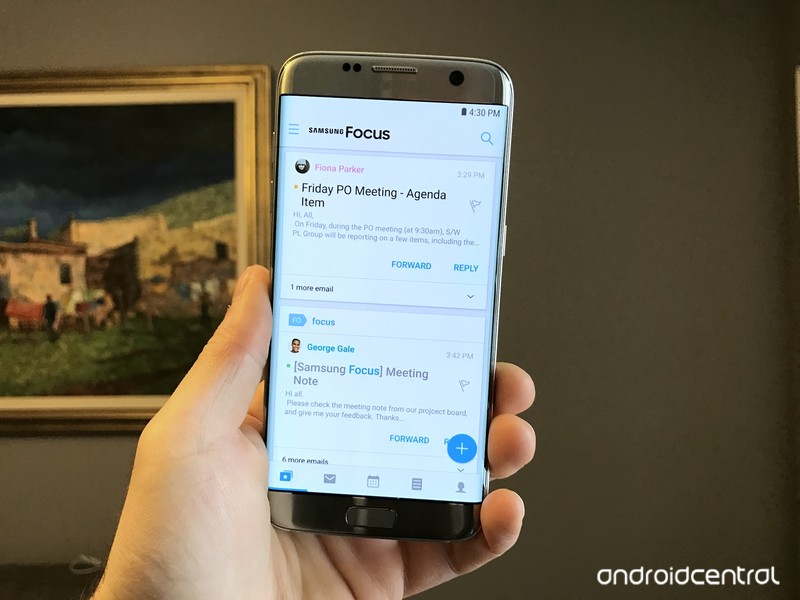 In an effort to bring professionals to other Galaxy devices, Samsung has unveiled a new app for Samsung phones running Marshmallow and Nougat called Samsung Focus. The all-in-one productivity app seeks to be your one-stop-shop for email, calendar, contacts, and more from a single, white UI. It’s a lot like BlackBerry Hub, but limited to IMAP/POP3 email addresses. 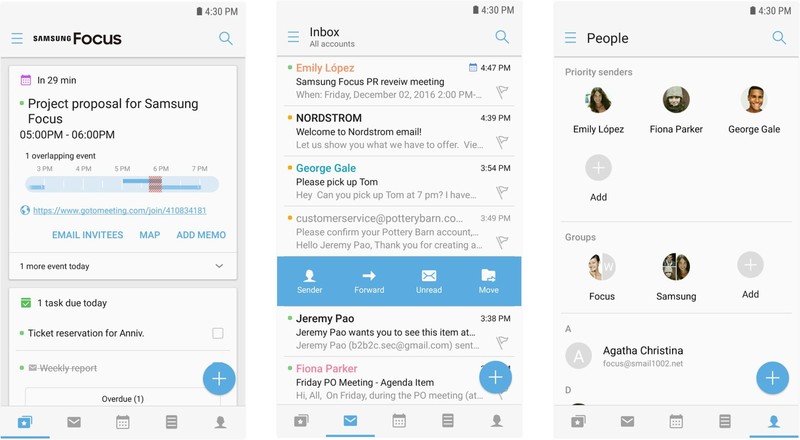 Among the many tabs are tools of prioritizing tasks and boosting efficiency, allowing you to set up alerts for things and people you really care about and cut down on the chaff that makes it to your notifications. Samsung Focus also features shortcuts to help you join or organize conference calls, and the app can be synced with your PC, helping you keep things under control even when you’re not on your phone.

Samsung Focus can scan incoming notifications for user-set keywords in order to help you notice and respond to priority emails more quickly. Just be careful how generic a keyword you set.

Samsung Focus is available on Google Play for Samsung phones running Marshmallow or Nougat, and we wonder if it will come pre-loaded on the Samsung Galaxy S8 this spring.

Do we need another Samsung app pre-loaded on Galaxy phones, or is this one you’d use?