The best lenses for iPhone photography

After more than 16 hours of research during which we considered 70 lens attachments and tested 15 models (with hands-on shooting that included a hiking trip through the Cascade Mountains and sightseeing on a Grand Canyon road trip), we found that Moment’s Tele and Wide mobile-photography lenses are the best for avid smartphone photographers. They offer image quality as good as that of anything we tested, along with a straightforward attachment system that doesn’t lock you into using a case you don’t like (unlike most of the competition).

By adding extra optics directly on top of your phone’s existing camera, lens attachments allow you to appear either closer to your subject or farther away from it without reducing resolution. This mimics the effect you’d get from switching lenses on a DSLR or mirrorless camera. But because you’re putting additional lenses in front of an existing lens, many lens attachments produce photos with noticeable blurriness and color distortion around the edges of the frame. So you still have plenty of good reasons to go with an actual DSLR or mirrorless camera, especially if you plan on printing your photos. But smartphone lens kits are fun to play around with for photographers of all skill levels, and the best among them can produce surprisingly sharp images. 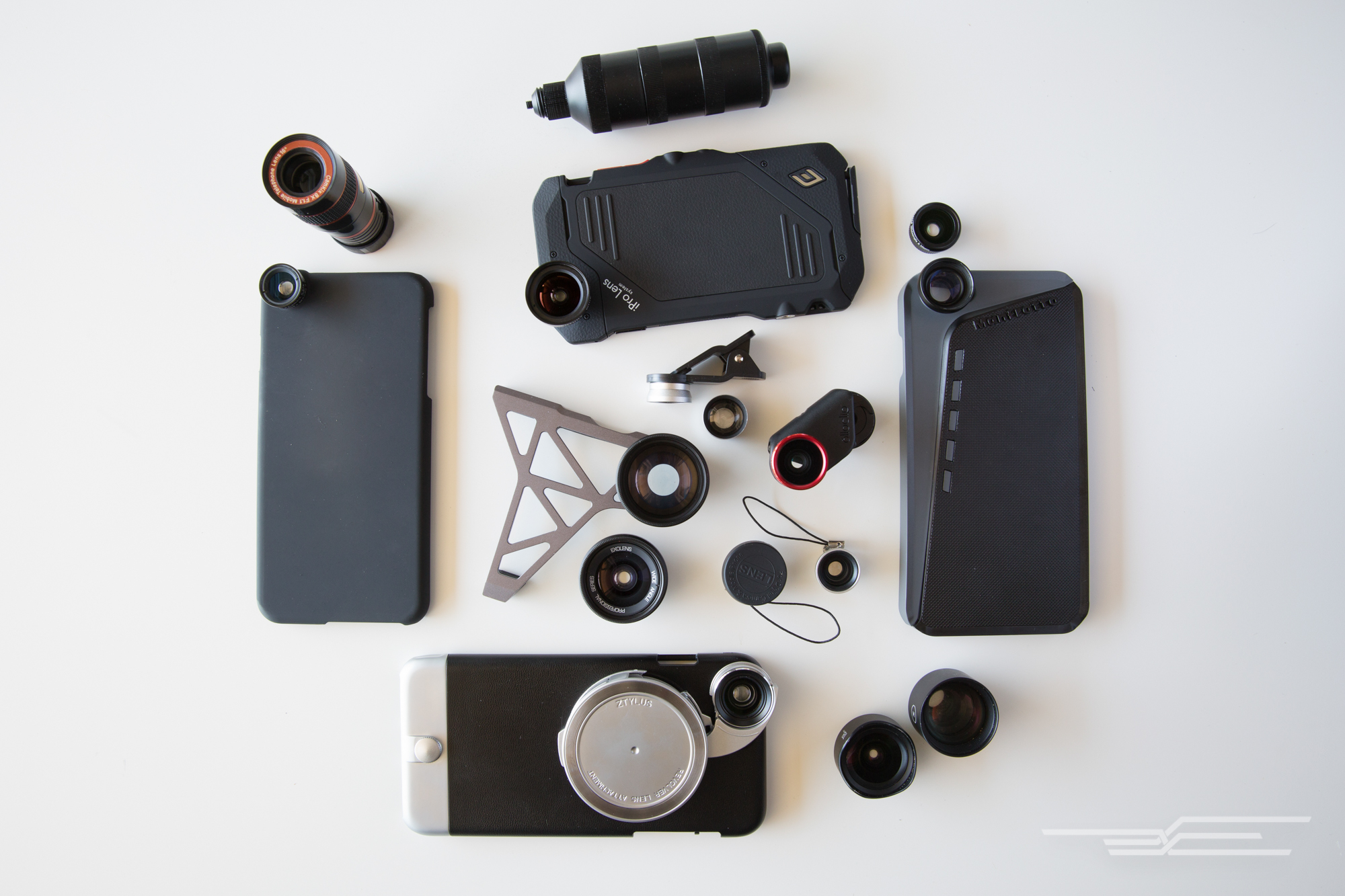 We looked for a mobile-photography lens that would fit the iPhone 6, iPhone 6 Plus, iPhone 7, and iPhone 7 Plus—though not every lens will work with the latter, and we’re keeping our eyes open as more become available that will.

Above all, we wanted a portable, affordable, easy-to-use lens attachment to help produce amazing photos. We focused on finding a good wide-angle option and a good telephoto option, as those are the most commonly available choices and often the most practical applications of iPhone lenses. For more details on how we picked and tested, and a note on lenses for the iPhone 7, see our full guide. 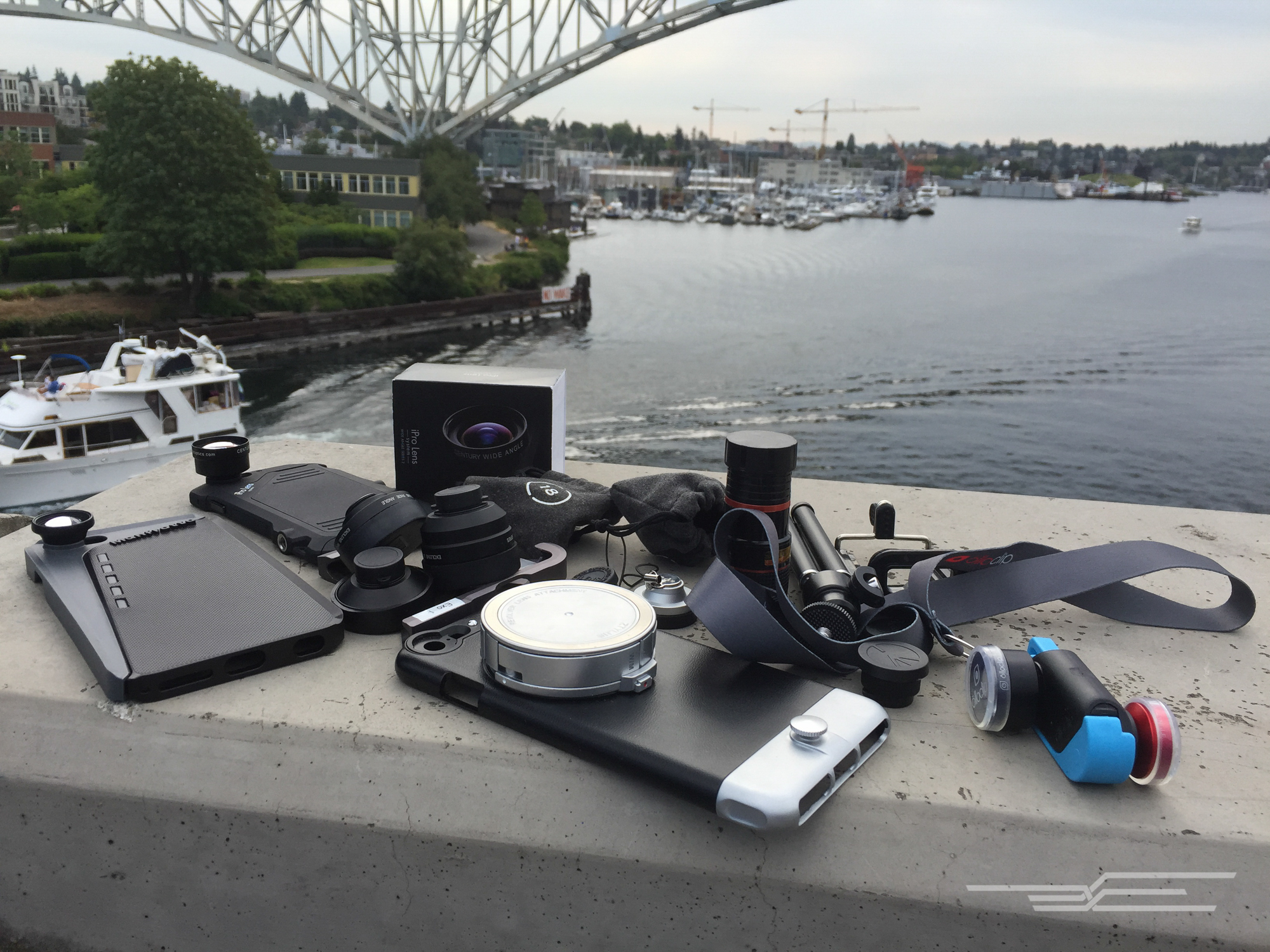 We took each lens out for some real-world testing around Seattle. Photo: Erin Lodi

For this guide, we read up on every recommended smartphone lens attachment we could find on the Internet, including considering what highly respected review sites such as The Phoblographer, CNET, Fstoppers, Cult of Mac, and Macworld had to say. We also asked friends of various levels of smartphone-photography prowess what they would want out of such an attachment.

Since 2015, we’ve conducted hands-on testing with 15 iPhone lens models. We toted these lenses around Seattle, testing them in some everyday shooting situations. We filled our backpack with them and put them to work while hiking in the Cascade Mountains. And we brought them along on an epic summer road trip to see the Grand Canyon. 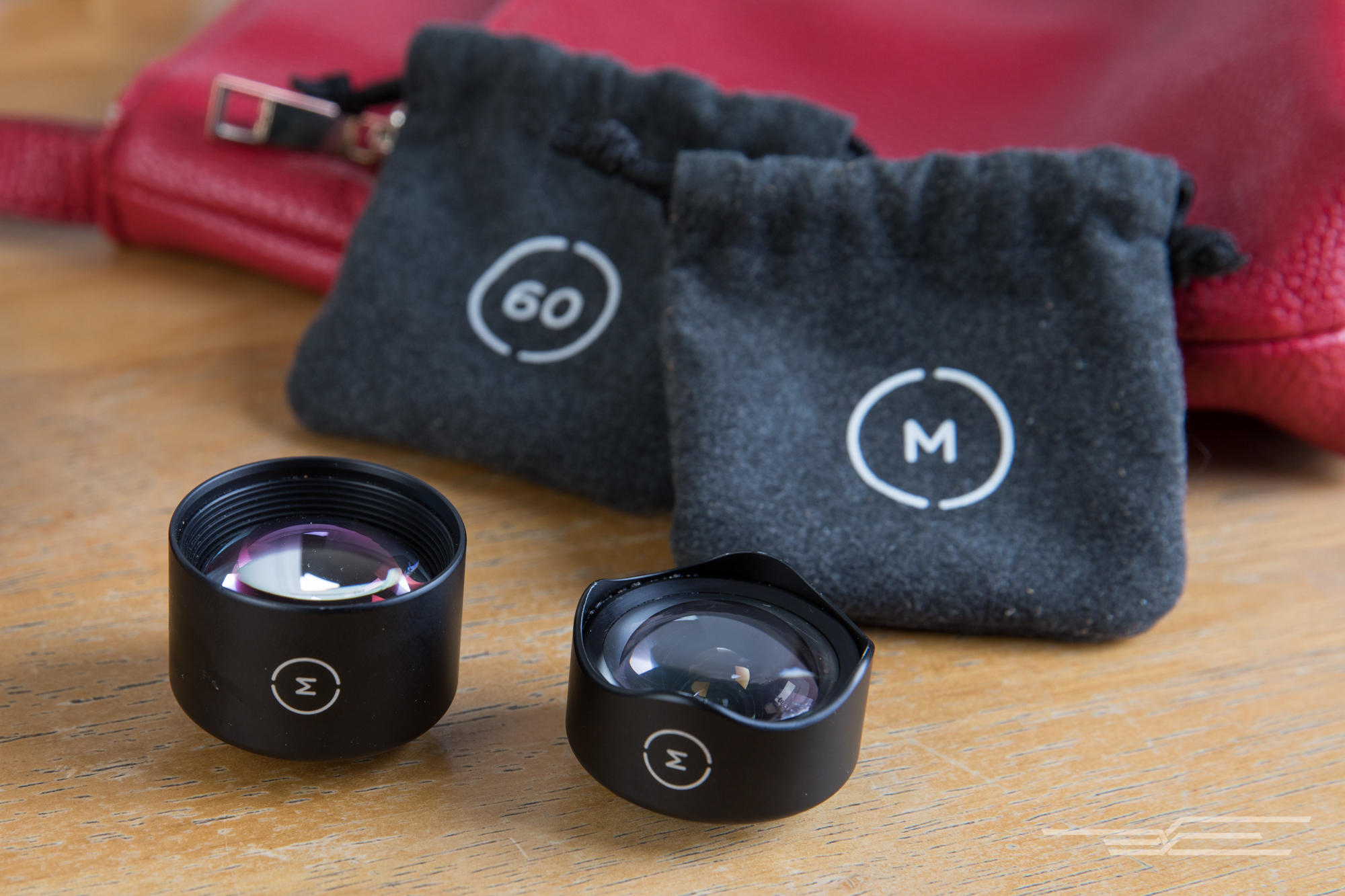 Moment’s Tele and Wide lenses stood above the competition thanks to their impressive image quality, their simple attachment method (which works with many third-party iPhone cases), and their ease of use and portability. We tested both the .63x-magnification wide-angle lens (about 1.5 times as wide as the standard iPhone lens, an 18mm equivalent) and the 2x telephoto lens (60mm equivalent). If you have an iPhone 7 Plus, you won’t need the tele option, because your phone already has a similar built-in lens, but the Wide is still a great option.

A bayonet-style mount on a metal plate that adheres to your phone allows you to attach your Moment lenses with just a quick turn. Photo: Erin Lodi

In our tests, images came out crisp and clear, with very little distortion and no vignetting. We noted only minimal chromatic aberration (a common problem with cheaply made lenses in which colors fringe and blur, especially at high-contrast edges). 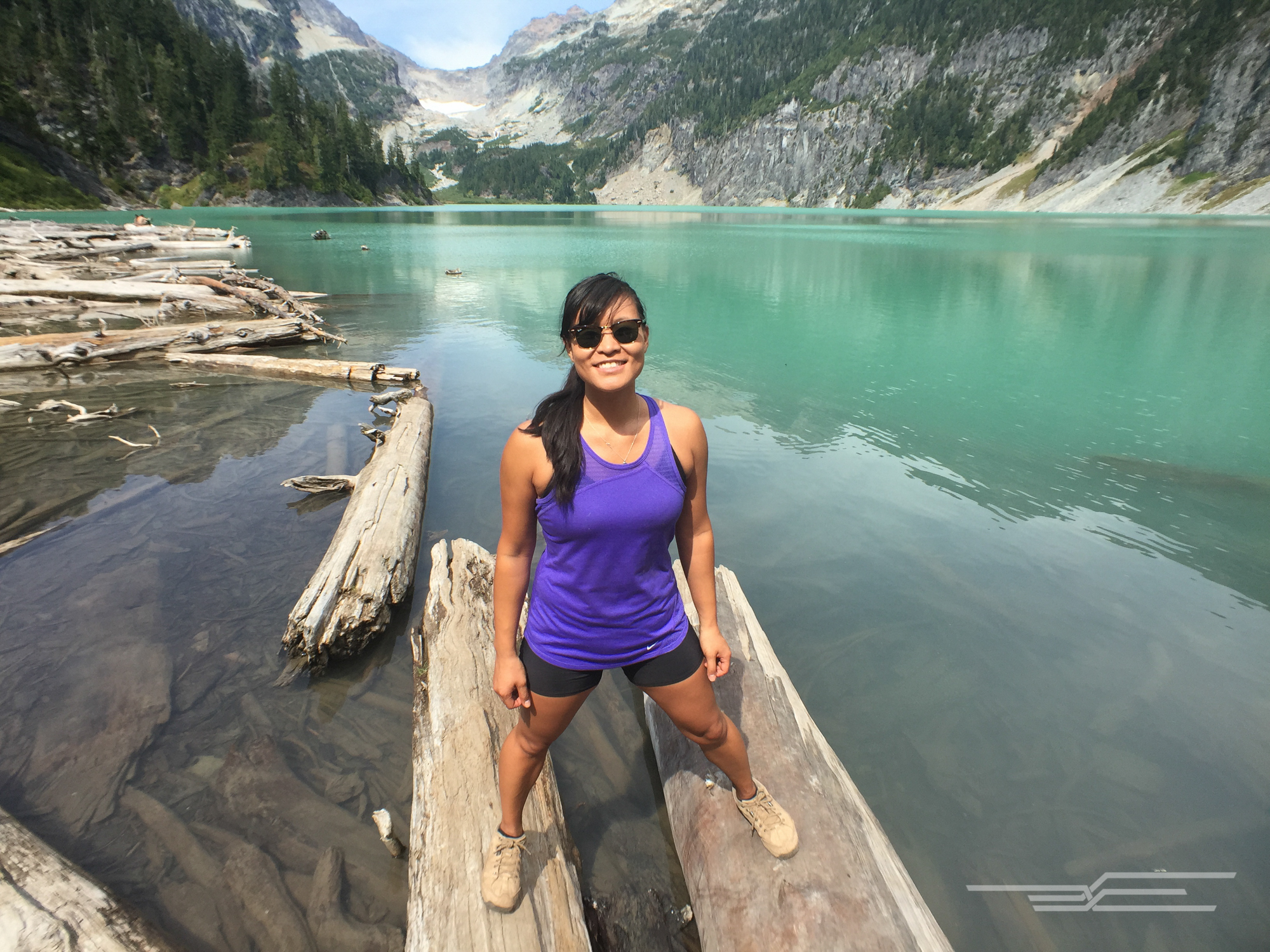 The Moment 0.63x lens is about half again as wide as an iPhone’s standard lens. Photo: Erin Lodi

Moment lenses attach to your phone via a stainless steel mounting plate that sticks to the back of your iPhone using a strong but not permanent 3M adhesive. A bayonet mounting system on the plate lets you twist the lens on. The mounting ring is small enough that you can use it through the camera opening on many slim phone cases, including our pick for the iPhone 6 and iPhone 6 Plus, the Incipio NGP, which means your favorite method of iPhone protection should work with Moment lenses. If you’re careful, the lens attachment will remain mounted until you unscrew it. But we recommend removing the lens from the mount before stowing your handset in a bag or backpack to avoid having it dislodge, and to prevent any uncovered lens surfaces from attracting dust or smudges. 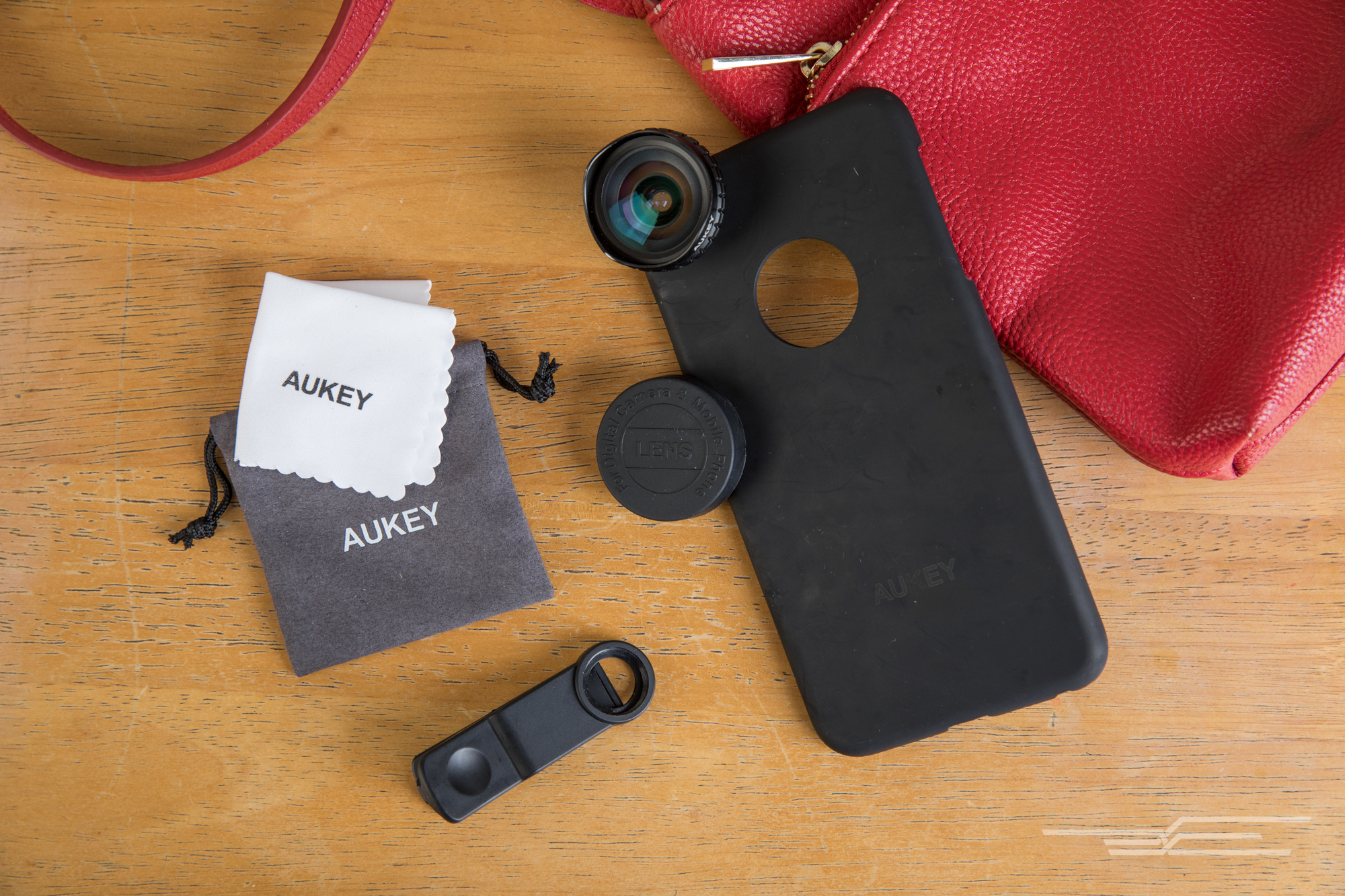 The Aukey lens-and-case set offers great quality for its current price of $15, but it doesn’t hold up next to our main pick. Photo: Erin Lodi

If you’re not willing to spend almost $100 on a smartphone accessory, or if you just don’t think you’d use a high-quality lens attachment often enough to justify such a cost, the Aukey PL-WD03 110° Wide Angle Lens & Case Set is a bargain entry-level lens-and-case combo for the iPhone 6/6s and iPhone 6/6s Plus. (The company has no plans for an iPhone 7 case, but this model does come with a clip mount that isn’t as secure but works on any phone.) The set’s slim black case snaps over your phone and allows you to screw on a lens attachment. The image quality was noticeably worse when we compared it closely with that of the Moment lenses, but compared with other low-cost lenses we tested, the Aukey delivered better-quality images with less distortion or vignetting.