My mother likes to post old scanned photos of me on Facebook. Baby me in a clown costume. Toddler me looking grumpy, having just woken up from a nap. My brother and me looking like tiny British royals on Easter Sunday. These photos are embarrassing but not necessarily for obvious reasons. I don’t mind people knowing I was a child. What I do mind is that the scans aren’t good: Many are crooked, badly cropped or discolored. They don’t look nice, and with at least 25 years of my life captured on film, neither my mother nor I have the time to scan the entire collection, let alone fix each picture to make it presentable for public consumption. That is, until we got our hands on Epson’s $650 FastFoto FF-640, which can scan one photo per second. Spoiler alert: We were done with my mom’s archive in under three hours.

I had the scanner sent directly to my parents’ house so I wouldn’t have to lug it over myself, but I needn’t have worried: The FastFoto is relatively tiny. It’s a little under 12 inches wide and weighs 8.8 pounds; I could have fit it in my backpack and still had room to spare. We planted it on the dining table right next to my mom’s laptop and a massive pile of old prints. We hoped to have that table clear by dinner.

Setup wasn’t hard, but it was also the most unappealing part of the process. Besides the usual tangle of cables, getting the scanner running involves downloading the software, which is … not pretty. It looks like any other piece of printer or scanner software you’ve ever encountered — that is, it’s straight out of 2002. But it does the job and isn’t hard to use. 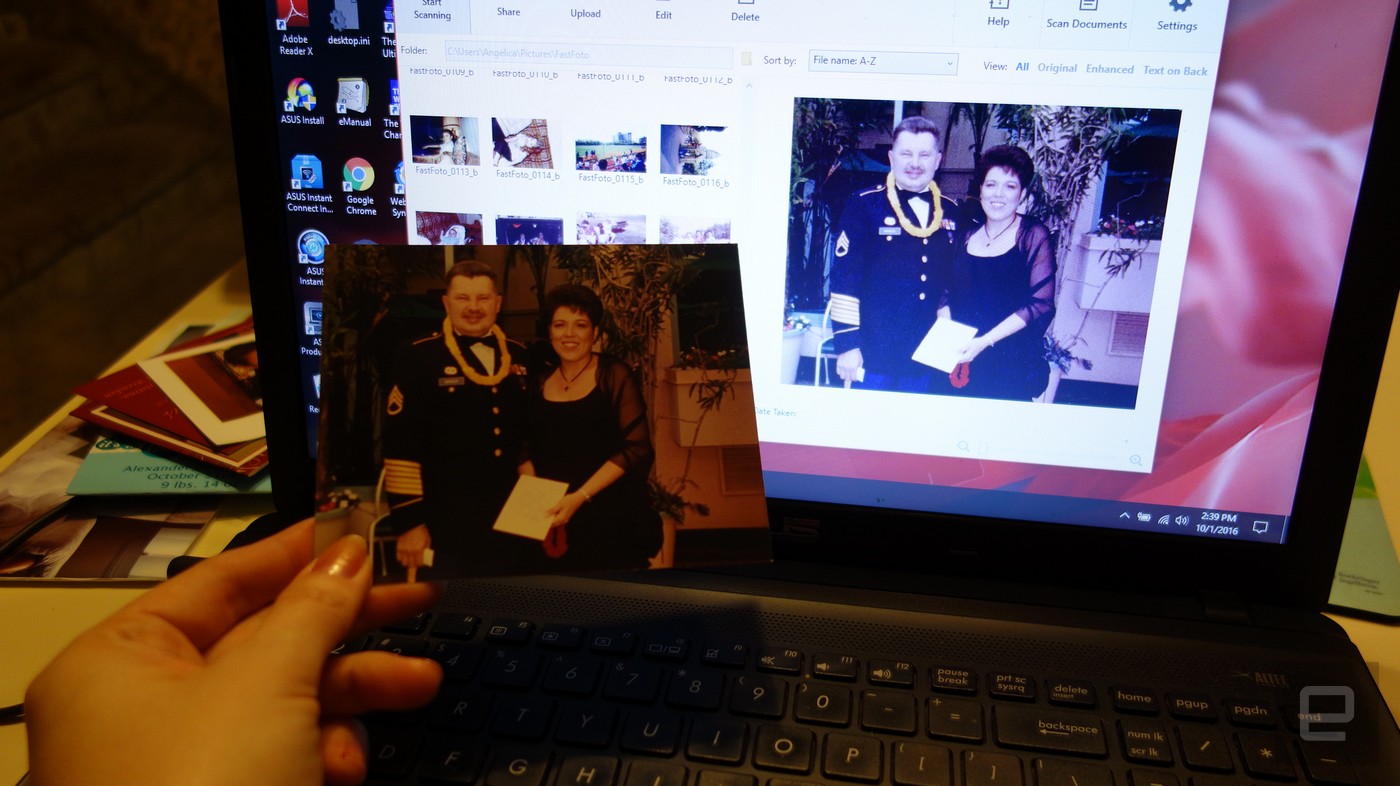 Once we got it connected, we were off to the races. My mother keeps most of her photos in a small filing cabinet, so it was easy enough to take a stack of pictures and drop them into the feeder tray. The scanner can take about 30 photos; it’s not an exact number, and in fact I occasionally slipped in a few extra photos to see what would happen. (When I tried for 40, the scanner refused to finish the batch.) It’s also best to sort them by size, as mixing photo sizes can lead to the FastFoto missing smaller pics or stopping the batch outright.

The FF-640 is true to its claim of one photo per second. I’d start a scan and the machine would be done before my mother finished putting together the next pile. It takes longer for the computer to process the images; the software will straighten out crooked photos and, if you choose, fix common issues like red-eye and discoloration automatically. 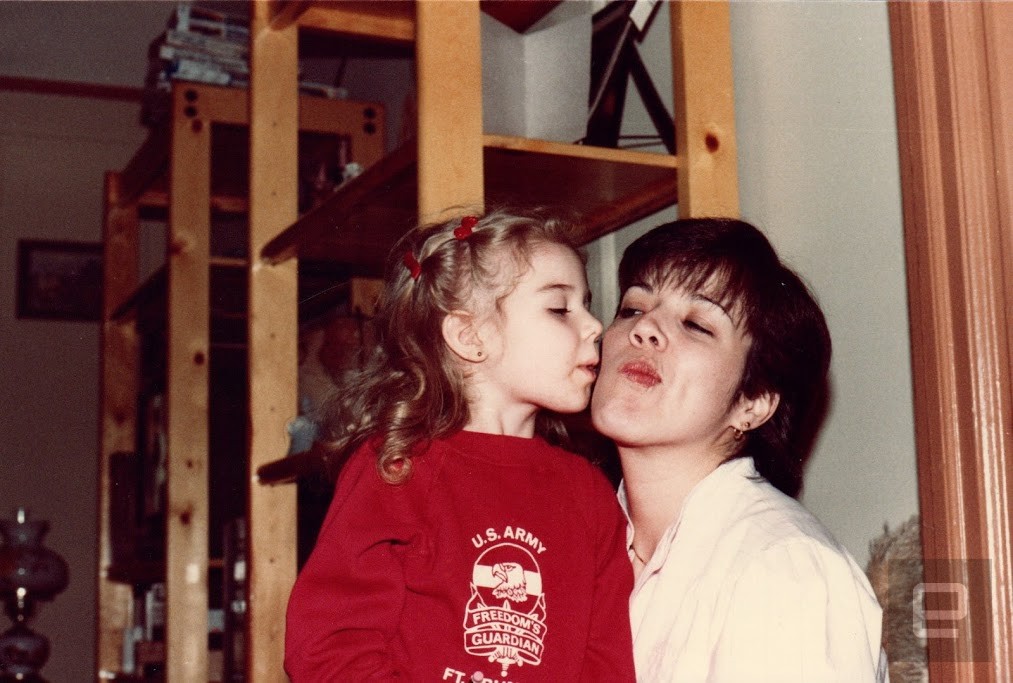 Of course, as we discovered, this only works if you insert the pictures correctly. The FastFoto is a double-sided scanner, so I thought it didn’t matter what side you put the pictures in, as it always scans both sides. The idea behind this feature is that scanning the back will archive any metadata that might be printed there, such as photo lab stamps or handwritten notes. It stores that alongside the actual photo, appending the labels “A” and “B” to the file names. Epson’s promotional materials for the scanner always showed images facing upward, so that’s how I dropped in my stacks of photos.

There was no discernible difference in quality between the front and back scans. But what we discovered after diving into the folders where the images were being stored is that the software will always designate the side facing downward as “A,” and that’s where the machine works its autocorrect magic. The end result: We now had vivid scans of dates and handwriting while all the actual pictures were as red and brown as before. A few were upside down. Luckily we hadn’t scanned too many photos at that point.

No, wait, because this thing goes through photos so quickly we had already scanned hundreds of pictures. Oops.

Still, it wasn’t a big deal, because the scans were rather good and the “corrected” images … were hit and miss. Many were still discolored; a few were somehow worse. Basically, the software is no match for good Photoshop skills. So if you were hoping for thousands of print-quality images right out of the box (so to speak), you’ll be disappointed. It’s unlikely you were going to print that many images anyway. If you were planning to throw stuff up on Facebook, you’re probably fine, and you can share straight from the program — though my mother and I opted not to upload the thousands of scans we made yet, because we’re not monsters who overload people’s feeds. (We did choose to have it back up everything to Google Photos, however.) 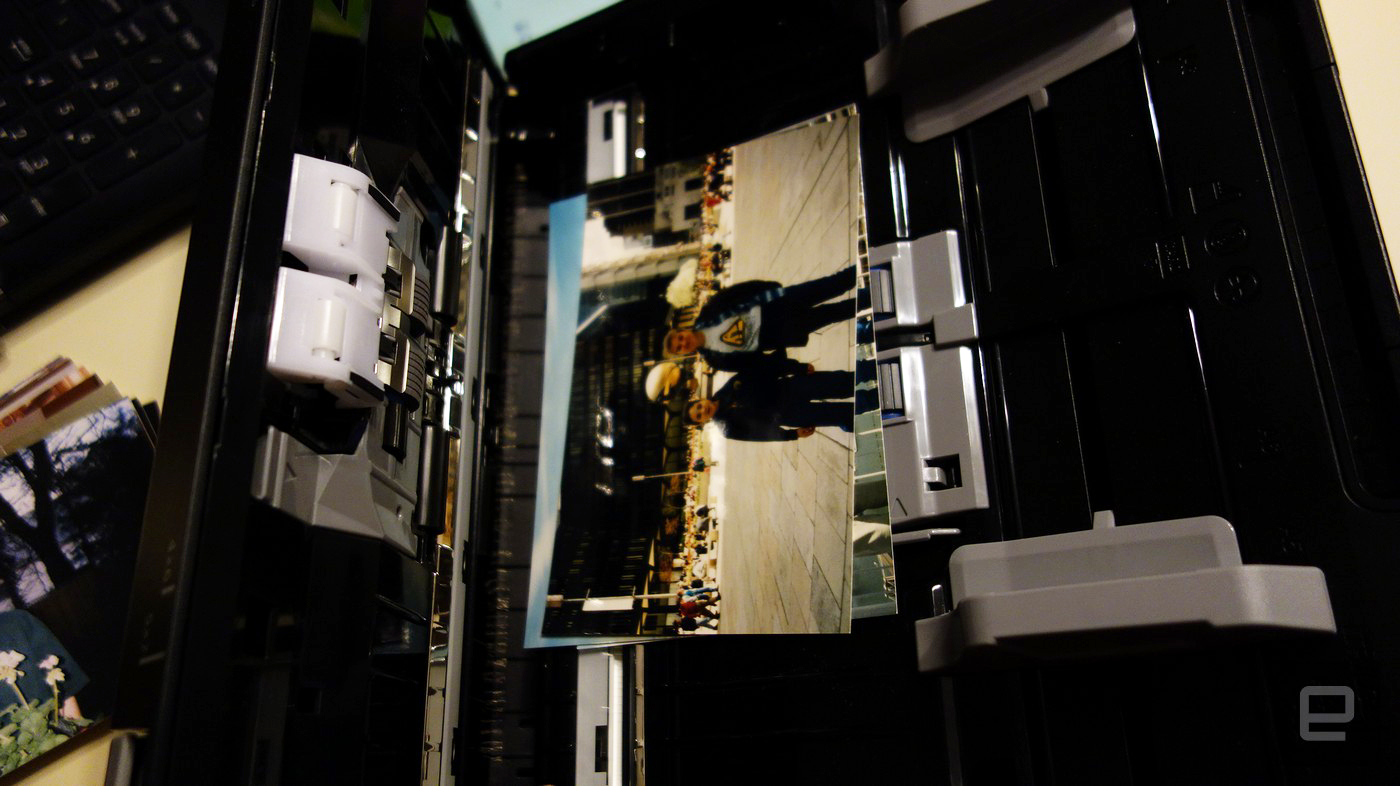 Most of the photos in my mother’s collection were pretty standard 4-x-6 snapshots, but there was a hodgepodge of sizes and textures to worry about, all with unique challenges. Matte photos fared the best while glossy prints had a tendency to stick to one another, requiring me to open up the machine and pull them apart. This is easy to do: The FF-640 is designed to split open so you can remove trapped documents or clean the rollers inside.

Polaroids presented a problem until I fiddled with the settings on the scanner itself. (My mother later found they worked best in a small stack.) But the biggest surprise came from an old photo booth picture of my great-aunt, which was either developed with silver nitrate or a close relative thereof. Its cardboard frame carried a date of 1945. I was feeling pretty confident about the FastFoto at this point, so I took the photo out of the frame and dropped it in the scanner. It went through smoothly, with no damage to the picture (whew). I opened the file, and it was perfect. The scan even smoothed out an errant fingerprint on the original document. 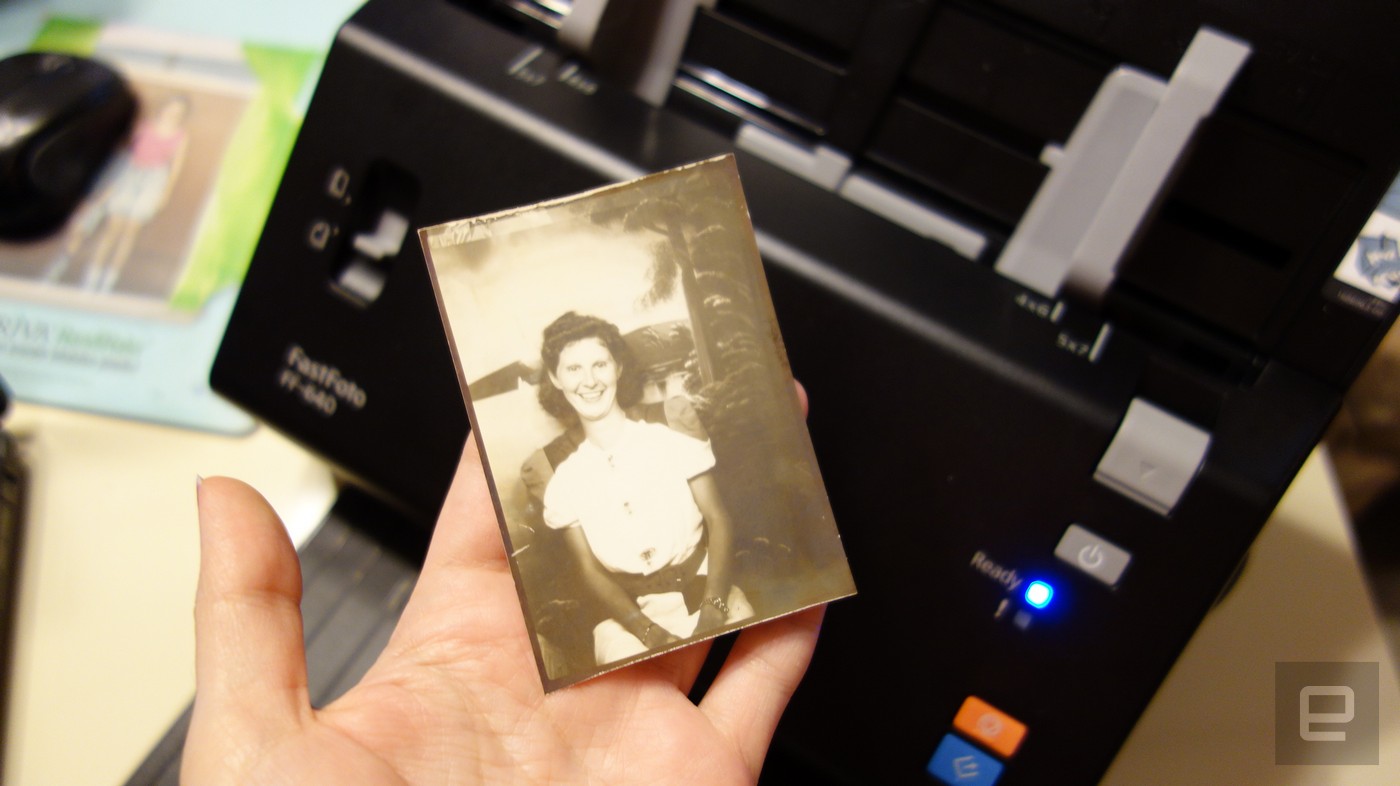 But given the FastFoto’s blistering speeds, I wouldn’t recommend putting fragile photos in it by themselves. Epson actually provides a special transparent sleeve for such documents, but in practice I found it kind of hit or miss too. Sometimes I would get a clean image, but occasionally a ripple from the plastic made its way into the file. These might be best left to a flatbed scanner, which the FF-640 is not. 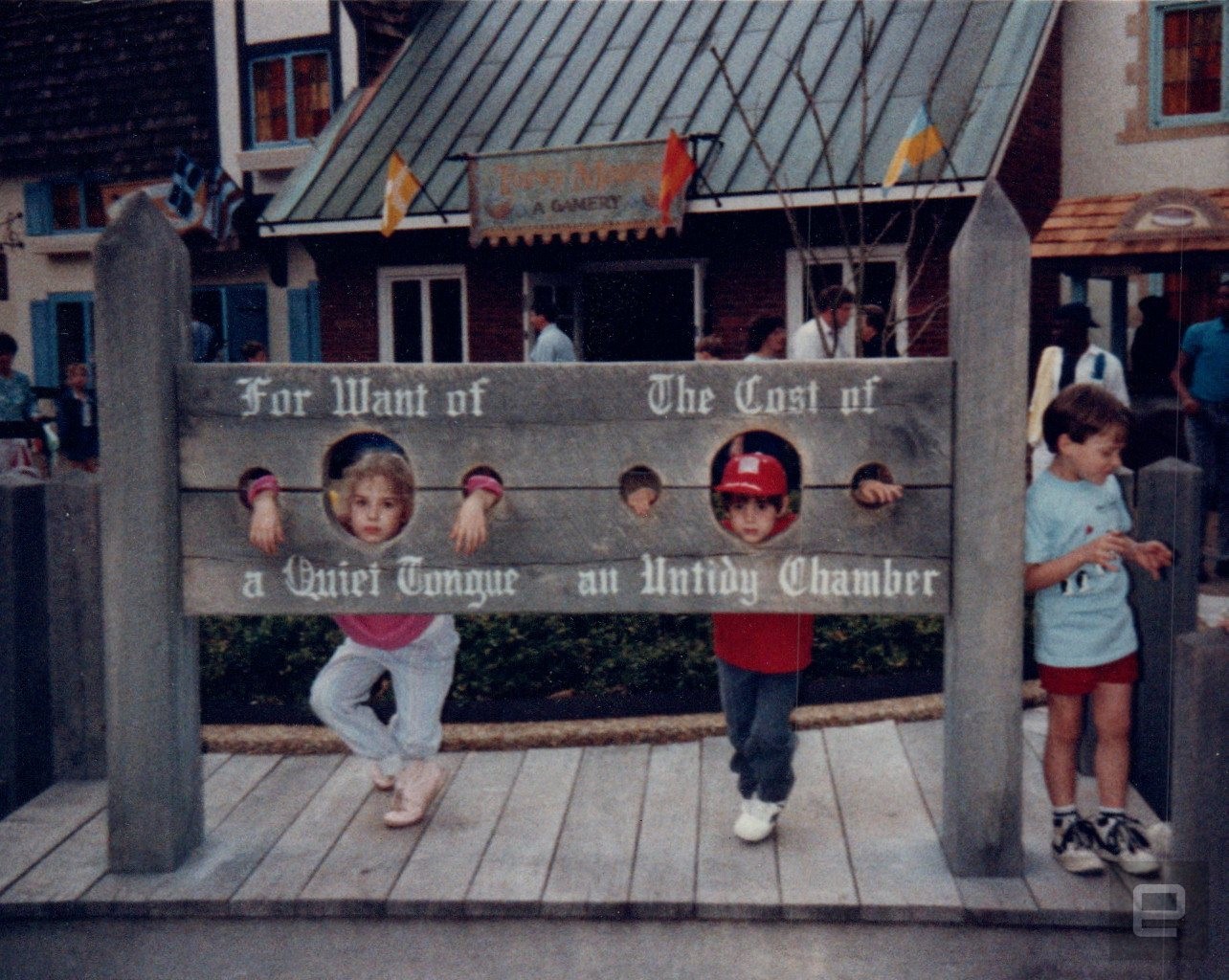 It wasn’t long before we had cleared out most of my mother’s little filing cabinet, several manila envelopes and other assorted ephemera from not only my childhood but also my mother’s own youth and that of her seven siblings. At this point I decided to bow out and leave my mother to it, confident that the FF-640 was simple enough for her to use on her own. She wrapped up not long after I left, which I could have guessed from all the pictures she’s been posting on Facebook. Where she used to repost the same shots over and over, she now has enough original material for #TBT to ensure I’ll be blushing at old photos of myself for the next decade.

Read more from Reviews
News, Reviews
← Cyanogen’s services and nightly builds are shutting down next week
In 2016, emoji kept it 💯 →