Taiwan to get first dibs on ASUS’ Zenbo home robot

At Computex, ASUS captured the hearts of many with its cute home robot, Zenbo, with Chairman Jonney Shih hinting at a retail launch before end of this year. Well, he’s not too far off in the end. At today’s local launch event, the company announced that its Intel-powered bot will be up for grabs in Taiwan on January 1st, albeit in a limited quantity for the first batch. Price-wise it starts from NT$19,900 or about US$620 — just a tad more than the intended $599 price point — for the 32GB standard package, and then there’s a 128GB model plus self-charging dock for NT$24,900 or about US$780.

But the biggest news today is perhaps ASUS’ collaboration with Taiwan’s National Police Agency, in order to enable emergency video calls with the police via Zenbo. Details are vague at the moment, but we did see a live demo in which a demonstrator pinged the actual call center (which is probably why they only did the demo once). When this feature eventually rolls out, my guess is that this will require a special voice command or gesture for toggling, and maybe the police can even take over Zenbo’s control to better assess the situation. 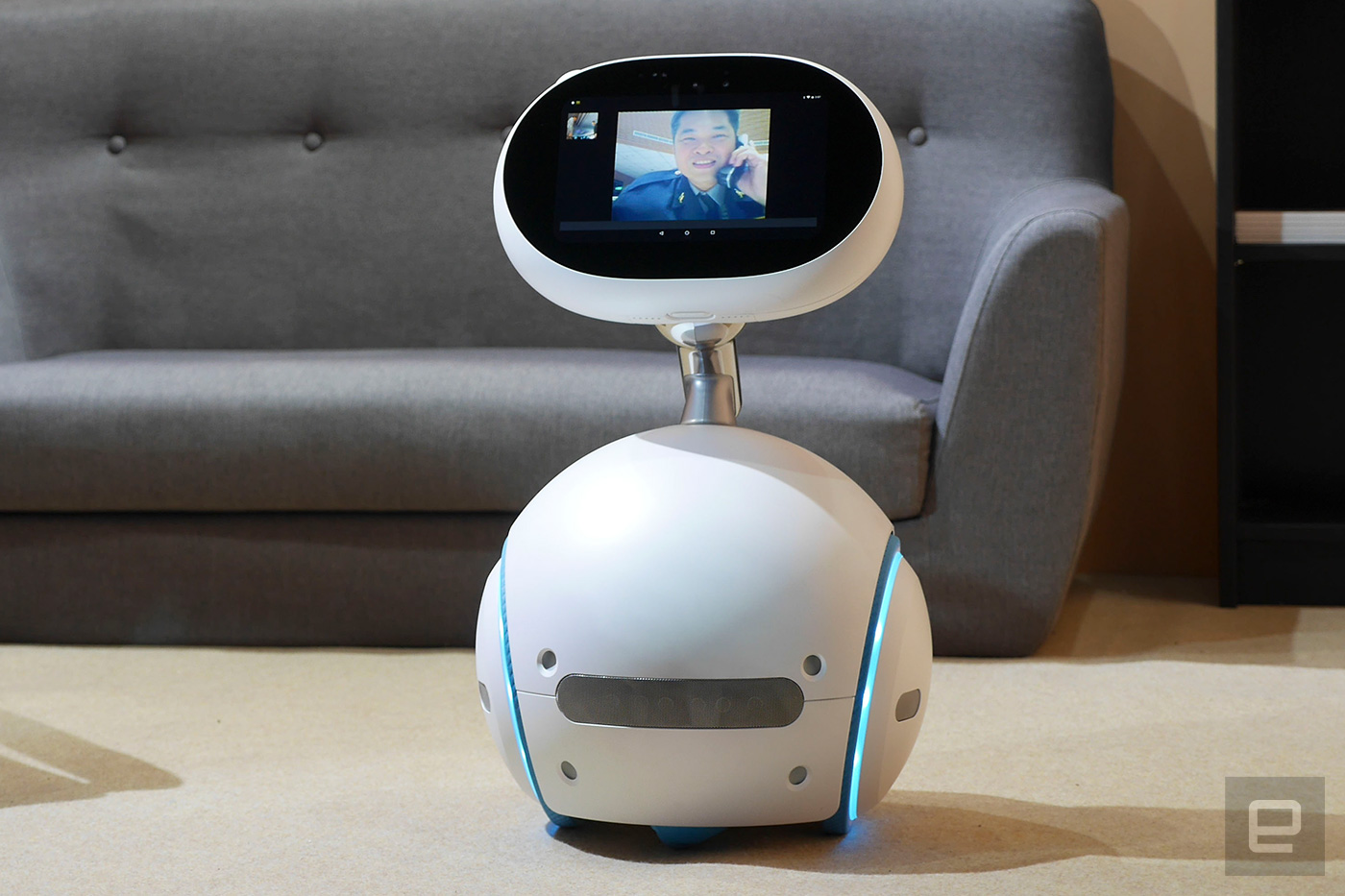 Other additions made to the Zenbo’s voice-controlled feature list mainly surround local services, including food delivery, taxi or van booking, online shopping, banking, medicine prescription, music streaming, house cleaning, gaming and more, but we’ll have to wait and see how far voice commands will take us for these.

With kid companionship being one of the big selling points, Shih also unveiled a simple Blockly-based programming suite that will let children as young as five years old use basic logic to automate a Zenbo’s movements. As for the even younger kids, they’ll also be entertained by simple games and story-telling, which now include an optional subscription featuring Shimajiro the Tiger (aka Eric in Taiwan) — the 32GB model comes with a one-month free subscription with 19 stories, whereas the 128GB model offers an extra month.

As for the basic set of features, Zenbo is able to control your TV plus stream content to it, be remote-controlled to roam around home for surveillance purposes, human fall-detection alert via a ZenWatch 3, and offer remote screen assistance to help those who aren’t as tech savvy. All of these go on top of the Zenbo’s collision and drop avoidance capabilities thanks to the sensors dotted around its body, as well as its depth camera in its head for facial and object recognition. 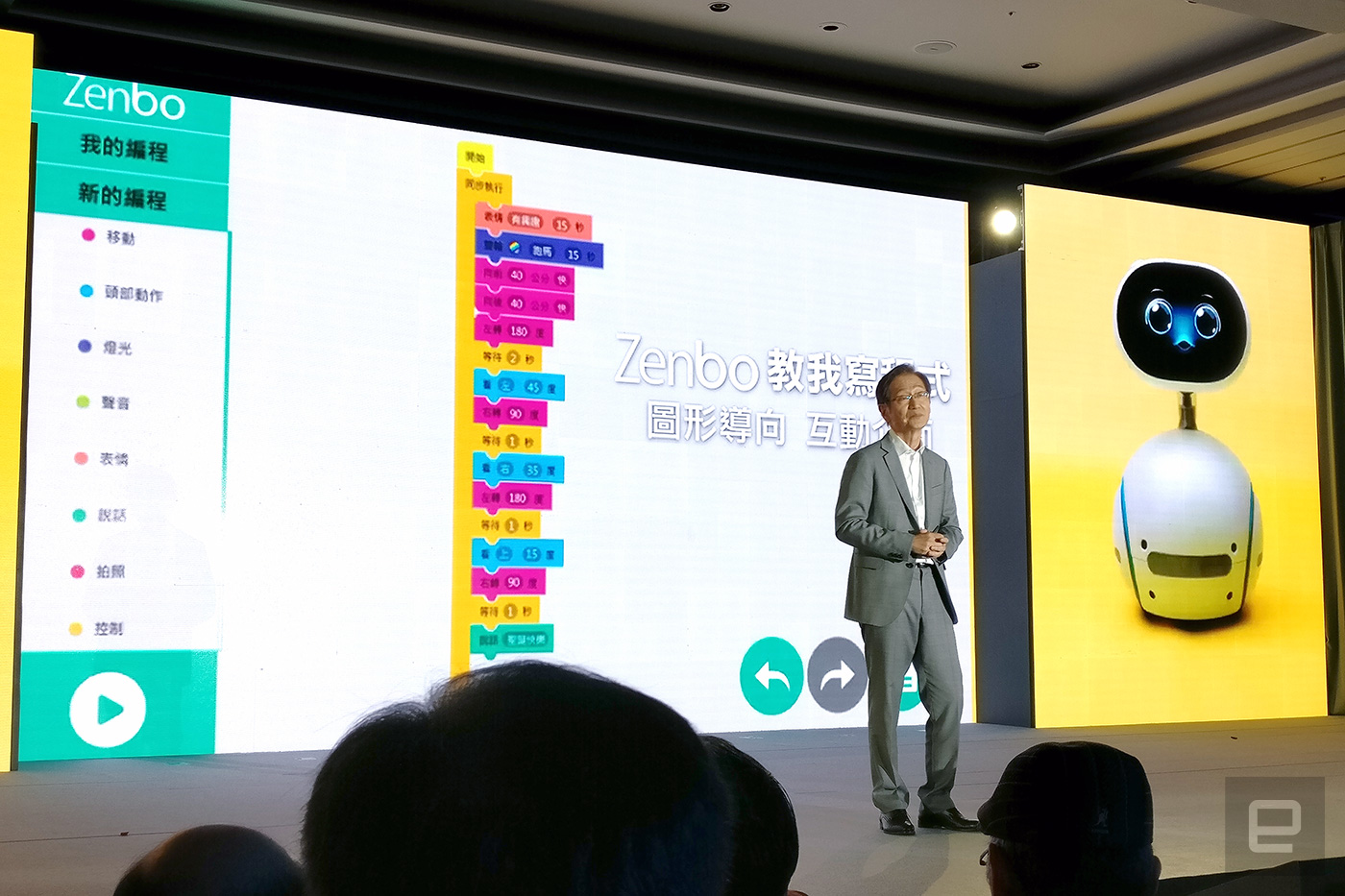 For those living outside of Taiwan, it’ll likely be a while before Zenbo makes its way to other markets, which is just as well since such a product will only learn quicker as its user base grows. Besides, it’s much more useful when local services plus speech recognition are properly tuned in each market, so it’ll be worth the wait. But of course, you can always fly over to Taiwan to pick up a Zenbo — just make sure you have an extra plane ticket for the little guy.