Android 7.0 Nougat has come to the Moto Z in Canada. Our own device received the update early this morning, and we’re getting similar reports from a few people around the internet. 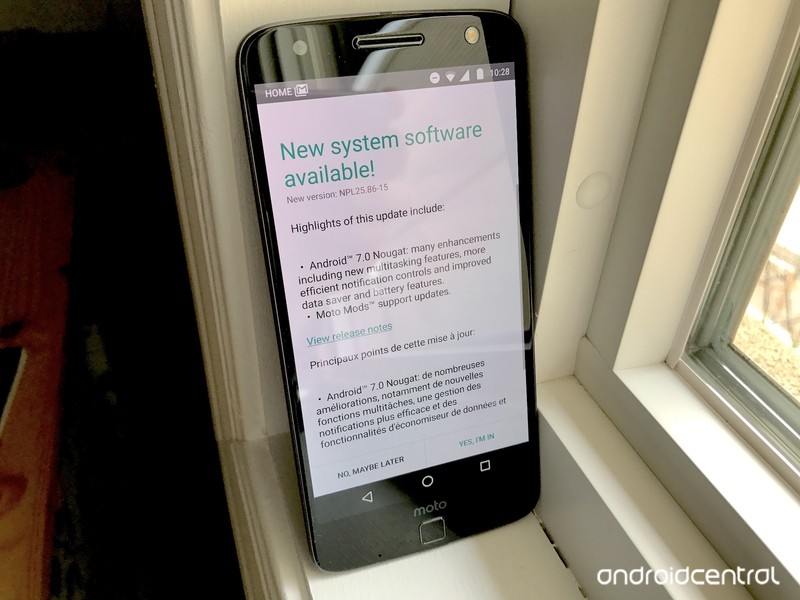 There’s also Daydream support, which makes the Moto Z the first device outside of Google’s own Pixels to support the burgeoning VR platform.

Our own Russell Holly, when evaluating the Nougat update on the Verizon Moto Z, called it “life by a thousand improvements.”

Nougat the phone absolutely screams. It’s as though every ounce of performance has been squeezed out of the Snapdragon 820 underneath this glass. Some of that is Nougat optimizations and what happens when you fully wipe a phone before installing a major system update, but everything from checking notifications to launching apps is not only faster but noticeably smoother. Nougat’s number one feature is polish, and that is plainly evident on the Moto Z.

Read more from News
News
← With the $50 Barnes & Noble Nook 7 Tablet, you get what you pay for
stayZen is a zen-style game that may actually calm you (review) →