eHarmony is trying to play catch up with Tinder

These days, the term “dating app” is pretty much synonymous with Tinder. eHarmony wants to remind everyone that it’s still around, though, and it’s willing to make big changes to get with the times. Starting in January, the dating service is getting rid of its lengthy questionnaire that asks you 150 or so multiple choice questions to get your matches. You can still take the personality survey, but it’s no longer a compulsory part of signing up. Now, you only need a few minutes to set up a new profile and answer some basic questions about yourself.

The company’s new CEO Grant Langston admitted to TechCrunch that the service needs a refresh to be able to cater to a new era of singles looking for dates. “Science tells us that our product works, and we don’t want to change that,” he said. “But the way we deliver it feels a bit dusty to me.”

In addition to the new onboarding process, you’ll now be able to see the top three attributes that make you and a match compatible in a new feature called “The Two of You Together.” Plus, the platform now has the ability to send texts to other users in real time. These features will also be available on eHarmony’s iOS and Android app, though you’ll have to wait till February next year to find the one — or your next ex — on mobile. 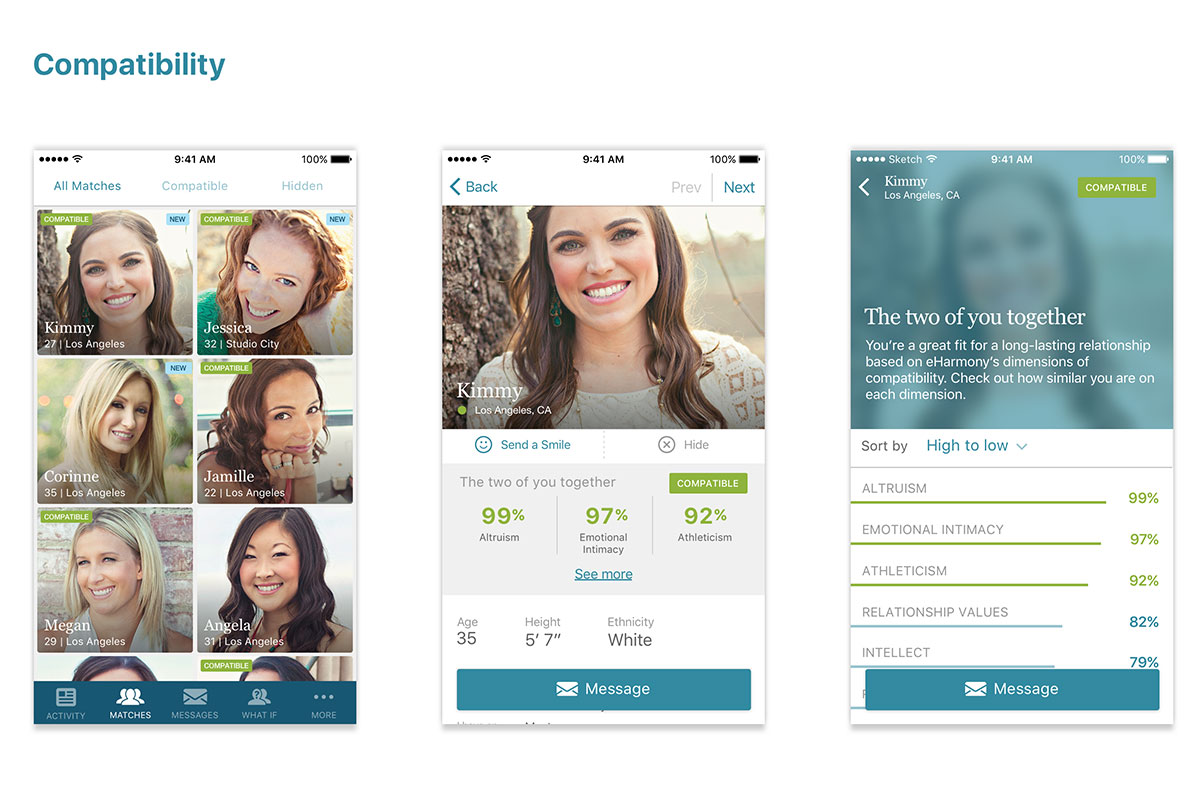