Scientists already knew via remote observations that Ceres, the dwarf planet (or humongous asteroid if you prefer), has plenty of water in it. The Dawn probe has now revealed that the asteroid is composed of as much as 30 percent water at the poles, explaining its ice volcano and weird bright spots. “It’s just oozing,” Planetary Science Institute’s Thomas Prettyman told Nature, adding that you’d “just swipe and find the ice table” at Ceres’ northern pole.

After entering an orbit around 240 miles above Ceres, Dawn pointed its Gamma Ray and Neutrino Detector (GRaND) instrument at the surface. It was able to glean the water mass by measuring the decay of gamma-rays and neutrons within a few dozen yards of its surface. That gave the team the amount of hydrogen near the surface, from which they deduced the amount of water, present either as ice or locked inside surface minerals. 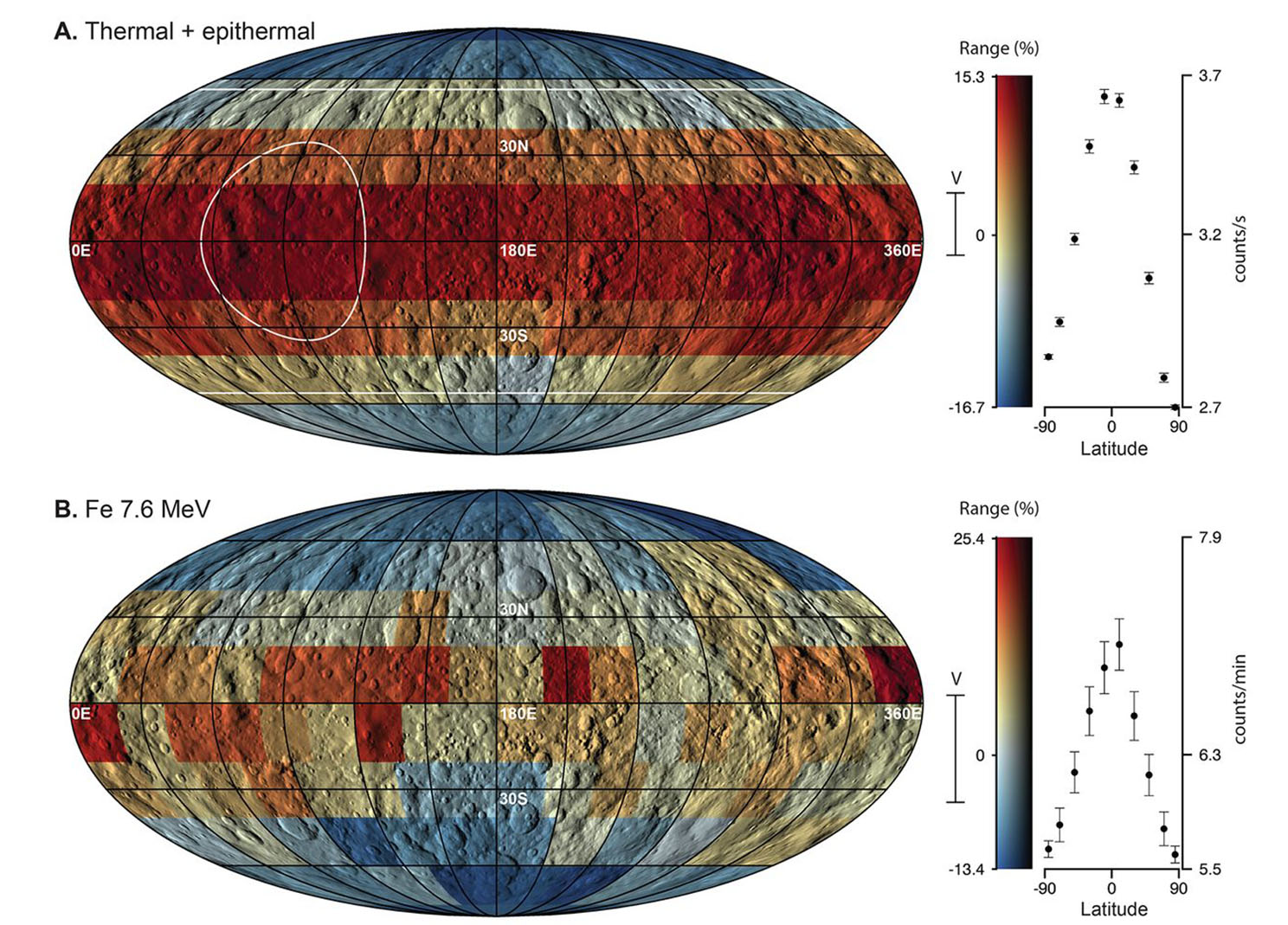 Overall, Ceres could be 17 to 30 percent water by weight, which is a lot, as the quasi-planet weighs around 1 quintillion (a million trillion, or 1 x 10^18) tons. That makes around 0.2-0.3 quintillion tons of water at the high end of the scale, which is not a lot less than the Earth, relatively speaking. Our planet has about 15 quintillion tons of ocean water, but is over 10 times larger in diameter than Ceres.

Scientists have theorized that liquid water once flowed inside Ceres during the early years of our solar system. Once it got colder, surface ice sublimated (passed straight from a solid to a gas) at the equators of Ceres, either dissipating into space or forming a very thin atmosphere. However, in the colder, high-latitude areas, “water can survive within a meter of the surface over Ceres’ 4.5 billion year lifetime,” according to the paper. As we’ve seen with ice volcanoes, it’s still playing havoc beneath its surface.