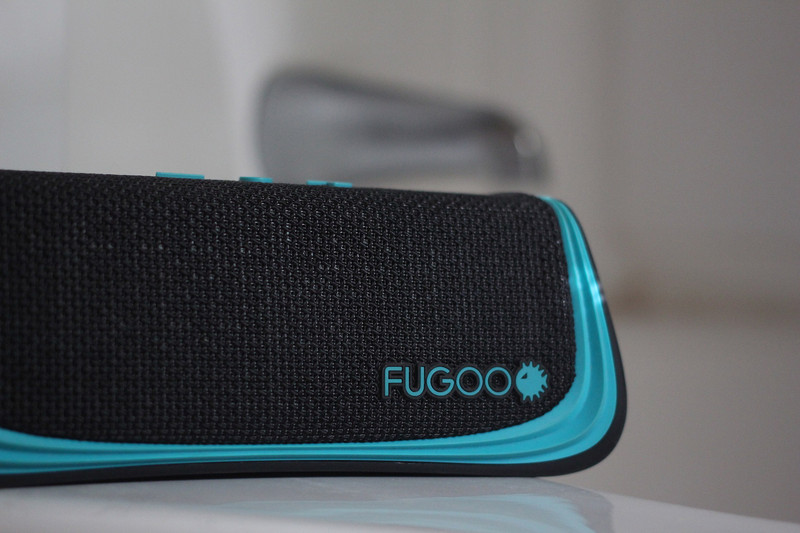 Sing along with your favorite tunes in the shower with these great speakers.

If you’re sick of belting out your favorite tunes in the shower a cappella you may want to consider getting a speaker to use in the shower.

We’ve compiled a list of the best shower speakers you can find to help you sing like nobody’s listening.

This tadpole-looking device was conceived by the folks at Polk Audio to be as versatile as possible. The tail-end of the speaker is bendable, making it easy to wrap around shower curtain rods or even your shower head pipe, meaning there is always a convenient place to put it.

The Swimmer’s waterproof rating is even greater than it needs to be for use in the shower. It can be submerged in up to 3 feet of water for half an hour without suffering any damage, meaning it can even fall into the tub when you’re taking a bath.

The sound quality is not bad; although, there is very little bass, which isn’t a surprise when you’re talking about something this small.

The Photive Hydra is perfect for people that want a shower speaker and are more concerned about sound quality than convenience. Sporting a passive subwoofer and two 40mm drivers, the Hydra delivers a fuller sounding low-end, while still providing pleasing, clear treble.

Its IP66 rating won’t allow the speaker to be submerged, but it can handle water jets and splashing just fine, making it more than durable enough to withstand your daily shower.

The Hydra is a little bulkier and bigger than most of the other speakers on the list, but it’s still compact enough to fit on the edge of your tub or on your shower caddy. 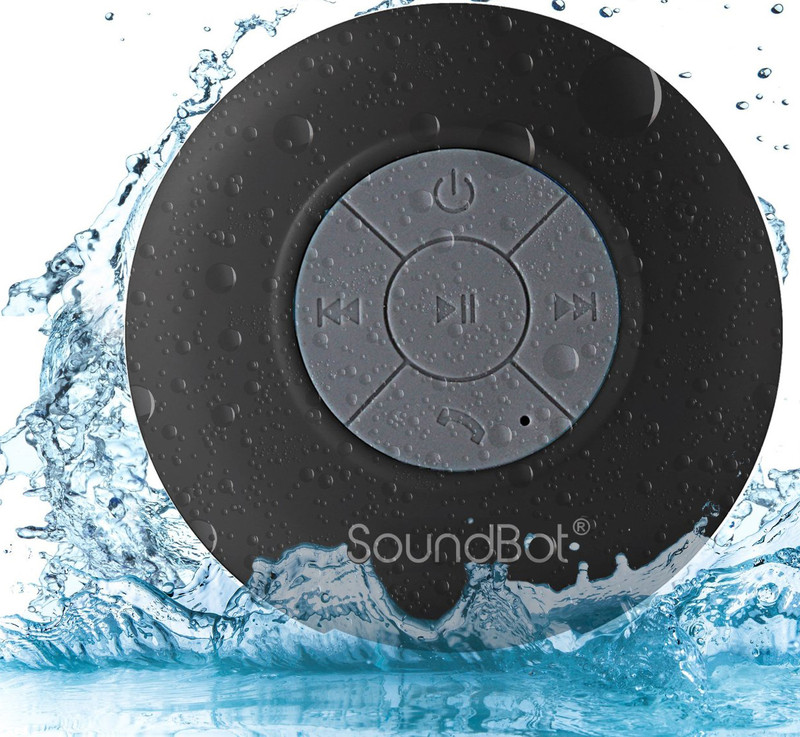 The SoundBot SB510 is perfect for people who want an easier way to control their music while they are listening in the shower.

The simple interface on the front of SoundBot will let you control playback or adjust volume with just a tap of its buttons, meaning you don’t need to get out of the shower and touch your phone to change songs. Plus, there is even a speaker and microphone for taking calls, so you won’t miss anything important just because you’re bathing.

It’s water-resistant rating only protects the SoundBot from splashing; however, It installs super easily with a suction cup that is attached to the back of the speaker, so you should have no problem finding a place for it that’s out of harm’s way. 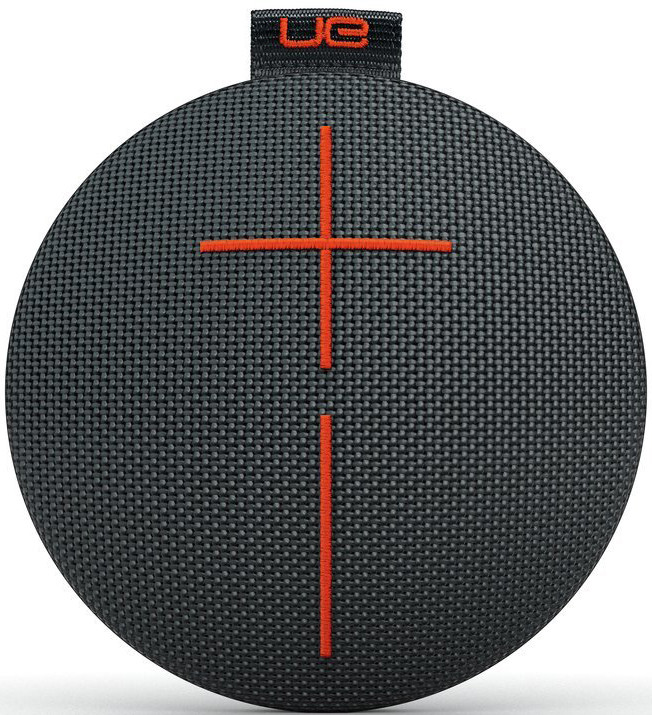 The Ultimate Ears Roll has an IPX7 rating, meaning submerging it in up to 3 feet of water for about half an hour won’t cause any damage, so your daily showers won’t affect it at all. Plus, on the back, it comes with a bungee cord loop, making it easy to wrap or tie the speaker around your curtain rod or shower head, so it stays out of your way while you’re headbanging in the shower.

The Roll 2 was just released and it does come with a couple of improvements. It has better sound, regarding both volume and quality, than its predecessor, and it also has an increased Bluetooth range of 100 feet, meaning your phone or tablet doesn’t even have to be in the hot, steamy bathroom while you’re getting clean.

We have links to both versions below because you may be able to find the original model of the Roll on sale, though the value of slightly better sound may not be worth the price difference. That’s a decision best left up to you. 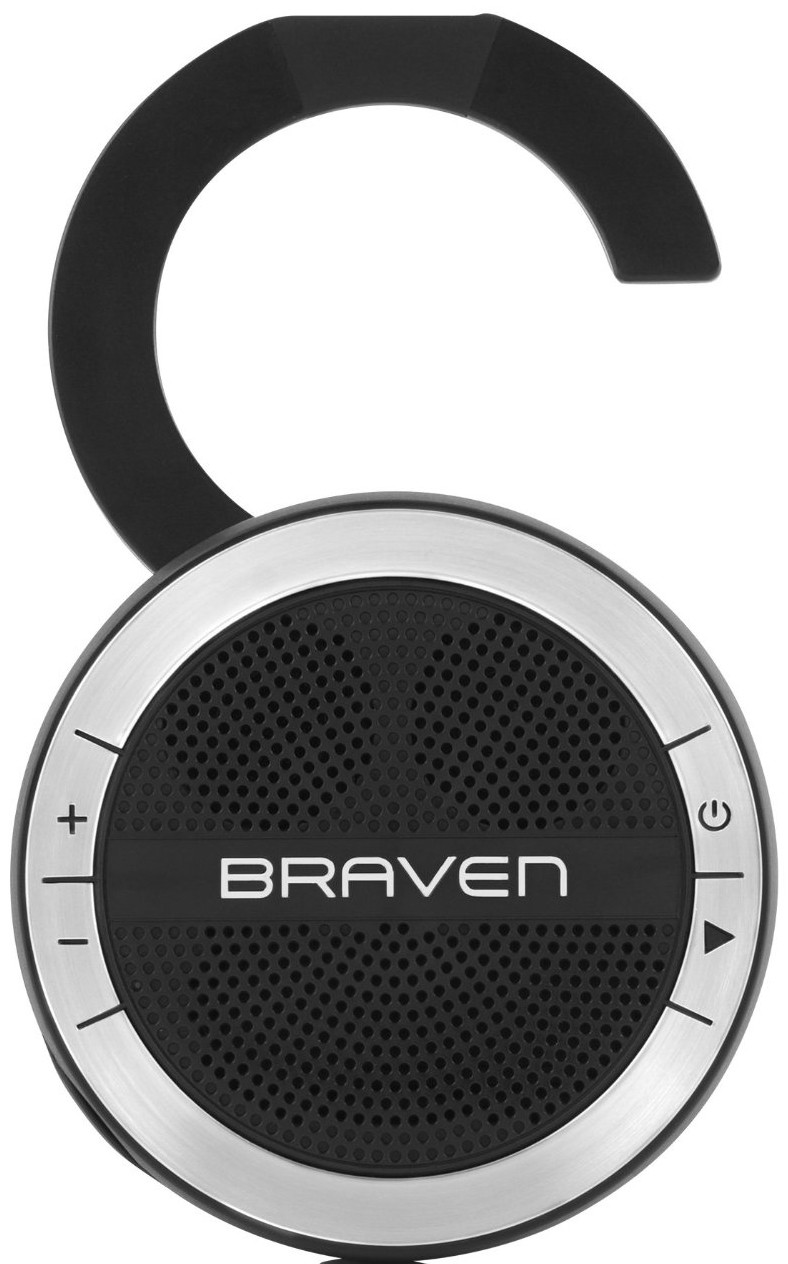 The first thing you will notice about the Braven Mira is the impressive sound quality for such a small device. It manages to stuff two drivers and a passive radiator into its small protective housing, giving the Mira the ability to sound full and provide some decent bass.

The hook on the back of the speaker allows it to hang easily from your shower head or it can even be used as a kickstand, allowing it to sit nicely in the corner of your tub. Plus, the battery lasts for up to 12 hours of playback, so even the longest shower takers should get more than enough time between charges.

Its waterproof rating is IPX5, meaning it can handle being hit by the stream from your shower head, which is more than enough protection for the average user.

Although it’s another speaker you will need to rest on a shelf or the side of your tub, the Fugoo Sport is an awesome device.

The thing that stands out the most is its 40-hour battery life. If you are truly using this in just the shower, you could probably go for weeks without needing a charge. With a waterproof rating of IP67, not only can you submerge the speaker in 3 feet of water for 30 minutes, but it’s also dust-proof, meaning dirt and other particulates won’t cause you any problems.

On top of it all, the sound quality is very good. The Fugoo Sport has six drivers that are spread out across all four sides, giving you clear, well-balanced 360 degree sound.

Taking the UE Boom 2 into your shower is absolutely no problem as it has a very high water-resistant rating, allowing it to be submerged in 3 feet of water for 30 minutes. It’s also protected against dirt and mud, but you can hand-wash the speaker with warm, soapy water just in case it gets messy.

UE Boom 2’s battery will last you approximately 15 hours of playing time, which should amount to a lot of time in the tub, and has a Bluetooth range of 100 feet, making sure your phone, tablet, or PC doesn’t have to be anywhere near the water. Plus, if you truly want the Boom 2 to live up to its onomatopoeic name, you have the option to set up another one to make a stereo pair and really raise the roof.

Are you a shower singer? Let us know your favorite speaker to take into the shower with you by leaving us a comment below!

Read more from News
News
← Skype as your default Android messenger and dialer? It’s almost a reality
Verizon will disable the Galaxy Note 7 on January 5th →