Finally, there’s a Mario game on smartphones. As promised, Nintendo has released Super Mario Run today, giving iPhone and iPad users a new way to run, leap and spin through the Mushroom Kingdom. It’s an auto-runner, meaning the portly plumber will jog, hop and vault over obstacles automatically. You tap the screen to jump, leaping across gaps and goombas to collect colorful coins. It sounds simple, but there’s a surprising amount of complexity to the platforming. Like Rayman Jungle Run, timing is essential to unlock contextual moves, such as rolls and wall jumps. 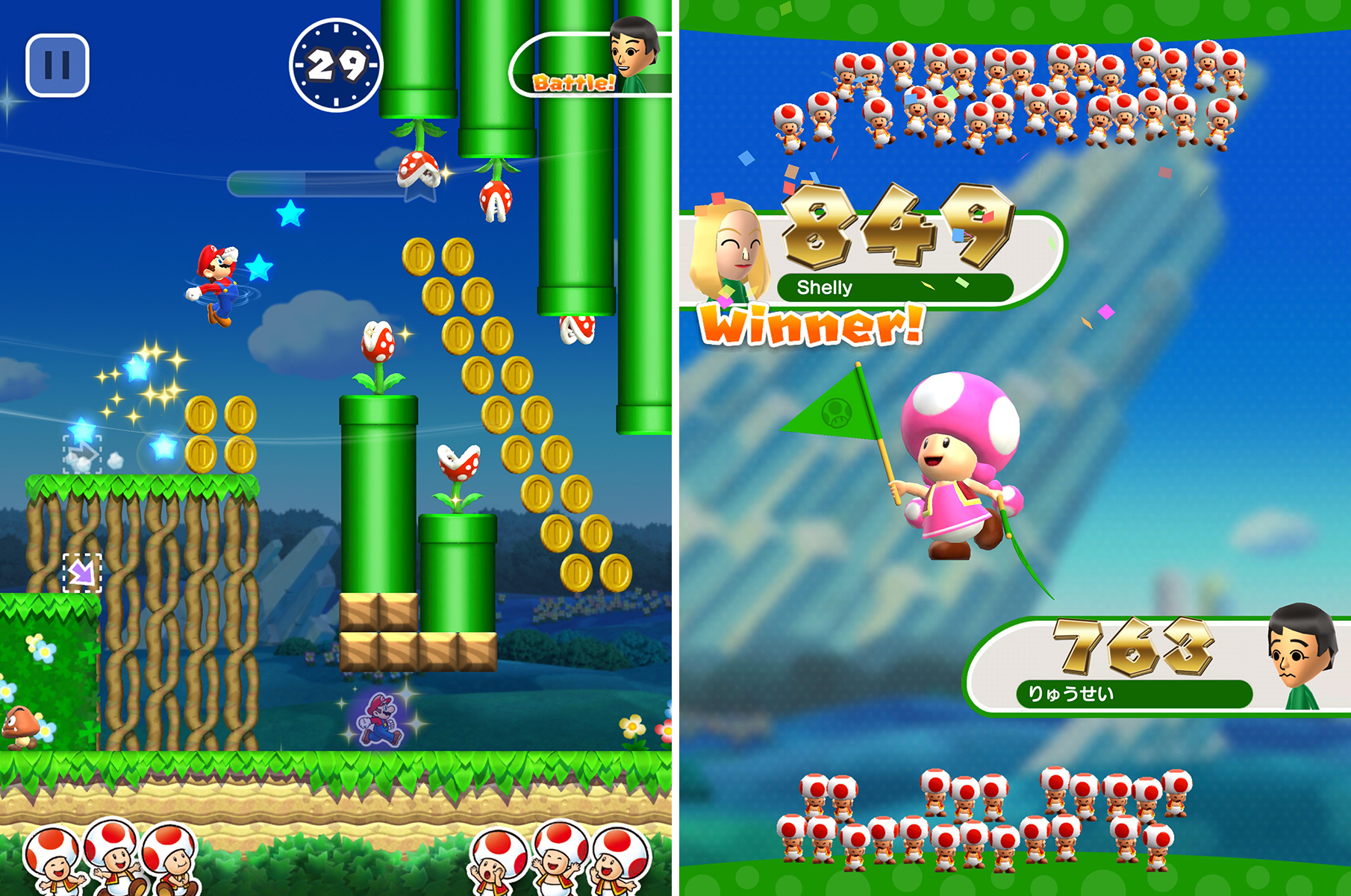 The game has a one-time fee of $9.99. Nintendo is keen to avoid the free-to-play mechanics that plague so many smartphone games, focusing instead on quality and traditional replayability. The levels are challenging enough, tasking players to collect coins of increasing difficulty. With plenty of stages and worlds to explore, they should keep you preoccupied for hours. There’s also Kingdom Builder, a basic village design mini-game, and Toad Rally, an aysnchronous multiplayer mode that emphasises style over brute-force level completion. The three modes feed into one another too, unlocking one-time “rally tickets,” enemy score multipliers and more.

It’s not all rosy, however. Nintendo has been criticised for demanding an always active internet connection. (The company says it’s to stop piracy.) If you’re the type of person that likes to game on their morning commute, or has to ration a modest data cap each month, this could be a deal-breaker. Regardless, it’s a landmark moment for the company and it’s beloved mustachioed mascot. Miitomo was an interesting experiment, sure, but it pales in comparison to the potential of Super Mario Run. This is a true platformer, albeit one with limited controls, that could make a ton of money and improve Nintendo’s standing in the public conscience.