When JAXA’s Kounotori (white stork) 6 left for the ISS, it was carrying a small parachute called “Exo-Brake” with it. Exo-Brake was designed to give small satellites and payloads a way to return back to Earth without getting destroyed in the process, and NASA will put it to the test in 2017. The contraption looks like a small, cross-shaped parachute that deploys from the rear end of the payload to increase the drag during the de-orbit phase.

To make sure the payload lands where it can be retrieved, a ground team will control Exo-Brake’s movements by relying on a real-time simulation of its orbital trajectory and adjusting its system of mechanical struts and flexible cord. NASA already tested an older version of the parachute back in 2013, but that one couldn’t be controlled like this new model can.

Exo-Brake is part of a larger experiment called Technology Education (TechEdSat-5), which also includes testing an avionics board that uses Intel’s Edison microprocessor. If the de-orbit device successfully ferries the TechEdSat-5 satellite back to Earth, then its design could be used as a building block for larger systems that can carry payloads to Mars and other celestial bodies. 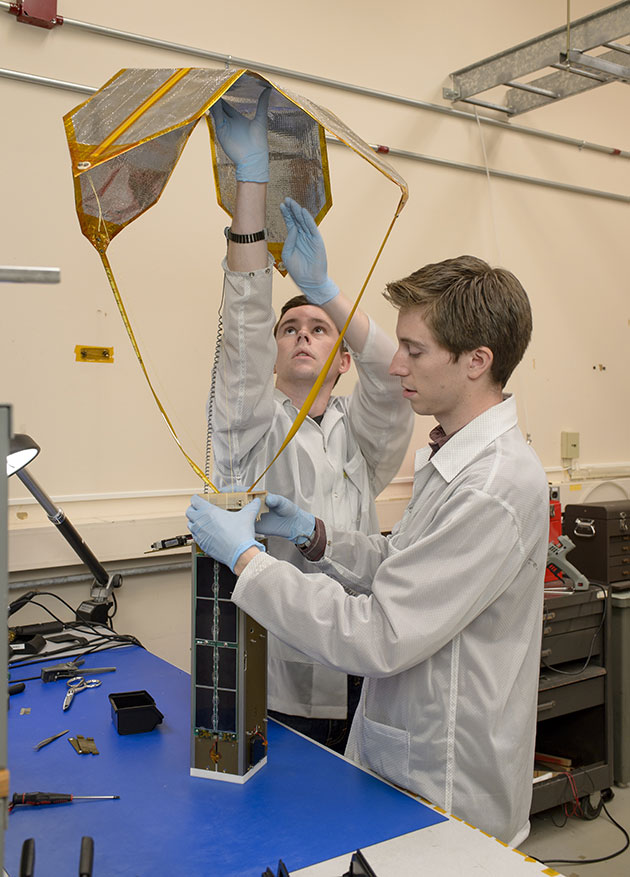