Blocky Cars Online is a multiplayer car battle game that allows you to build a car and compete against others online in a collection of modes, level up, and unlock rewards.

Cost: Free (With ads and microtransactions)

Playing Blocky Cars Online immediately brought me back to 1999, where I’d be found playing Lego Racers on my N64 in my pajamas. That game allowed you to build your own car in classic lego-brick fashion and race around in az Mario-Kart inspired kart racer. It was wonderful to my seven-year-old mind, even if it isn’t as great as I remember now.

Blocky Cars Online has a similar story, build your own car to compete in various game modes, except now you can play online with other players and the cars are not made of Legos. The game does have some unique elements as well, like the ability to leave your car and battle on foot, as well as unique vehicle movement like flying. Also, much like Lego Racers, Blocky Cars doesn’t quite hit the mark every time but gets a few things right, and for some, that’s more than enough. 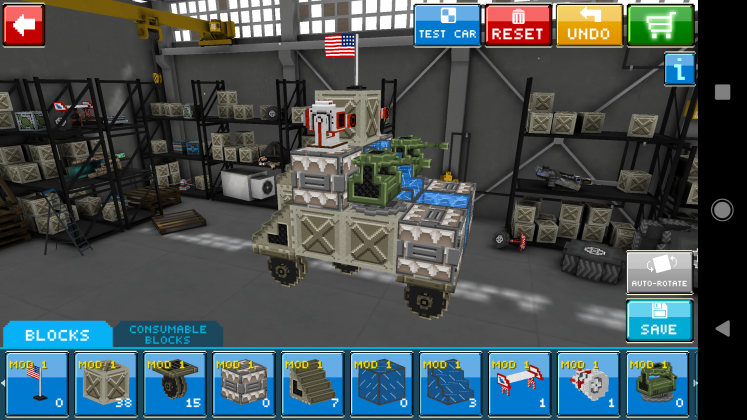 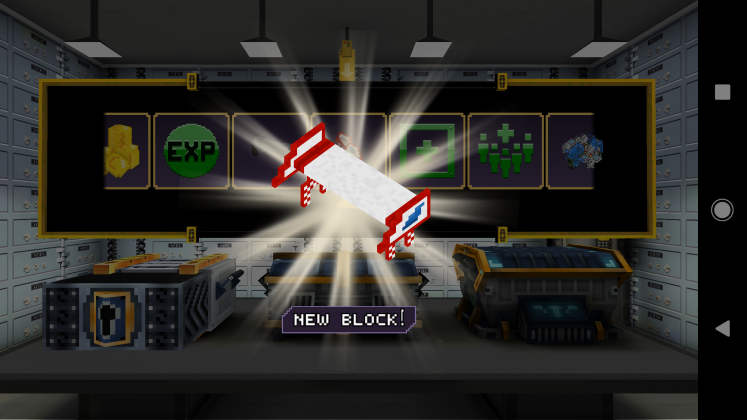 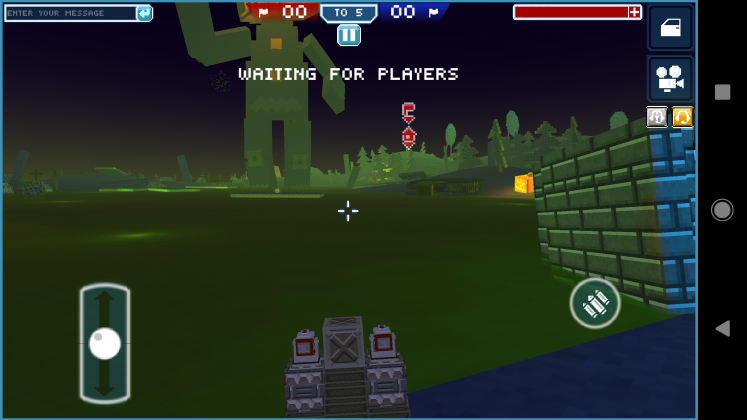 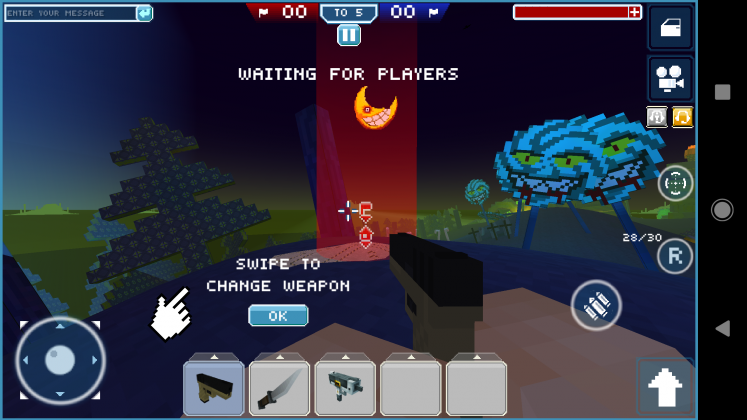 Players can leave their cars and fight on foot.

Blocky Cars Online’s main focus is the cars themselves, and in that department, they do a fairly good job. Car customization is simple and easy to use, and the selection of blocks available is pretty extensive. There are different material blocks to build with; boosters, engines, and weapons to choose from; and a bunch of cosmetic items to make it your own. Building a simple car that I was pleased with took only a few minutes, and there are multiple slots in the garage for you to have a few different designs. Unlocking the various blocks does take a bit of time and in-game currency, but the starting equipment you’re given is plenty to make something cool with.

Gameplay-wise, Blocky Cars is solid, if a bit frustrating at times. The controls for the car are pretty simple, but sometimes navigating terrain is a chore, due to slow steering and imprecise touch controls. This is especially apparent in attempting to make your car fly. Multiplayer sessions are often a mess with cars all over the place, making it difficult to get a bead on anyone or go exactly where you want to. It works just enough for me to say it isn’t unplayable, and for a free game, that’s just fine.

There are a few game modes, including dueling, capture the flag, a drivers-only mode like team deathmatch, and a few other car combat modes as well. They all generally involve shooting the enemy player with your weapons, and there aren’t any real surprises to be found here.

Visually, the game looks pretty good. The graphics are, well, blocky, but they look alright and they are colorful and varied in style and theme depending on the level you’re playing in. The blocks are primarily square-shaped, with few other geometric shapes to speak of, which works with the aesthetic of the game. Overall, the graphics are simple but effective without being too crude. Same can be said of the sound, with decent sound effects for the weapons and cars, but some pretty uninspired musical accompaniment.

One thing that really holds Blocky Cars Online back is its lack of a user base. The matches I was a part of rarely had more than 2 or 4 players at a time, and I often waited more than five minutes to get into a game. That’s a bit too long for my liking, and the game doesn’t have a single-player component to give me something to do when there’s nobody around. Time will tell if this improves as the game ages.

Blocky Cars Online is an all-around solid game. It runs well, is simple and easy to pick up and play, and has a decent amount of depth in its game modes and car customization. The only thing really holding it back is it’s small user base, but that can change over time. This is definitely a great game for kids and lovers of car games and fans of Legos as well.