Facebook has kept its promise to be more transparent after it discovered that its system has been embellishing video views and ad data. The social network has admitted to (and fixed) a few more faulty metrics, starting with Live video reactions. You know those reaction emojis that flow across your screen while you’re watching Facebook Live? Well, you can “react” as many times as you want during the broadcast, but the website’s counter should only count your first to determine the total number of “Reactions from Shares of Post.”

Since this is all about faulty metrics, you can probably guess what happened: Facebook counted users’ extra reactions under the section, when it’s supposed to count unique reactions only. Now that the issue’s been fixed, broadcasters can expect to see their “Reactions from Shares of Post” count fall by about 25 percent. On the other hand, they should see their “Reactions on Post” count (the metric that measures all reactions, not just unique ones) swell by around 500 percent. 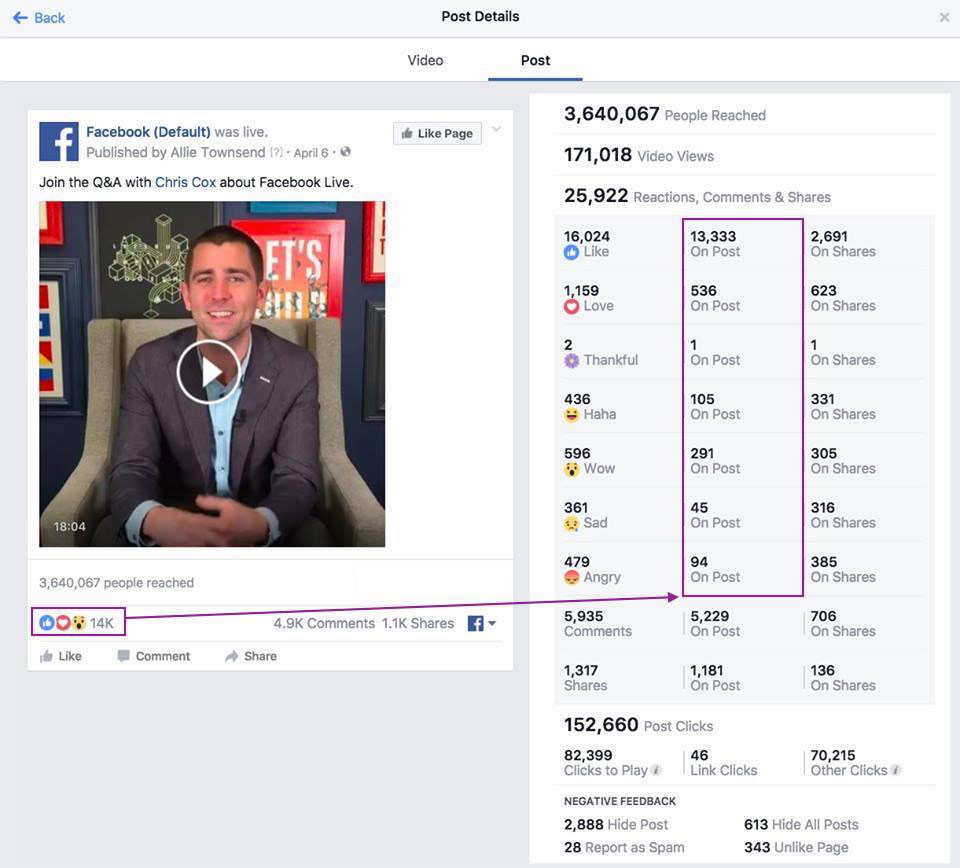 Facebook also found that there’s a discrepancy in the number of Shares, based on where you’re looking. For instance, a web page’s Shares total on the FB app might be bigger or smaller than the number of Shares you’ll see when you copy-paste the same URL into the app’s search bar. The company still doesn’t know what’s causing the problem, but it vowed to look for a resolution. Finally, the social network has included something in the update that’s not exactly about faulty data: it has improved its estimated reach tool to give advertisers a better idea of their campaign’s potential.