How to turn off screen overlay on Samsung Galaxy S7 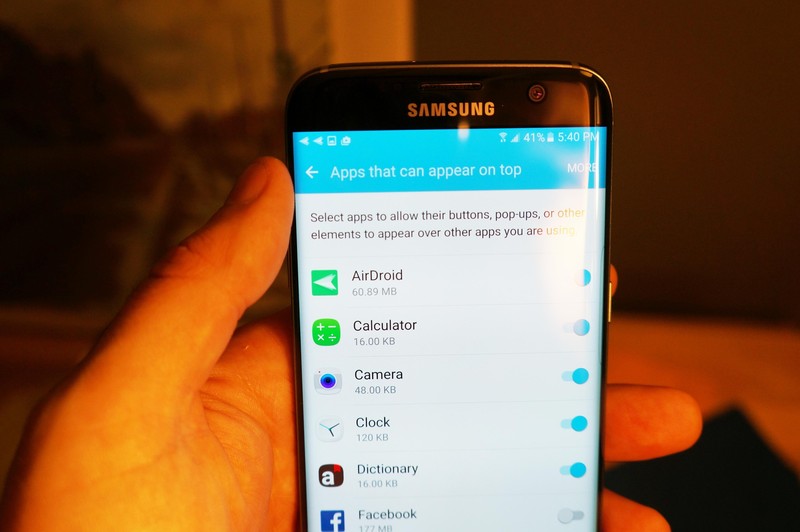 This is one of the more confusing error messages afflicting some Galaxy phone owners. The fix is relatively simple — but a little investigation may be required.

Here’s a perplexing issue that’s been affecting Samsung Galaxy S7 owners — in addition to folks on a handful of other Android devices. It goes a bit like this: You start up an app for the first time and accept the usual permission dialogs. Then you’re hit by a message like this:

Screen overlay detected To change this permission setting, you first have to turn off the screen overlay in Settings > Apps.

The simplest fix is to basically do what the dialog box tells you to do. The language is a little confusing, but what it’s asking you to do is:

Launch the Settings app from your home screen or app drawer.
Scroll down and tap Applications.

Tap More to open the menu in the top right corner.
Tap Apps that can appear on top. 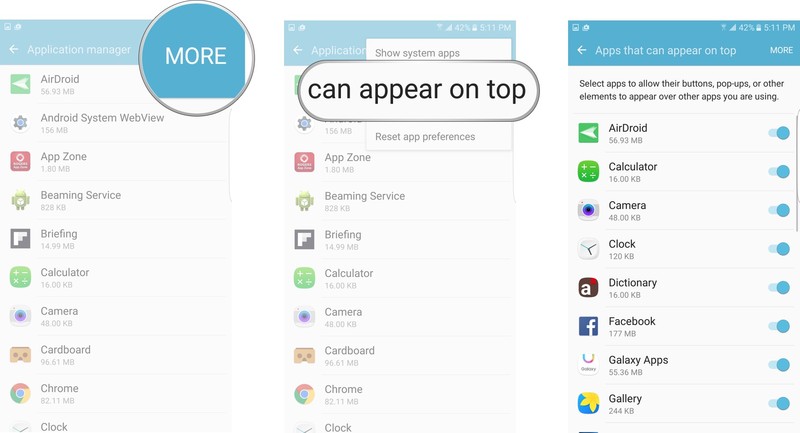 From here, you’ll need to track down the app that needs permission to use a screen overlay — usually the app you were just using. When you’ve found it, tap the toggle next to it to turn it off, and you should be good to go.

Note: It’s not always clear precisely which app is trying to use screen overlays. Clean Master has been reported as one app likely to cause issues, as has alert center app Drupe, and Lux, which lets you adjust the color of your screen. If in doubt, think about any app that might change the way things appear on your screen.

Once you’re done, try starting the app you were originally using once again. With any luck, you’ll be able to grant it permissions and start using it as normal.

As this issue is a particularly tricky one, if you know of any apps likely to cause problems with display overlays, be sure to help out and let us know down in the comments!