Editors’ note, August 9, 2016: ChefSteps announced this week that it reduced the retail price of the Joule to $199 and the preorder price to $149. People who preordered the Joule at the higher price will receive a refund for the difference.

There’s not much to look at when you unbox the Joule immersion circulator. But that’s the point of the latest connected sous vide machine that’s on its way to American kitchens.

ChefSteps, the Seattle-based food and technology company that created the Joule, will begin shipping it in September to customers who preordered the $299 device. You use the Joule for a cooking method called sous vide in which you vacuum-seal food in a plastic bag and cook the food in a controlled environment, like a water bath. Like other immersion circulators, you put the Joule in water, and it circulates and heats the water to precise temperatures for cooking.

We got our hands on a beta version of the Joule, so I compared it to similar sous vide immersion circulators we’ve reviewed and cooked one steak. I still have more testing to do, but here are some initial observations about and first impressions of the Joule: 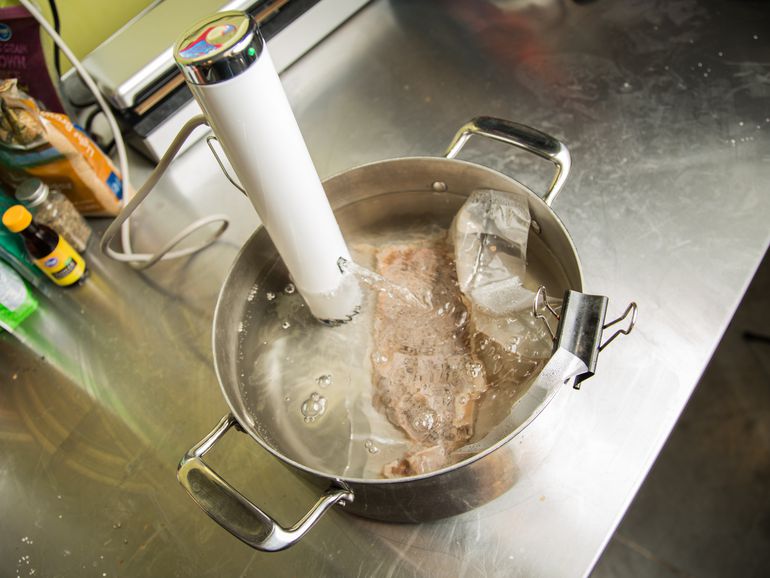 The Joule heats water for a sous vide steak. 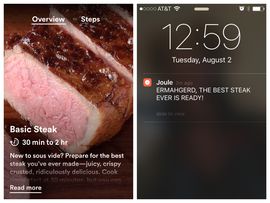 App instructions for preparing a sous vide steak (left), and a notification when the steak was finished (right).