As we’re finally beginning to see video games take diverse representation seriously, it’s almost poetic that Americans just elected a race-baiting misogynist as their next leader. It’s as if the resentment built up over calls for more diversity in media (which also reared its ugly head with the Gamergate crowd) reached a point where a significant portion of the country was ready to be charmed by a demagogue who promised to stop those pesky Social Justice Warriors.

Pop culture, be it games, film or novels, can’t help but reflect the society in which it was created. And that couldn’t be more true for Watch Dogs 2, a sprawling open world game that’s notable for placing you in the sneakers of Marcus Holloway, a black activist hacker. Instead of centering on a generic angsty white dude, like the first Watch Dogs, the new game fully commits to exploring the role of race and identity in the Bay Area and Silicon Valley today — ostensibly progressive environments that still have trouble finding a place for people of color.

Playing as Marcus, you come up against elements of structural racism throughout the game. Indeed, you start out by infiltrating a data center to erase your criminal record, after being unfairly racially profiled by the city-wide smart operating system, ctOS. When trying to hijack an AI-powered smart car, you’re told your face is too dark for its sensors to recognize. While that situation ends up being a pointed joke, it’s hard not to recall real life incidences like Google Photos labeling black people as gorillas. In another mission, Marcus and his friend Horatio have an extended conversation about what it’s like to be one of the few black employees at the massive tech giant Nudle (the game’s Google stand-in).

By playing through those situations, there’s a chance that gamers could actually learn to identify with characters far removed from their own experiences. It’s a slim chance, to be sure, especially with plenty of other voices in the community railing against just about any attempt at diversity. But for video games to truly evolve, both the audience and storytellers need to break out of their comfort zones. And hopefully, all of this will remind developers they need to hire different voices as well. 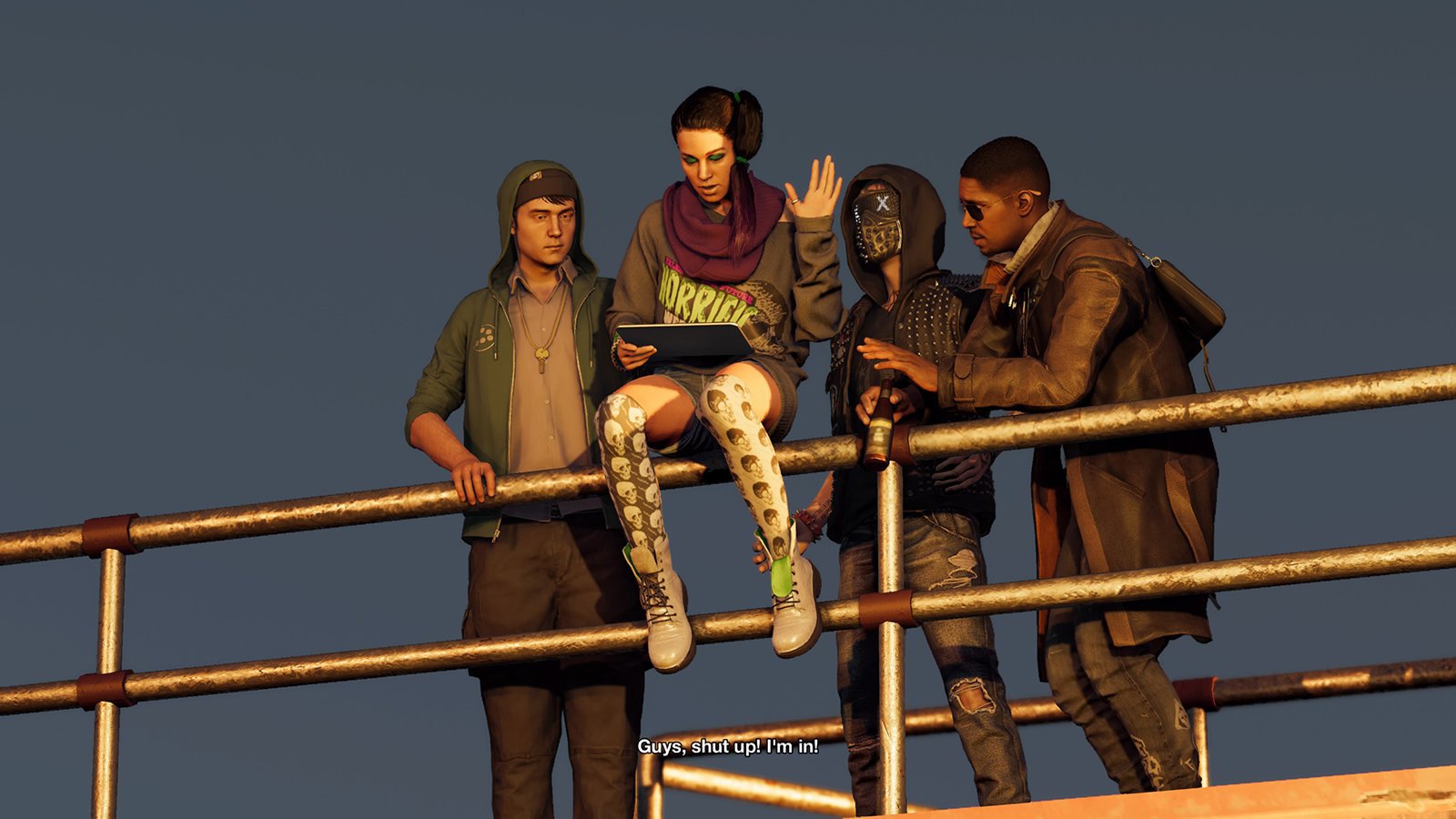 We often hear about art as a vehicle for empathy. It’s easy for us to connect with the subjects of photographs or novels (here’s a great breakdown of how that applies to film). Video games, despite not being as well respected as other artistic mediums, have the potential to be even more effective delivery mechanisms for empathy. You’re not just passively sitting and watching a narrative, you’re controlling a character as your avatar. That leads to a level of agency and connection that’s very different than most other mediums. (And let’s not get into the whole “can games be art?” thing. Any creative medium can be artistic, we’re better off focusing on what each of them brings to the table.)

Admittedly, Watch Dogs 2 could push a bit harder when it comes to race. While it touches on big topics, the vibe of the game is more of a fun romp through the modern tech industry than a scathing indictment. It’s more Hackers than Mr. Robot.

Mafia 3, another recent open world title, confronts racism more overtly. That’s mostly due to its lead and setting: It stars Lincoln Clay, a black Vietnam vet who returns home in the racially volatile late 1960’s, and tries to build a criminal empire in a fictional New Orleans-style city. Along the way, I encountered more racial slurs than I’ve ever seen before in a video game, along with smaller indignities, like having security tail you in fancy stores.

The key with both of those games — as well as Battlefield 1, which opens with a mission featuring the Harlem Hellfighters — is that they’re normalizing non-white main characters. That’s particularly important today, as racial divisions have flared up once again. It might take some getting used to for some players, but ultimately having a wider selection of potential characters will lead to more interesting games (something sites like I Need Diverse Games are devoted to).

While I’m a fan of games that let you change how your characters actually look, having players take on specific genders, races and sexual orientations lets game writers craft narratives suited to those identities. And in the right hands, that can be powerful.