With its recent update, the Pixel is now almost perfect 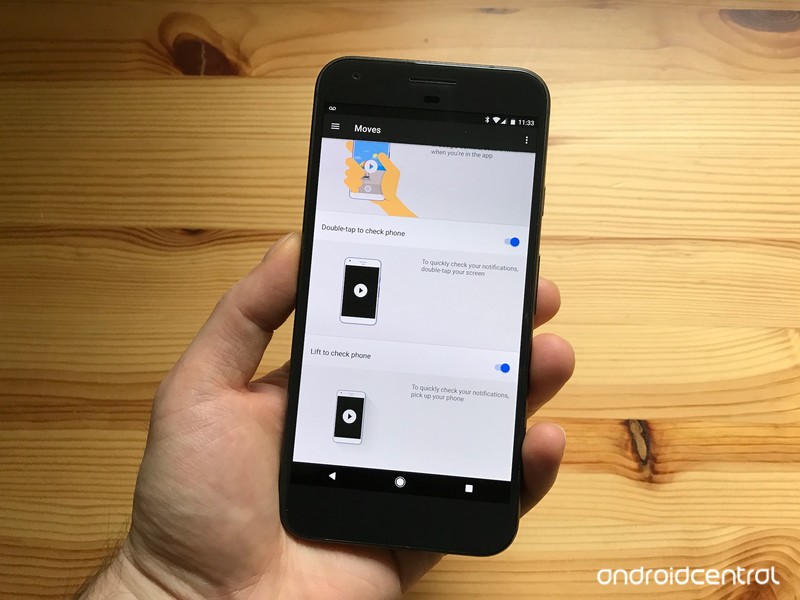 A lot of people were very upset by a fairly big omission in the Pixel’s Android 7.1-based Nougat software when it first came out: the fact that, unlike the Nexus 6P, the phone’s useful ambient display didn’t magically appear whenever the phone was picked up. It seemed like a strange thing to leave out given the phone’s lineage, but I am happy to say that with build NPF26J, first released to Canadians earlier this week, the functionality has returned, along with the ability to double-tap to turn on the screen.

These features are part of Google’s growing Moves gesture menu, which is currently exclusive to the Pixel and includes the ability to swipe the rear fingerprint sensor to access notifications, or double-press the power button to open the camera. None of these are new to the Android world, nor particularly novel, but they are important to the core functionality of the phone. Indeed, until yesterday, I felt very frustrated by what I felt was a significant drawback to an otherwise-fantastic phone.

“Double-tap to check phone” and “Lift to check phone” are common in many other Android phones, from Motorola to HTC to Samsung. They are examples of the conveniences we expect from modern flagships, and are sorely missed when they’re not included in new phones we regularly test. The interaction model is obvious, which is why such features have become so popular: the phone vibrates to indicate a notification, and the ambient screen pulses. But if you’re not around to see that initial pulse, you still want to check what happened, so you pick up the phone or take it out of your pocket — and for the last month, on the Pixel, nothing happened. The cycle was broken; the magic was lost.

Many Pixel owners I spoke to about this had the same feelings, that something felt broken with the device.

Even double-tapping to engage the screen, something I take for granted on almost every phone I buy, was not included. Many Pixel owners I spoke to about this had the same feelings, that something felt broken with the device. Thankfully, with the most recent update, all is well again.

The update also reportedly fixes most LTE connectivity problems associated with the Pixel, which is perhaps why it rolled out to Canadian devices before the rest of the world. While I haven’t experienced the problem, I am happy to report that we’ve heard of a number of people whose connectivity issues have been cleared up, though customers on South American carriers who sideloaded the update are still reporting problems.

It’s been an interesting month or so since the Pixel’s release — the phone has become so divisive within the Android community. Some, like many of us, believe it to be the best Android phone currently available. Others dismiss its utilitarian design, lack of waterproofing and expandable storage, and its high price, as reasons to avoid it. That’s fine; there are plenty other Android fish in the sea.

But with this update, the Pixel is now almost perfect for me — no phone is perfect — and reinforces my belief that it is the best Android phone you can buy right now.