Xiaomi Mi MIX Hands on – the future of smartphones?

While everyone was privy to the launch to the Xiaomi Mi Note 2, Xiaomi took everyone by surprise at their press event in Beijing a few days ago with the introduction of a near bezel-less smartphone. Granted, this isn’t the first of its kind that we’ve seen, but Xiaomi has definitely improved on what was available before with devices like the Sharp Aquos Crystal, in terms of design, aesthetics, specifications, and features. We go hands on with the Xiaomi Mi MIX!

There being practically no bezels on three sides of the display including above it brings up some interesting questions with regards to the proximity sensor and the speaker to listen to calls. Xiaomi has managed to circumvent their need by using a sonar-based sensor and by placing the speaker below the display and using ceramic vibrations to allow for the audio from a call to be heard. Everything else has been placed below the display, including the front-facing camera, resulting in a more upward facing perspective when using it because of its placement.

Of course, it’s all about the screen with this device, with the Mi MIX featuring a 91.3% screen to body ratio. The device comes with a 6.4-inch IPS LCD display with a 2048 x 1080 resolution, and anyone looking for additional screen real estate for work or play will have no complaints with this phone. The display and the phone are truly a sight to behold, and is certainly going to garner a lot of attention. 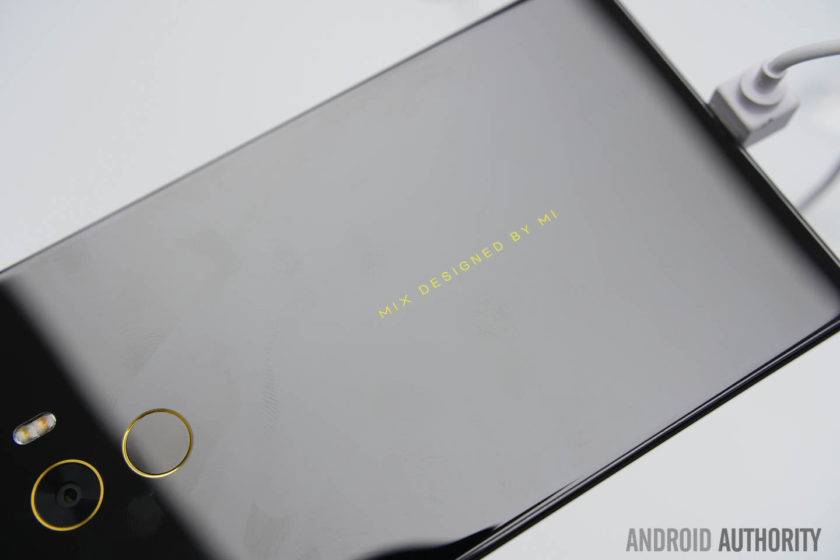 The Mi MIX is built with ceramic, which gives it a very elegant and shiny look. The phone is a touch unwieldy however, not only due to its size, which actually isn’t all that bigger than other smartphones that feature much smaller 5.5-inch displays, but because the ceramic makes the phone very slippery. Xiaomi has included a high quality soft leather case in the box that helps provide a lot more grip.

Under the hood, the Mi MIX packs what you would expect from any current generation flagship smartphone, including the Qualcomm Snapdragon 821 processor, backed by the Adreno 530 GPU and 4 GB or 6 GB of RAM depending on which version you opt for. The premium version visually differs from the standard iteration by featuring 18k rings around the camera unit and the fingerprint scanner on the back. The former also comes with 256 GB of internal storage, compared to the 128 GB that is available with the latter. Regardless of which version you pick, performance should not be an issue with either, and the storage in both cases should be more than enough to store all your apps, files, photos, and videos. The device doesn’t come with expandable storage capabilities, but very few people, if any, will miss this feature.

The Mi MIX comes with a 16 MP rear camera and a 5 MP front-facing unit, and keeping everything running is a large 4,000 mAh battery. We can’t wait to put this device through its paces, and luckily, we do have a review unit already, so you can expect a comprehensive review to be available shortly. 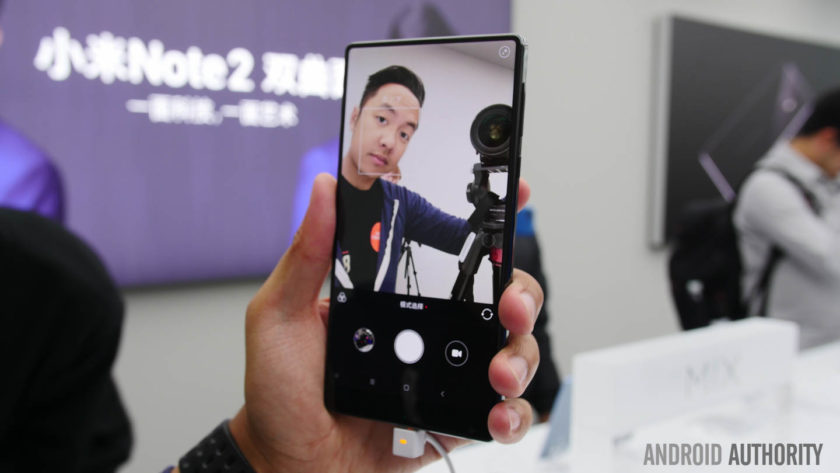 The Xiaomi Mi MIX will be available in China from November 4, priced at RMB 3,499 (~$519) for the 4 GB of RAM and RMB 3,999 (~$593) for the 6 GB of RAM iteration. However, with this device being a concept phone, it will be manufactured in limited quantities, and it is unfortunately quite unlikely to make its way to other markets around the world. You may still be able to import it, but you will have to make sure of network connectivity before doing so. 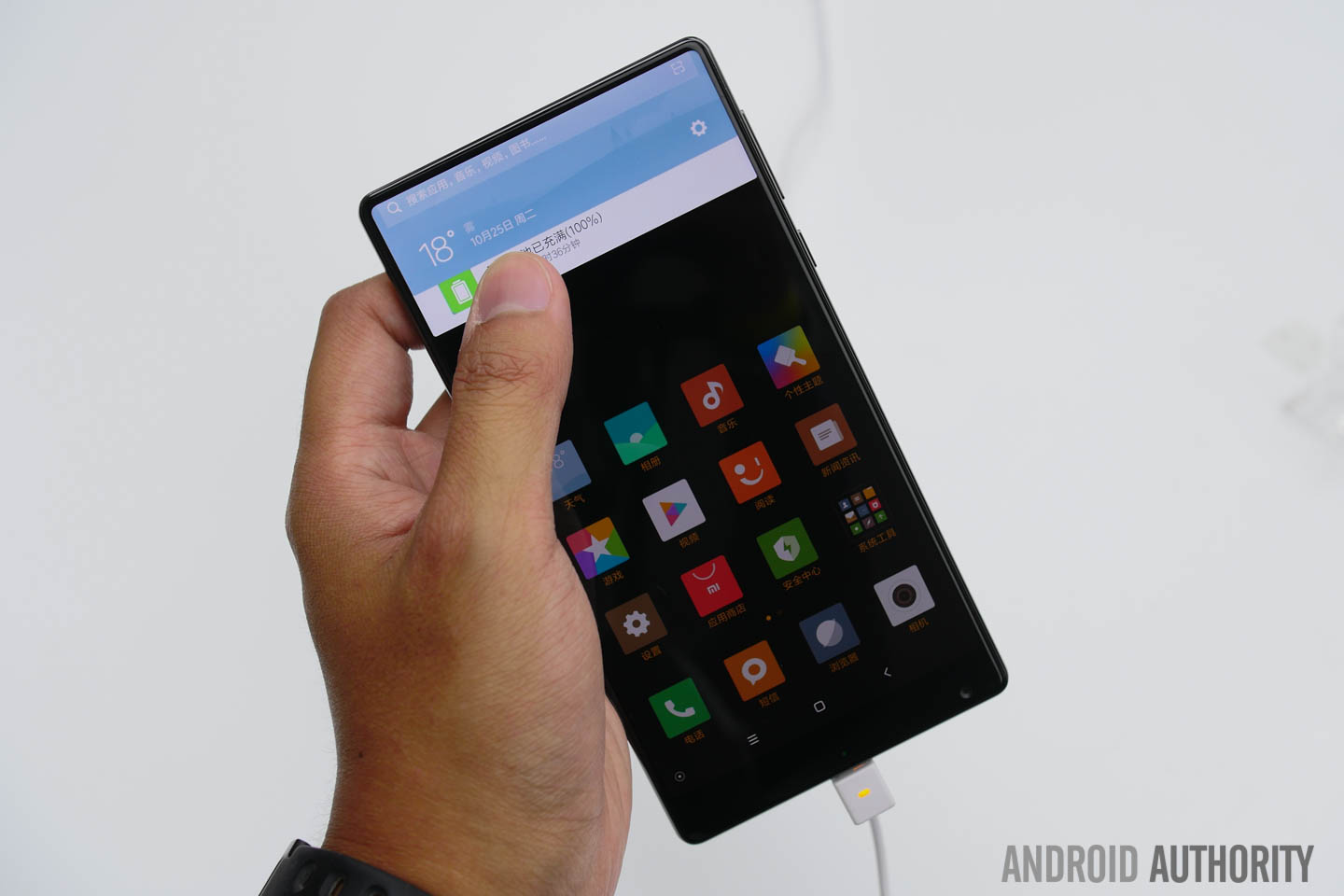 While its lack of availability is unfortunate, Xiaomi is certainly paving the way for what the future hopefully holds, and in a year where smartphone design hasn’t caused much excitement, the Xiaomi Mi MIX is a breathe of fresh air. Stay tuned with Android Authority for the in-depth review of the Xiaomi Mi MIX, and more on the company’s other big launch at the event, the Mi Note 2!