Dropbox pushes further into education by partnering with Blackboard

Dropbox is continuing to make the education market a priority as it looks for new customers. About six months after introducing its first product aimed specifically at schools, the company is announcing a new partnership with Blackboard Learn, one of the most widely-used “virtual learning” applications out there. If you haven’t used Blackboard Learn before, it’s a tool that makes it easier for students to collaborate and for professors to build an online home for their coursework.

The new partnership will put Dropbox right in the middle of Blackboard Learn — if you have a Dropbox account, it’ll be the default document sharing and collaboration tool in the app. Students will be able to work on documents shared in Dropbox together and use it to share files with their course instructors. And while Dropbox is now selling an education-focused product to universities, Blackboard Learn will support any level of Dropbox account. So students who may not want to shell out for a paid Dropbox account can still take advantage of it (until they run out of space, anyway).

Professors will also be able to use Dropbox as the default sharing space when organizing materials for a particular class. All the class materials can go into Dropbox, but students accessing the files won’t need to leave the Blackboard Learn experience — Dropbox will be integrated right into the software, without the need to jump to a separate website or app. 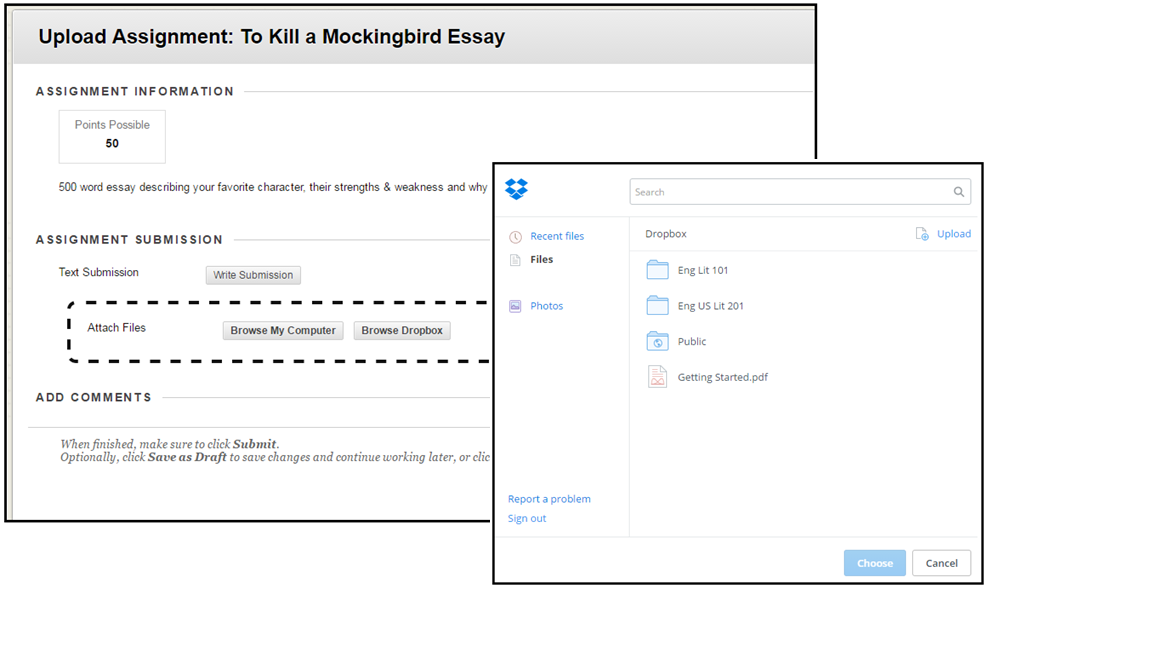 In a lot of ways, it’s similar to how Dropbox has been integrated deeply into Microsoft’s Office products over the last few years. When you use Office 365 online, Dropbox can show up as a default place to save and store documents, essentially putting it on the same plan as Microsoft’s own OneDrive. “A big part of our strategy is making dropbox work seamlessly with applications that people use every day, just like we did with Office,” says Billy Blau, head of Dropbox’s technology partnerships.

Given that 100 million people are using Blackboard Learn, it sounds like this partnership is another example of the company integrating with a tool that many of its education-focused customers are likely already using. And the company says that the number of education institutions using Dropbox jumped from 4,000 to 6,000 since it rolled out its new edu-focused plans in May. If you’re in education, either a student or a teacher, using one of Blackboard’s products, Dropbox integration should be rolling out today.