The Good New diplomacy, research and city building systems make this the most in-depth Civ yet. It looks gorgeous, and it’s the best of a 25-year-old series.

The Bad The learning curve can be brutal, especially for newcomers and the playtime required to get through even one round could send some screaming for the hills.

The Bottom Line If you’re a fan of the franchise, or you’re curious enough to dip your toe in the water, Civ VI is the best that 4X strategy gaming has to offer.

If you’ve never stayed up till 3 in the morning mashing the “next turn” button, the Civ games all have one thing in common. They’re all turn-based, 4X (“explore, expand, exploit and exterminate”) strategy games where you, playing as a great historical leader, lead your people from prehistory to global domination. Or just keep starting new games over and over.

The devil, of course, is in the details. Every leader and civilization comes with different unique bonuses, there’s a handful of different paths to victory and the maps are randomly generated with each new game. Civ VI is the product of 25 years of refinement of this formula, and it absolutely shows.

New Civ games have an adoption rate worse than new versions of Windows. The common wisdom is that a newly released version of Civ won’t be as good as the previous version with all its expansions. Civ VI bucks this trend by hanging onto all of the best features from V (and its expansions), while introducing a host of new ones. 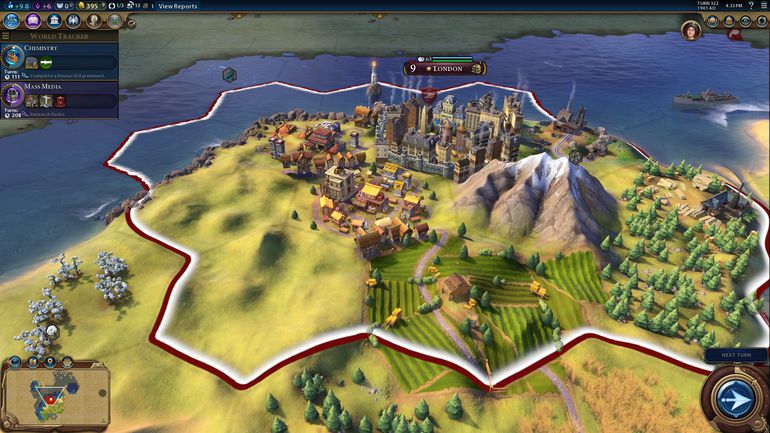 The most obvious change is that your cities, previously confined to one tile on the hex-based map, are now spread out over multiple spaces. That not only leads to a balancing act over things like choosing whether to harvest natural resources or use the space for developments like economic districts, it means your cities just look more impressive as they expand.

Civ VI feels more dynamic. It’s moved away from a static progression style for your civics, government and research where once you picked an option, it was there to build on for the rest of the game. VI lets you do things like gear your social policies toward producing a more effective military, and after the completely justified war, shift focus to rebuilding your cities and keeping your post-war populace happy.

Speaking of war, you can now also use casus belli — justified reasons for conflict with enemy Civs — to massively reduce the diplomatic penalty for warmongering usually tacked on to declarations of war.

Progression on the huge scientific research tree is now no longer entirely determined by an abstract “science” production value, and you can get contextual bonuses based on how you play. Kill an enemy with slings, get a bonus to discovering Archery.

The breadth of the new civic system, the expanded cities, deeper diplomacy and research tree make your choices feel more personal, important and specialised. You feel like your Civ is your own, not like you’re racing to the end of the tech tree for the umpteenth time.